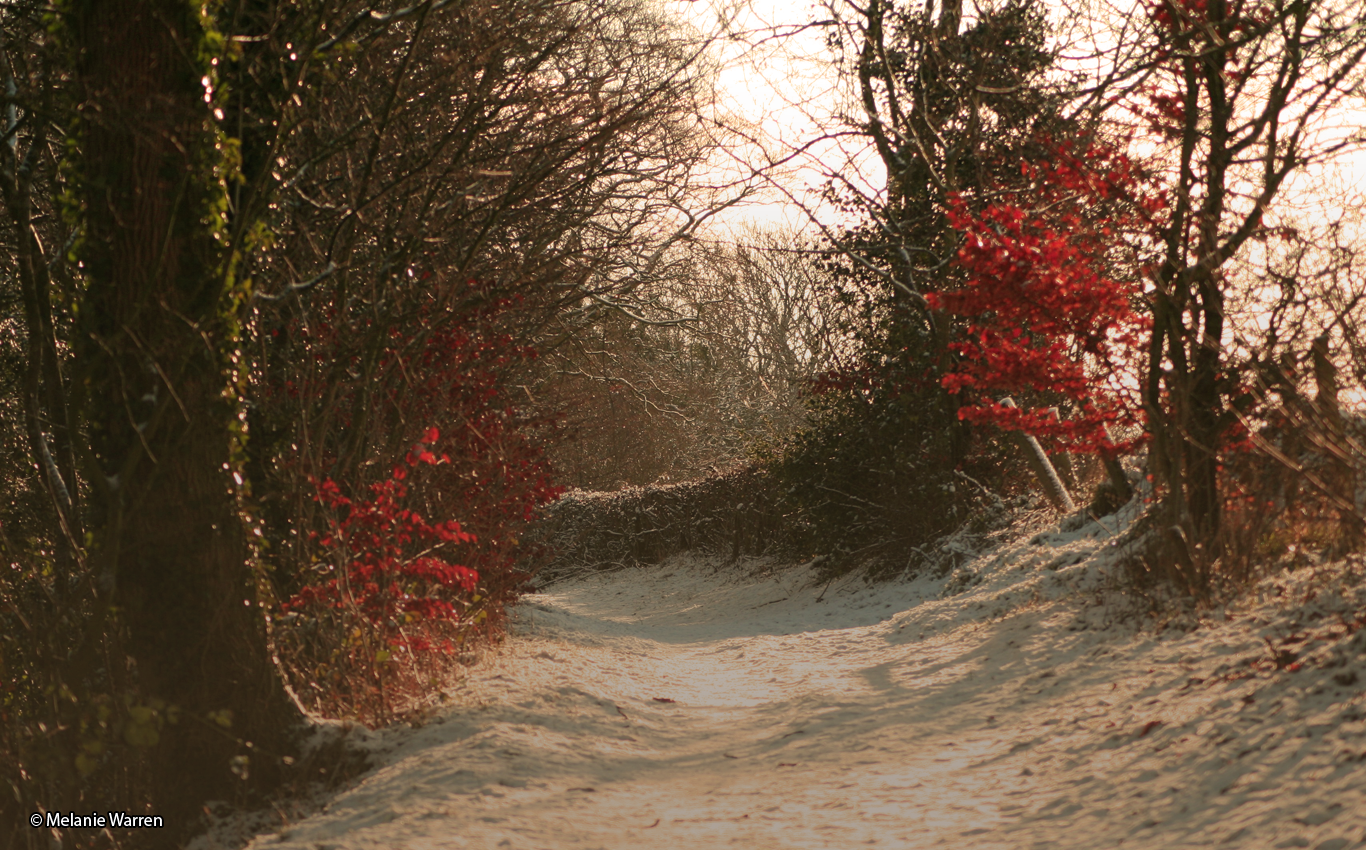 Christmas is over, New Year has been well and truly celebrated, and most of us are back at work by January 4th at the latest. All we have to look forward to is the rest of January, a month which is cold, dark and devoid of any reason for fun and games. But what about Epiphany? The rest of world enjoys hearty festivities on this day so why are we Brits so ignorant of its importance? Let’s break out the Prosecco again and take a look. And maybe start a petition to Bring Back Epiphany!

Epiphany celebrations begin on January 5th, the eve of the Epiphany, when the Three Kings brought their gifts of gold, frankincense and myrrh to the Christ child. This is usually forgotten when setting up our Christmas crib display; the Three Kings are there right from the start. Alternatively, depending on which particular branch of Christianity you follow, the date remembers Christ’s baptism in the River Jordan or the miracle he performed at the wedding at Cana. All three events are taken to be manifestations of Jesus as the Christ and thus each is an ‘epiphany’ in its own way.

In older times, Christmas carols were sung on the eve of Epiphany, just as on Christmas Eve today; groups of people and children would visit houses and sing for treats. Spiced ale or wassail was also a favourite Twelfth Night drink, as it brought a reminder of the spices given to the Christ child by the Three Kings.  The Christmas punch we often drink is but a memory of the old wassail, but the original Twelfth Night wassail ritual does still survive, the spiced punch being used to ‘wassail’ or bless orchards of apple trees to ensure a good harvest in the coming year. Twelfth Night Cake, on the other hand – whatever happened to that?

Twelfth Night Cake was a fruit cake, in which was hidden a bean, a pea, a clove, a twig and a rag. The man who found the bean became King for the night, and the lady who found the pea became Queen. The finder of the clove was a villain, the one who found the twig was a fool, and the rag signified a tart. (No further explanation of ‘tart’ is forthcoming…) In Britain, this traditional cake has morphed into Christmas Pudding, complete with its silver sixpence, but the full-on Twelfth Night version sounds much more fun.

Other European countries still celebrate Epiphany with a cake, eaten on January 6th, the Day of Epiphany. Most cakes contain only a bean, whose finder will be King for the day. In Germany, the cake is a spice-filled pastry ring – in Switzerland it is sweetened bread dough spiced with cardamom.  The French enjoy almond-paste fillings, even sponge cakes. Some modern versions of the cake replace the humble bean with a trinket and a paper crown.

Just a note – if you are one of the many who can’t abide fruit cake, next Epiphany head for Colorado where they hold the Great Fruitcake Toss. It seems the Americans have lost their taste for this delicacy and their ancestors’ old English custom has morphed into a competition where suitably dressed Kings present their intricate cake-throwing devices and see how far they can make a fruitcake travel!

Another reason for designating Epiphany a national holiday is to spread the Irish habit of giving all women the day off. Traditionally, the women did all the work associated with Christmas, so on the day of Epiphany, they were served with a special meal cooked by their spouses and children. With wine, to honour the miracle at Cana. Today, celebrations are more likely to be held at a restaurant, but it seems like a good plan to me.

Outside of Britain – in fact, all around the world – January 6th is a public holiday known as Day of Kings, or Three Kings Day. Many countries enjoy lavish parades as part of their festivities. Children from countries as far afield as Mexico, Puerto Rico, the Philippines and Spain leave their shoes by the door and wake to find gifts in them, left by the Kings who visited them in the night. They also leave grass and water for the Kings’ camels and those will, naturally, have vanished by morning.  In Italy, children are visited by Befana, a witch-like woman complete with broomstick who leaves gifts now because she was not able to visit the Christ Child with the Three Kings. In all those countries, children who have not been good will receive only a lump of coal (which is really candy).

Carol-singers save their singing for Epiphany; groups of children go from house to house singing traditional carols and other songs about Jesus’ life. They sometimes carry lanterns and so in Germany and Austria they are known poetically as ‘star-singers’. They are rewarded with treats but also gather donations which they will bring to their church the following Sunday, for their chosen charities.

So far so good – but there is one Epiphany tradition which, I vote, should not be added to our petition, for fear it would prevent people signing up. In fact, a remnant of this tradition may still be replayed here each year, in the form of Brighton’s traditional New Year Swim, where hardy locals head into the freezing sea while the rest of us look on, aghast. It turns out that this foolish endeavour may have its roots in orthodox Christianity!

In Greece and Eastern Europe – and particularly in Russia – the priest leads his congregation down to the sea or a river where he throws in a wooden cross, blessing the waters. The followers then jump into the water, effectively washing away their sins. They also race to retrieve the cross and the winner receives a special blessing for his home and family. This tradition has survived as far afield as Florida, preserved by immigrants, and won’t be so painful to participants there – but in Russia, where a hole must sometimes be broken in the ice and the cross merely dipped, swimming is (thankfully) not obligatory. Water thus blessed is regarded as holy and is collected and taken home, for use in blessing the home or as a healing remedy.

In Greece there is a hint of an older religion at work as the blessing ceremony appeases the harmful water spirits which make sailing difficult through the winter months. People wash their icons in the blessed water, restoring their magic and priests visit their parishioners, blessing their houses with holy water and a bunch of basil, to scare away goblins.

In some Alpine areas there is another custom to scare away evil spirits, where young mask-wearing men run through the town with whips and bells. In Germany, Austria and Poland, the house-blessing theme is known as ‘chalking the door’; the initials of the Three Kings (KMB) are written over doorways with chalk specially blessed by a priest. Perhaps we see the same tradition in Scotland, with its custom of ‘first-footing’ at Hogmanay, although it is thought that those traditions were given to us by the invading Vikings.

Should we, then, petition to make Epiphany a recognised British festival, deserving of its own national holiday?  Perhaps. But, taking a second look at British January customs, it occurs to me that we might have quite enough going on; we haven’t even looked at Morris dancing, mummer’s plays, pantomimes and sword dancing. The glorious Twelfth Night Cake, I discover, is actually still remembered annually at the Theatre Royal in London where, in 1794, Robert Baddeley left an annual £100 in his will to pay for it. In Haxey, Lincolnshire, January 6th sees the traditional ‘Haxey Hood Game’, named after a 14th century Lady de Mowbray, who lost her hood and was rewarded by the sight of the townspeople fighting over who would return it. In all the fen counties we have Straw Bear Day, where someone wearing a costume made entirely of straw is led through the streets and set to dancing, in return for money or food. And we can’t forget the marvellous Scottish ceremony of Up Helly Aa – but that’s a story for another time…

David Self, 2004, The Roots of Christian Festivals, SPCK Publishing