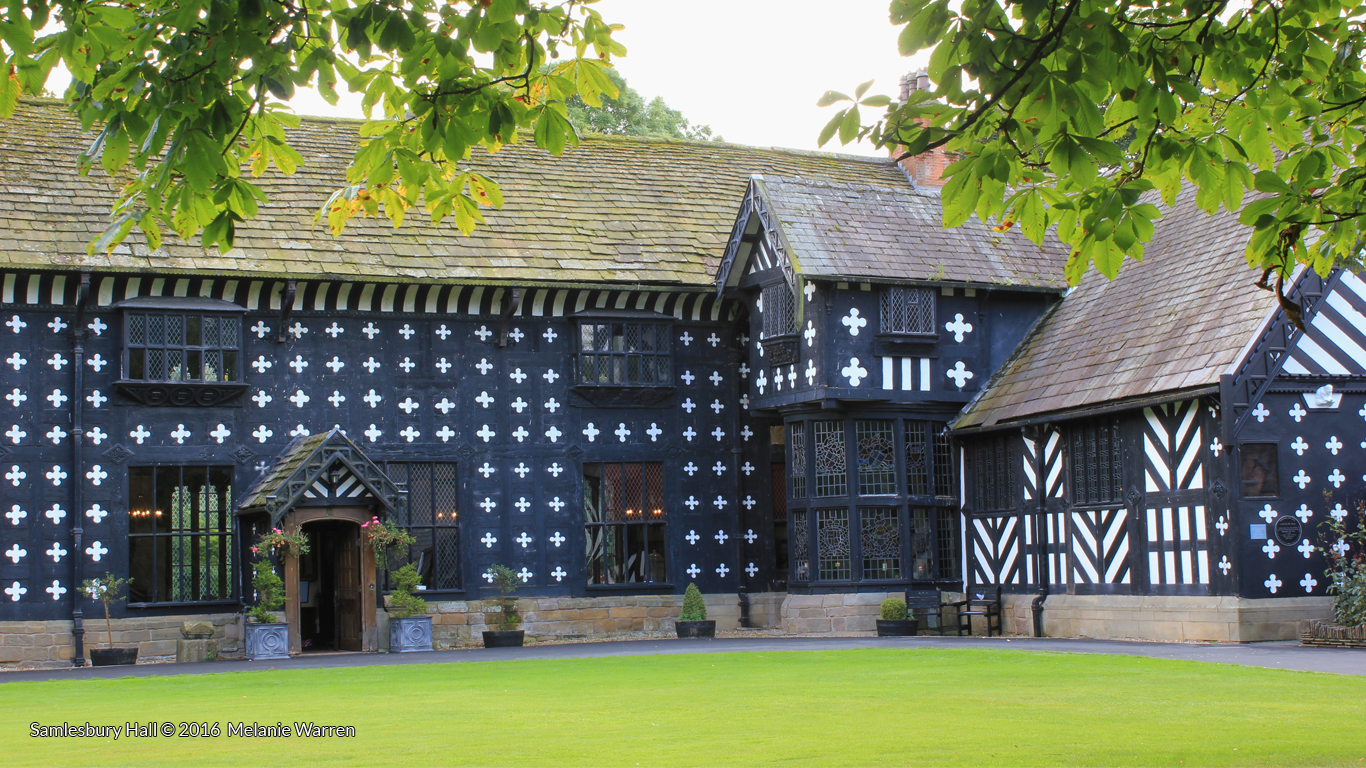 Many folkloric traditions and folktales in Lancashire have their origins in Nordic customs and beliefs. Lancashire is littered with Nordic place-names, especially along its coastline; Heysham is just one place where clues can clearly be seen in a 900 year old church, a hogback stone and a cluster of graves cut into the rock on a cliff-edge. Modern Lancastrians are often blissfully unaware of this ancient history – oblivious to the fact that the Teanlowe Shopping Centre in Poulton is named for the nearby field where the annual Teanlowe or Beltane fires were lit, or that Hackensall was named for Haakon, the Danish invader who chose to settle there.

It’s likely that the many tales of the Devil in Lancashire originate in those ancient times. Most of them tell of a common man or woman tricking the Devil, the innate intelligence of the village school-teacher or the humble tailor winning out against all the Devil’s evil thought and action. These stories make it abundantly clear that the Devil is not as clever as he thinks – and also that he is remarkably clumsy, considering he is a supernatural being.

Then there are tales of witchcraft; of course, Lancashire has more than enough reason to tell witchcraft stories, as it saw the execution of many so-called witches in the 17th century. However, there are also many folk-tales of elderly Mothers who suddenly become apprised of miraculous powers which they use to trick the unwary. In most cases the unwary deserve to be tricked, because they are guilty of infidelity or cruelty to those beneath them.

As for Lancashire’s ghost stories, many of them are so old they are folk-tales in themselves, passed down the ages by word of mouth and doubtless elaborated in the process. But where there is smoke there is fire and often the historical event responsible for the folktale is, in itself, just as interesting. For instance, many of Lancashire’s most romantic and tragic stories have their origins in the 16th century, when the Reformation led to the persecution and deaths of many Catholic priests and recusant civilians who refused to give up their Popish ways. The stories have been embroidered but they have their basis, at least, in fact. Even very modern stories quickly become embroidered and it can easily be seen how they might become the folktales of the future.

It seems there is hardly a town or a village in Lancashire that does not have a tale or two of a haunted house, a sad spirit grieving for a lost love or a boggart causing trouble. Locations vary from houses and farms to great halls and manors, from ancient castles to modern-day shops – some ghostly experiences even take place out of doors. Some are repeated down generations, some are reported quite factually in newspapers, even if the author of the piece cannot resist adding a line of two of ridicule. Sometimes a natural explanation is discovered; the White Lady was a scrap of white curtain left in the empty ‘haunted’ house, the sound of music simply the wind through a broken window pane – but that will not prevent the stories from entering into local folklore.

The interesting thing about folktales of all kinds is that often the same tale is found in several locations. The tale of the Devil being raised through a floor by unwary schoolboys is told about two separate grammar schools, at Burnley and at Clitheroe, whilst a very similar tale is told about two threshers in Blackburn. Such tales often cannot be claimed as purely Lancastrian, as they also occur in other counties. In some cases, the tales can even be found in other lands far, far away. Asking which story came first is often a useless task – I prefer to believe that they simply have always been.

Folktales also centre around ancient monuments which, before modern excavations, were known about only through folk-memory. Many such sites, with their evocative names, were known as burial places long before modern archaeologists pronounced them to be so. Local people had always revered them as places of the ancestors and they told tales of protective boggarts or even buried treasure. The Devil himself was given credit for some cairns – although he had generally dropped the stones by accident because, as we have heard, he was not as clever as he thought. Standing stones, their real purpose long forgotten, were still regarded with awe and imbued with magical powers by those who spoke of them. Some stones were said to move when no-one was there to see; some turned over at midnight; some travelled to a nearby holy well to drink.

Folktales also attached themselves to stone crosses – which are not so old as standing stones but still ancient, their carved illustrations dating from many centuries ago. They can be seen not only in churchyards but also in marketplaces and alongside roads, far from either church or market. Those in churchyards did not mark anyone’s final resting-place, although they did sometimes commemorate a saint; they were used instead for preaching. Roadside crosses were often boundary markers for abbey lands but were also known as ‘coffin stones’, as they were used as resting-places when coffin-bearers had a particularly long walk to the church. Market crosses were used for general proclamations, as well as announcements of punishments to be handed out to miscreants of all kinds. Thus the crosses would be in close proximity to whipping-posts, pillories and stocks.

These crosses, with boulders for their bases, often bear wonderful carvings which can be seen to represent both pagan and Christian mythology. It is no wonder, then, that legends and stories have grown up around some of the crosses themselves. Many of Lancashire’s crosses do not survive, but often their bases do remain and still carry the name of ‘cross’. Even these boulders are regarded as holy, or magical.

Many crosses also marked the sites of holy wells or springs, placed there when these wells were given Christian saints’ names in an attempt to move the people away from their pagan worship of nature. Such wells and springs had always been valued for their miraculous properties; some were reputed never to dry up and so were valuable resources; others had wonderful healing abilities, being known variously for their effects on eyesight, weak limbs, or sickness. Before the saints claimed them, these springs were known to be the haunts of fairies and water-sprites, who could be helpful or harmful depending upon one’s reverence. Gifts would be left and wishes would be made. The addition of saints’ names to these pagan places did little to halt the pagan beliefs and rituals, which continued to be observed for centuries after Christianity imagined it had cast them out.

Many of Lancashire’s folktales, customs and traditions can be found in neighbouring northern counties and, indeed, other English counties also. However, what is not in dispute is that each English county’s folklore has its own particular flavour, a reflection of its own unique history and landscape. Witches and boggarts, fairies and holy wells, standing stones and the Devil himself – Lancashire has it all!

Sign up for the #FolkloreThursday newsletter to receive a promo code giving 20% off (and free world-wide postage!) when ordering the book through their website. Just enter your code at the checkout to claim your discount (valid April 2016).