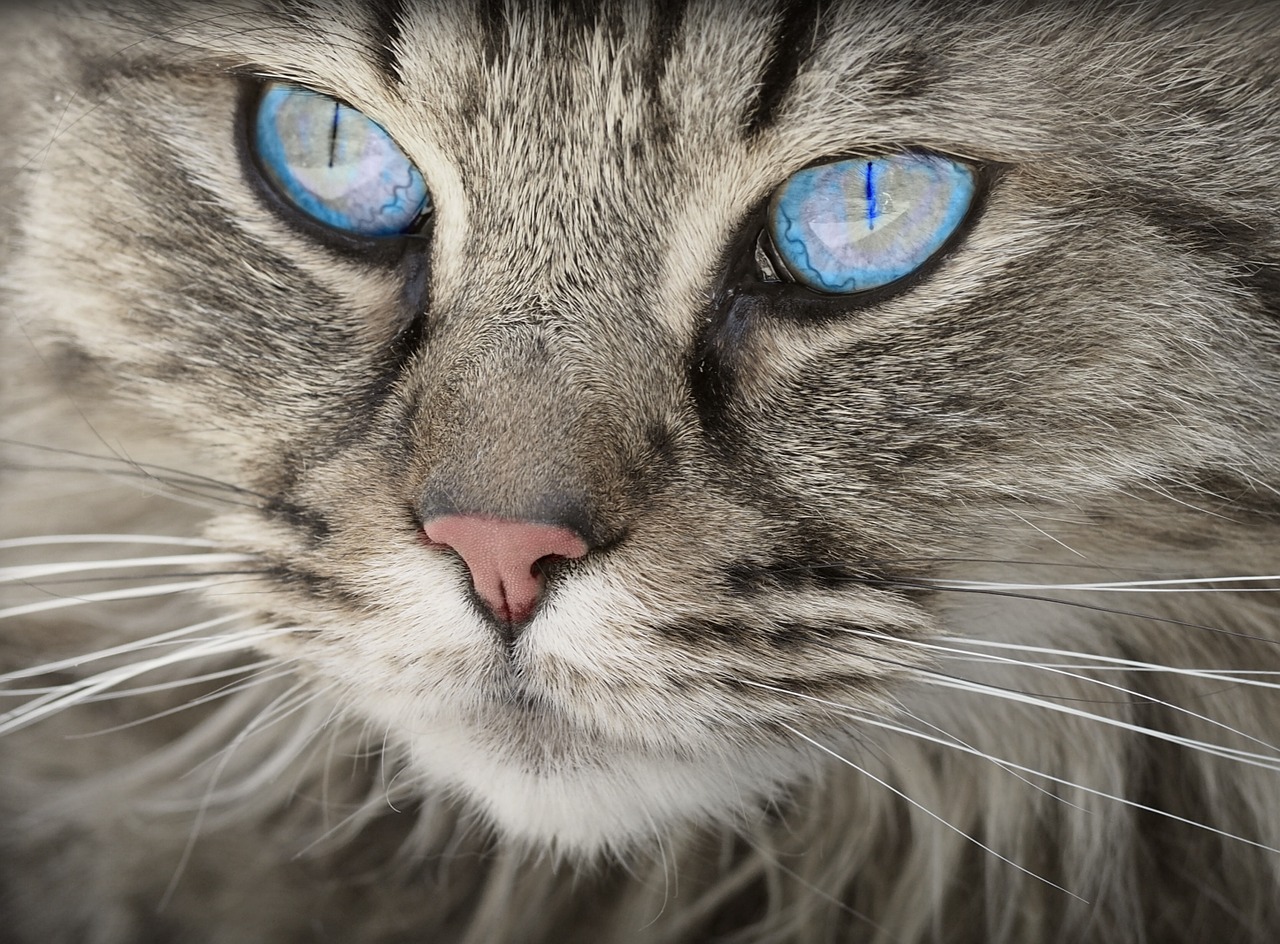 Melanie Warren explores a number of the tales of “The King of the Cats”, and discusses their possible origin in Danish troll folklore.

There’s a tale told in the south of Lancashire which seems to have no place of origin, but is interesting all the same. One evening a man was sitting quietly by his fire when he was surprised to see a cat coming down the chimney. He was even more surprised when the cat said, “Tell Dildrum, Doldrum’s dead!”. A few minutes later, his wife came into the room with their own cat, and hearing this story, the cat said, “Is Doldrum dead? Then I’m the King of the Cats!”. With that, he leapt from his mistress’s arms and disappeared up the chimney!

As I’ve wandered through the old folklore collections from other parts of England, it’s given me joy to find variations of this story in other places. In Northumberland the tale is said to be set in the Newcastle area, and the cat itself belonged to one Johnny Reed. Johnny was the sexton at the church in his village, and his cat was black with one white paw. It seemed to be just an ordinary cat – until one night when something very strange occurred…

Johnny Reed had spent a long, cold night digging a grave for a parishioner who had died very suddenly, and he was making his way home gratefully; knowing his wife would have waited up for him and a fire would be burning warmly. He had not walked far when he came to a field gate, through which he could see a number of little lights like flickering fires, dancing in the field. Naturally, he approached the gate to take a closer look, and found himself faced by nine black cats, whose eyes were flashing like little fires. Scared by the sight, he bent to find a stone to throw to frighten the cats away, but his hand was stayed when a cat’s voice called, “Johnny Reed!”. Now, this was the first time Johnny Reed had ever been spoken to by a cat, so he had to pay attention. He asked the cat what he wanted of him? The answer was mysterious; “Tell Dan Ratcliffe that Peggy Poyson’s dead!”. Johnny said he would certainly do so, although he had no idea who either of those people were. But the cats seemed satisfied with his answer because a moment later, they had all run away.

When Johnny Reed arrived home, the first thing he did was ask his wife; “Who’s Dan Ratcliffe? And who’s Peggy Poyson?”. But his wife did not know either of those names. So Johnny told his wife everything that had happened to him that night, while she watched him with wide eyes and their black cat with the one white paw slept quietly by the fire. But perhaps he was only pretending to be asleep, for when Johnny related the message the nine black cats had given him, the black cat with the one white paw suddenly leapt up and shouted: “Peggy Poyson’s dead? Then I must be gone!”. The cat ran through the door and was never seen again.

In Durham, the same tale is said to have happened to John Bonner, who lived at a place with the fine name of Beggar Bush, near Easington. He was coming home late one night when a huge cat leapt onto his cart and shouted: “Johnny Bonner! When you get home, tell your cat Catherine Curley’s dead!”.  Then the cat jumped off the cart again and Johnny Bonner, frightened out of his wits, drove home at a great pace. Johnny Bonner’s wife was terribly concerned to see her husband arrive home in such a state and begged him to tell her what had happened. “Something awful.” he told her. “As I was coming home, a huge cat jumped on my cart and said: “Johnny Bonner, when you get home, tell your cat Catherine Curley’s dead!”. As soon as these words left his mouth, the couple’s favourite cat jumped up from his resting place by the fire and shouted: “I must be away!”. She ran out of the house and was never seen again.

So which version of this story came first?  Well, the collector who wrote down the story about John Bonner heard it from a woman, who heard it from her father, whose farm had once belonged to John Bonner himself. So is this the original version? If only things were so simple!

There’s one more version of the story, set in Staindrop, and once again the farmer is called Johnny Reed. This Johnny Reed was crossing a bridge one night when a cat jumped up, looked him straight in the eye, and said: “Johnny Reed! Johnny Reed! Tell Madame Momfoot that Mally Dixon’s dead!”. He ran home and related this strange happening to his wife, and when he came to the latter part, their black cat started up and shouted: “Is she?” and disappeared, never to return.

It seems likely that all of these tales may have their origin in a very old Danish story about a group of trolls who lived on a hill called Brondhoe, near the town of Lyng. One of these trolls was old and bad-tempered because he had a young wife who really loved a younger troll. He complained about his young wife so much that all his friends called him Knurre-Murre, or Rumble Grumble. Eventually, Knurre-Murre became so cross with the younger troll that he was obliged to leave the settlement entirely and hide. He changed his appearance into that of a tortoiseshell cat and took up residence with a kindly man called Piatt and his wife, who looked after their new cat well, let him lie on a big wicker chair, and fed him bread and milk twice a day. Then, one day, Piatt came home with a strange tale to tell his wife. ‘I was passing Brondhoe,’ he said, ‘when a troll came to me and said: “Hear thou, Piatt, say to the cat, Knurre-Murre is dead!”.  No sooner were those words said than their lovely tortoiseshell cat jumped from the wicker chair and shouted: “What? Knurre-Murre dead? Then I can go home again!”.

In all of its variants, this is a strange little story because there seems to be no point to it, apart from the fact that all versions feature talking cats. In both the Newcastle version and that from Beggar Bush, the cat disappears and that’s that. In the Staindrop tale, the full story carries a suggestion that the farmer’s cat had been a fairy in disguise and she had run off to attend her sister’s funeral. At least the Danish version carries a hint of what came afterwards; a ‘happy ever after’ as the cat turned back into a troll and ran back to the lady-troll he loved. However, my own favourite version is the story told in Lancashire, partly because it comes from my own county – but mostly because Dildrum is no less than the new King of the Cats.

Brockie, William (1886) Legends and Superstitions of the County of Durham, Sunderland.