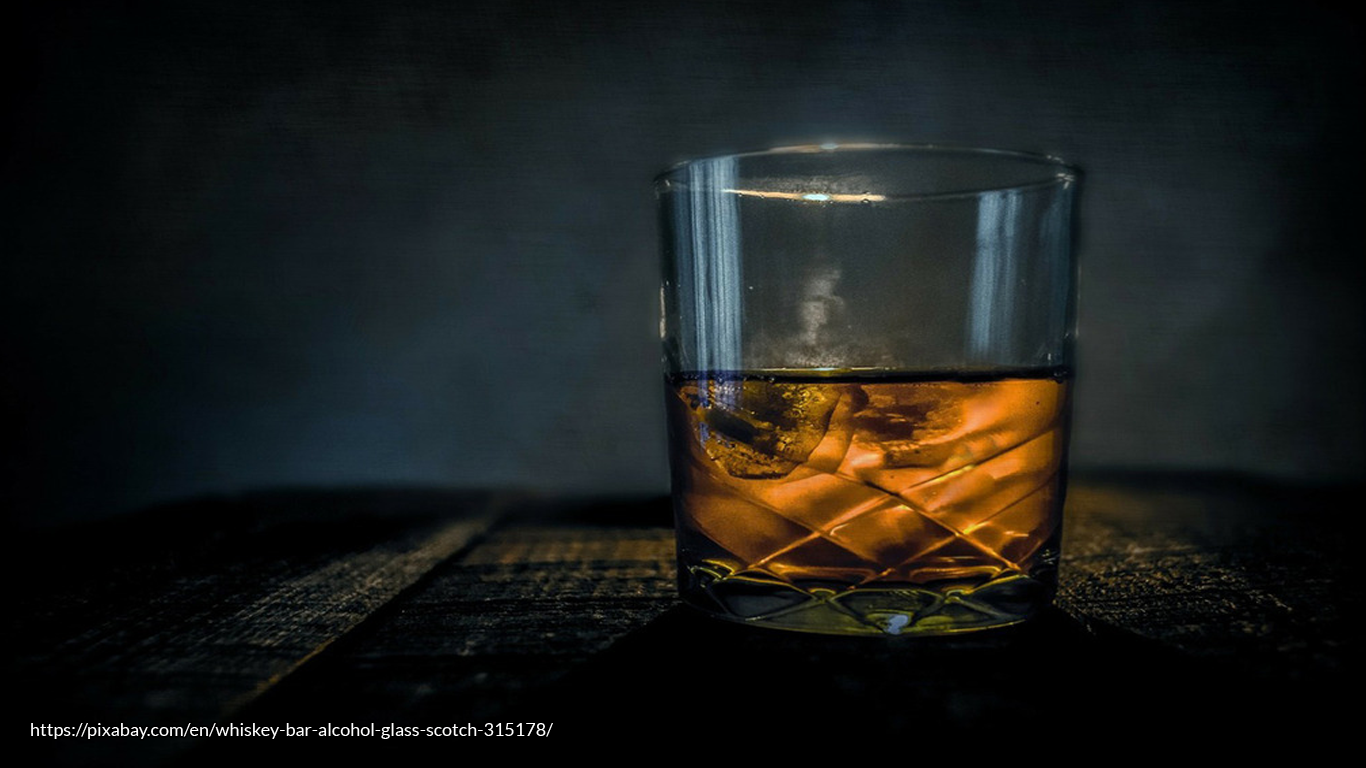 A cursory Google search of first-footing will throw up plenty of hits. But ask people on the street and they’ve never heard of the tradition. First-footing as a New Year custom is most common in Scotland and the north of England, but it does have regional, and international, variations.

So what is first-footing, and what does it mean?

At its core, first-footing relates to the first person to enter the house after midnight on January 1. To truly be the first-foot, you can be an occupant of the house, but you can’t be in the house at the stroke of midnight. In my family, the first-footer (nowadays, me) goes out of the back door at 11:55pm, walking around the block to come in the front door after midnight.

Most of the folklore describes the first-foot as a tall, dark-haired man, and in some places women or fair-haired men are considered deeply unlucky. The common belief is that blond strangers on your doorstep meant Viking invaders. Well my strawberry blond brother used to first-foot, and now I do, and I can’t say I’ve noticed any difference in our luck!

The first-foot doesn’t enter the house empty-handed – any first-footers who do arrive empty-handed will bring bad luck with them. Instead, the first-foot should bring a selection of gifts for the household, which can include; a silver coin; shortbread or a black bun; salt; coal; and a drink, usually whisky. They represent prosperity, food, flavour, warmth for the house, and good cheer – the whisky is used to toast the new year.

the first-foot should bring a selection of gifts for the household, which can include; a silver coin; shortbread or a black bun; salt; coal; and a drink, usually whisky.

In our house, we bring in a silver coin for prosperity, matches for warmth, Christmas cake and whisky. The items may vary but the intentions remain the same. This year I’m swapping the matches for a piece of coal I bought specially for this purpose from the Miner’s Institute in Newcastle upon Tyne!

First-footing appears to be waning in popularity; a few years ago, I wasn’t the only person standing outside a house in the cold, waiting for midnight and re-entry into the warmth. Now, there is often only one other neighbour in my street continuing the practice.

The custom can vary even within the space of a few miles. An article on the tradition in the Sunderland Daily Echo and Shipping Gazette in 1953 notes that while a fair-haired man may be frowned upon as a first-foot in Durham, he would be accepted in Yorkshire.

Even then, that fact is subject to specific regional differences. Kai Roberts points out that in East Yorkshire, the first-footer should be dark-haired, but the North York Moors first-footers were fair-haired. Red-haired men were unlucky first-footers in Skipton, but in Huddersfield and Bradford they were considered very lucky indeed!

The OUP blog notes that some people brought in greenery to ensure those in the house will have a long life, though I’ve never known anyone who personally did that. In some parts of the country, the first-footer once carried a pan of dust, or ashes, outside to signify the end of the old year. If you wanted to continue the symbolism of this act, you could always clean your house on New Year’s Eve and empty the vacuum cleaner at midnight!

In Household Tales and Traditional Remains (1895), Sidney Oldall Addy notes that first-footing is actually cited as a Christmas practice in North Derbyshire. He also points out that the first-footer should bring in a piece of coal and a broom or shovel, though he doesn’t state the meaning of the broom, unless it is intended to ‘sweep away’ the old year. Yet the rest of the custom remains the same.

A snippet in the Worcestershire Chronicle in 1887 notes that many friends first-footed each other, bringing gifts of cake and fruit. This part of the custom no doubt ensured the visits would be welcome! It goes on to explain that it is “by no means a fortunate thing” to first-foot for yourself. In some cases, the head of the household would be forced to wait outside his own home until a first-foot had arrived.

According to Brian Hoban (2015), the first-footer was a visitor to the house in Ireland, and dark-haired men were greeted with food and drink as long as they weren’t empty handed, since their arrival brought good luck. But even if a red-haired woman arrived with all of the traditional gifts, she brought only bad luck.

I once discussed first-footing with a former partner’s Irish grandmother; she told me about their local custom, which involved a great bonfire on the village green. The first-foot would extinguish the fire in the main family room to leave the house before midnight, and return after the clock struck twelve with a flaming branch from the bonfire to re-light the hearth. It has such a lovely community feel to it!

But according to G. Hastie (1893), first-footing had a different purpose in Edinburgh. The actual act was the same, but young maidens who were courting would invite their sweethearts to be their first-foot as a hint at marriage. If the hint was taken, the wedding often took place the following New Year’s Day. Scotland seems to vary in its pursuit of the tradition; the Hartlepool Northern Daily Mail exclaims that in Dundee, the first-foot must bring in a red herring tied with ribbon.

The tradition is most common in Scotland and northern England, although Greece has a similar tradition. Their first-foot, or pothariko, is the first person to enter the house on New Year’s Eve, and they bring with them either good or bad luck. As you can imagine, many households actually choose who will be their pothariko.

The custom of xong dat, or ‘first footing’, is also carried out in Vietnam. According to Thang Long-Hanoi, the first person to enter the house will dictate the family’s fortune in the coming year. This visitor hands out li xi, or lucky money, but they only stay for a few minutes. The belief varies according to region, tailored to fit individual families, in much the same way that first-footing varies across the UK. The only constant is the belief that a person who can bring luck should be selected as a first-foot.

Despite its variations, the custom of first-footing at heart remains the same. Enter the house after midnight for the first time that year, and bring good luck, warmth, good cheer and prosperity with you across the threshold through the gifts you bring. While it’s unlikely that a simple custom such as first-footing can ensure the luck and prosperity of a household for an entire year, would you wish to be the one to put that to the test?