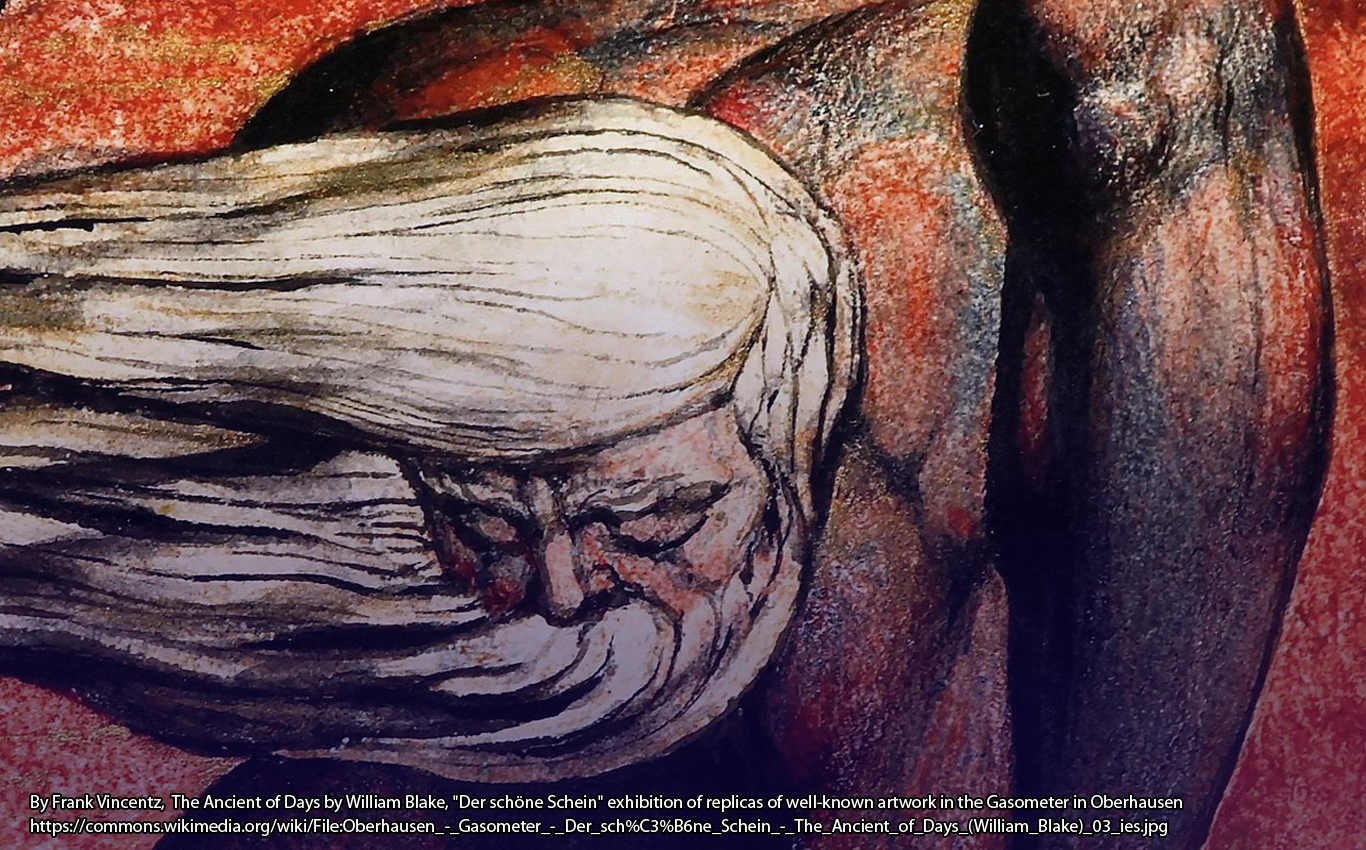 Read all about Merlin’s prophecy in the first instalment of this tale: ‘British Legends: The Madness of Merlin (Part 1)’ here.

Meanwhile, the boy in question grew into a young man, and one day set off with friends hunting in the forest. The dogs roused a stag, chasing it for many miles, and he alone managed to keep up with the chase.  With the dogs hard on its heels, the stag sought refuge in a high and rocky place.  In his excitement, the young man became oblivious to the dangers and urged his horse forward.  Coming suddenly to a high ledge looking down upon a river, his horse stopped dead, throwing him over the cliff.  As he fell, his foot caught in the branch of a tree that overhung the river, leaving his body suspended in the air while his head was submerged in the water, drowning him — and thus fulfilling Merlin’s prophecy.

Returning to the woods, Merlin lived as the wild beasts lived.  Through the winter he suffered greatly from the cold, damp and the biting wind, but preferred this to the wars and violence of corrupt kings, rejoicing in the absence of human society.

Years passed and one cold night when the stars were clear and bright the moon threw down its light to fall upon a high mountain.  Silhouetted against the magnificence of the heavenly vault, a lone madman stood staring up at the sky, studying the movements of the heavenly bodies.  Merlin saw intrigue, murder, the death of kings and all the great events of Britain.  From Venus came a double ray of light that was cut in two;  Knowing this told of Guendoloena’s wedding, he set off to take her presents as he had promised.

On his way,  Merlin came across a stag. By talking soothing words, he was able to climb upon its back, riding it through the woods with its does following in a long line. Arriving at the place of the wedding, Merlin made the beasts stand patiently and obediently while he called out, “Guendoloena! Guendoloena! Guendoloena! I have brought your wedding presents as I promised!”

Laughing at the sight of him upon the stag, with the does in obedient line, she came running, marvelling how he managed such a feat.

From a high window, the bridegroom looked down at the scene, and, seeing Merlin riding the stag, he laughed.  Hearing him, Merlin looked up, and, realizing who he was, flew into a rage.  Grasping the antlers of the stag he wrenched them from their sockets and hurled them at the laughing bridegroom.   The antlers struck with great force, embedding in his skull, killing him outright.

Chased by servants,  Merlin fled upon the stag.  The creature outran them until it reached a river. Leaping over,  Merlin slipped into the water.  He was caught and taken to Ganieda at the royal court. Silent and morose,  he refused food and drink, causing his sister great grief and worry.  Rhydderch ordered food be placed before him in the hope of tempting him, but to no avail, so he ordered that Merlin should be taken for a walk around the marketplace in the hope that seeing people and all the different goods and novelties might cheer him.

In the marketplace, Merlin saw a man of ragged appearance sitting before a door begging for money to buy new clothes.  Merlin stood looking at him, laughed and walked on. Further on, he saw a man purchasing a new pair of shoes while also buying patches of leather.  Merlin stood and laughed and people stared. Seeing them stare, he refused to go on, and the servants took him back to the palace and reported to the King.  Rhydderch, curious to know why Merlin had laughed, offered to free him if he revealed the reason.

Merlin told him he had seen a man begging for coins to buy new clothes when he was sitting on a secret hoard of money. He was laughing at his audacity and the gullibility of people who gave to him and said, “Dig below where he sits and you will find his treasure.”

Next, he had seen a man buying new shoes and leather to patch them with when they became worn.  He had laughed at the irony and futility of the act as he was destined to die by drowning telling him, “He is now lifeless on the river shore.”

Rhydderch sent servants to search the river banks. When they returned they reported they had found the body of the man who had bought the shoes.  The King went himself to where the ragged man sat, and, digging up the ground beneath him, found his treasure, just as Merlin had predicted.

Merlin was freed and made his way the gates. His sister caught up with him there, telling of her love and begged him to at least see out the winter in comfort with her.

“Dear sister, why do you fight to keep me?  Winter will be hard but not as hard as living among the savagery of people, therefore let me be.  But, if you will then build me a lodge in the remoteness of the woods where I may watch the movement of the stars and predict the fate of our people. You can visit me and bring me food and drink and keep me company.”

Merlin left and Ganieda built a lodge for him, where she brought him food and drink. Merlin thanked her for that and for her company. One day he told her she needed to return quickly to court as her husband was dying, but told her to come back after the burial, bringing with her Taliesin, who had recently arrived after visiting Gildas in Brittany.

Ganieda returned to court to find to her grief that Merlin had spoken truly.  After her husband’s funeral, she returned with Taliesin to Merlin’s lodge where she decided to live out her days.  Merlin and Taliesin talked of many things.  Merlin told him how they had taken the grievously wounded King Arthur to the Isle of Avalon after the battle of Camlann, leaving him in the care of Morgan le Fay.  He told him the story of the Kings of the Britons, from Vortigern to Arthur, and then foretold a long period of Saxon domination which would eventually lead to a return to British rule under Cadwalader after prolonged and bloody conflict.

As he spoke, one of his servants came rushing in, excitedly announcing that a new fountain had gushed forth at the foot of the mountain. Merlin and Taliesin followed the servant to see the wonder.  Both marvelled that it should have appeared so suddenly and sat down to watch it flow.  Feeling thirsty, Merlin cupped his hands and drank from the fountain and then bathed his brow. As its pure water coursed through his body his madness left him and his reason returned.

Many princes and chieftains came to see the place where the wonderful waters had cured Merlin of his madness.  Seeing him whole and sane again they asked him to rule and guide them with his wisdom and knowledge.  Merlin refused and told them he now preferred his life in the woods to one in a royal court.

Just as he finished speaking, the air was rent by wild howls and cries and a madman rushed out of the woods towards them.  Seeing them he stopped suddenly and then ran around looking to escape.  He was quickly captured and brought before Merlin, who groaned, for he knew the man and his heart went out to him, understanding what he endured as he said,  “His name is Maeldinus.  He was my friend many years ago when he was a strong and noble knight. Having such friends I thought myself fortunate.”

Merlin told how they had both been among a hunting party, and, finding a spring of fresh water, they all sat down to rest and quench their thirst.  One of their party found a pile of apples and Merlin shared them out.  Although there was none left for him he was happy for them to enjoy the fruits. His friends all declared they were the finest apples they had ever tasted but their pleasure did not last long.  Soon they were howling wildly and running madly through the woods to become lost in the forest and that was the last time he had seen them and Maeldinus.

Merlin discovered the poison apples were placed there by a woman who had loved him, whom he had spurned.  She had placed the apples for him to find intending revenge, but luckily he had not eaten even one and was spared.  Finishing his story, Merlin ordered his servants to make the man drink from the fountain.  They obeyed and the wildness fled from his eyes and intelligence and reason shone forth once more, as he recognized Merlin and remembered who he was.  Merlin invited him to stay and serve him, and Maeldinus was pleased to accept.  Merlin now had his sister Ganieda and Maeldinus as companions, and soon Talisien likewise said that he too would remain with him in the lodge.

After the death of her husband, Ganieda lived with her brother and his friends, enjoying the closeness of nature and the companionship.  Sometimes she became of elevated spirit and would foretell events to come to her companions concerning the destiny of the Britons.  One day when the spirit came upon her she made a long prophecy concerning the wellbeing of Britain, causing her companions to marvel and wonder.  Merlin spoke approvingly and with love, telling her that the spirit that spoke to him had fallen silent and the task of foretelling the future was now given to her.

At this point, Geoffrey brings Vita Merlini to an end saying.

“I have brought this song to an end.  Therefore, ye Britons, give a wreath to Geoffrey of Monmouth. He is indeed yours for once he sang of your battles and those of your chiefs, and he wrote a book called “The Deeds of the Britons” which are celebrated throughout the world.”

Although the works of Geoffrey of Monmouth are no longer considered as accurate reference books, his influence on British culture, and the priceless value of his works as cultural products of their time, cannot be denied.