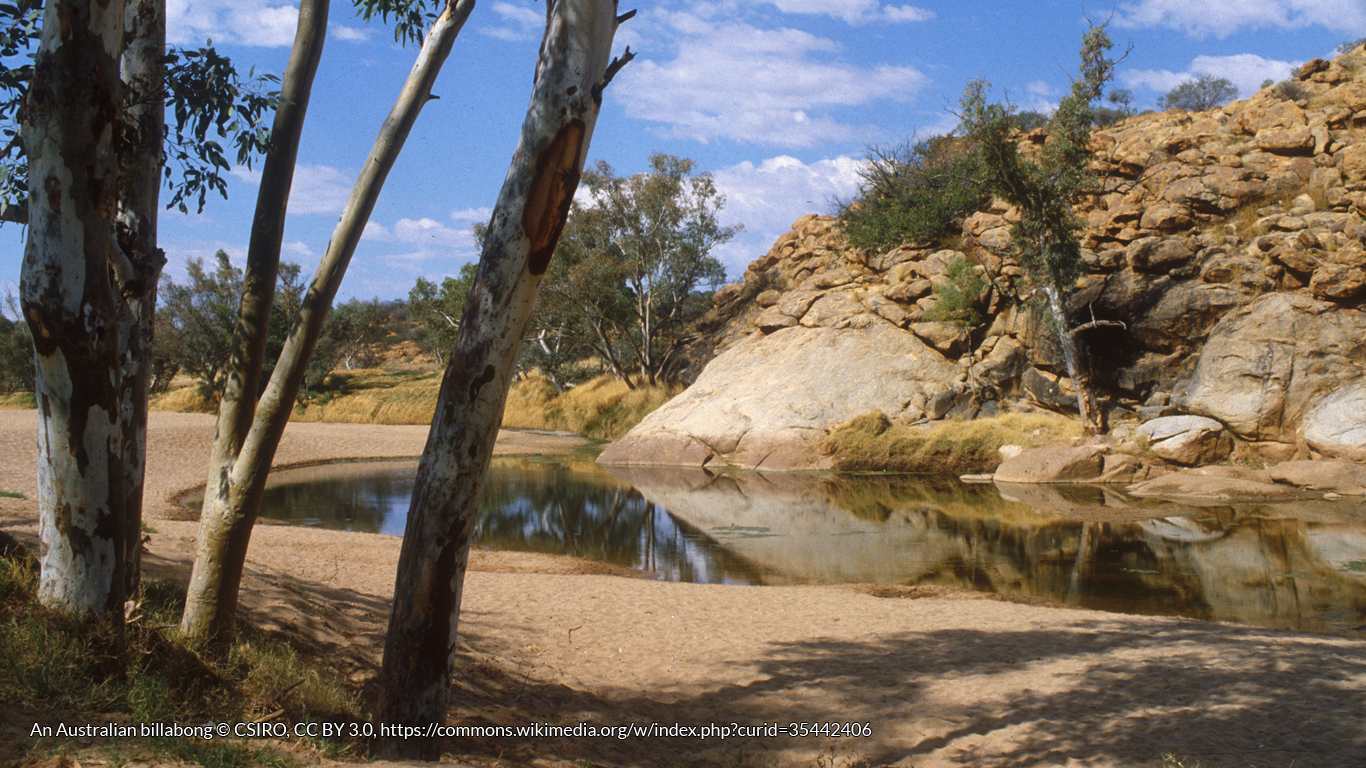 Folklore is filled with tales of man-eating beasties and Australia is no exception, home to the dreaded Bunyip. From the first interactions between Indigenous Australian and Europeans, the stories of the billabong dwelling creature captured the attention of the colonialists. But the exact details of the Bunyip are rather blurry.

From the first European settlement of Australia, tales of the Bunyip captured the imagination of the new migrants. But what exactly is a Bunyip?

“He (the Bunyip) made his home in the deep waterholes and the rain forests, lurking in the gloom by day and roaming the earth by night during the time of darkness. He brought fear to the tribes, threatening to devour any human he might meet.”

“My attention was attracted by a creature casting up water and making a noise, in sound resembling a porpoise … it had the appearance of a bulldog’s head, but perfectly black …”

“Dot,” panted the kangaroo, “make a noise!” Dot screamed … Then what seemed to Dot a very terrifying thing happened … from the gully in darkness below came the sound of a bellowing … The Bunyip! The Bunyip!”

The cultural history of Indigenous Australians is integrally connected with the Australia landscape and customs, wisdom and tribal laws are passed down the generations through story telling. Indigenous Australians are a diverse group of peoples with their own languages, legends and norms based around the tribe’s territory (known as ‘country’) and this means the Bunyip tales vary from tribe to tribe.

An Aboriginal myth adopted by the European colonists

The British formally settled Australia at Botany Bay in 1788 and as the British and the Indigenous people made contact, the stories of the Bunyip were passed from one culture to another.

Coming from Britain, the new world of Australia was an alien landscape for the colonists, a land filled with weird and exotic animals. Over half of the First Fleet were convicts, with little experience of the world outside English cities and towns. Imagine their first reactions to seeing a kangaroo, an echidna or a platypus? No wonder the tales of the Bunyip were accepted by the settlers. The Bunyip was obviously another unusual animal in this strange new land, although a little harder to catch.

Yet, the details of the Bunyip are blurry

When Europeans tried to pinpoint the exact details of the Bunyip, they found there was no single description of the creature. Researchers claimed the Indigenous people were so frightened of the Bunyip that they failed to take notes of its characteristics and Bunyips rarely appear in Indigenous paintings.

Eye-witnesses claimed the Bunyip was like a forty-five foot long snake or a type of alligator or covered in grey feathers. Evidence of the Bunyip was hard to find but in 1847 a Bunyip skull was exhibited in the Sydney Museum and thousands flocked to view it. Although, the skull has now been substantiated as the remains of a deformed foal or calf.

What is a Bunyip?

Scientists have been unable to verify the existence of the Bunyip and the creature is now considered folklore. The theories behind the stories of the Bunyip include misinterpreting sightings of seals, migrating up the Murray and Darling Rivers, far away from their normal seaside habitat.

Others claim the Bunyip is the cultural memory of the diprotodon passed down from the times when the mega fauna roamed the Australian landscape. The diprotodon was like a giant wombat or a rhinoceros without a horn, with the largest animals being over three metres long. The passing of accurate scientific information through Indigenous Australia storytelling was recently corroborated after a study found the results of a DNA test of seeds aligned with a local story about a flood occurring over 30,000 years ago. Stories of the Bunyip could be actual records of Indigenous Australian interaction with megafauna.

The story of the Bunyip also serves as a lesson on the dangers of the environment. It is a cautionary tale, reminding children of the risks of playing around waterholes, especially at night.

The Bunyip is a slippery creature and yet it is one of the few Indigenous Australian myths to be adopted into white Australian culture, particularly in children’s books. Was the Bunyip a tale of a lost seal or the memory of the times when megafauna roamed the earth? Regardless, you have been warned. Be very careful around the billabong at night. You never know who might be lurking in the water.