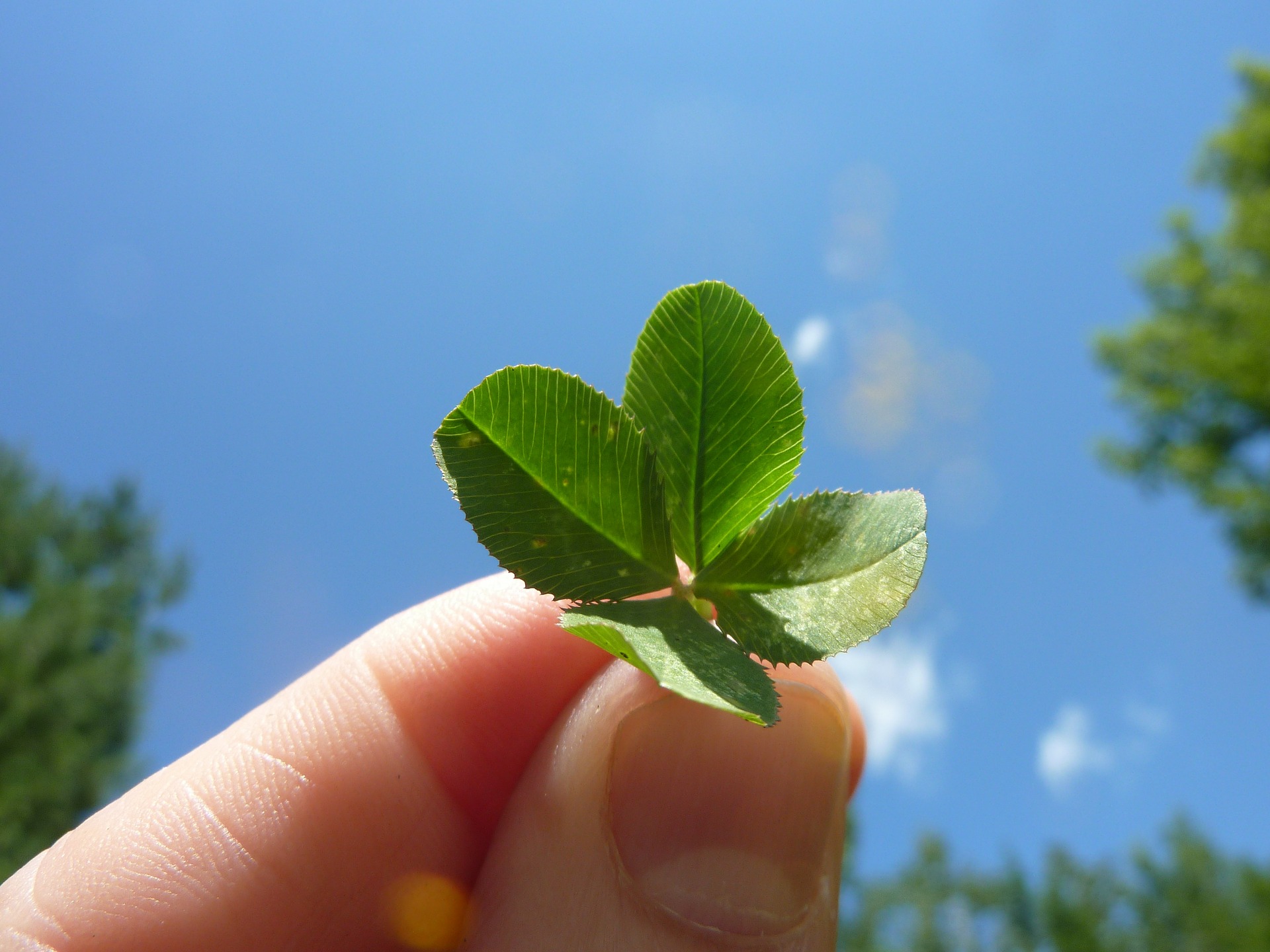 The exploration of common superstitions continues with an old favourite – the four-leaf clover. Generally, clover represents protection, fertility and abundance, but where does the widespread belief in a four-leaf clover’s good luck come from?

And yet in East Asian cultures, the number four is bad luck because it sounds similar to the word for death. This is known as tetraphobia, and like triskaidekaphobia and the number 13, some buildings in Asia skip the fourth floor for superstitious reasons.

Four is sometimes said to be a masculine number, associated with a square or a cross, which could explain the affiliation between four-leaf clovers and Christianity.

Rather than a ubiquitous symbol of good luck and protection, in many cultures, a four-leaf clover has very specific purposes.

A rhyme from Celtic regions associates each leaf with a different aspect of life.

“One leaf is for fame,
And one leaf is for wealth
And one for a faithful lover,
And one to bring you glorious health
Are all in the four-leaved clover.”

While some believe a bearer of a four-leaf clover will be able to see the tricks of witches, fairies, and evil spirits. In Cornwall, a four-leaf clover is said to bring back a real child stolen by the pixies, by placing the clover on the changeling.

Other traditions focus on the power of the four-leaf clover to bring luck in love. In the 17th century, clover was scattered in the path of a bride to grant her extra protection and luck in her marriage. And for the singletons, there are a few tricks with clover to snag yourself a spouse. If an unmarried woman places a four-leaf clover in her shoe, she’ll soon marry the first single man she meets. Or if she pins the clover over the front door of the house, the first unmarried man to walk underneath will become her husband.

These days the symbol of the four-leaf clover is synonymous with luck, featuring on lottery tickets, breakfast cereals and anything associated with St. Patricks Day. But the symbol is also often found in a more stylised form, named a ‘quatrefoil’. This motif first originated in Islamic art but was popularised in Gothic and renaissance architecture. The quatrefoil now appears all around us, on churches and buildings, as well as on the logo of a well-known designer handbag brand.

It is unclear whether the good luck of a four-leaf clover originated from the Druids, or Eve, or the number four, but in Western cultures the luck and protection associated with clover has become so pervasive that we are surrounded by it every day.