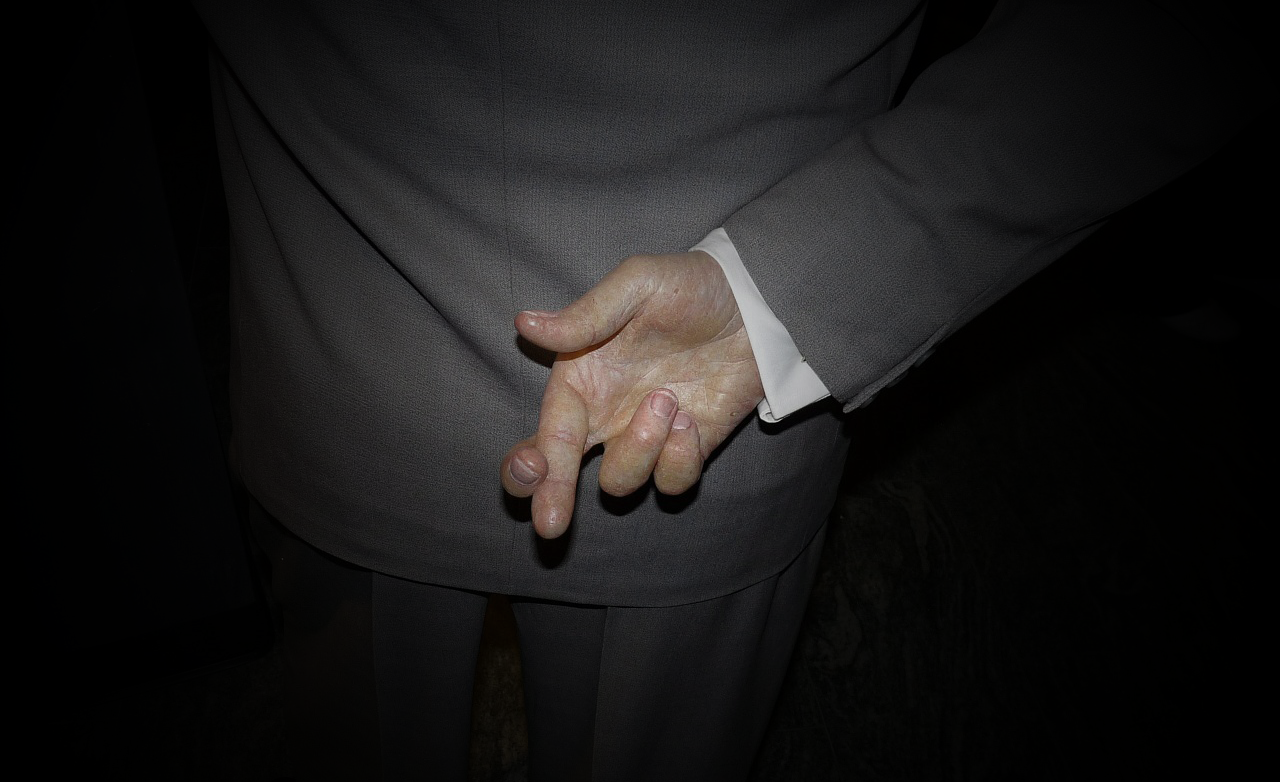 The final article in the series exploring common superstitions is ‘fingers crossed.’ Crossing your fingers is a common gesture in English speaking countries for luck or to cover up little white lies, but where does it originate from?

The cross is an important symbol, and has been part of everyday life long before the beginning of Christianity. It’s a symbol of sacred geometry, representing the union of the material and the spiritual worlds. It was thought that good spirits lived in the intersection of a cross. By wishing on the cross, you can contact the good spirits and increase the chance of your wish coming true.

In the past, the process of ‘crossing fingers’ required two participants. People would pair up, touching their thumbs and crossing their index fingers to create a cross. Some believe this was also the secret sign used by Christians in the times when Christianity was outlawed, as the linking of the thumb and index fingers creates a shape similar to the Icythus, also known as the ‘Christian Fish.’

Over time, it became acceptable to make the cross on your own, using the middle and index figures, and creating a cross similar to the St. Andrew’s Cross. Some argue this change was the result of war and the inconvenience of finding a mate to hook fingers with in the middle of a battle.

But the practice of two people in a wish continues today, with the common school-yard practice of linking little fingers to seal a pact. Also, we often wish other people luck by saying ‘I’ll cross my fingers for you.”

Some claim crossing your fingers specifically protects against bad luck when walking under ladders, and in some versions protects you until you see a dog. But only cross your fingers; it is bad luck when other household items are crossed, like forks and knives. This is seen as an insult to God. Also never cross your fingers in Vietnam. There it is a vulgar symbol of female genitalia and considered extremely disrespectful.

However, some folklore historians claim the gesture was not found in Europe until the nineteenth century. Before this time, the gesture for good luck involved crossing your legs. The gesture used to avert evil involved tucking your thumb inside a clenched fist, a symbol still used in Germany, the Netherlands, and Scandinavia.

‘Fingers crossed’ is used for luck, but crossing your fingers behind your back is also a precaution against telling a lie. Placing your fingers in the sign of the cross could be a way to appease God for breaking one of the Ten Commandments, ‘thou shall not give false testimony against your neighbour.’ In the Middle Ages, judges used to cross their fingers behind their backs to appease God when handing down a judgment. In particular when pronouncing a death sentence, as only God should be responsible for taking a life.

While there is some debate over whether we have been crossing our fingers for millennia or only a few hundred years, today the crossed finger gesture and symbol is ubiquitous in English speaking cultures. Or perhaps we can all be at the forefront of bringing ‘crossing your legs’ back into fashion.