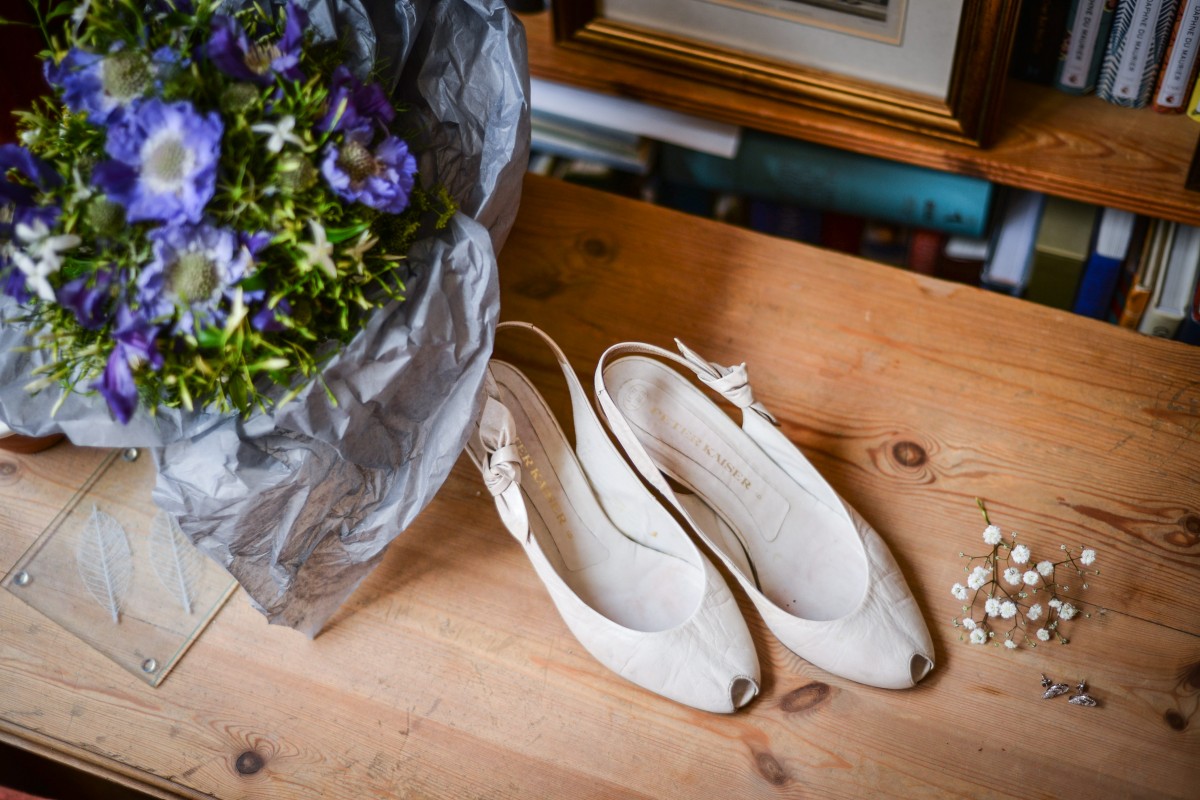 The next superstition under investigation is why is it bad luck to place a pair of shoes on the table? This superstition is widespread throughout Great Britain and Commonwealth countries, but there are also similar taboos about shoes across the world.

According to some, leaving shoes on the table is a harbinger of death. This originates from the practice of honouring fatalities in the mining industry. When a poor miner lost his life down the in pits, his family would leave his boots on the table as a tribute.

In a slightly different origin story, it’s also claimed that the bad luck comes from convicts swinging from the hangman’s noose. Convicts wore shoes when they were executed, and at the end when the rope was cut the toes of their boots would scrape the wooden platform of the gallows. This was associated with the top of a table.

But shoes on the table not only invite death. Some people believe they affect future prosperity and marriage prospects, invite a fight into the house, or bring a storm of thunder and lightning. And in theatrical circles, shoes on the table can cause an actor to stutter on stage.

Hygiene could be the more practical reason behind the superstition. This spread during the Victorian era, when developments in medical science led to society in general becoming more aware of the impact of germs. Who wants grubby shoes next to their dinner plate, anyway? But there is some dispute about whether this superstition relates to only brand new shoes or any shoes, regardless of age. New shoes, presumably unworn and in bags or boxes, would not have the same health risks as a pair of dirty old sneakers. However, in the Cantonese speaking community, shoes in general are considered bad luck because the word for ‘shoe’ is the same as the word for ‘sigh.’

In Italy and in the Ozarks, shoes on the bed (rather than the table) bring death to the family and, similarly, the Chinese practice of feng shui warns against placing shoes high off the floor because walking underneath them implies you are being stepped on.

But it is not only shoes – there are a number of items which bring bad luck when placed on the table. This belief stems from the church and its perception of the table as sacred and symbolic of the altar in the home. Other items to keep off the table include babies, bellows, and umbrellas.

However, there are remedies if you’ve accidentally left your shoes on the dining room table. You can ward off the bad luck by spitting on the soles of the shoes or knocking under the tabletop. But to erase the bad luck, the person who put the shoes on the table must be the one to remove them.

Whether the origin comes from deaths in mines, the gallows, or being trampled on, keeping shoes off the table makes perfect sense from a hygienic perspective. This superstition is another example of how wisdom and important information is shared throughout society and down the generations with folklore.

Nacht, J. 1915  ‘The Symbolism of the Shoes with Special Reference to Jewish Sources’, The Jewish Quarterly Review Volume 6

Roud, S. 2006 The Penguin Guide to the Superstitions of Britain and Ireland, Penguin, London