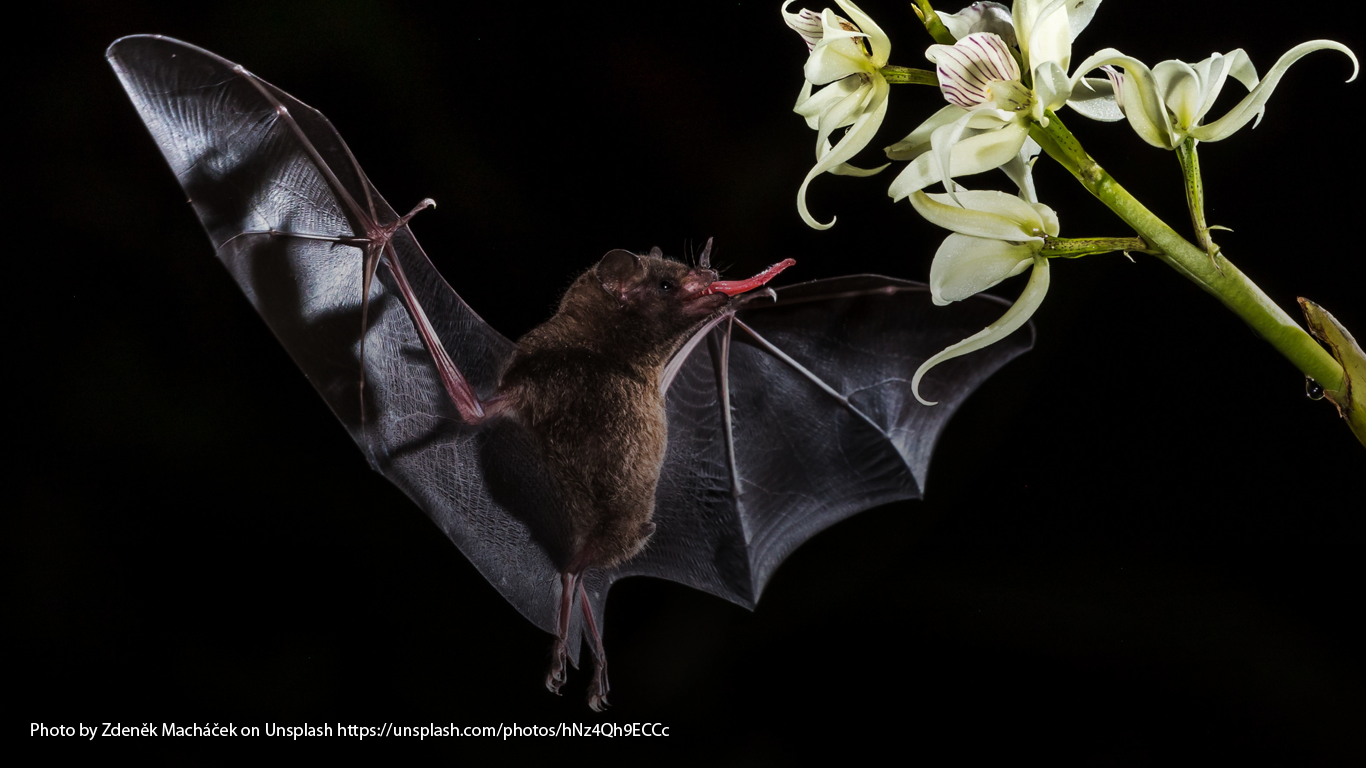 Bats feature in many myths, legends and folklore from diverse cultures around the world, and are often associated with darkness, death and the supernatural. Unquestionably, they are strange creatures, appearing as half animal and half bird, like something from a nightmare world. From this duality and strangeness evolved a reputation of duplicity and threat, appearing as neither one thing nor the other. In fact they are mammals of the scientific order Chiroptera, meaning “hand wing” in ancient Greek, because their forelimbs have become adapted to be wings. Do they really deserve this sinister reputation, or do they play a more important role in the world than feeding the dark human fascination for the spooky and the supernatural?

Presented here are different viewpoints from around the world, followed by a short look at the real significance of bats to humankind.

Aesop’s Fables: The Bat and the Weasel

The duality of bats is mentioned in one of Aesop’s Fables, which tells how a bat fell to the ground and was pounced on by a weasel. The bat begged to be spared but the weasel insisted that he could not do that because he was an enemy of all birds. The bat said, “Well look at me.  I am a mouse, not a bird!” The weasel looked at the bat and agreed it was a mouse and released it. A little later the same bat was caught by another weasel and begged for mercy. The weasel replied, “No, I never let mice go!” The bat said, “Well, look closely at me.  I am a bird.  See my wings.” The weasel replied, “Well, so you are!” and let the bat go.

It is not just their physical form that makes bats a curiosity. The way they live their lives and their behaviour places them somewhere betwixt and between, appearing as neither one thing, nor the other. They often live and breed in dark and unusual places such as caves, tunnels and lofts, leaving these  at twilight – the time between light and darkness – in search of food.  Appearing as half bird, half mammal at the edge of day and night they are seen as liminal beings and not part of the natural order. This liminality gives bats a supernatural air that further heightens mystery and distrust as they cross the borders between birds and mammals, day and night.

Their dark reputation is further enhanced with their association with Halloween and Samhain, the time of year when the time of long, light days begins to draw to an end and the dark time of the year begins. It is at this time when the veil between this world and the otherworld was believed to thin and a state of liminality existed. This allowed the borders to be crossed and the dead and the spirits of the underworld return to visit earth. Bats, being seen as liminal creatures, were believed to be able to cross this barrier.

In many human cultures, caves were seen as gateways to the underworld and bats often emerge from caves at twilight when day merges into night.  The underworld is often associated with the dead but it is perhaps the association with vampires that is the most sinister aspect of bats. Out of over 13,000 species, there are only three that feed on blood. Nevertheless, it is still a strongly sinister characteristic linking them closely to vampirism.

Vampire bats were not discovered until the 16th century in Central and South America. Although bats already had long had a sinister reputation their addition to European vampire folklore came after that. It was from these traditions that the vampire bats were named rather than them giving their name to the supernatural, blood-sucking creature. Although vampire bats have been known to attack humans and large animals it is usually not fatal, though it has been known to transmit rabies. Sometimes, as with the myth, it leaves a trademark two-pronged bite on the victim.

The novel, Dracula, by Bram Stoker encouraged the vampire association which was expanded and embellished later by other writers. The myths grew with the 1927 stage production which further associated Dracula with bats. Further films and novels continued associating vampires with bats and this is still perpetuated in western literature, films, television, theatre, art and most forms of media.

Why the Bat Flies by Night

A folktale from Southern Nigeria gives a novel explanation of why the bat flies at night while highlighting its supposedly untrustworthy nature. It tells how a bushrat named Oyot was friends with Emiong the bat and they would often eat together, taking it in turns to cook.

Emiong always cooked a really tasty soup that Oyot loved  and one day, after enjoying a bowl of Emiong’s soup, Oyot asked how he managed to make it so tasty. The bat told him that whenever he made soup he always boiled himself in the water because his flesh was so sweet. He then pretended to demonstrate exactly how he did this. First he filled a large pot with warm water which he told his friend was boiling. Then he jumped into it and sat in it for a while and then climbed out. When soup was placed before Oyot it was as good and tasty as ever but it was from a different batch the bat had prepared early.

When Oyot went home his wife had to go out on an errand. He told her he would make some tasty soup like Emiong had taught him for when she returned. Oyot boiled the water and jumped in, but the soup, being boiling, killed him. When his wife returned she saw the pot was still boiling and no sign of her husband. Bending over the soup to stir, but unlike the old joke where a diner saw a hair in their soup, she saw the dead body of her husband. Upset at his death, and possibly the ruining of the soup, she went straight to the king.

The king ordered that Emiong be arrested and thrown into prison. Emiong knew he was in trouble and flew off into the bush. All day people searched for him and he realised that sooner or later they would catch him unless he changed his ways. Therefore, instead of coming out and feeding in daylight he began to feed at night. That is why Emionog the bat is hardly ever seen out during the day anymore.

A folktale from Kanara, India tells how bats were once unhappy birds that prayed to become human. Their prayers were partially granted and they were given grotesquely humanoid faces, hair and teeth but still had their wings and could fly. Becoming neither one thing nor the other made them ashamed. Therefore, they would only come out at night, spending the daylight hours praying to be transformed back into birds.

In some places bats were seen more positively. In ancient Egypt it was believed bats could alleviate or cure many ailments including baldness, fever toothache and poor eyesight. Bat dung placed over a door opening prevented disease carrying demons from entering. In China, the bat is a symbol of happiness and good luck and its image is found in art and crafts expressing this.

Bats and the Environment

The fictional DC Comic Super-hero, Batman relied on the sinister aspect of bats to strike fear into criminals, yet despite the scary myths, bats are an important part of the ecosystems and economies of many parts of the world. They eat insects performing pest control while also pollinating species of plants and spreading seeds. Over five hundred species of plants rely on bats for pollination including durian, banana, mango, guava, cocoa and agave. This pollination syndrome is called chiropterophily.  In some countries such as the UK bats are seen as an “indicator species” and the stability of their population is monitored to look for changes in biodiversity. Despite all the sinister associations bats perform an essential role in the environment, adding greatly to the wellbeing of humanity. Therefore, let us give them the recognition they deserve because if bats were to disappear tomorrow, that would give us something to genuinely fear.