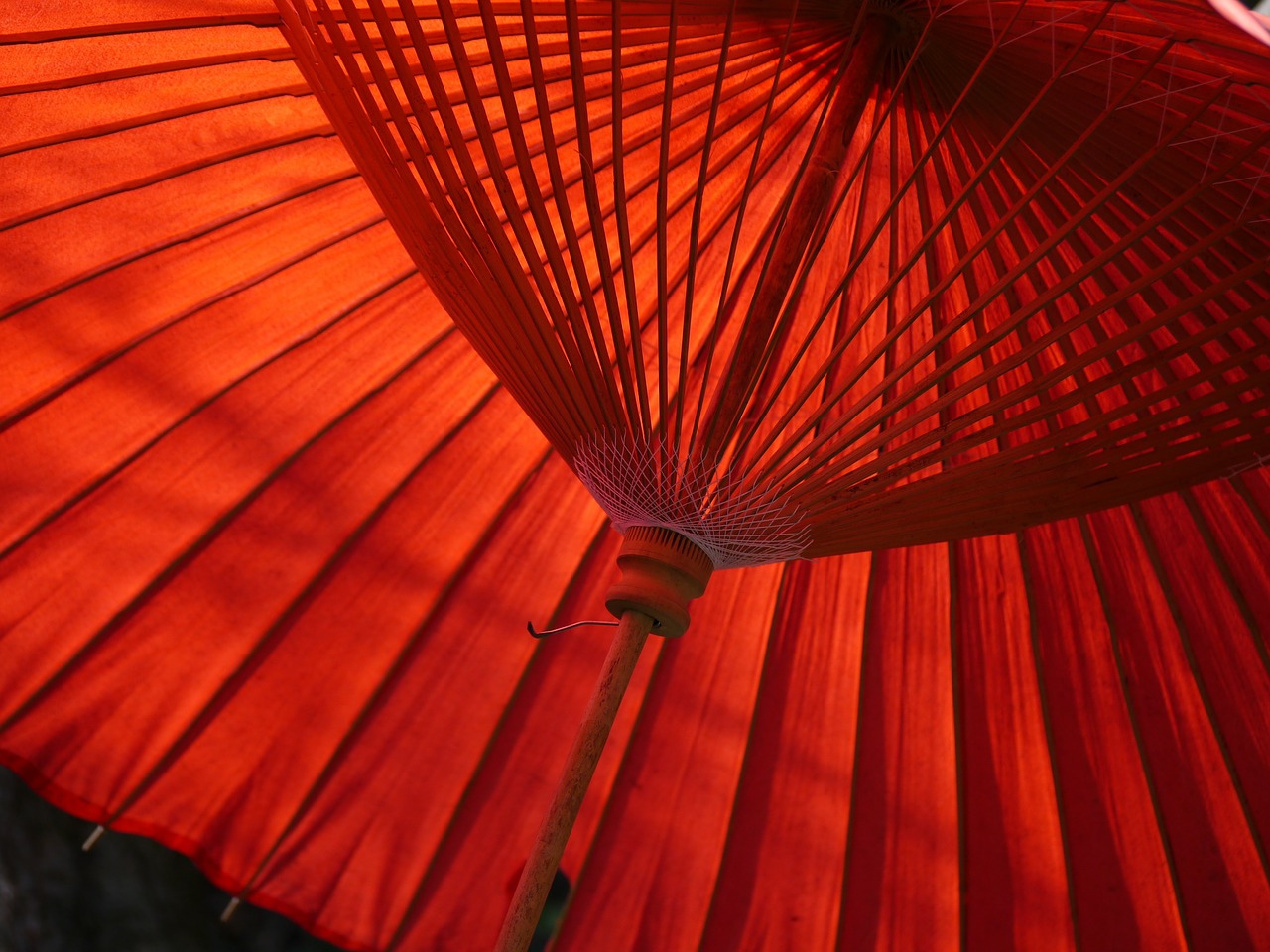 The exploration into the origins of common superstitions continues with the beliefs surrounding the opening of an umbrella inside. Does this superstition come from avoiding the wrath of an ancient sky goddess, preventing the goblins from escaping, or is the source something far more pragmatic?

The umbrella, or parasol, began as a sun shade in ancient Mesopotamia, where the sun was more hazardous than the rain. Servants followed royals and nobles with parasols, shading their rulers from the harsh sun. From Mesopotamia, the parasol/umbrella was adopted as a sacred symbol by both Buddhism and Catholicism. The parasol is one of the eight auspicious symbols of Himalayan Buddhism, representing the sky, protection, and learning. The umbraculum, also representing protection, is a symbol of the Pope. The umbraculum appears on the coat of arms of the sede vacante (the period between popes), and the papal umbrella trendsetter was the notorious Borgia, Pope Alexander VI.

So why is a sacred symbol of protection bad luck when brought inside?

The first theory is that an open umbrella inside is an insult to a sky goddess. In ancient Egypt, the body of the goddess Nut covered the entire sky, and the umbrella was a symbol of her protection. In Egypt, fashionable nobles were shaded by peacock feather covered parasols representing Nut, and the shadow from a noble’s umbrella was sacred — believed to be linked with the afterlife. Stepping inside the shadow was blasphemous, and opening an umbrella inside was an insult to the goddess.

Others argue the superstition has a more practical origin. Umbrellas became more commonplace for both men and women in Britain in the 18th century, after Hanway convinced British men that an umbrella was in fact useful and not an effeminate accoutrement. However, their spring mechanisms were rather clunky and unpredictable. Umbrellas were called an ‘odious instrument’ and with the invention of steel ribs, they had a habit of springing open, knocking over vases and poking people in the eye. These unintended accidents could cause arguments with friends and family, and in the days where manners were all important and causing offence was avoided at all costs, it’s argued that the superstition emerged to protect domestic harmony.

But in some places an open umbrella inside has darker consequences, and was considered a harbinger of murder or death. Returning to the Catholic symbolism of the umbrella, some claim that an open umbrella invites death into the house, as an umbrella often covers the heads of a priest when performing the last rites. And because pixies, goblins and fairies like to live inside upturned objects, opening an umbrella inside can let the goblins out; some claiming that the open umbrella forfeits the protection offered by a house. And lastly, make sure you keep a firm grip on your umbrella because as an old Scottish saying goes drop your umbrella and your mind is sure to follow.

While the origin of the superstition may come from practical advice to avoid injuring a family member or smashing your aunt’s knick-knacks, it aligns with the taboo of not bringing objects from one environment into another. This superstition reinforces the distinction between inside and outside, the home and the rest of the world, and private and public space. And of course, no one wants goblins running about their house. I hear they make a terrible mess.

Roud, S. (2006) The Penguin Guide to the Superstitions of Britain and Ireland Penguin, London