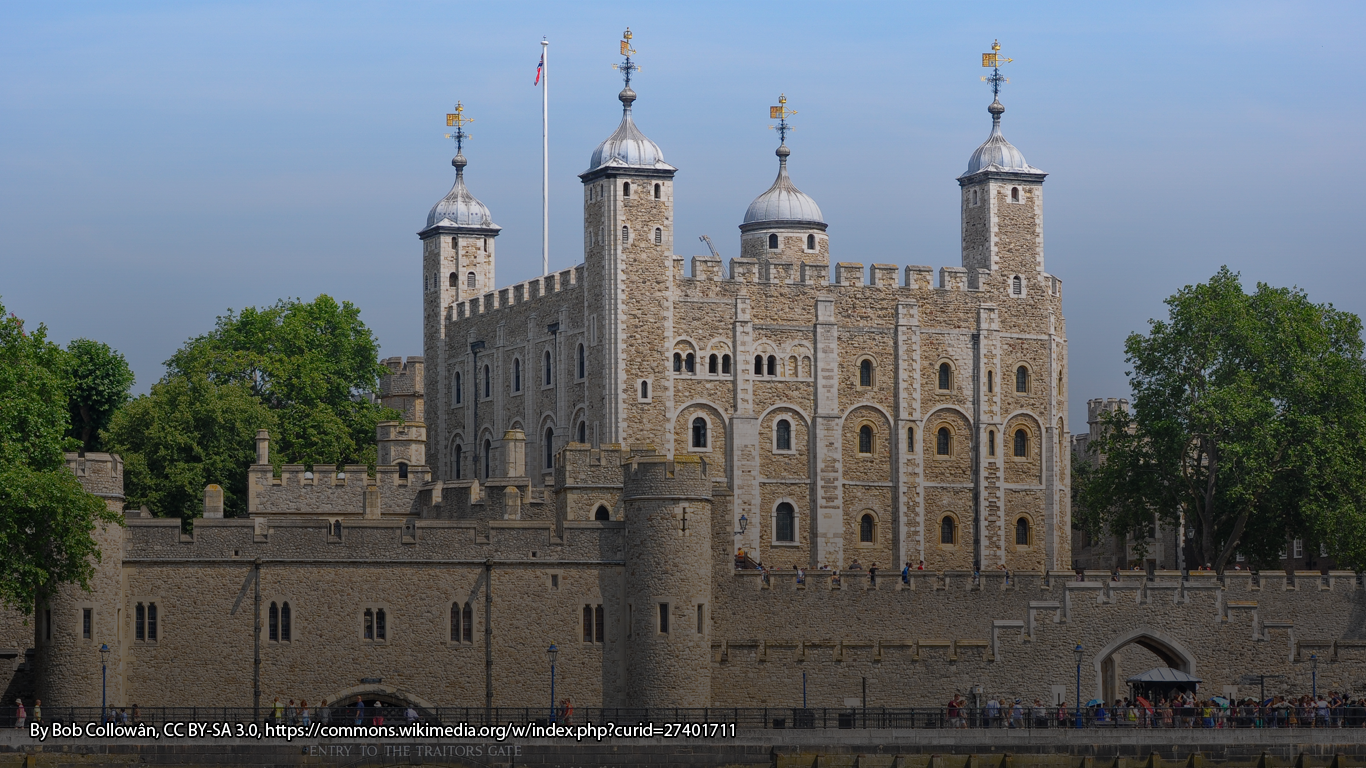 In 1078, William the Conqueror built a white tower on the north bank of the River Thames that would become the most prominent part of the Tower of London. But there is more to the tower than just a tourist attraction. From the ghosts that are said to haunt its walls, to the ravens protecting both the castle and the city itself, there are many stories and superstitions surrounding the Tower of London.

The Ravens of the Tower

One of the most famous stories about the Tower of London concerns the ravens that live within the walls.

“If the Tower of London ravens are lost or fly away, the Crown will fall and Britain with it.”

Ravens are referenced in mythology across the world, including stories in Greek mythology where they were said to be a symbol of bad luck, and in the Hebrew Bible, where they are the first species of bird to be mentioned. They are believed, by some, to represent a symbol of vice (as opposed to the dove as a symbol of virtue). In the Qur’an, the story of Cain and Abel includes mention of a raven as the creature who taught Cain how to bury his murdered brother. Irish mythology associates ravens with warfare and the goddess Morrigan who transformed into the form of a raven. The name of the Welsh god Bran the Blessed translates to ‘raven’ – his head is believed to be buried in the White Hill of London as a talisman against invasion.

Allegedly, at the execution of Anne Boleyn in 1536, “even the ravens of the Tower sat silent and immovable on the battlements and gazed eerily at the strange scene”. Stories say that during the execution of Lady Jane Grey in 1554 they pecked the eyes out of her severed head.

During the Second World War, many of the ravens living in the tower were killed during bombing raids. Only two survived – Mabel and Grip – but when Mabel flew away, Grip was left despondent. A few weeks later, Grip also flew away. The incident was reported in British newspapers, and the stories contained references to the legend of Britain’s potential fall. Soon after, the decolonisation of the British Empire (as it was then) began, leading some to take this as confirmation of the legend.

Today, the ravens have their wings clipped in a way that allows them to fly, but prevents them from travelling far enough to leave. A minimum number of six ravens are now kept at the Tower, cared for by the Ravenmaster, Chris Skaife, who has a close bond with each of the birds. One of the current ravens, Merlina, is known to fly as far as the wharf on the River Thames, but she always returns, thanks to her bond with her carer.

The Princes in the Bloody Tower

The Bloody Tower was an addition to the main castle in the early 1220s, during the reign of King Henry III. Its original name was the Garden Tower, but it didn’t take long before it became more famous for its disturbing history than the Constable’s Garden it overlooks.

Two young brothers, Edward V and Richard Duke of York, disappeared in 1483. When their father, King Edward IV died, the two boys – aged just 12- and 9-years-old respectively – were sent to live in the Tower of London with their uncle, who was supposed to be caring for them. However, their uncle took the throne for himself as Richard III, and the boys vanished from public sight.

There are many theories about what happened to the boys, and it’s generally assumed that they were murdered, but there is no evidence either way. In 1674, workmen were demolishing a staircase that lead to the chapel in the White Tower. Beneath this staircase, they discovered the bones of two children. The bones were believed to be those of the two princes, and were buried in Westminster Abbey. In 1933, permission was given for an exhumation of the bones. Tests indicated that they belonged to children of the same age as the princes had been, although, due to the time period, no modern carbon dating or DNA analysis was carried out. Westminster Abbey has refused a second exhumation.

According to legend, the Bloody Tower is haunted by the ghosts of these two princes. Guards in the fifteenth century reported that they saw the shadows of two small figures gliding down the stairs. The figures were wearing white nightshirts and were silently holding hands.

Other Tower of London Ghosts

The most well-known of the Tower ghosts is that of Queen Anne Boleyn. Famously beheaded in 1536, in part to allow her husband, King Henry VIII, to marry someone else, she is reported to have been seen around the area where she was executed. Some also claim they’ve seen her leading a procession down the aisle of a chapel, and witnessed her headless body wandering the Tower’s corridors at night.

Thomas Becket was the Archbishop of Canterbury until he was murdered in 1170, and his is said to have been one of the first ghosts ever seen in the Tower. It is said that his ghost was unhappy with some of the building works happening in the Tower, and reduced the new wall to rubble by striking it with his cross. In order to placate the ghost, a new chapel was built for the Archbishop. Apparently it was successful, as no further interruptions were reported.

The Tower is home to the British Crown Jewels, which are on display at the Jewel House. This includes the Koh-i-Noor diamond; one of the largest cut diamonds in the world, and, arguably, one of the most cursed.

The Koh-i-Noor, which means ‘Mountain of Light’ in Persian, is a 105 carat diamond and is believed to have been mined in India. A Hindu text from the 1300s reads:

“He who owns this diamond will own the world, but will also know all
its misfortunes. Only God, or a woman, can wear it with impunity.”

The history of the stone has been littered with violence; many of the early dynasties that owned the diamond were brief reigns, ending in war. In 1639, the diamond was owned by the Mughal emperor Shah Jahan. His reign ended with his four sons torturing and killing each other. In 1747, the Persian King Nadir Shah was assassinated and the diamond passed to his successors. Each one was dethroned and ritually blinded. Similar stories continue through the years.

It is believed that the curse only brings bad luck to any man who wears it. Since being ceded to Queen Victoria in 1849, the diamond has only been worn by female members of the British royal family.

Due to the sheer amount of history surrounding the Tower of London, there are plenty more small pieces of folklore, including the belief that if you want to improve your chances of getting pregnant you should stick a pin in the codpiece of Henry VIII’s armour, which is on display at the Tower. There are also tales of hidden treasure, customs such as ‘beating the bounds’, and ceremonies that involve saluting keys. Take a private evening tour of the Tower with one of the Beefeaters, and you might even get to have a drink in the secret pub hidden within its walls!