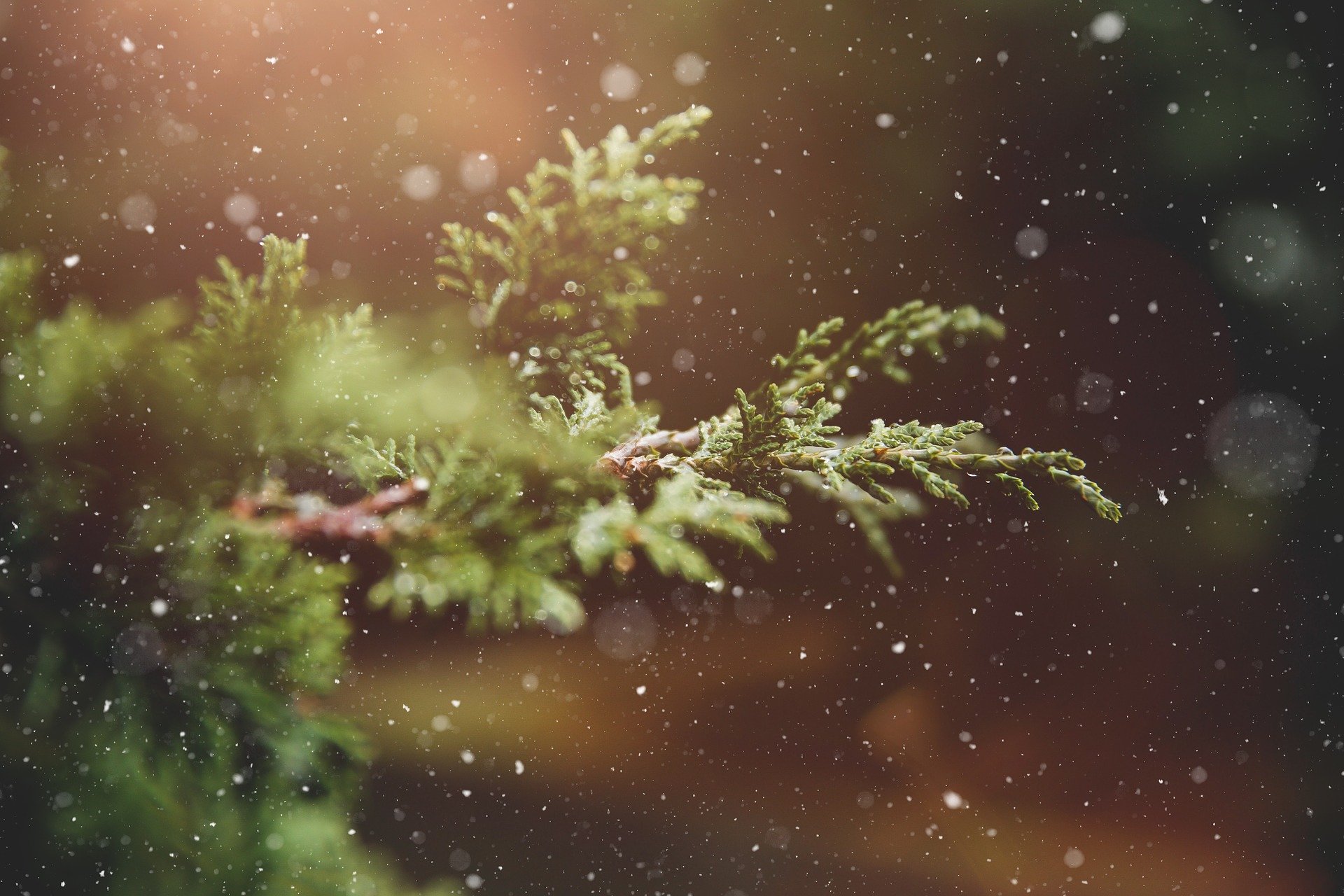 From early November, the appearance of brightly decorated trees – both real and artificial – signal the approaching Christmas holidays. But how did fir trees come to represent a holiday associated with the birth of the Messiah?

Trees have been a centre point of many world mythologies and religions throughout the ages. As a symbol of growth, death and rebirth, they are powerful reminders of the recurring cycles of life, with evergreen trees specifically representing fertility and immortality. The rituals and beliefs surrounding trees in general, and Christmas trees in particular, are rooted in something far more ancient than the birth of Christ two millennia ago.

Trees in ancient religion and folklore

Possibly the best-known tree in mythology is Yggdrasil, the world tree from Norse mythology. The huge ash tree is at the centre of the universe and has branches and roots that extend into the heavens, the depths of the underworld, and throughout the realm of living beings. But world trees exist in many other religions, including Égig érő fa in Hungarian mythology, Ağaç Ana in Turkic mythology and Modun in Mongol mythology.

Judeo-Christian mythology also includes a well-known tree, although it’s unlikely that this is a predecessor to the Christmas tree! The Tree of the Knowledge of Good and Evil was in the Garden of Eden, as was a tree known as the Tree of Life – there is some debate about whether these are the same tree or two separate ones. Both are mentioned in the book of Genesis, with the fruit of the tree leading to the expulsion of Adam and Eve from the garden.

Early Romans marked the solstice with a feast called the Saturnalia. This was held on 17 December and expanded through until 23 December, and was in honor of Saturn, the god of agriculture. The holiday was celebrated with gift-giving, partying general role reversals – slaves were treated to banquets, people wore colourful clothes rather than togas and females were (sometimes) accepted at otherwise all-male gatherings.

With Saturn being the god of agriculture, the Romans believed that the solstice and their tributes would mean that soon farms and orchards would be green and fruitful. To mark the occasion, they decorated their homes and temples with evergreen boughs.

It’s been suggested that it was Martin Luther, the man who started the Protestant Reformation, began the tradition of bringing a tree into the home. According to legend, he was walking through the woods one night and noticed the stars shining through the trees. He wanted to share this sight with his wife, so he cut down a tree and took it home, decorating it with small lighted candles on the branches. He told her that it would be a symbol of the beautiful Christmas sky.

Another legend, also based in Germany, says that people combined two different customs, which created a Christmas tree. A ‘Paradise Fir’ – a fir tree decorated with apples – represented the Tree of Knowledge, while a Christmas Light – a small pyramid frame usually decorated with glass balls, tinsel and a candle – was a symbol of the birth of Christ as the Light of the World. They combined these two symbols of Christianity, changing the apples on the tree to the balls and tinsel, and placing a light on top, created what we would recognise as a Christmas tree.

Either way, they became popular throughout Germany, and Germans who emigrated to other countries, especially those who settled in Pennsylvania, USA, carried the custom of trees with them. These communities were known for their brightly decorated trees at Christmas, even though many Americans saw them as being pagan symbols at the time.

Taking the custom of a Christmas tree outside of Germany, Princess Helène of Mecklenburg is said to have introduced the idea to Parisian society in 1840, and then to Queen Victoria and Prince Albert in England the following year. In England, USA and Canada, the tree still wasn’t popularised until 1846, when the royal couple were sketched in a national newspaper with their children around a decorated tree.

Victoria and Albert may also have been responsible for the addition of an angel on the top of the tree. Before then, stars, angels and even figures of the baby Jesus were used to top Christmas trees. In Hans Christian Anderson’s tale “The Fir-Tree”, he referred to the decoration of a Danish tree, including its topper:

“On one branch there hung little nets cut out of colored paper, and each net was filled with sugarplums; and among the other boughs gilded apples and walnuts were suspended, looking as though they had grown there, and little blue and white tapers were placed among the leaves. Dolls that looked for all the world like men—the Tree had never beheld such before—were seen among the foliage, and at the very top a large star of gold tinsel was fixed.”

In Victorian times, the tree would have been decorated with candles to represent stars. In many parts of Europe, candles are still used to decorate Christmas trees.

In 1885, a hospital in Chicago burned down because of candles on a Christmas tree. Insurance companies in the USA tried pass a law that would ban candles from being used on Christmas trees because of the fire risk.

It’s now common to find tinsel decorating trees (and everything else!) at Christmas, but originally it was made from thin strips of beaten silver, and therefore a lot less common. However, from a folklore point of view, tinsel was actually created by the Christmas Spider.

The Tale of the Christmas Spider

Well known in Eastern Europe and Ukraine in particular, the tale of the Christmas Spider tells the story of a widow who lived in a cramped, cold hut with her children. A pine cone fell from the tree outside, and the children looked after it, excited to have a tree for Christmas. When Christmas Eve arrived, they realised they had no money to decorate the tree, and the children went to bed, leaving the branches of their new tree bare.

But the household spiders heard the sad cries of the children, and spun intricate cobwebs across the tree. When the children woke up in the morning, they were delighted. As the sun rose, rays of light came through the window, colouring the delicate webs in silver and gold. It’s said that after that morning, the widow and her children never wanted for anything again.

Ukrainians still decorate their trees with artificial spider webs and small ornaments in the shape of spiders (known as pavuchky, literally “little spiders”) to this day to usher in good luck and fortune for the coming year.

The popular Christmas carol, Oh Christmas Tree, is based on a German folk song, O Tannenbaum. The word Tannenbaum simply refers to a fir tree, although it does include a reference to Christmastime. However, several English ‘translations’ have been popularised, replacing the word Tannenbaum with ‘Christmas tree’, and including other verses. A popularised version of the carol, by Aretha Franklin, includes references to the birth of Christ, the real meaning of Christmas, and, interestingly, four of Santa’s reindeer.

Traditionally, Christmas trees are not decorated until Christmas Eve or, where traditions include celebrating Christmas Eve, on the 23 December. But regardless of when you set up your tree, you need to make sure it’s removed by Twelfth Night (5 January), else you risk bad luck to everyone in the house.

In England, it’s also said that you shouldn’t just throw any Christmas greenery – including the tree – out the door, or a death will occur in the house before the following Yuletide.

So, whether you celebrate Christmas, Saturnalia or any other December holiday, think twice before you chuck your old tree out!