The Curious Case of Princess Caraboo

When a young woman claiming to be Princess Caraboo from a foreign land arrived unexpectedly in the Gloucestershire village of Almondsbury on 3rd of April, 1817, it was to cause quite a stir in Regency England, and gave the people a new folk heroine. She had black hair, was about 5ft 2 inches tall, dressed in an unfamiliar fashion, and did not have the appearance of someone who had been used to hard physical work. To the bewilderment of all, she spoke an unknown language, apparently not understanding any questions in English, and appeared lost and confused. Her only possessions were the clothes she wore, a counterfeit sixpence and a couple of halfpennies. The possession of counterfeit money was a serious crime and she was not carrying any form of identification so her identity could not be determined. She was taken to the local overseer of the poor, who took her to the county magistrate, Samuel Worrall of Knole Park. Neither Worrall, nor his American born wife, Elizabeth, could comprehend her either, but using signs managed to understand that she called herself Caraboo.

Mrs Worrall decided she should be taken to the local inn where she was to be given supper and a private bedroom for the night. In the morning she would visit and talk to her further to decide what could be done for her. When she arrived at the inn, Caraboo saw a painting of a pineapple on a wall. Excitedly she indicated she recognised it repeatedly calling it, “ananas”, a word in a number of Indo-European languages for a pineapple.

As she was waiting for supper she managed to convey that she desired a cup of tea. She was given one but before drinking she bowed her head, covered her eyes and appeared to murmur a prayer in an unknown language and then sipped the tea. When it was gone she was offered a refill but would not accept it until the cup had been thoroughly washed and she had carried out the same ritual again. After her supper she was shown to her bedroom and to her hosts’ bemusement she prepared herself for sleeping on the floor, even though her room had a good bed. After the landlady’s daughter demonstrated how to use it she knelt in prayer, undressed and got into bed. 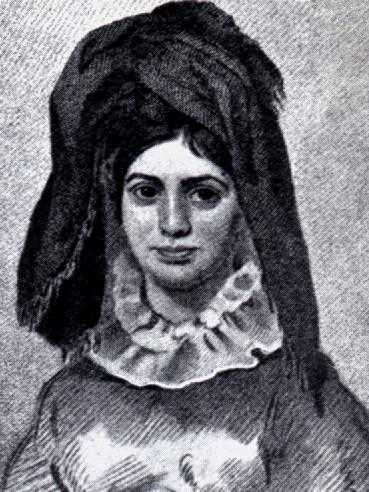 Worrall sent her to the Mayor of Bristol, John Haythorne, but he could get nothing intelligible from the girl and sent her to St. Peter’s Hospital, as the law required, while further investigations were made for a possible trial. While in hospital, a Portuguese sailor named Manuel Eynesso contacted the authorities, claiming he could speak her language. The authorities agreed to let him talk to her and after doing so he told them her name was Princess Caraboo and her home was an island called Javasu, in the Indian Ocean. Furthermore, she had been abducted by pirates and they had sailed to England with her on board. She had managed to escape by jumping overboard in the Bristol Channel and swam ashore.

Samuel Worrall and his wife, believing she was a royal princess who had suffered terribly at the hands of pirates, took her back into their home. A gentleman who had travelled extensively to China and the East Indies took an interest in her and attempted to communicate with her using signs and gestures. From these she appeared to confirm her name was Caraboo and her father was a man of high status in her country of birth, which was China, but which she called Congee. Furthermore, she had been captured in a place called Javasu and worshipped a god called Allah-Tallah. He also apparently learnt that her mother was a Malay woman who had been killed in fighting between cannibals, called Boogoos, and the Malays.

The day she was kidnapped she had been in the company of her girls servants walking in the gardens. Pirates led by someone called Chee-min had captured, bound and gagged her and carried her off to their ship. She claimed when they untied her, she attacked two of the pirates, killing one and wounding the other.

After 11 days she was sold to the ship’s captain, named Tappa Boo, who set sail for Europe. On reaching England, and while sailing up the Bristol Channel, she escaped by jumping overboard and swimming ashore. On reaching shore she wandered around for six weeks before arriving in Almondsbury.

For the press and media, the incredible adventures of a brave foreign princess, kidnapped by pirates, and transported half around the world was an opportunity not to be missed and she became a celebrity. Lords, ladies and other dignitaries flocked to see the brave and exotic princess and she did not disappoint them. She showed off her skills with a bow and arrow, gave fencing demonstrations and swam naked in the lake. She would pray to her god before she went to bed and sometimes climbed to the top of a tree to pray. All her high-ranking visitors were greatly enthralled by this strange, exotic princess and her bizarre behaviour and language. As her fame spread, she dressed in exotic clothes and had her portrait painted which was printed in local newspapers. However, the plot thickened when, looking through a copy of the Bristol Journal, a boarding house keeper by the name of Mrs Neale instantly recognised her as Mary Baker (born Willcocks). The girl was a cobbler’s daughter from Witheridge in Devon who had lodged with her for a time. 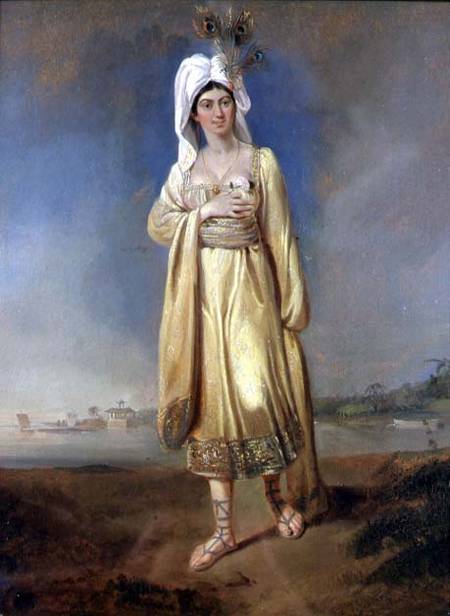 When the truth became known it might be expected for the press to vilify and condemn Mary Baker, but in fact, the opposite happened. They lampooned and lambasted the Worralls and all their learned rural gentry who had been taken in. She had succeeded in pulling the wool over the eyes, becoming a celebrity twice over, and in the space of two months something of a folk heroine. Ignoring their own part in creating the sensation, the press took to ridiculing and satirizing the individuals, gentry and intellectuals who were taken in by a poor uneducated working class girl while the public lapped it up.

So just how did a relatively uneducated, poor, homeless girl manage to fool such eminent people? For a start, Mary quickly realised that they truly believed she could not speak or comprehend English because they discussed this to each other in her presence thinking she did not understand. What they said helped her to lead them on and manipulate them, which is why she always seemed so credible. They also showed her books and pictures of foreign places and languages so this further helped her. The Worralls gave her food and shelter, surely enough motivation for a poor homeless girl, but perhaps above all she was getting attention as someone of significance and interest to a great many people.

Mary was given a boat fare for Philadelphia and left on June the 28th 1817. Mary’s story was known in America and she was greeted enthusiastically as Princess Caraboo and gave performances of the princess in theatres. In 1824, she returned to England giving performances of Princess Caraboo in London’s New Bond Street, and also in Bath and Bristol where she married and gave birth to a daughter in 1829. She was known to be selling leeches to the Bristol Infirmary Hospital in 1839, which may have involved collecting them — not a nice task. Although animals were sometimes used to attract them, collectors often used their own legs, and infections and loss of blood were a high risk. Mary died on Christmas Eve, 1864 and was buried in Hebron Road Burial Ground, Bedminster, in an unmarked grave.