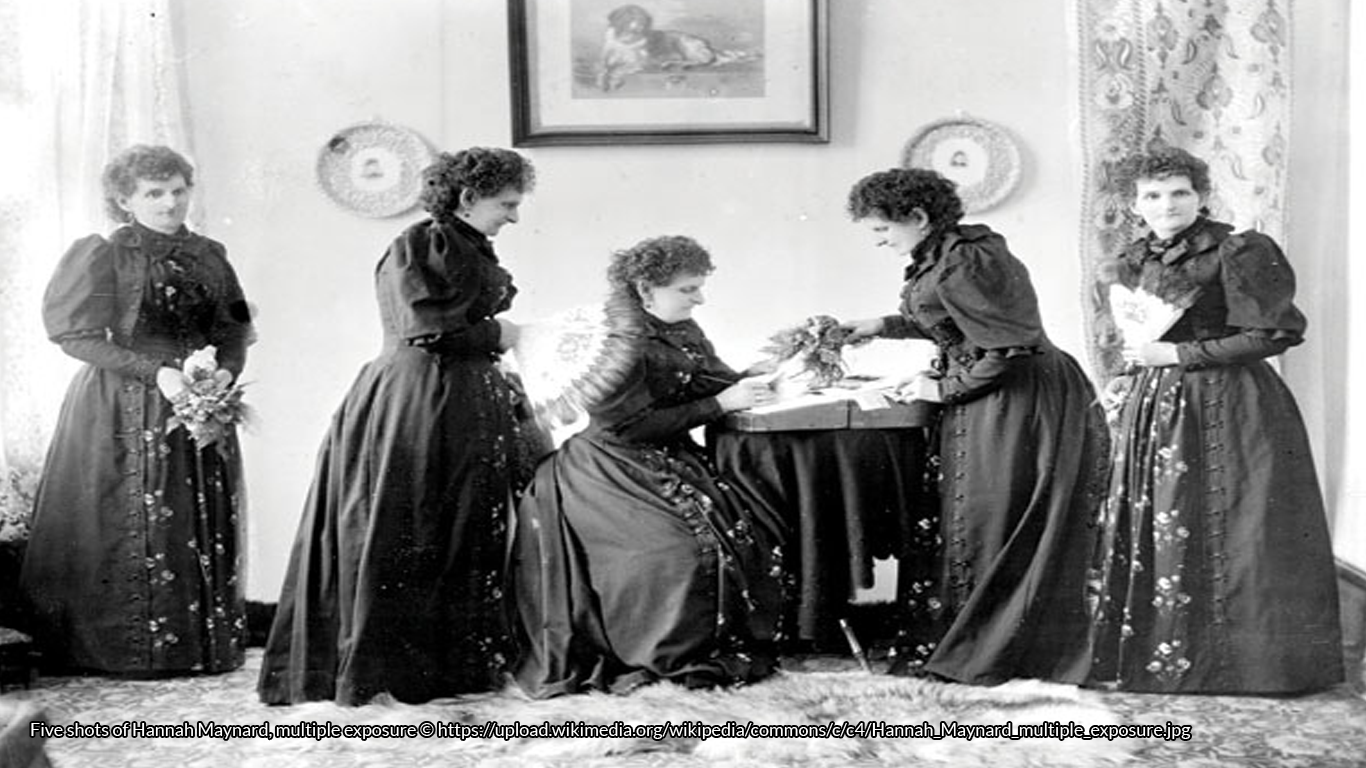 Evil Twins and Doppelgangers: What Meaning Does the Double Have in Folklore?

You might have heard of the phrase “spitting image,” or that a person is the double of another. But what is a double and what does it mean in folklore? The double, or doppelganger, appears in folklore in a range of ways. It can be a vision of a person who is far away. Or it can mean coming face-to-face with yourself. Many cultures have beliefs around shadows, reflections, and paintings. Taking control of the double in these forms means taking control of the soul. Let’s take a look at what the double is.

What is a doppelganger?

The word doppelganger is German for ‘double walker.’ Also known as a double, it’s essentially a copy of a real person. So that’s not a twin with an independent identity – just a duplicate of you.

Seeing a double is considered an omen of death. Many ghost stories tell tales of families who have seen a relative at home, when the relative was actually many miles away. Seeing their double indicates trauma or fatal injury to the relative.

Seeing someone else’s double often heralds their death. But seeing your own double can be even more prophetic.

Abraham Lincoln famously reported seeing his own double in a mirror in 1860. He saw not one, but two reflections – one of which was far paler than the other.

His wife, Mary Todd Lincoln, believed it was a vision. She interpreted it to mean Lincoln wouldn’t live to see the end of his second term of office.

According to legend, Elizabeth I entered her bedroom and found her doppelganger lying on her bed. Her double was pale and sickly. Elizabeth herself fell ill soon after, and she died in the same bed. 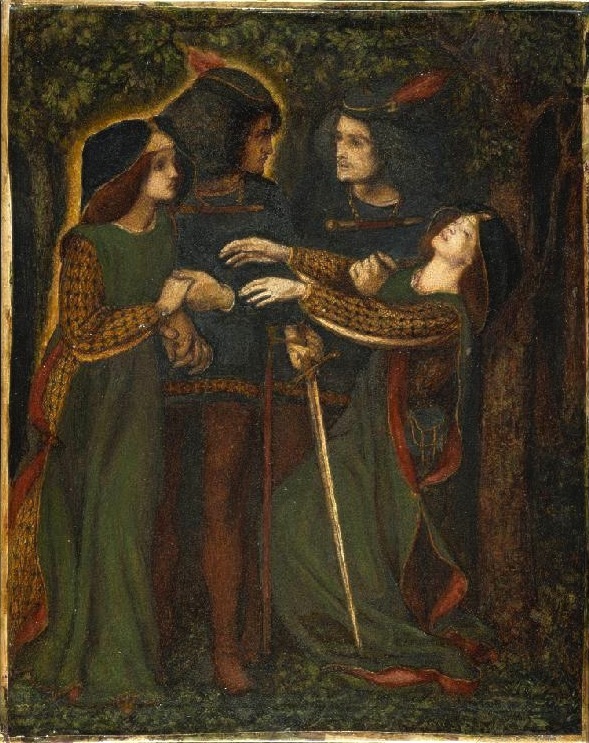 How They Met Themselves by Dante Gabriel Rossetti https://commons.wikimedia.org/wiki/File:Dante_Gabriel_Rossetti_-_How_They_Met_Themselves_(1860-64_circa).jpg

Dante Gabriel Rossetti captured such fears around the double in his painting entitled “How They Met Themselves.” In it, a couple walking in the woods encounter their doubles. The woman faints clean away at the sight of herself.

But some doubles are unsettling, rather than fatal

Norse mythology features a strange type of double in the vardøger. In a weird form of reverse deja vu; the double does everything the real person is going to do before they actually do it. Witnesses report seeing or hearing a person before they physically arrive.
The German writer Johann Wolfgang von Goethe bumped into his double on the road. Goethe was riding towards Drusenheim, and his double approached in the other direction. This second Goethe wore a grey suit trimmed in gold. Goethe found himself on the same road eight years later, riding in the opposite direction. He was wearing a gold-trimmed grey suit.

The double appears in shadows and reflections

Otto Rank tells a tale in his seminal study of The Double (1925) of German folklore. If a person “casts no shadow on the wall of the room by lamplight, or whose shadow is headless,” then they would die within a year.

William Holman Hunt’s painting “The Shadow of Death” uses Christ’s shadow as a prophecy of his own death. His outstretched arms turn his shadow into a crucifix behind him. 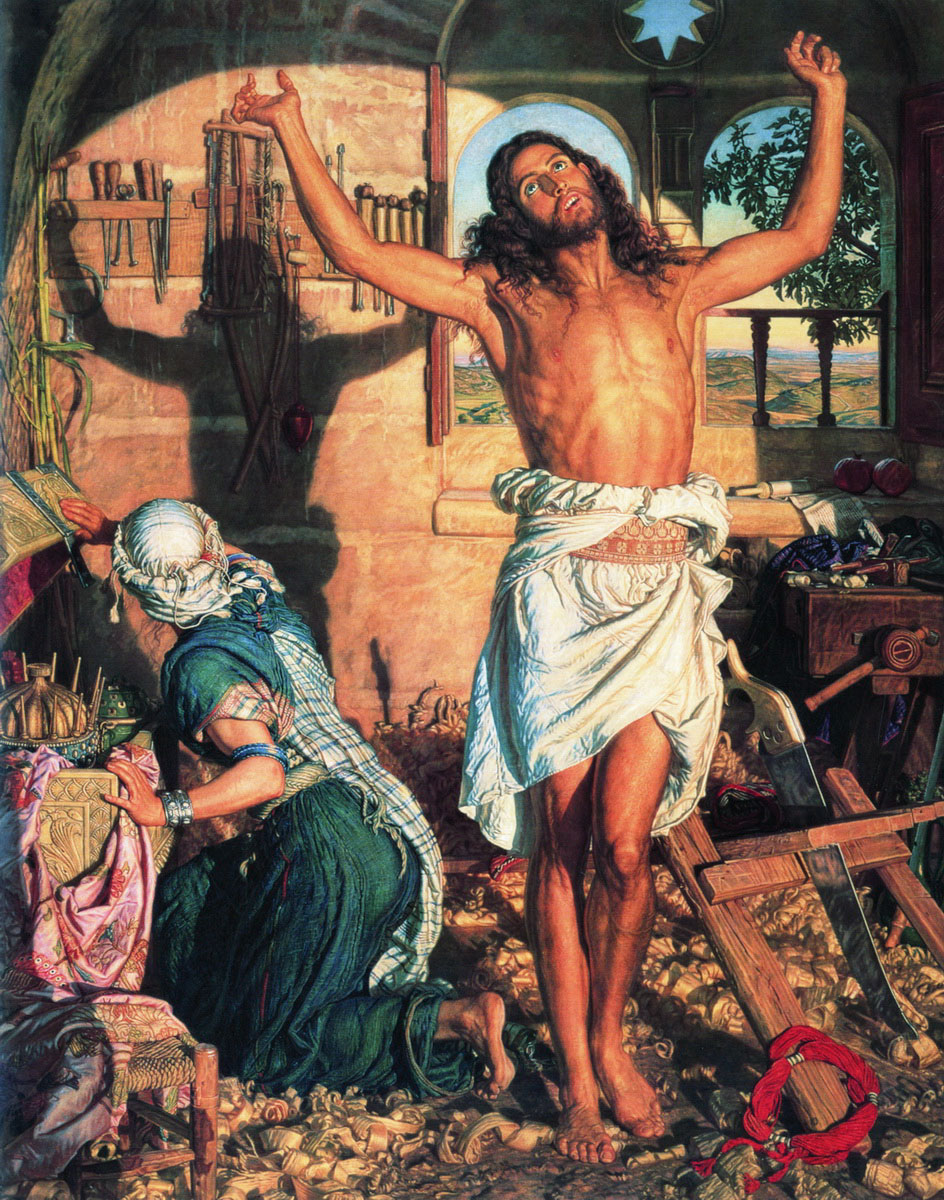 The Shadow of Death by William Holman Hunt https://upload.wikimedia.org/wikipedia/commons/0/03/William_holman_hunt-the_shadow_of_death.jpg

In German provinces, “stepping upon one’s own shadow is a sign of death” (Rank, 1925). Other cultures held similar beliefs. If you injured the shadow, you injured the man.

In The Golden Bough, James Frazer discusses a range of such folklore tales. For example, in the Babar Islands, demons might catch hold of a shadow to give them power over the soul. In Melanesia, some stones even contain demons. If your shadow falls across one of them, the demon can steal your soul.

In the Lease Islands, few shadows appear at noon because the countries lie so close to the equator. In previous years, people didn’t venture outside at midday for fear that they might lose their soul.

But shadows are featureless and often indistinguishable from one another. They stretch and contract according to the light. In one folk tale, the waxing and waning of the shadow corresponded to the strength of a warrior. A cunning enemy killed him at noon when his strength was at its lowest.

The reflection is far easier to identify. In Fiji, people believed that they had two souls, not one. The shadow was the dark soul, which went to Hades. The reflection was the light soul.

Since the reflection also represented the soul, it was equally as vulnerable as the shadow to attack.

It also goes some way to explaining many of the superstitions around mirrors. A mirror in a sickroom should be covered up to try and keep the soul in the body. Many people still cover mirrors in rooms where the dead are laid out to prevent their wandering souls becoming trapped on Earth.

Portraits also represent the double – and the soul

Photographs and paintings fall prey to similar beliefs around doubles and the soul. The Canelos Indians of South America hated portraiture and photography. They believed the picture captured their soul. It’s a belief that persists, despite the selfie culture in the Western world.

Oscar Wilde created one of the finest examples of the double in painting in his novel The Picture of Dorian Gray. It is Dorian’s painting, not he himself, that reflects his wicked deeds and guilty pleasures. Dorian remains young and unblemished while his portrait grows more ugly and deformed.

The Picture of Dorian Gray by Ivan Albright https://upload.wikimedia.org/wikipedia/commons/8/86/The_Picture_of_Dorian_Gray.jpg

This concept relates to the old idea that the double was an evil twin. It was a malevolent entity, representing the darker side of a person. In his novel, Wilde makes the dark side quite literal.

Many cultures see the shadows, reflections, and even photographs as representations of the soul. This soul becomes the double. Injury to the double causes injury to the person. It’s hardly surprising that some people believed allowing their shadow to fall across an open grave heralded their own death.

But the more familiar folk tales revolve around the mysterious doppelganger; that figure that resembles us in all ways but is not us. It’s not a reflection or a shadow. It moves, and in some cases, even speaks. Does it bring us harm – or try to warn us?

It’s not for me to say. Just try not to go looking for yours…