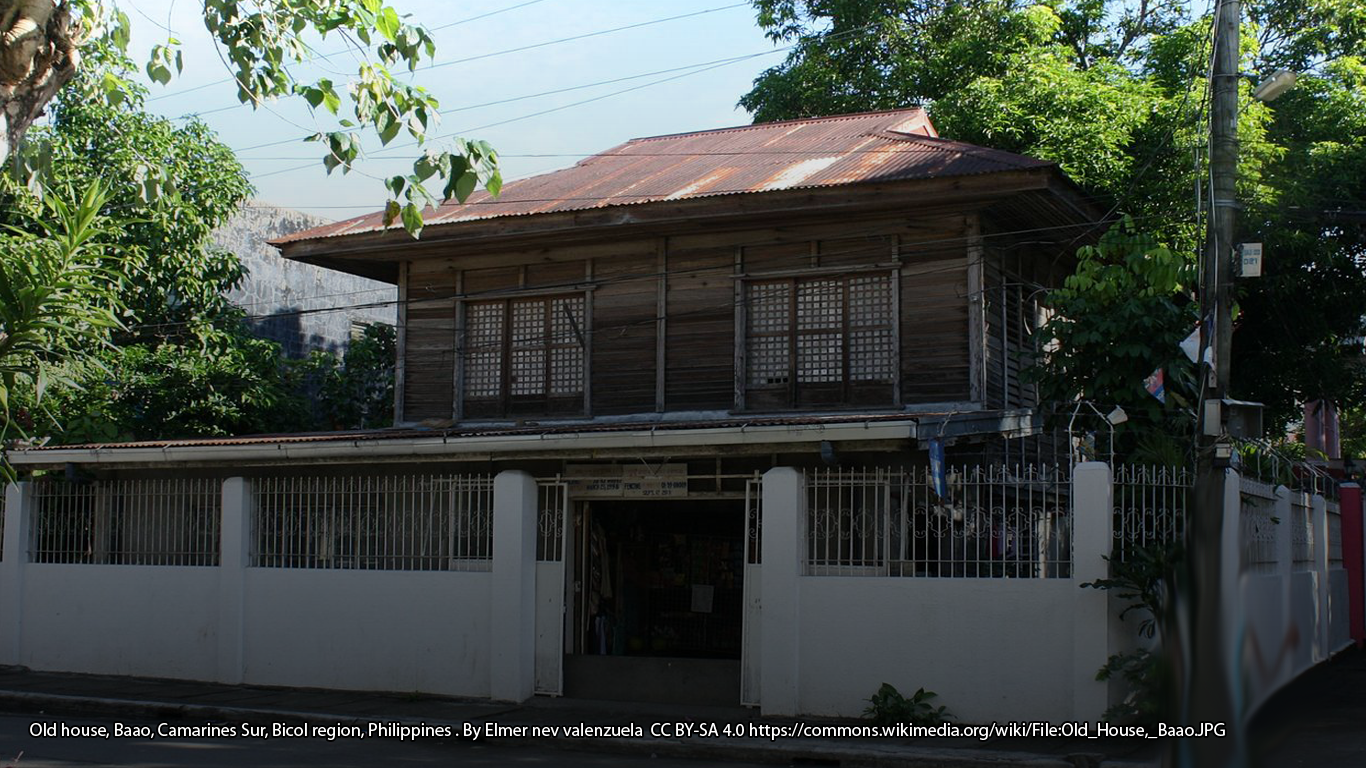 My parents tell me more family stories, this time about haunted houses. But what haunts a house? Ghosts, or fairies?

“So do you remember any of Uncle Pepito’s stories, Mom?”

We still had a few days at my parents’ house before returning home. I thought I’d pursue our ghost story conversations. Mom peeled a tangerine, as she tried to recall.

“When Pepito was a teenager, he had a lot of trouble with your lolo and lola [grandfather and grandmother]. He was having trouble in school, too, with math. We were living in the new house, the one you remember, next to my lola’s house, and your lolo and lola sent Pepito next door, to live with my uncle, Tío Pedro. Tío Pedro would tutor Pepito in math.

“Our lola’s house was old, and a lot of people had died in it: my lolo, my grand-uncles and grand-aunts. By this time, it was just Pepito and Tío Pedro living there with a few servants. My lola had moved out to live with her daughter by then. So the house was nearly empty.

“But Pepito said that he heard other people in the house: he heard footsteps, laughter from empty rooms. He saw shadows of people moving around where he knew there was no one. Dusty slipper prints on the floor where no one had been walking. He says that even when we were little, and still all living in the old house, he once saw a strange man in a silk robe flicking a table lamp on and off, on and off, before disappearing.”

“How do you know he wasn’t just making things up again?” I said.

Mom thought about it.

“Oh, he could have been, but you know… later, your lolo sent him out to the country, to our great-grandfather’s house in Baao – Pepito was having a lot of trouble with everyone by this time. At first, Pepito was glad to go, but after a few months, he begged to come back home. He said there were multo [ghosts] in the house. Poltergeists.”

“What happened?” I said.

“Pepito said things moved around, and he heard footsteps when no one else was there. Once, he woke up in the middle of the night, and his bed was levitating! That was when decided he wanted to come back to Naga.”

“Was he the only one in the house?” Dad asked.

Mom nodded. “The rest of the family had moved to Manila. The house had been empty for a while.”

“I knew it,” Dad said. “When a house is empty for a long time, the engkanto, the fairies, come to live there. It happened to us, too, in Sarrat, during the War.”

My dad was about nine when the Japanese occupation of the Philippines began. He is the youngest of five siblings — the next youngest, his sister, was eight years older. I know at least one of his older brothers ran away to join the resistance, and that his sister was involved with them, as well. Many people in Sarrat fled, to escape the Japanese. But for most of this period, my grandfather chose to stay in town, rather than evacuate.

When the war began to shift in the Allies’ favor, and General MacArthur returned to attempt to re-take the Philippines, the Japanese in my father’s town “got mean,” as Dad put it, and the family finally evacuated to the mountains.

“We left everything behind,” Dad said. “We took our clothes, but left the books, dishes, and furniture. Once in a while someone would sneak down to make sure that the house hadn’t been robbed or vandalized, but other than that, the house was empty for almost two years.”

The family returned to the house in 1945. Dad was about twelve.

“It was a big household, and we had other relatives who came to stay with us as well. At night, we’d all sleep together in one room, on mats on the floor of the sala [living room].”

“I remember doing that!” Mom said. She smiled at the memory.

“Well, there was one time, not too long after we’d moved back. It was the middle of the night, and everyone was asleep. I woke up when my mother tapped me on the shoulder. When I turned to her, she pointed behind me, at one of my father’s rocking chairs. There were two of them; they were my father’s favorite chairs, so big and comfortable you could almost lie down in them, like recliners.

“I turned to look where my mother pointed, and the chair was rocking! Back and forth, back and forth, with no one in it. No one was even near it.”

“What did you do?” I asked. Dad shook his head.

“Nothing. We both rolled over and went back to sleep. It wasn’t bothering us, why should we bother it?”

“But did you ever do anything at all, exorcise the house or something?”

“Nah,” Dad said. “For a while, the chairs rocked, and we would hear noises, but eventually all that stopped.” Dad laughed as he remembered. “I think the house got too noisy and crowded for the engkanto, so they moved away.”

Adapted from pieces previously posted to my blog, Multo (Ghost)