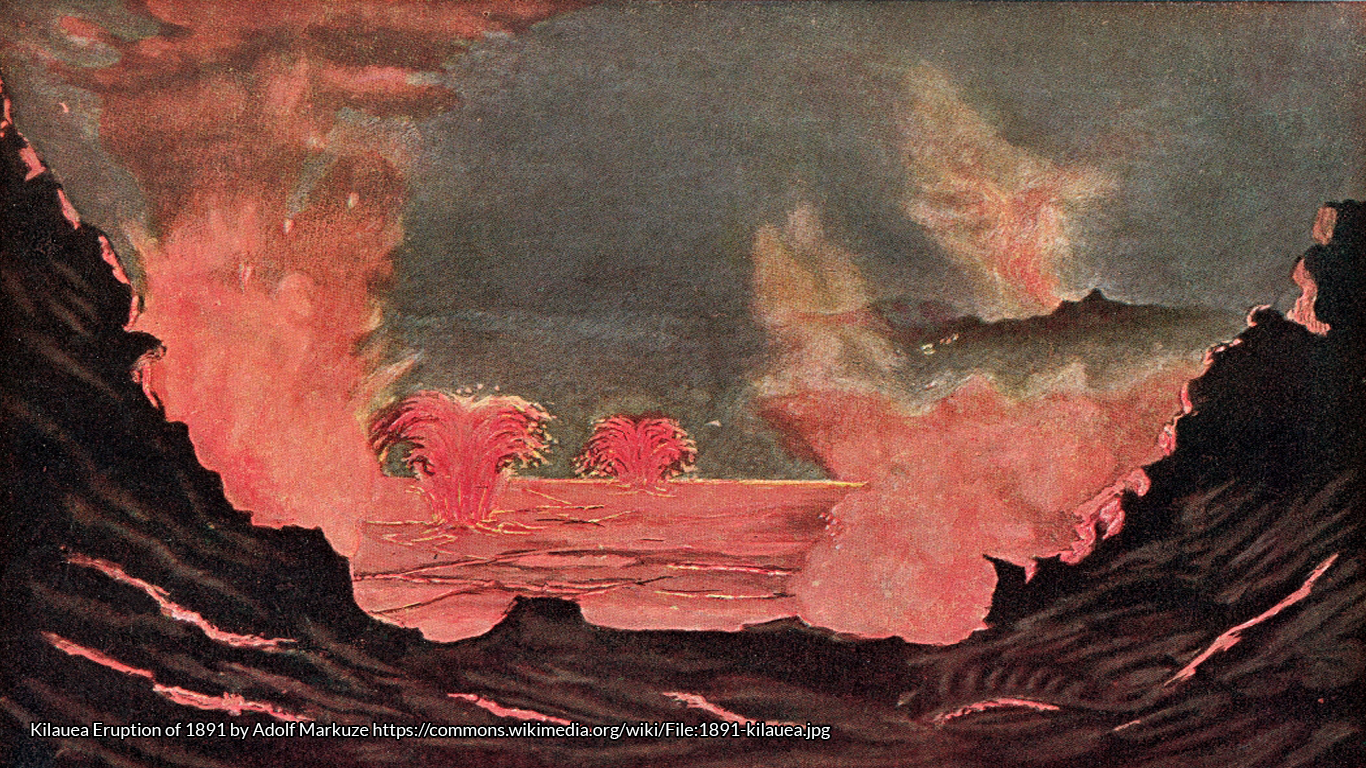 The saga of Pele’s youngest sister Hiiaka is a heroic — and all-female — quest across the Hawaiian archipelago.

A fiery-tempered, jealous deity; passionate friendship and love; brave warriors on a quest. These are elements of great myths and sagas from all over the world, but the saga of the volcano goddess Pele and her sister Hiiaka is special: it is a saga of powerful, self-actuated women. As John Charlot wrote, the Pele saga is “among the fullest, most interesting characterizations [of women] in world literature.” It conveys a perspective of women found throughout Hawaiian culture and literature.

“Whereas Westerners say “Be a man,” Hawaiians say Ho’okanaka: “Be a human being.”

Pele is one of the best-known and beloved deities of Hawaiian mythology. Tempestuous and often violent, she is also an immigrant goddess. Some put her origin in the lands called Kahiki (generally recognized to be Tahiti, but according to Nathaniel Emerson, Java). In some versions of the legend Pele feels a lust for “far-away lands,” and sails off in a canoe in the company of her brothers. She carries her youngest sister, Hii-aka-i-ka-poli-o-Pele (Hiiaka-in-the-bosom-of-Pele), with her in the form of an egg. Pele visits the islands of the Hawaiian archipelago in turn — roughly in order of their geologic age, from the oldest, Kauai, to the youngest, Hawaii, where she creates the volcano Kilauea as her home. Her several attempts at seeking a home created the landmark volcanoes of each island she visited.

Hiiaka, Pele’s sister, is a gentler deity, the patron goddess of Hawaii and of the hula. In the saga, she frequently restores the dead to life and performs other magic feats. She is also a warrior, battling mo’o (supernatural lizards, or dragons), kupua (shapeshifters who prey on humans) and other creatures as she journeys from Hawaii to Kauai on her quest. Her companions on the journey are Pau-o-palai, the goddess of ferns and a sort of faithful family retainer, and the mortal woman Wahine-omao. Wahine-omao joins the quest out of a sense of adventure, and she has her own role to play in the story, as a close friend who can speak freely and frankly to Hiiaka.

Equally significant is Hiiaka’s relationship with the Hawaiian woman Hopoe, who some say taught Hiiaka the Hawaiian traditions of hula and lei-making. Hopoe and Hiiaka were beloved friends, aikane (a term for intense same-sex friendship, with sexual connotations). The ancient mele (chant), Ke Ha`a Ala Puna, and accompanying hula commemorates their meeting on the beaches of Puna.

The saga is long and there are many versions, still shared today in hula and song. It begins when Pele takes a dream-journey to Kauai, where her spirit, in the form of a beautiful young woman, takes the handsome chief Lohiau as her lover. After several nights dalliance, she disappears, promising to send a messenger to fetch him. Back on Hawaii, Pele awakens and sends Hiiaka to bring Lohiau back, promising that after she (Pele) has had Lohiau as a lover for five days and five nights, then Lohiau will be Hiiaka’s lover. Knowing Pele’s temper, Hiiaka extracts a promise that while she is gone, Pele will not harm Hopoe, or the lehua groves that Hiiaka loves so much. Pele agrees to this condition, and lays down her own: that Hiiaka will complete the quest in forty days, and that she will take no lovers — especially not Lohiau — while on the journey.

Hiiaka and her companions journey from island to island, encountering and battling mo’o and other creatures. These adventures form a large part of the saga. When Hiiaka and Wahine-omao finally reach Kauai (Pau-o-palai left the quest, but rejoined them on the return), they discover that Lohiau is dead. Some versions say he killed himself out of grief when Pele left him; others say his life spirit was stolen by two mo’o sisters. Hiiaka finds and captures Lohiau’s disembodied spirit, and after several days of prayer and incantation, returns the spirit into Lohiau’s body, restoring him to life.

On the journey back, Lohiau proves to be quite the ladies’ man, making advances at Wahine-omao, trying to reconnect with a former lover, the chiefess Pele-ula, and with Hiiaka herself. Hiiaka prevents anything from happening — with anyone. But the forty days have run out.  Angry, Pele unleashes her lava, destroying Hiiaka’s treasured lehua groves and killing Hopoe (Some versions say that Hiiaka did take a lover on Oahu, and it was this breaking of Pele’s kapu (taboo) that caused her anger). When Hiiaka sends Wahine-omao and Pau-o-palai ahead to explain the delay, Pele kills them in a rage before they can speak.

Furious at the destruction and the death of her friends, Hiiaka takes Lohiau to the lip of the crater, where she seduces and makes love to him in Pele’s view. Jealous, Pele sends her sisters, and then her brothers, to kill Lohiau. They refuse, and Pele kills him herself, encasing him in lava, which cools to stone. Hiiaka digs down into the earth in search of Lohiau’s spirit, on the way finding the ghosts of her two companions and restoring them to life. She digs so deep that she almost lets water into the volcano — which would kill her sister. Wahine-omoa stops her just in time.

In the meantime, Lohiau’s spirit flies back to Kauai, to his aikane, Paoa. Paoa swears to avenge Lohiau, and journeys to Hawaii to retrieve Lohiau’s body and confront Pele. Eventually, the god Kane brings Lohiau back to life, and he reunites with Hiiaka, staying with her until his death. Some legends say Paoa became Pele’s lover; others say that he killed himself after Lohiau chose to be with Hiiaka.

This brief sketch can’t capture the beauty and complexity of the full saga, or the interest of its individual episodes. I encourage you to discover it for yourself, and enjoy the adventures of these fascinating women and the wonders of the beautiful land that they live in.

Emerson, Nathaniel B. Pele and Hiiaka: A Myth From Hawaii, Honolulu Star-Bulletin United, 1915.