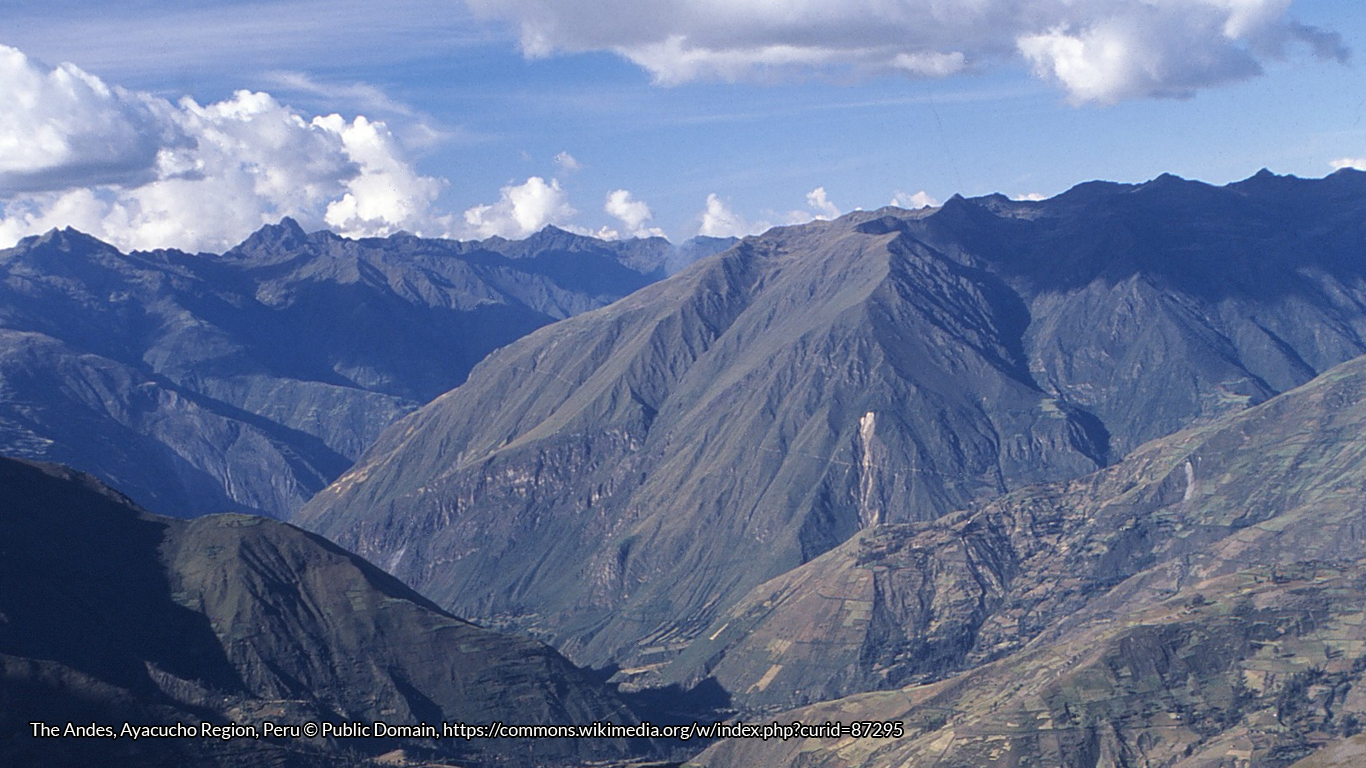 Known by many names, this legendary fat-stealer stalks indigenous communities in the rural Andean highlands.

In the Peruvian Andes, they say he wanders the roads agt night. He may look like a gringo (someone not Hispanic or Latino): hairy and bearded, wearing boots, a hat, and leather jacket. He may be on horseback, or in more modern times, in a car.  He may look like a priest, walking along the side of the road. With his long knife, he attacks solitary travelers and dismembers them for food and for their fat.

In the Bolivian Andes, he might be the stranger next to you on the bus; don’t fall asleep! And don’t walk alone on the roads, either. If you meet him on the path, he will put you into a deep sleep with his prayers, or with powdered human bones. As you sleep he extracts the brown, hard fat around your organs (cebo: tallow or suet) with his knife, or with a special machine. You awaken, feeling weak. You fall sick. In a few days, you die.

The fat-stealer sells his victim’s fat for a variety of uses: to make medicine or beauty products, or to lubricate machinery or airplane parts. Some even believe that the fat is made into the holy oil used in Catholic baptisms, to make the candles used in churches, or to grease the church bells.

In central Peru, he is the pishtaku, from the Quechua pishtay (meaning “to cut into pieces; to slaughter”). In southern Peru and Quechua-speaking parts of Bolivia, they call him the ñakaq (from the Quechua “to butcher”). To Aymara speakers of Bolivia, he is the kharisiri (from the Aymara “to cut with a knife or razor”), and in southern Bolivia, liki’chiri (“fat-remover”). I will call him pishtaco, the Spanish-speaking Peruvian term, the name which I first heard him called.

The earliest account of the pishtaco legend comes from 1574. According to the priest Cristobal de Molina, the indigenous Andeans believed that the Spanish killed the indigenous Andeans for their fat, as it was the only cure for a certain disease. Because of this, indigenous Andeans avoided the Spaniards, refusing to enter their homes.  There are in fact accounts of the Spanish using native fat to treat wounds after battles; European traditional medicine ascribed healing powers to human fat until the 19th century.

Later, the pishtaco legend attached to the Bethlemite friars, who opened a hospital in Cuzco in 1700. As mendicants, they also traveled the roads begging for alms. The traditional description of the pishtaco reflects the appearance of a conquistador or a friar. Even today, pishtacos are generally described as white: gringos or mestizos.

Does the legend have indigenous roots? In 1621, Pablo Jose de Arriaga, writing about “the extirpation of idolatry in Peru,” described the cauchu, or runapmicuc (runa: “person”; micuna: “consume”), a blood sucking vampire who preyed especially on children. Cauchus sneak into homes, putting the inhabitants into a deep sleep using a powder made of human bones. Scratching their victim with a fingernail, they suck as much blood from the wound as they can. The victim dies two or three days later.

Arriaga’s “informants” were accused of being cauchus, and much of what they reported was probably invented under interrogation (like the Devil coming to their meetings in the form of a lion or tiger). Still, the figure of the runapmicuc and his method of inducing sleep provides some possible indigenous precedents for details of the pishtaco legend.

In Andalucía, there is a legend of the sacamanteca (“fat stealer”), who kills children and uses their fat (or blood) to cure disease. Sacamanteca stories did not appear in Spain before the beginning of the 19th century, which suggests that the legend derives from the Andean pishtaco.

In modern times, potential pishtacos include wealthy landowners, priests, foreigners, and those involved in industrial or development projects. Since one of the uses of the fat is for lubricating machinery, engineers and technicians are suspect. Aid workers, tourists, and even anthropologists sometimes must flee villages because of rumors that they are pishtacos.

Because pishtacos are mostly gringo or mestizo, some scholars believe the pishtaco personifies the exploitation of indigenous Andeans by outside, “white,” forces: the wealthy foreigners, even their own government. However, not all accused pishtacos are white; even indigenous Andeans whose behavior, personality, or habits fall too far from the norm can be suspect. Nathan Wachtel recorded such an example in his book Gods and Vampires. Hence, an alternative (but related) theory is that pishtacos are not so much “white” as “non-runa” — outsiders who stray from the norms of the rural community, no matter their ethnicity.

Outsiders don’t participate in the reciprocal relationships that villagers have with each other, or with the spirits who sustain the life of the community. By this theory, pishtacoism “explains” how these outsiders can (wrongly) prosper even without such mutual relationships. Rather than receiving benefit via reciprocal exchanges, pishtacos take benefit from others, by stealing their fat and selling it for profit.

Another possible theory, in regions where a pishtaco attack is a wasting illness, is that pishtacoism explains death from diseases like typhoid, much as vampirism explained death from tuberculosis in 19th century New England. The connection to gringos could come historically from diseases such smallpox, which the Spanish introduced on arriving in South America.

Whatever its origins, the legend persists. In 1987, the rumor swept through Peru’s Ayacucho region (stronghold of the Shining Path) that the President had dispatched five thousand pishtacos to the region, to pay off Peru’s foreign debt with human fat. In 2009, the director of Peru’s criminal investigations unit, General Eusebio Félix Murga, claimed that a pishtaco gang had murdered at least sixty victims in Huánuco. According to Murga, the gang sold the fat at $15,000 per liter, through intermediaries to European cosmetic companies. This claim was quickly debunked — for one thing, the authorities in Huánuco knew nothing about this supposed rash of murders. But that a prominent government official would even float such a claim speaks to the currency of the belief, at least in some regions.

In the wake of the 2009 incident, birder Gunnar Engblom shared some of his encounters with the pishtaco legend in remote areas of highland Peru. In reply, others also shared stories of being taken for pishtacos. For those who wish to explore regions of the Andes off the beaten path, the pishtaco legend is one best taken seriously.