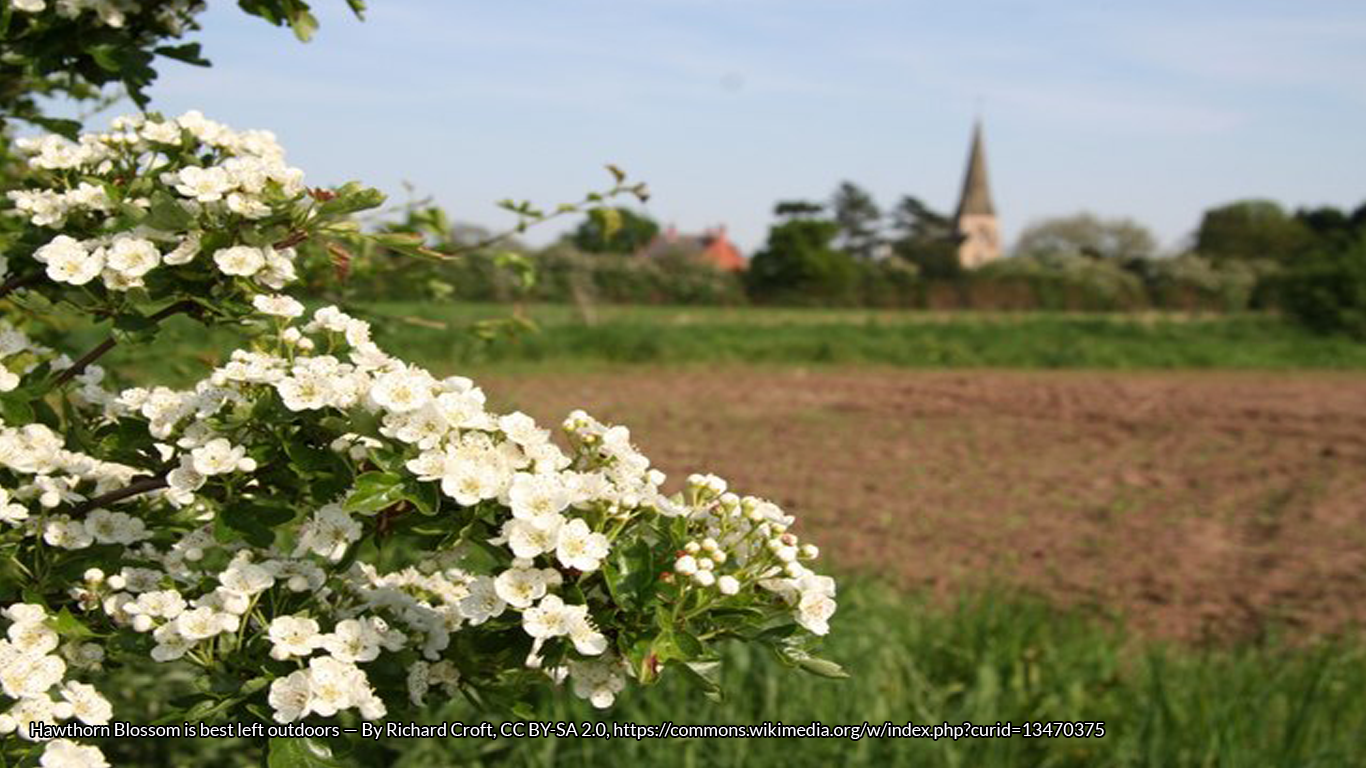 Don’t put your shoes on the table. Never open an umbrella indoors. We might all lay claim to some superstitions to guard against bad luck, all remnants of what mothers and grandmothers warned us against. But an ingrained belief in death omens is another matter.  Why were death omens so prevalent in Herefordshire?  Such signs and portents are not unusual, but Herefordshire seems to have been more than well endowed with predictions of the end of life.

Herefordshire has, and had, a rural society, isolated, self sufficient and inward looking.  Communications with the outside world are still not easy.  There has been little industrial development: wealth was based on the use of land for crops and animals.  Even today many people do not travel regularly beyond their nearest town.  So beliefs and practices, particularly omens  of death, remained in Herefordshire when they were dying out elsewhere.  Death omens were strongly held to, often differing from one village to another, recorded in oral history as recently as 1910.

Some of these traditions of ‘ill-luck’ and the closeness of death are well known and common to a more widespread area, but some are more particular to life in a rural and farming community.  Where life was hard and death frequent, men and women were watchful for predictions, eager to find reasons for the sudden demise of a family member.  Nature, plants and birds played a significant role, birds in particular being regarded as bearing tidings of evil rather than good fortune.  Care had always to be taken to offset the power of death.

To bring hawthorn blossom indoors was unwise.  The screech of an owl was a warning not to be ignored. The fluttering of a dove or pigeon against the window of a sick room heralded doom, as well as the flight of a crow over a house.  All black birds and magpies had an element of ill-luck attached to them.  An adder coming to the door was a sign of death, as was the howling of a dog.

Likewise, domestic occurrences must never be taken lightly.  Death was foretold by dreams of a wedding, since dreams go by contraries.  Beware disaster if a clock struck between the hours or stopped altogether, if the table cloth was folded with the middle doubled up so that the crease resembled a coffin in the centre when opened, or if a pair of bellows or boots was placed on a table.  Dropping a loaf when taking it from the oven would mean a death within the year.  Even to take three loaves from the oven at the same time risked a death in the family.

Farming practices had their own problems.  If a ridge was missed when sowing corn; if a row of garden produce failed to grow, or if the seed within a row was accidentally mixed.  Parsley should never be transplanted.  All would herald a death.  For a man to come into his house with a shovel or an edge tool on his shoulder was a sign of tragedy in the family.

And then there were the associations with deaths and funerals.  If the door was closed after a funeral cortege had left, but before the return of the mourners to the house, there would be another death before the end of the year.  A funeral should never be held on New Year’s Day; there would be twelve within the parish within the year.  It was considered unlucky to watch a funeral through glass – from the window of a house.  If the earth sank too rapidly on a new made grave it was a sign that another member of that family would die.  Corpse candles, unexplained glimmering lights marking the route of the soon to be deceased from his home to the graveyard, were regarded with fear.  If the eyes of the dead were open, they were looking at the next member of the family to die.

Some death omens had no real explanation other than that of long tradition.  If a door into a room opened of its own account, the one who closed it would be the first of the household to die.

What a troublesome age to live in, when death breathed over the shoulder at every turn.  Today we would not give a second thought to many of these beliefs.  If a door into a room opened on its own account, we would shut it, complaining about draughts and badly fitting doors.  Not walking under a ladder is just plain good sense, but we would not notice the flight pattern of crows.

Are these omens of death still believed by the older generation in Herefordshire today, behind closed doors?  Difficult to say.  People do not talk of them. But I do not bring hawthorn blossom indoors, however beautiful it might be.