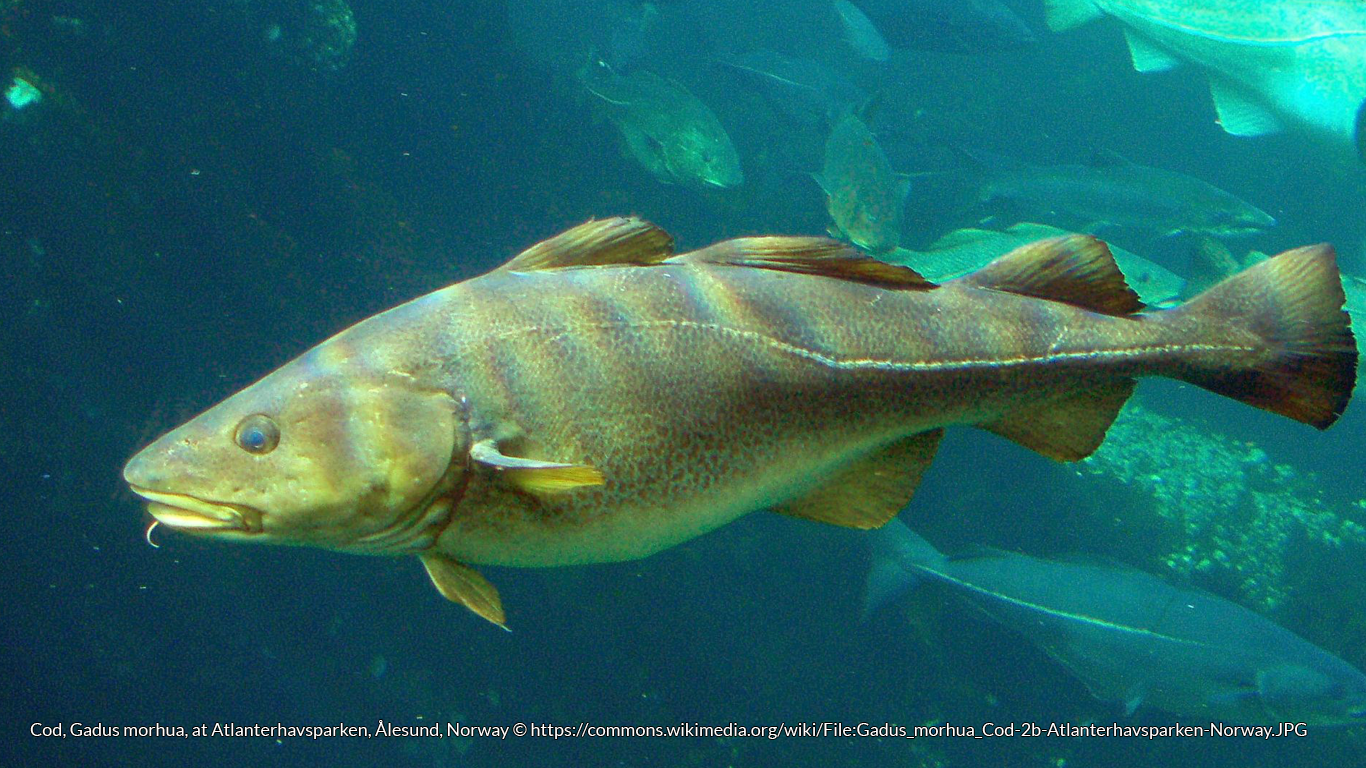 Legends are the folklore of specific times, places, and people; but the motifs contained within the more or less historical settings wander, and change. Like phrases in a game of Chinese whispers, they evolve as they are repurposed in new contexts.

The motif of the discarded ring recovered from a fish, which appears in the folklore of various regions, may serve as an example of this kind of evolution.

The earliest iteration of the ring in the fish comes from ancient Greece, as related by Herodotus, in the third book of his Histories. The constant good fortune of Polycrates, tyrant of the Greek island of Samos, worries his sworn friend and ally, Pharoah Amasis II. Amasis understands that fortune is a whim of the gods, and that ill fortune usually follows good: “For never yet did I hear tell of any one succeeding in all his undertakings, who did not meet with calamity at last, and come to utter ruin.” Fearing that Polycrates’ inevitable turn of fortune will threaten the Greek ability to protect Egypt, Amasis advises him to rid himself of the thing he holds most dear, causing himself misfortune, and thus forestalling the approaching, inevitable disaster. The advice is good to Polycrates; he takes is most precious possession, an emerald and gold signet ring, out to sea, and throws it into the depths.1

Less than a week later, a fisherman presents Polycrates with a fish so fine that is is worthy of the ruler’s dining room. The cook opens the fish to discover Polycrates’ ring, which is promptly brought back to its owner. The gods will not be forestalled; Polycrates’ impending doom stands. Amasis distances himself from the Greek: “he sent a herald to Samos, and dissolved the contract of friendship. This he did, that when the great and heavy misfortune came, he might escape the grief which he would have felt if the sufferer had been his bond-friend.”

Herodotus includes the legend merely as an episode in his history. There is no demarcation from the rest of the text, which makes it appear to be as historical as the rest. (Or perhaps the rest of the history is just as veritable as the incident with the fish.) However, we meet the same motif in many subsequent sources. In his Motif-Index of Folk-Literature, Stith Thompson records “Lost ring found in fish” in legends from Ireland, Italy, India, Japan, Korea, the Philippines, and Côte d’Ivoire.

Unsurprisingly, given the oral nature of folklore, each iteration applies the motif in its own manner. Johan Hveding collected the following legend from the county of Troms, in northern Norway, in 1935:

The Gold Ring that Came Back

While Gjertsen was the merchant at Klauva, it was a busy life there on the farm. Many folk hung around, and there appeared to be an abundance of wealth. The wife often said that they could not grow poor. Once, when she was being ferried across Solbergfjord, she got into a disagreement with the boatman. The boatman said that anybody could become poor, even the richest of folk. No, the wife did not believe that:

“Not us, for our part; there is so much that passes between our hands,” she said.

The boatman maintained his opinion.

“You will see,” she said, and took a ring from her finger. “For us to grow poor is just as impossible as recovering this ring.” And then she threw it into the sea.

With that, the matter was settled.

A long time passed, and many things changed in Klauva. One day, a villager came to Klauva, and asked if they wanted to buy some fresh fish. Yes, they would; but the wife wanted to go down to the quay, to see whether there was liver and roe in the fish. The villager took his knife and opened up a fat cod. Liver and roe tumbled out; but at the same time, a small shiny thing fell out of the fish and lay at her feet. The villager wiped the thing and looked at it. A beautiful red-gold ring! The wife recognised it; there were the letters of her name inscribed inside.

“Truly, this is mine!” and she was close to swooning.

Not five years after that day, and Gjertsen and his wife had to move from Klauva, so badly they fared. They had relations in their village, but it was their family in Trondheim who took care of, and supported them.

Klauva, on the island of Senja, had been a trading post since the late 17th century. These northern trading posts bought the fish the local fishermen caught, and would sell it in bulk to traders in Bergen. While in Bergen, the merchants would stock up on other goods that could be sold on in the north. The naming of Gjertsen (Laurentz Peter Jessen) as the merchant dates this legend to post 1807, when he took over the business.

By all accounts, Jessen was a popular man. He was the first merchant at Klauva licensed to sell alcohol, which allowed him to brew beer and sell spirits; and he sold grain on credit when times were hard. He was known as a man of the people. The historical Jessen went bankrupt, as did Gjertsen in the legend. There were a variety of causes, no doubt; however, Jessen was an extravagant man. At the height of his success, he bought a pleasure schooner, “The First Attempt of Senja,” and people ascribed his empoverishment to this, the embodiment of his pride.

The trading post continued to do business for years after Jessen’s bankruptcy, but ceased trading in 1893. Nothing remains today, but for the overgrown ruins of the foundations of the buildings.2 History mentions nothing of the discarded ring recovered from the belly of a fish. We do, however, find other iterations in the folklore of northern Norway.

Two variants, also collected in the 1930s, relocate the legend to an unnamed trading post on the island of Torget (some 500 km south of Klauva). On Torget, the wife–whom one variant names Gro–owns a fleet of jekts, the common transport vessels that plied the coastal fish trade. The ring-in-the-fish legend, however, remains the same as at Klauva: the woman, in a fit of haughty pride, throws her ring into the sea, declaring that she cannot be impoverished. The ring is recovered, her fleet shipwrecked, and thus she is brought down. In one of these variants, not learning her lesson, Gro dies in the fullness of her pride:

It is told that at that time, there was a church at Tilrem. Gro considered it beneath her to come rowing to church. And since Torgen [sic] is an island, she had horses placed on the mainland, and drove to Tilrem church. It was on such a church run that she died, too. She drove down on the ice on Tilrem Water, and drowned.

These recently-collected legends have a focus that is subtly different from that of Herodotus. Polycrates recognises that he is dependent on the good will of the gods for his fortune; the disposal of his ring is an attempt to placate them. The women in the Norwegian iterations, on the other hand, are full of hubris; they dispose of their rings as a demonstration of their invulnerability to bad fortune–they consider it nigh-on impossible to be impoverished. Instead of placating the gods of fate, they provoke them.

Thus, whilst the form of the legend has remained largely the same, despite travelling the length of Europe, the function has changed somewhat.

Whereas the Ring of Polycrates may be read as an assertion that the gods will not be influenced by the machinations of mankind, the Norwegian legends appear to demonstrate that it is possible to tempt fate, and suffer the consequences.