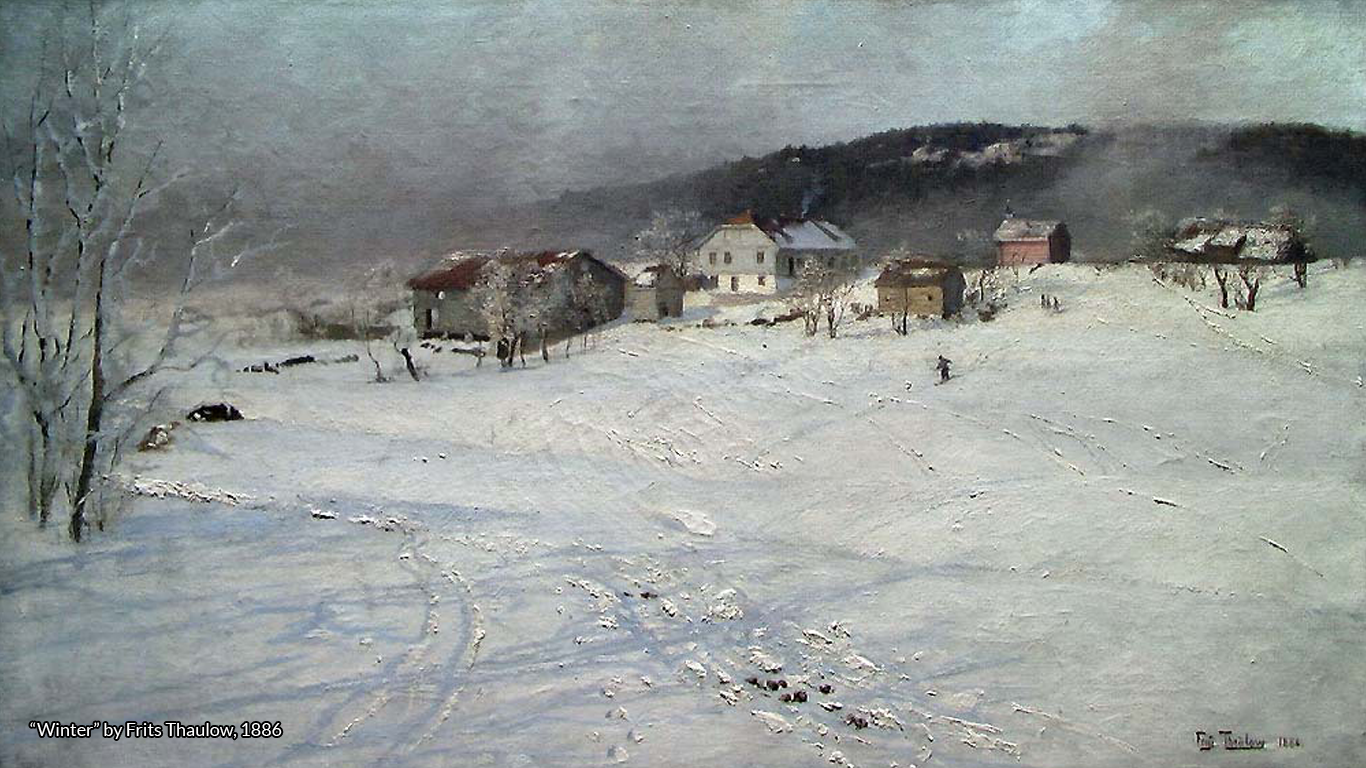 Of course, historically, sexual material has been deemed unpublishable; some of the Norwegian collectors were so scandalised by tales their informants were offering that they sought to mitigate any offence by excising certain words, using foreign alphabets (including Futhark runes and Greek) to mask the naughtiness, or making it clear in their notes that they were unhappy recording it. G. O. Aaland, for example, who collected the tale “The Sexton and the Boy on the Parson’s Wife”, complained in his notes: “I was against writing this, but was pressed to do it” (quoted in Hughes, vii). With a few exceptions, the manuscripts and notes were hidden away in the university archives.

It is about time they were made available for us, don’t you think?

The Yule Buck and the Girl

One autumn a long time ago, there was such a long drought that the millrace dried up for folk. They had to use a hand mill to grind their flour and malt.

So there was a girl who sat milling for all she was worth, day after day, but it helped little, and she grew less and less eager, and more and more bored of it. Just as she sat like that, the Yule buck came to her and asked if she wanted help with the milling.

“I wouldn’t say no to that,” replied the girl, “if only there were someone who would.”

“I shall help you,” said the buck, “if I may lie with you Yuletide night.”

“Oh, well—yes, I suppose you may,” said the girl, a little lazily, “if only I may escape this blessed grinding.”

So the buck began to grind, and the girl just sat at her ease, watching.

So it went all Autumn; the buck milled so the flour flew, and all the while he sang:

Grind, grind now like a fool,
But fourteen days until Yule.
As Yuletide night draws on,
I’ll sleep on a maiden’s bosom.

But on Yuletide eve, the girl became horrified. She went to the farmer and told him of the wages she had promised the buck for milling, and asked for advice.

So when the evening came, and the girl should go to bed, he took a cauldron of pitch and hung it over the fire until it was at the point of boiling, and then he put it in the bed before her.

A while later something came thundering up the stairs and into the loft, straight towards the bed. There it tore off its clothes, and sat right in the cauldron of pitch. And then there was a dance, perhaps! The buck got up as quickly as he could, and went through the door with a screech and a scream:

‘Some of it is VERY naughty, so buy it for your mum for Christmas and pretend you didn’t know.’