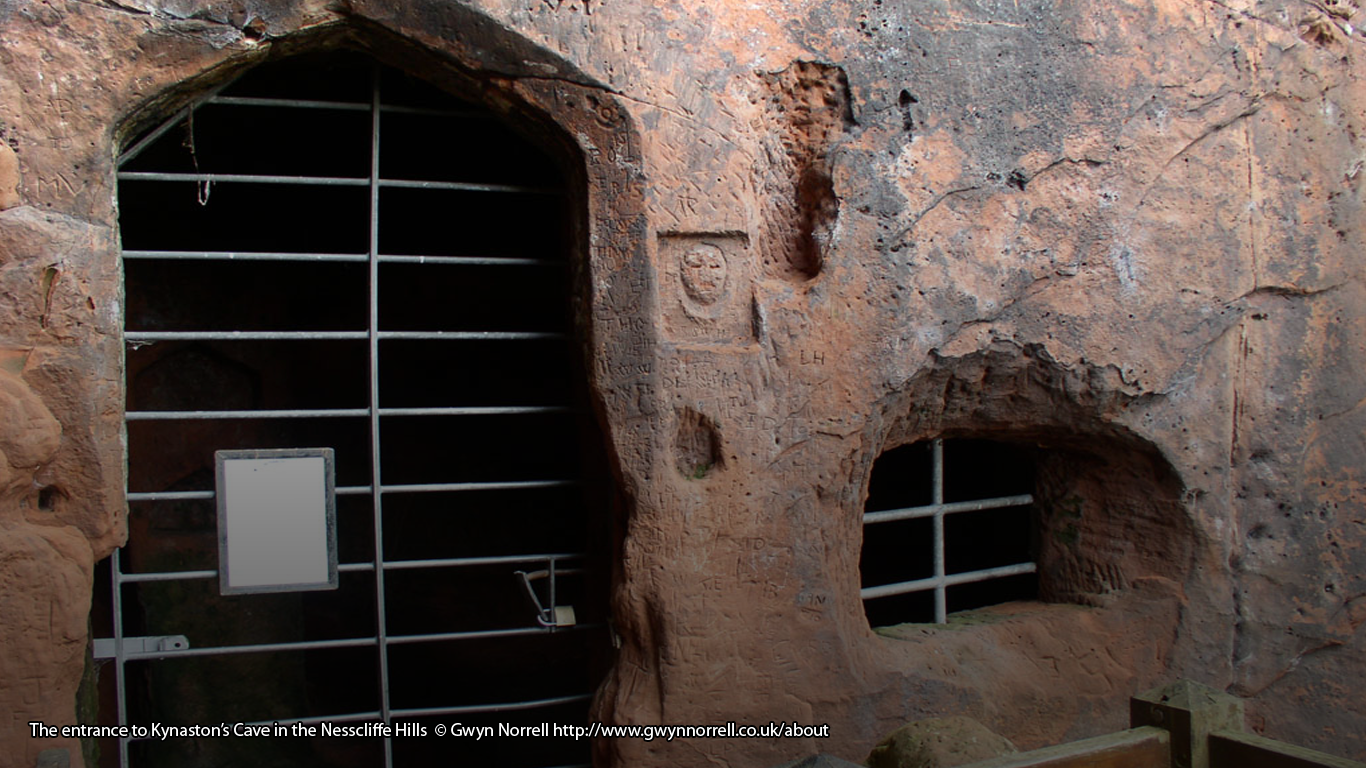 Many believe the legend of Robin Hood to be part-inspired by some of the age-old tales told about King Arthur, combined with the life story of Sir Fulk FitzWarin, of Whittington Castle, Shropshire. Sir Fulk was also known by the monikers of Fouke le Fitz Waryn and Foulk Fitzwarren, and there is also some confusion over whether the Fulk in question was the second or third. According to the tale, as a young boy, Fulk was sent to the court of King Henry II, where he grew up with the future King John. Initially they were friends, but that turned sour after a childhood quarrel over chess – apparently, Fulk had the audacity to win a game he played with John. So, as an adult, Fulk was stripped of his family’s holdings. Around the year 1200, he stirred rebellion against King John, and had to flee into the woods where he survived as an outlaw. Later he went to war and eventually, having proved himself worthy in battle, had his family seat restored by the king.

His life was romanticised in a series of stories written in Middle-English and collected in a manuscript, known as Fouke le Fitz Waryn, which is said to be the inspiration for the tales of Robin Hood. There are certainly parallels, but it seems that he had a ‘neighbour’, albeit separated by the centuries, who was another historical figure that locals claim to be a much more likely candidate for the ‘real’ Robin Hood… the highwayman known as ‘Wild Kynaston’.

As the last of his line, Sir Humphrey Kynaston inherited Myddle Castle, the ruins of which still stand in Shropshire. He did not have sufficient funds for its upkeep, so soon ran up large debts as the old castle crumbled around him. Records show that he was outlawed in 1491, after being found guilty by the court of Henry VII of murdering a John Hughes, who it seems was a rather over-zealous debt-collector.

Being nobility, Sir Humphrey was neither executed nor imprisoned but allowed to return to live at Myddle Castle. Being known as a murderer did nothing to help him out of his financial decline, as he was now shunned by any respectable associates. By this time, the castle was in such a state of disrepair that he disappeared from the crumbling family seat and chose to live in the cave at Nesscliffe that still bears his name.

Simply to survive, Sir Humphrey took up with local highwaymen who robbed Welsh wool traders on their way to and from the Oswestry markets. His knowledge of military strategy made him and his gang highly effective and soon he became notorious, though endeared himself to the locals by redistributing a good proportion the stolen money and goods amongst them. It seems his experience of injustice and penury had given him a strong sense of fair play and sympathy for the poor. It is said if he saw two carts, one led by a single horse and another drawn by three, he would ambush them both but rather than stealing anything for himself would simply take one horse form the cart with three and donate it to the owner of the cart with just one to make things closer to equal.

Apparently, he paid his gang of highwaymen, but kept little or nothing of the booty for himself, living simply in his cave. He convinced the other bandits to target only rich merchants and debt-collectors, whilst providing protection and safe passage for local merchants. This strategy seemed to work for him and he became so well-liked by the locals that they made sure he always had food delivered to his cave and although it was known to be his hiding place, whenever the Sheriff’s men came for him, they never found him at home. Beloved by locals he may have been, but there was a reason he became known as Wild Kynaston…

In the Old Three Pigeons pub in Nesscliffe, where he used to drink with his highwaymen pals, you can still see a stone seat next to the fireplace, referred to as Sir Humphrey’s Chair. In one account, he arrived at the pub to find a stranger sitting in his seat. Suspecting him to be one of the Sherriff’s men waiting to arrest him, he strode right up to the man, drew his pistol, shot him dead and without pause continued into the fireplace, up the chimney and made his escape over the roof! At the sound of the pistol, guards who had been waiting outside rushed in, but their quarry had ‘disappeared’. This is the first tale that contributes to Wild Kynaston’s reputation for being not only an outlaw but some sort of sorcerer.

He is also said to have been given a magical horse by a mysterious local wizard. The horse was appropriately named Beelzebub and was said to have once been ridden by the devil himself. Humphrey had the horse shod with the shoes on backwards, so his trail was always hard to follow – if they tracked his getaway, they would be going in the reverse direction and find only where he had been. In another version of the tale, some say it was no wizard but the devil incarnate who had heard about the devilish exploits of Sir Humphrey. So impressed was Old Nick that he asked how he could be of service, and Humphrey said he needed a swift horse. So, the devil transformed himself into one, presumably after driving some sort of soul-related bargain.

The regularity of robberies perpetrated by Wild Kynaston, along with his uncanny ability to vanish without trace after the event, so frustrated the Sherriff that he decided to set a trap at Montford Bridge. He removed planks from the span of the bridge so that, as Kynaston attempted to make his getaway under cover of night, he would not see the missing planks and fall through. However, instead of using the bridge, his horse simply jumped the river — a distance of 40 feet! The spot is still known as Kynaston’s Leap.

Legend has it that he didn’t leave it at that. To prove the point to those who did not believe, Wild Kynaston turned up the next day in broad daylight at Aston Hall, where some of the Sherriff’s men were billeted. He was dressed as if ready for a hunt and demanded ale in a stirrup-cup, so he could drink without dismounting. The guards quickly barred the courtyard gates, took up their weapons and surrounded him. Unperturbed, he casually drained his ale, pocketed the fancy silver cup, then charged at the guards, his horse leaping over them and the barred gates with ease. By the time they had recovered from their astonishment and unlocked the gates, there was no sign of Wild Kynaston.

Even this was not the most impressive jump made by Beelzebub. On another occasion, Sir Humphrey was surrounded by the Sherriff’s men and rode up to the top of Nesscliffe Hill where he was finally surrounded with no route of escape. Or so they thought. Kynaston turned his night-black steed about and rode full-pelt at his would-be captors, at the last moment leaping clear over their heads. It is said that Beelzebub did not touch ground again until Ellesmere — a distance of nine miles!

Many of his seemingly supernatural feats have been explained away as the result of his local knowledge of secret passes, or by the assistance of those folk who were loyal to him forewarning him and on occasions standing in for him to lead pursuers astray… but let’s not spoil the romanticism of the folklore here!

The real Sir Humphrey Kynaston, though he commanded no men-at-arms, was able to respond to the call of King Henry VIII and provide 100 fighters, probably his ‘outlaw gang’, to aid in the war with France, tipping the balance of the battle in Britain’s favour. For this, he was granted a retrial and pardoned in 1516.

Despite his pardon, Wild Kynaston continued to live in the Nesscliffe caves he now called home and stabled his faithful horse, Beelzebub, in a lower chamber. There he led a simple life, relying on the generosity of the locals, who would often gather there to hear retold the exploits of, “a very clever man called Kinnyson, who robbed the rich to give to the poor, and sold himself to the devil.” He lived out his twilight years in those caves until his death in 1534. Though, some say he had a comfortable retirement in Welshpool.