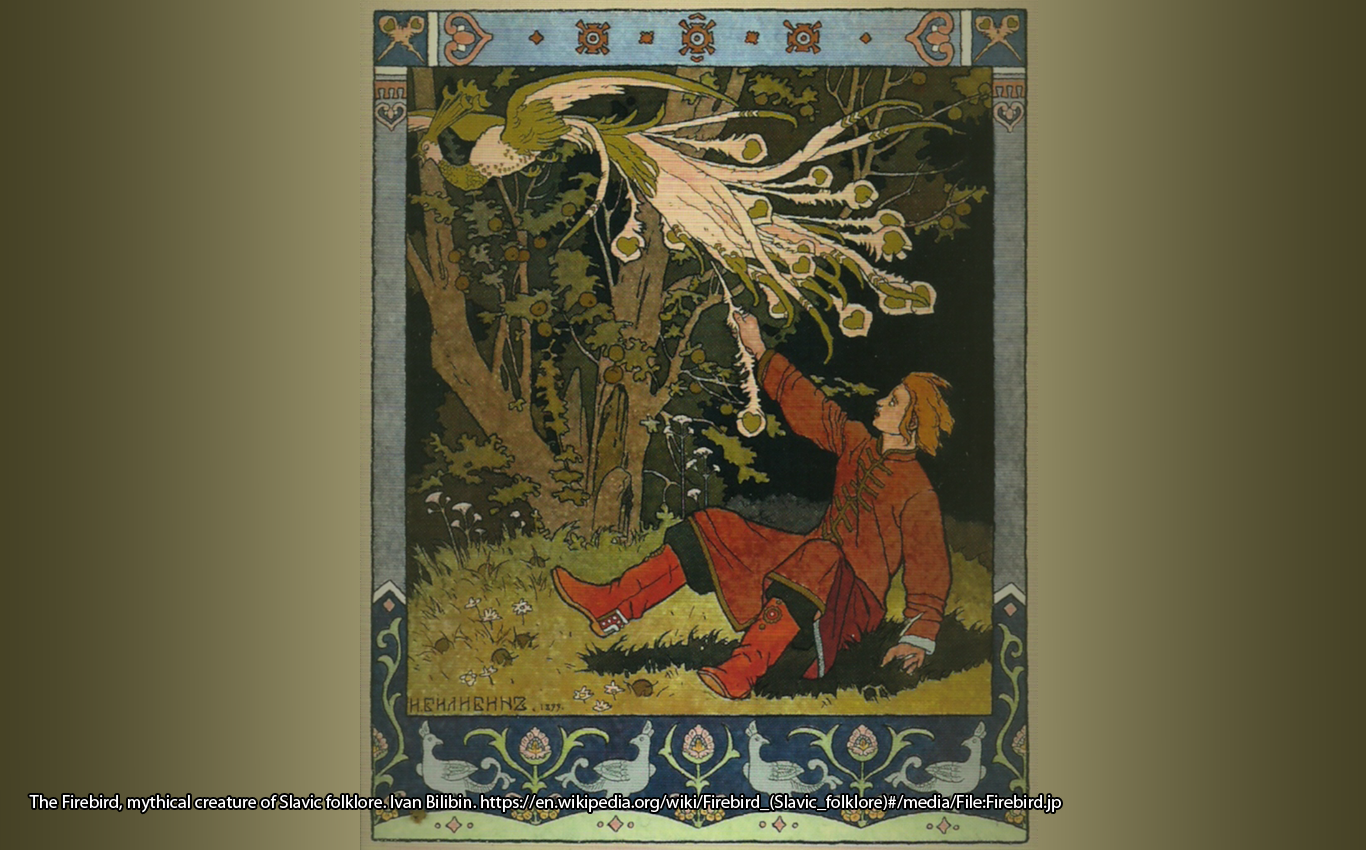 An old Russian fairy tale brings us food for thought in these challenging times. Lisa Schneidau explores the mysterious story of the Firebird. 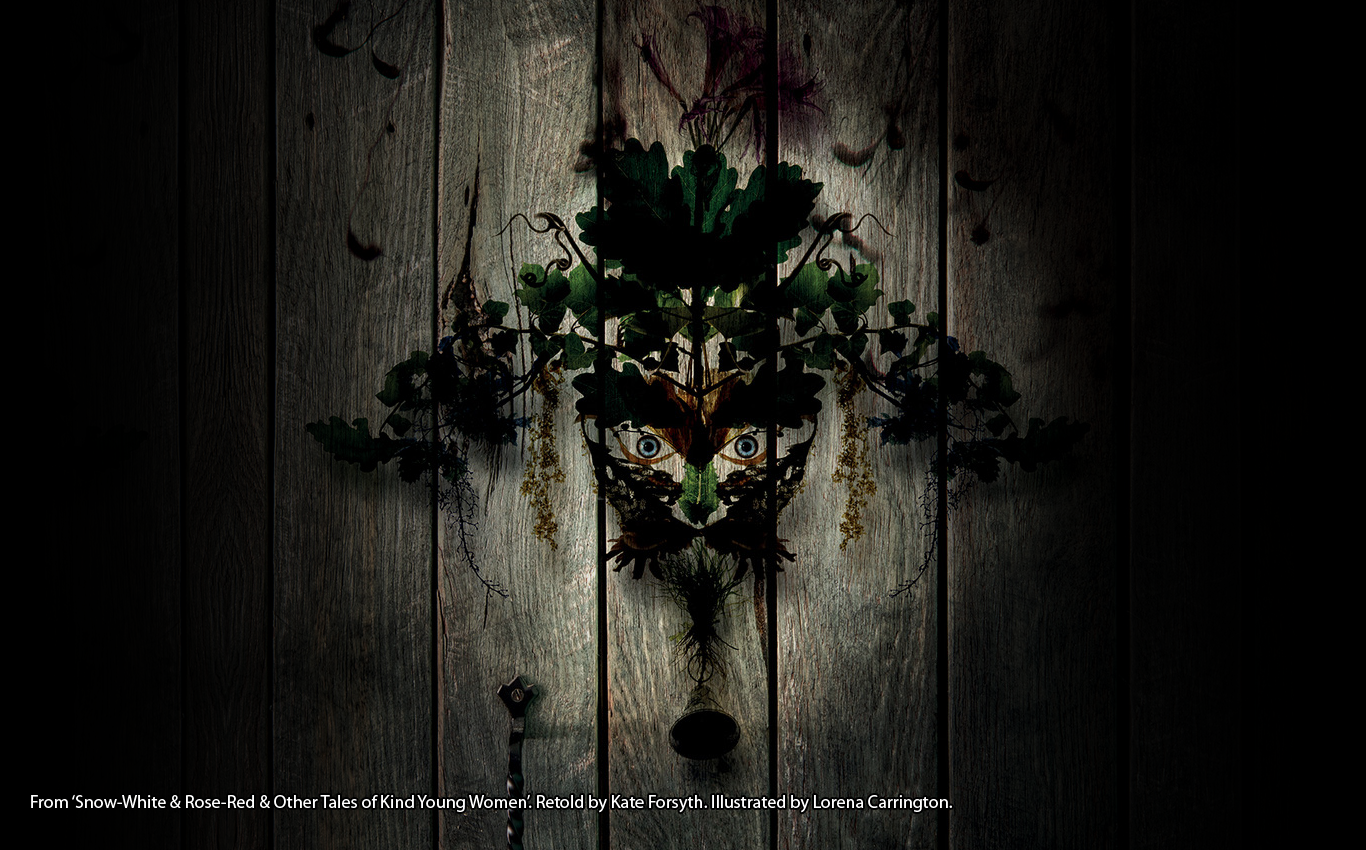 ‘Snow-White & Rose Red’ is a literary tale, adapted by Wilhelm Grimm from a short story ‘The Ungrateful Dwarf’, written by the German children’s writer Karoline Stahl.
Snow-White and Rose-Red are sisters living with their mother, a poor widow, in a cottage by the woods. Red and white roses grow together by the door. One winter night, a bear knocks on the door. He is half-frozen and they let him warm himself by their fire. The girls play with the bear, and he comes back every night for the rest of that winter. When summer comes, the bear tells them that he must go away for he needs to guard his treasure from a wicked goblin. Later the girls rescue the goblin whose beard is stuck in a tree, but he is ungrateful and yells at them for cutting off his beard. The girls encounter him again and again, helping him each time, but he continues rude and ungrateful. Eventually the bear kills the dwarf, and reveals himself as an enchanted prince. 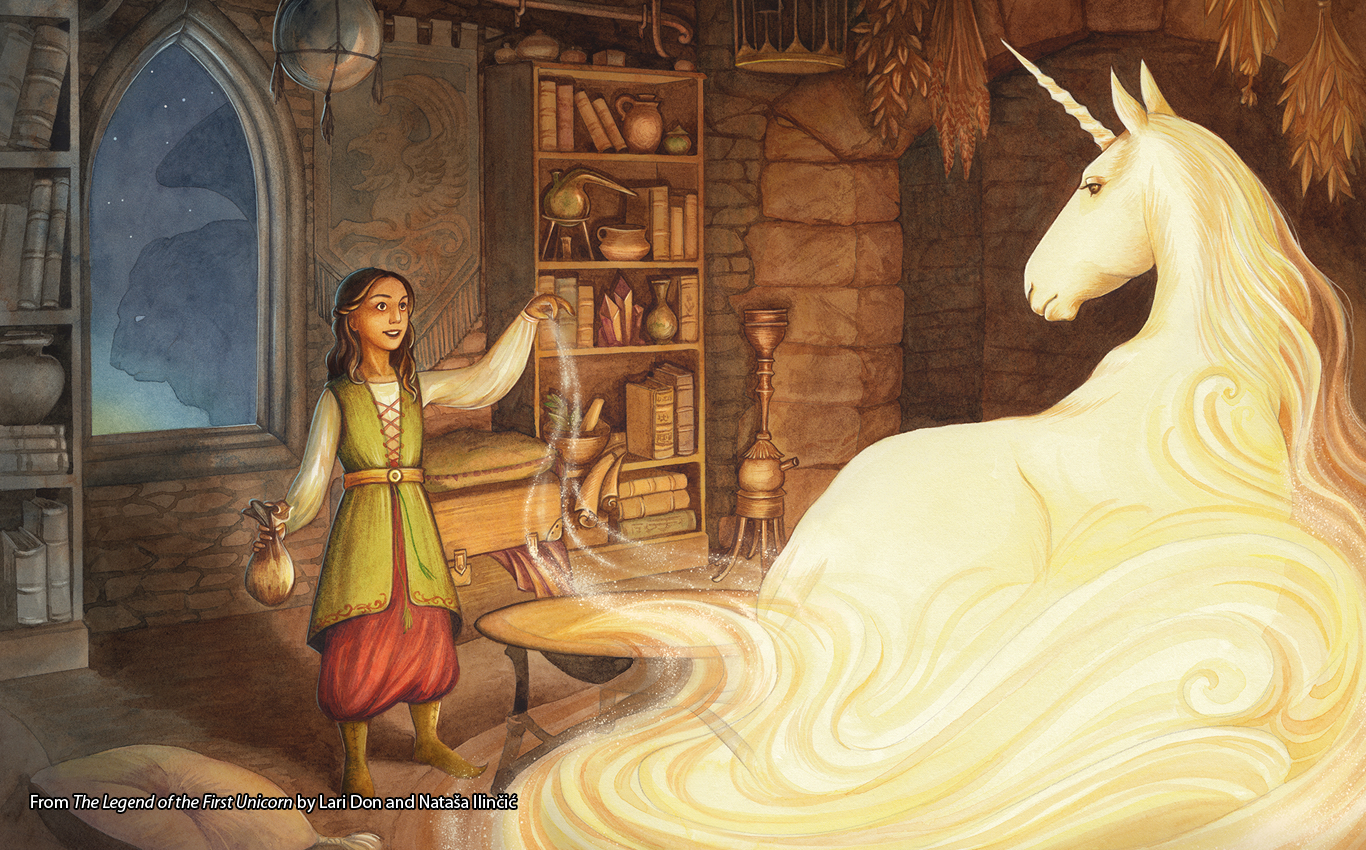 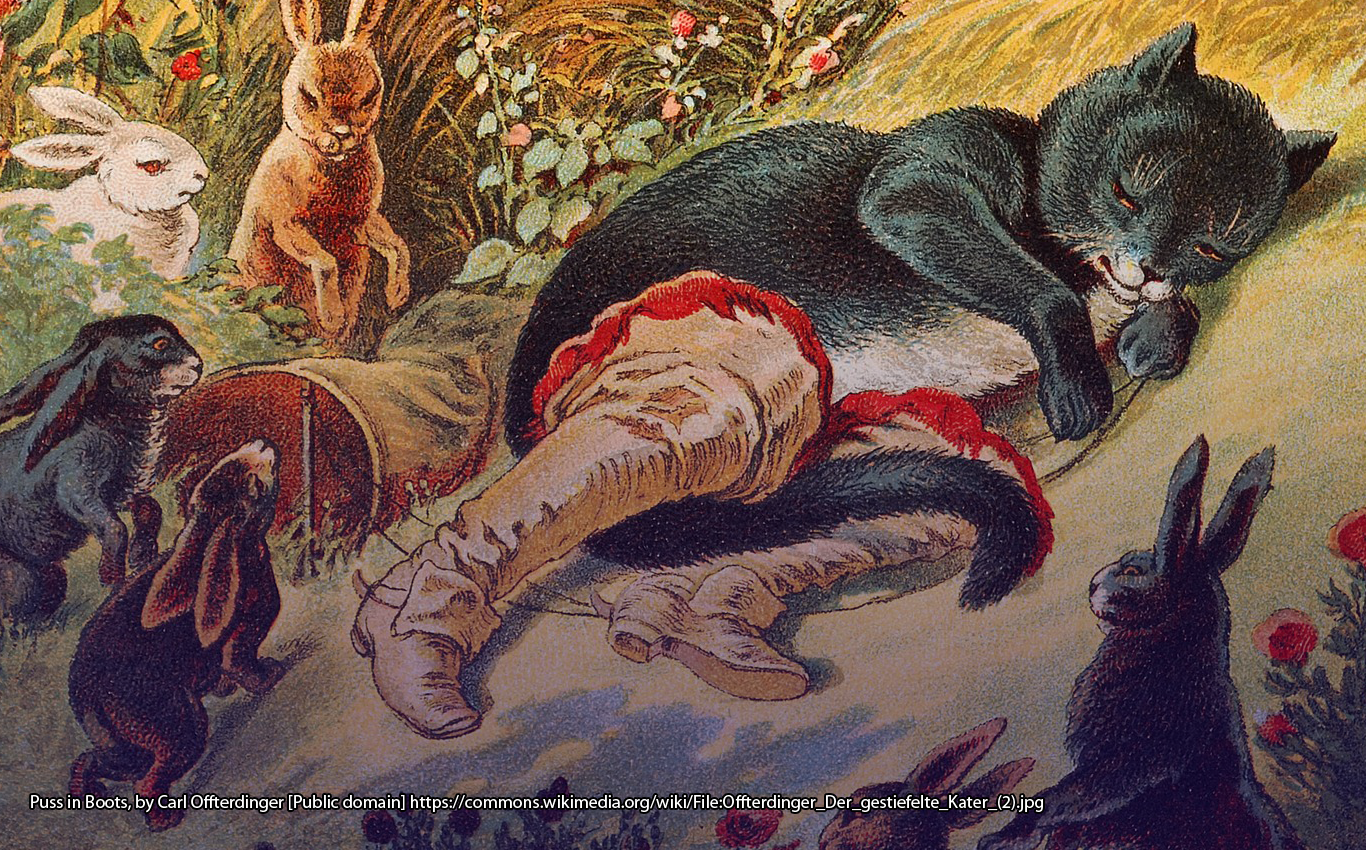 Some people believe cats to be superior beings who carefully train their humans to provide for their needs. Presented here is a retelling of a story by Charles Perrault which was a retelling of earlier stories by other authors. He called his story, The Master Cat or Puss in Boots, which features a rather magical cat. 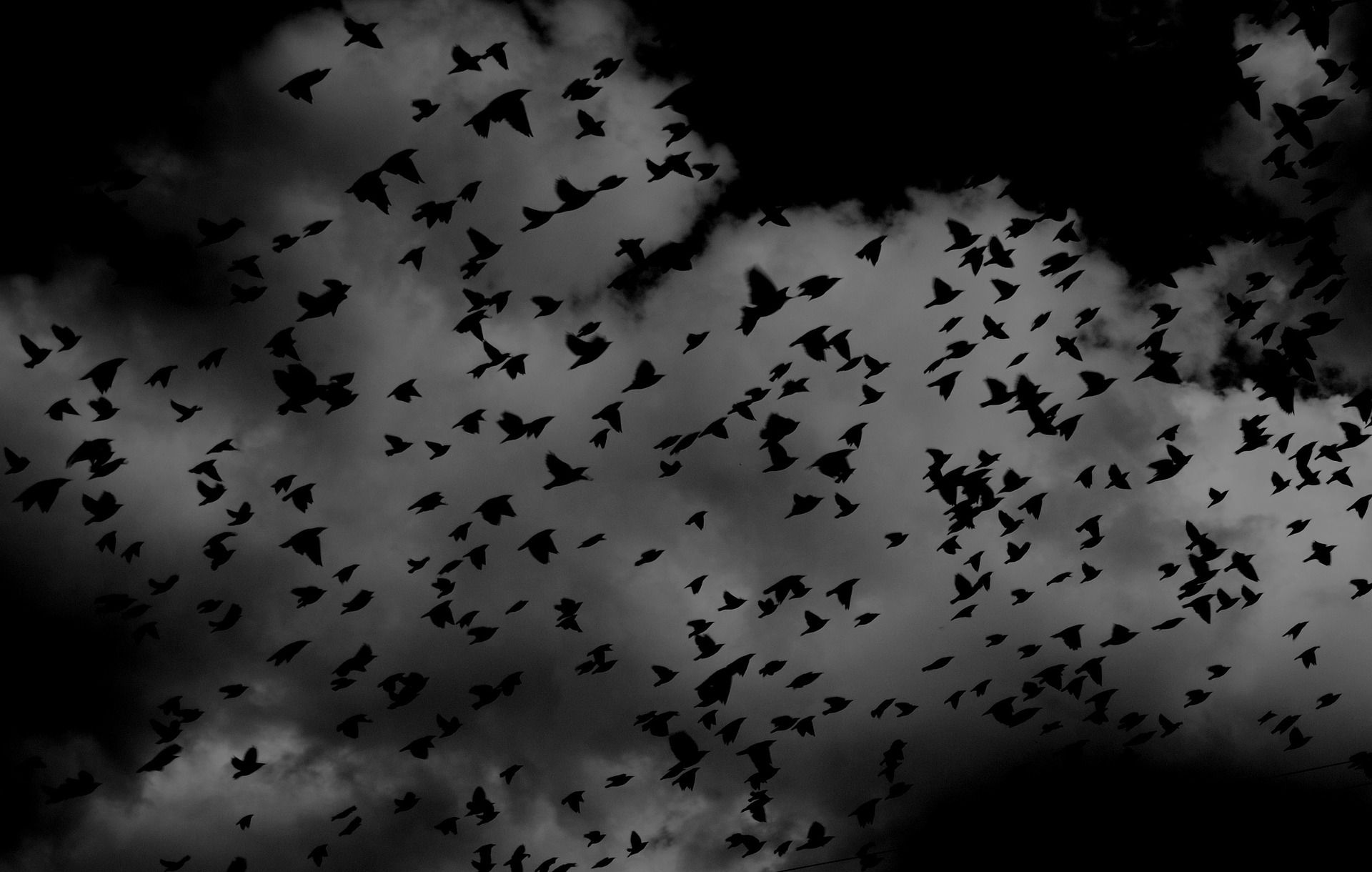