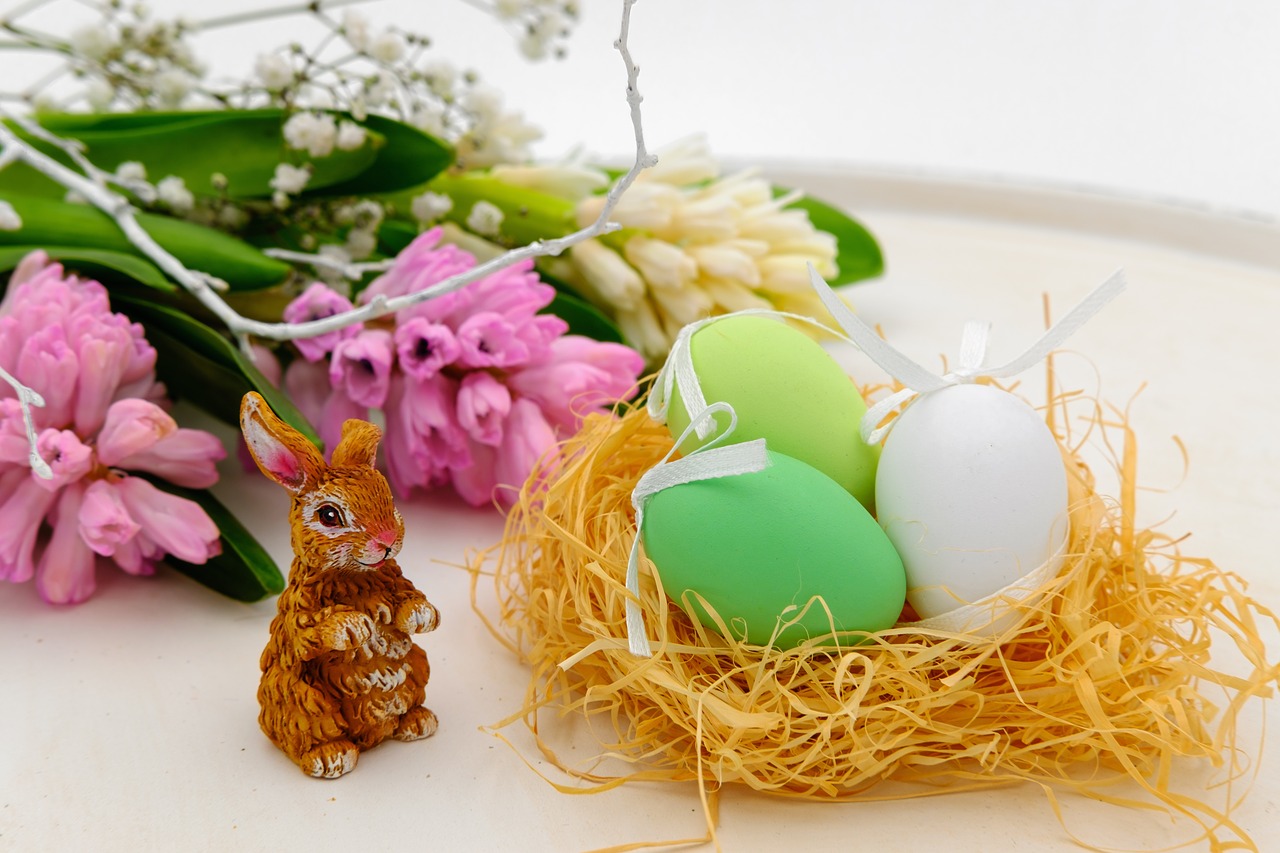 With the renewal of the natural world in spring comes the celebration of Easter, when many ancient traditions are still kept alive today. And in spring we turn our attention to the months to come and the weather they will bring, and with it the harvest – a subject redolent with old-time observations.

The animal most closely linked with Easter is the ‘bunny’, which in fact was not a rabbit but a hare. Once revered as holy, the hare was also associated with fertility and the return of spring, and by tradition it is the hare who lays the brightly coloured eggs that children hunt for on Easter morning. The benevolence of the hare at this season was at odds, however, with the widely held idea that hares were witches in disguise. It was extremely unlucky to meet one and to do so was even thought to put you in severe danger.

Other creatures that have links with Easter are the lion and the whale. As the Lion of Judah, Christ was a figure of power and majesty. According to one fable, the lion cub is born dead but is licked into life in three days by its parents (or is awoken by their roaring in a similar period), so mirroring the Resurrection. For Jonah, who spent three days in the body of the giant sea creature, the prophet’s ordeal has became symbolic of the three days between Christ’s death and resurrection.

For good luck and ill, specific birds have strong Easter links. The swallow, for example, is deemed a lucky bird because on Good Friday it called ‘Dead, dead’ when Jesus was on the Cross, persuading his torturers to stop their ill deeds. As a result it has the reputation of being a ‘bird of blessing’. By contrast, the black and white magpie, associated with ill fortune if seen alone, is said to have acquired its colouration looks because it refused to go into full mourning after the Crucifixion. 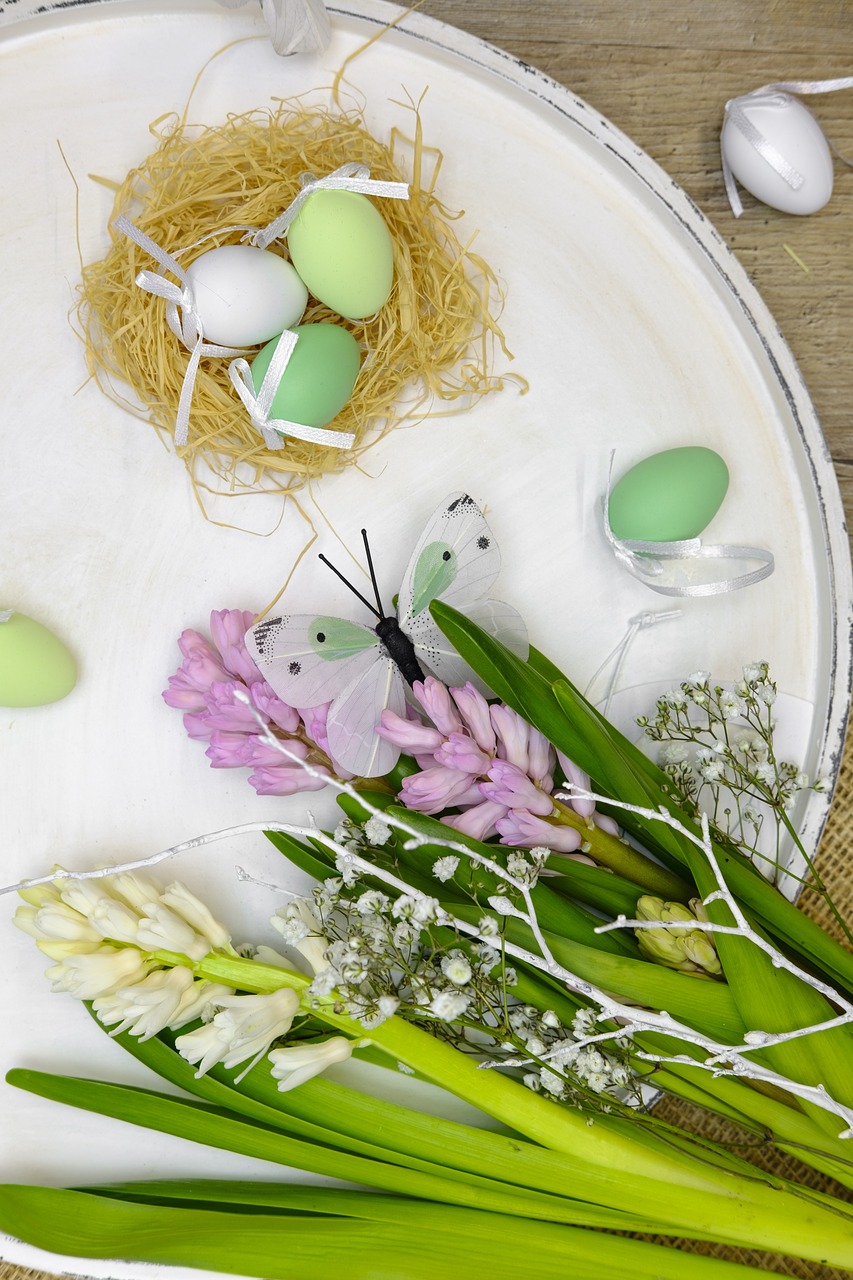 At their spring festivals the ancient Greeks and Romans exchanged coloured eggs and today hard boiled, painted eggs (dyed red in some countries to signify the spilt blood of Christ) still represent Easter’s promise. One Polish legend relates that that eggs were first painted by Mary to amuse the infant Jesus. Easter eggs are put into the fields to encourage good crops and protect them from hail and thunder, and in some places may be kept in the house all year as a protective amulet. The tradition of decorating eggs reaches artistic heights in countries such as Austria where ferns and small plants are tied around the eggs before they are boiled in coloured water so that when these are removed beautiful patterns are created.

In the weeks leading up to Easter, the fernlike leaves of the tansy (Tanecetum sp), a plant with yellow, button-like flowers and a musty, rather pungent aroma, were an essential ingredient of the ‘tansies’ once eaten during Lent and at Eastertide. These were a kind of pancake consumed in imitation of the bitter herbs eaten by Jews at Passover. The notable flower of Easter is the Easter lily, used in church decorations to commemorate the departed of previous years.

The palm, which gets its name from the likeness of its leaf to the spread palm of the hand is an ancient symbol of victory, and early Christains adopted the Romans’ use of palm fronds as gifts for their gladiators, making the palm a symbol of victory over death – and entry into heaven. Signficantly Jesus, on his entry to Jerusalem, was feted by a crowd waving palm branches and crying ‘Hosanna’.

And on Easter morning …

The way you behave on Easter morning can have significance to your experiences. It is said that if you rise early you may see a vision of a lamb – ‘the Lamb of God’ – in the centre of the rising sun, where it would be holding a banner emblazoned with a blood-red cross. On a more prosaic note, it is an old belief that you should wear new clothes at Easter or rooks will spoil your old ones.

As Eastertide approaches, weather watchers will take note and make their predicitons for the months to come. A bad year is forecast by poor weather on Palm Sunday, but rain on Good Friday is believed to foreshadow a fertile year. Easter being a moveable feast that can fall from late March to the third week of April, the weather can vary from snow to warm sunshine, but a late Easter is (unreliably) associated in weather lore with a long, cold spring. It is also said that ‘Such weather as there is on Easter Day there will be at harvest’ and that ‘A good deal of rain upon Easter Day gives a good crop of grass, but little good hay’.

Once Easter is passed then comes St George’s Day, 23 April, when ‘the meadow turns to hay’.A good harvest was predicted if, as it was said ‘the rye is tall enoguh to hide a crow’ on that day. Symbolically, the dragon slain by St George, England’s patron saint, represents winter, but in medieval times river floods, prevalent in spring, were often known as ‘dragons’ and those able to abate them were, like St George, heralded as dragon slayers.

Observing trees and birds is still a popular pastime among weather watchers. The old saying …

Oak before ash – only a splash
Ash before oak – soak, soak, soak

… refers to the order in which these trees come into leaf and has a some measure of success, although the oak is usually first. Even less reliable is the saying: ‘When rooks build high then there is a good summer to come’ because these birds habitually repair old nests from the previous year to use again.

Plant Lore and Legend for a lucky #FolkloreThursday reader this April!