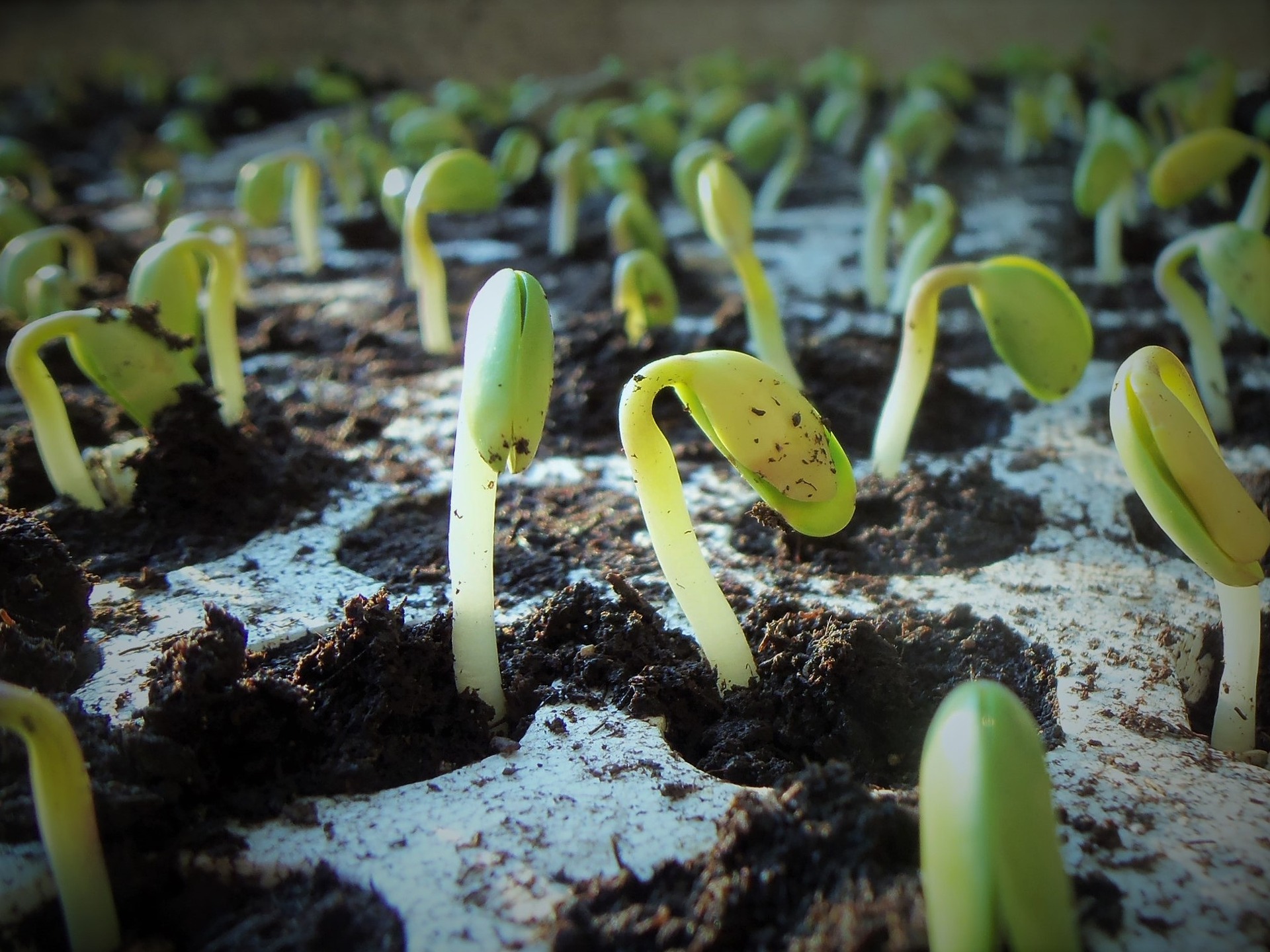 Since the beginnings of human civilization, seeds have been revered for their gift of life. How we treat them in our gardens, the plants they produce, and the importance of the weather, reveal many fascinating practices, myths and superstitions.

It is no surprise that from the earliest times seed planting was accompanied by a variety of rituals. Most potent of these was dance, intended not only to promote strong, healthy growth but to bring essential rain. Leaping with arms aloft was particularly expressive, showing the gods exactly what was required. Practices of blessing seeds abound, as in the beautiful Scottish charm The Consecration of the Seed whose first verse runs:

I will go out to sow the seed
In the name of Him who gave it growth;
I will place my front in the wind,
And throw a gracious handful on high.
Should a grain fall on a bare rock,
It shall have no soil in which to grow;
As much as falls to earth,
The dew will make it to be full.

Of many legends relating to seeds, one stands out above all. The many-seeded pomegranate symbolizes life, death and fertility in many cultures. In Greek mythology it sealed the fate of Persephone, captured by Hades and imprisoned in his Underworld. As she mourned her daughter, Demeter, goddess of fertility, halted all growth. To save the planet Zeus, Persephone’s father, ordered her release but Hades tricked her into eating six pomegranate seeds, forcing her, by the power of the Fates, to remain in the Underworld for six months each year. So it came about that the earth has its seasons of growth in spring and summer and dormancy in autumn and winter.

By the moon and stars

When it comes to planting seeds, gardeners have long revered times, the power of the moon to assist good growth, and modern gardeners have found this ancient wisdom to have some truth, although there are many contradictions on record. A typical old saying runs:

At new moon, water is pulled up through the soil, so newly planted seeds should swell significantly, then as the moon waxes to fullness, its gravitational pull is believed to help root growth, so is perfect for planting crops like carrots and turnips, and for transplanting seedlings. This does not chime perfectly, however, with the tradition of planting potatoes on Good Friday, by when the moon is always beginning to wane. A quiet, waning moon, is deemed a good time to harvest crops and for jobs like pruning.

The weather and the fertile garden

However good the soil, no garden will thrive without help from the weather which, in the past was not only unpredictable but a constant source of anxiety. So it is no surprise that there are countless sayings and superstitions relating to the year’s growing conditions. These are often contradictory. The Roman naturalist Pliny the Elder said, for example that you should never sow seed in a north wind but later gardeners state that the north wind is most favourable for seed sowing.

On a general note it’s said that:

If there is spring in winter and winter in spring

The year won’t be good for anything.

For seed sowing more specific advice includes saying such as:

When the sloe [blackthorn] tree is white as a sheet
Sow your barley whether it by dry or wet.

And by observing the trees:

Sow peas and beans on David and Chad
Be the weather good or bad.
If they’re not in by Benedick
They had better stop in the ricke [store].

But not all seed sowers would abide by this instruction. In Devon the first three days of March were known as ‘blind days’ when no one would risk planting seeds.

At the season’s end, predicting the harshness of winter to come was also significant in the past, not least a plethora of holly berries which are said (unreliably!) to foretell a harsh winter.

Garden flowers in myth and legend

The narcissus, whose flowers signal winter’s end, is said to have sprung from the body of the beautiful Greek youth who, having been spurned by the wood nymph Echo fell in love with his own reflection in a lake’s waters. When her lover, the handsome hunter Adonis was killed by a boar the goddess Aphrodite made the anemone grow from his blood. And it was from the blood of Hyacinthus, killed by the Greek god Zephyrus in a fit of jealousy that Apollo created the hyacinth in his memory.

The lily, a symbol of purity in the Christian tradition with the same relevance in ancient Greece, may have sprung from the milk of the goddess Hera but is also said to be formed from Eve’s tears when she was expelled from the Garden of Eden. The name of Iris, Greek goddess of the rainbow with the power to restore nature’s balance, is reflected in the superb spectrum of the flower’s colours.

Be careful what you plant – and where

There are many superstitions about what you should plant in the garden and where.

But on the bad side:

So as you plant seeds and tend your garden this spring, there is much myth, legend and folklore to contemplate as you will success on your efforts.

Plant Lore and Legend for a lucky #FolkloreThursday reader this spring!

*Sign up for the #FolkloreThursday newsletter to enter our competitions (valid March, April and May 2020; UK & ROI only). For an extra chance to receive copies of the latest books and folklore goodies, become a #FolkloreThursday Patreon supporter!