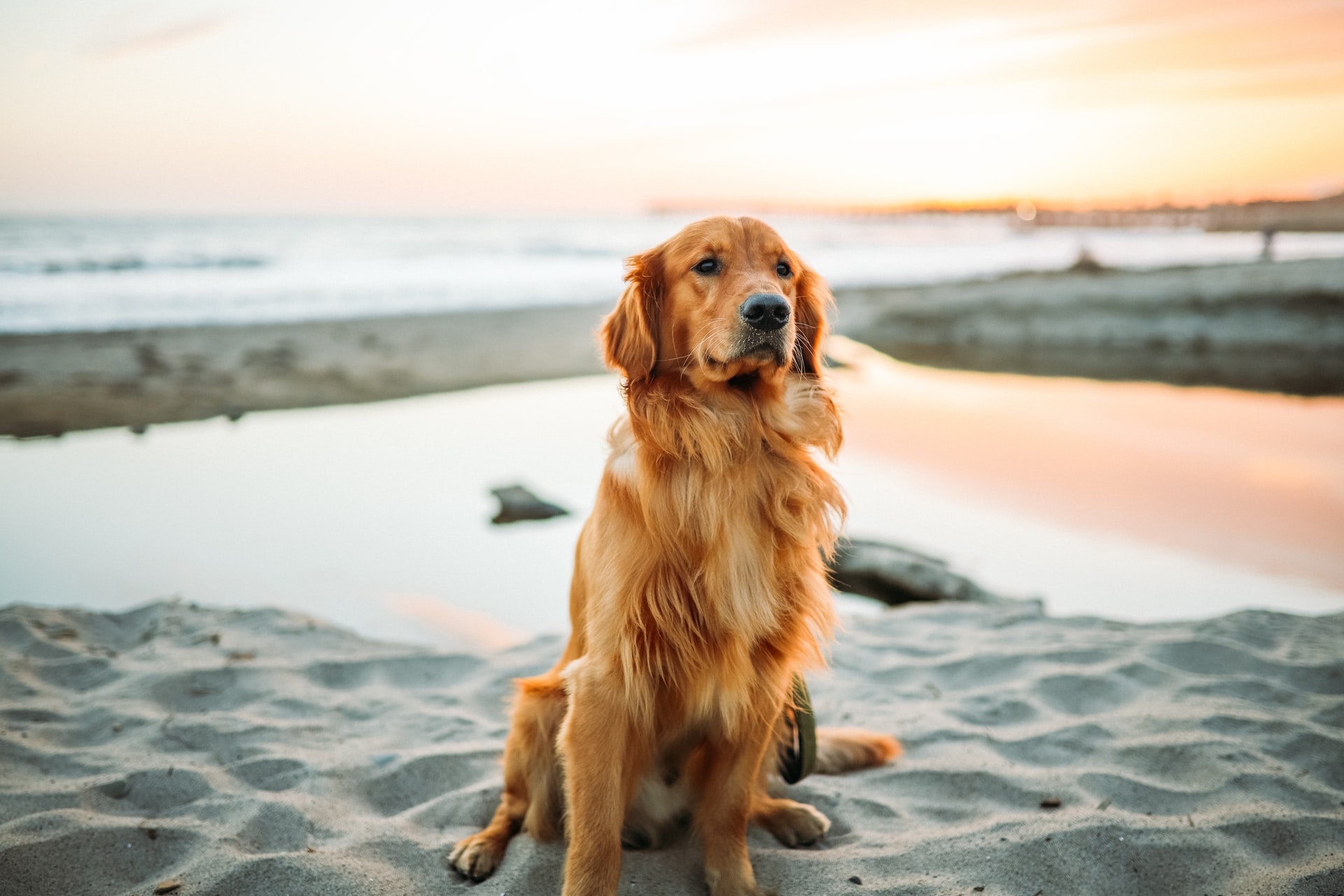 The pup sat on his hind legs with his mouth up near the cow’s udder and loved the white stream of milk being shot in his mouth.

My grandfather gleefully shot the milk in the dog’s restless mouth in between drawing it in an earthen pot tucked in his knees.

“You do stupid things. You have got the dog to impure the milk that I offer to Lord Shiva. You are seventy years old but you haven’t got over your foolishness”, my grandma screamed when she saw my grandpa milking in the pup’s mouth.

“Calm down. I won’t let Bahadur— the brave—to touch the pot”, my grandpa said to my grandma.  Grandma was never at peace with grandpa. She would scream at him off and on.  But he smiled as calmly as the statue of Lord Shiva.

I was barely ten years old but my grandpa was my best friend. We had gone to hear Saranga-Sadabrij love ballad from a popular folklorist at a village in Birganj district of Nepal. We lived at a small hamlet in Northwest Bihar that shared borders with Nepal.

While returning home we saw the pup crooning and cooing beneath a banyan tree. It was a December evening. The sun was fading out and the winter wind was blowing.

“We should take the pup with us”, I said.

“Yes! He appears to be separated from his mother and siblings. He could be run over by a cart and might die if left alone”, grandpa said.

I lifted the furry pup—patterns of black and red on him—and brought him home. He was in pitiable condition. He had muck in his eyes and had his head and tail drooping. He had wound in a hind leg and was unable to walk. Perhaps, his paining leg had failed to keep pace with his herd and he had been left behind. 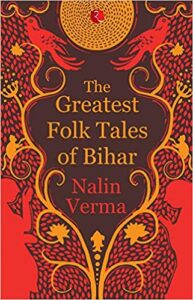 We were not hopeful that he would live. But we worked hard to save him. Grandpa pasted some herbal plants and bandaged his wounded leg. The dog had refused to eat. We fed him bread and milk by prising his jaws open with hands and, then, removing the hands to allow him to swallow.

We varied the diet with occasional doses of bhang ka gola—rounded mixture of cannabis plants, milk and jaggery—that grandpa would consume for kick. The young dog was on course to recovery. We gave him independence.  But he was at home with us. He squealed at the squirrels, chased the sparrows and came to us, dancing at our feet.

Grandpa named the pup Bahadur—the brave. The Nepal origin people were commonly referred to as Bahadur in our part of the land.

As he recovered he became restless. He would hop and fidget around in the house, investigating things. He would chase the rats that sprung up near grain sacks and tug the tail of the cat, irritating her to mew angrily at him. He would overturn grandma’s basket of hibiscus and oleander flowers for offering on Lord Shiva.

“The dog will be the ruin of us”, grumbled my grandma.

“Can’t you keep it in chain?” She asked grandpa, angrily.

We got a soft rope in his neck and tied him with a pole but he protested, angrily. He jumped, twisted and turned, screaming relentlessly. We were forced to free him within a few minutes. Besides he was served his grub of bread and milk, he danced around when grandma served us meal and gave us peace only when he had been given meal of rice, dal and vegetable in his small bowl.

Of the pets, Laxmi and her calf Krishna were cool with Bahadur. Grandpa would free Krishna after milking Laxmi and letting him suckle her. Bahadur and Krishna would hop and jump together in the field.

I don’t know how he got the idea. After some days, he would suckle directly from the udder of Laxmi. Laxmi allowed a crow to perch on her back and pick bugs and Bahadur to suckle in her udder when she sat, ruminating after her supper. Bahadur was short and couldn’t have suckled like Krishna when Laxmi was standing. The young dog had discovered his way to enjoy the milk and love of Laxmi. Laxmi caressed him.

Over the months, Bahadur struck peace with grandma. He enjoyed the outdoor games more—playing with Krishna, chasing the squirrels, hen, and sparrows and running in the field. He did no longer go in the house often and didn’t overturn the flower basket. Grandma too mellowed down. She routinely fed Laxmi roti and jaggery after calling her prayers. She would lob a piece of roti at Bahadur and he ate it, waging his tail near grandma’s feet.

Grandma was not expressive in her love for Bahadur but Bahadur would try his best to keep her in good humour.

As he grew in age and size, he became fond of hunting on the squirrels and goat kids. Besides, he developed taste for eating cooked mutton. Grandma didn’t allow cooking of meat inside the house. So, grandpa cooked it on the fire of cow dung cakes and woods on every Wednesday beneath the gooseberry tree. Grandma would give us cooked rice and we would eat mutton and rice every Wednesday evening.

Bahadur sat near the fire all through the cooking. We would give him his share of mutton apart from the left over bones that he would crack with his jaws. The cooked mutton was the only eatable that he accepted from others.

Bahadur would occasionally join other street dogs. He would bark more fiercely. When he let out his bark, it echoed like the roar of clouds. But he didn’t stay in the company of other street dogs for long.

“Bahadur belongs to Nepal—land of brave hearts– and thinks that he is superior to others. He has contempt for ordinary street dogs”, Grandpa would say.

Bahadur had become lithe and sinewy. He turned out to be a clever hunter. He spied on the squirrels descending from the gooseberry tree, caught them and swallowed them. He would spy on goat kids grazing in the field and caught them by their throat and feasted on them.

Bahadur’s weakness for the cooked mutton and unhindered impulse to prey on the goat kids brought him disaster. He had made many enemies because of preying on the goat kids. One of his main foes was Natwar—a youth who did errands at our home. Grandma would engage Natwar to mop the prayer room and pluck flowers for her puja.

Natwar’s goat had begotten four kids. One day, Bahadur caught one of the kids and feasted on its blood and flesh.

When Natwar saw, he chased out Bahadur and took away the dead kid to cook.

Next morning, Bahadur had fallen sick. He vomited unstoppably, lying on the pile of the hay at our door. Krishna came to him but he showed no interest. Grandpa made concoction of gooseberry juice and herbs and tried to feed him but he refused. Grandpa prised his mouth open and asked me to push the concoction in it which I did. But it didn’t work. Bahadur kept on vomiting.

“Bahadur has been poisoned”, Grandpa said.

We got up to see Bahdur lying lifeless on the hays. His legs had turned stiff and mouth open. We got sad. We dug a pit in our farm field to bury him. Grandma broke into wails. She brought flowers and roti to put on him when he was buried. It was for the first time we saw grandma weeping for Bahadur.

Natwar came after sometime to pluck flowers for grandma and mop the prayer room.

“Get lost… Never come to my house. You stupid! You poisoned the dog. Had you asked, I would have given you the price of four goat kids…you cruel thief”, Grandma yelled at Natwar, instantly removing him from the job.