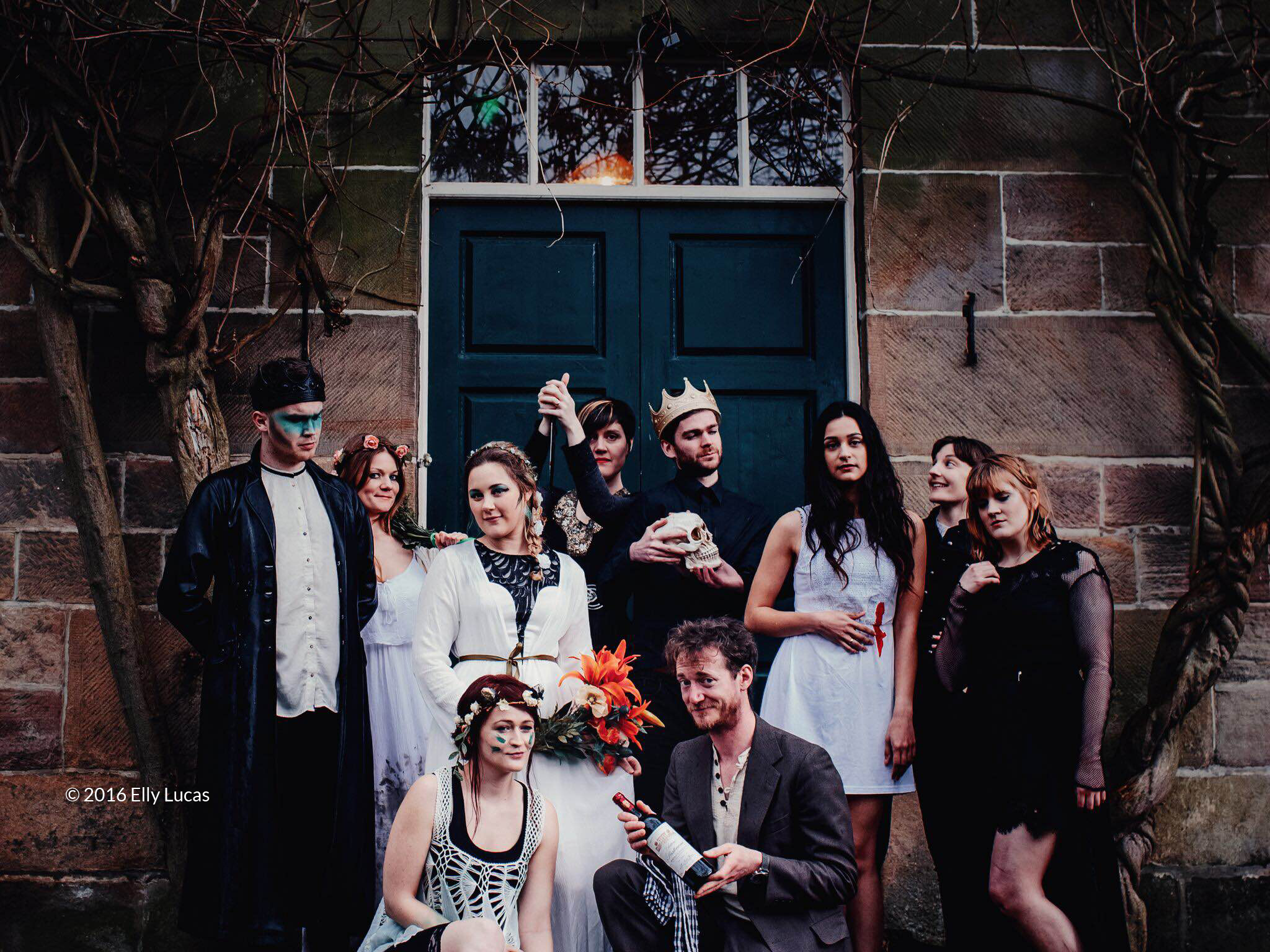 2016 is the year of all-things Shakespeare, as the country gears up to celebrate the most famous playwright of all time. Here at #FolkloreThursday we are very pleased to welcome Jess, Hannah and Kathy from the up-and-coming folk group, Said the Maiden, to discuss their exciting bard-related plans for the months ahead.

Q: Hello, and welcome to #FolkloreThursday! How has 2016 been treating you all so far?

A: We have had a great start to the year.  In January, we released our new EP ‘Of Maids and Mariners’ which has received some really positive reviews so far.  We have had several gigs at folk clubs around the country, and have been busy rehearsing new material too, preparing for a busy summer ahead with more folk club gigs and festival slots lined up.

Q: Excellent, it sounds like things are all go with you Maidens. What are you working on currently?

A: Aside from Said the Maiden, we have been working on an exciting new collaborative project called the Company of Players.

Q: It sounds like there is a story behind that. How did the Company of Players project come about and what was the inspiration behind it?

A: Jess was inspired by other folky collaborative projects she had seen such as the Full English and Songs for the Voiceless. She wanted to do something similar but for emerging artists, the aim being to open up opportunities that might more commonly be offered to more established artists.  The project is based on the life and works of William Shakespeare as 2016 marks the 400th anniversary of the year of his death.  Through the project we will be celebrating two very important aspects of the country’s cultural history: literature and traditional music.

Q: How very exciting! Can you tell us more about the project and what your fans can expect?

In April we spent a week together writing, rehearsing and recording material for the project, and we will be officially launching The Company of Players with a performance at Bristol Folk Festival on April 30th.   After that we have performances lined up at Stratford-Upon-Avon (as part of the RSC’s William Shakespeare birthday celebrations), Victoria Hall in Settle, and at Looe Festival in Cornwall.  We will also be releasing a couple of tracks digitally.

Q: Wishing you all the best for those performances, and can’t wait to hear the new tracks. What has been the biggest challenge you’ve faced with the project so far?

A: It has been a challenge to secure funding to allow the project to go ahead.  So far we have been sponsored by Looe Music Festival, and we are also running a Pledge Music campaign which will allow us to raise our own money through selling merchandise and other goodies to our fans.  The project is still not fully funded, however once we have a tangible product and word of the project spreads we hope that we will be able to secure further funding and performance opportunities in order to make it a more sustainable project.

Q: There are so many great things for offer on your pledge page, the only difficulty is deciding which to go for! Can you tell us about your most memorable moments working on the project?

A: There are so many moments, but a couple really stick out in particular. On the second day of the writing residential, Elly Lucas came over to take publicity photos of us all. Once they were all done and we were looking at the photos together, it was the first moment that made us really feel like a ‘band’ and a team.

The last night of that week was also really special. We had recorded four of our tracks, to release as an EP, and  we sat round together to listen to them. It was pretty incredible to hear how the fruits of our labour had come together. We drank champagne and danced to jazz music. It was a really lovely way to end the week.

Q: Sounds like a week you won’t be forgetting in a while. What is your favourite work by Shakespeare and why?

Jess: Mine is Hamlet, without a doubt. It’s not just my favourite Shakespeare play but my favourite play. That probably says something about me as a person, liking a play in which everyone dies! I’m not sure I could pinpoint why I like it so much. I love a good tragedy. It has a lot of my favourite lines in it. I’ve seen it a lot in the theatre and it just never ceases to amaze me.

Hannah: I remember studying The Merchant of Venice at school and really enjoying it. It is one of the texts I remember most fondly from my time studying English literature. I really enjoy the plot and especially like Portia as a character.

Kathy:  Probably Twelfth Night. I enjoy the character of Viola and always love a bit of confusion and entanglement that resolves itself into a happy ending.

Q: Thanks for sharing! What are your hopes for the project over the weeks to come?

A: Firstly that our performances go well and we do the songs justice! We haven’t met up for a rehearsal yet so the first show is going to be nerve wracking. We hope that the shows we have coming up generate more interest and garner us future gigs, and just that we keep having fun and our audiences continue to enjoy what we’re doing.

Q: Finally, and most importantly, where can people find out more about the project?

A: You can visit our Facebook page, follow us on Twitter (@shakespearefolk) or come to a gig and say hello! You can find our Pledge Music campaign by visiting www.pledgemusic.com/projects/company-of-players.

A big “thank you” to Said the Maiden for taking the time to talk with us, and wishing much success to the whole Company of Players project. As for #FolkloreThursday readers, what are you waiting for – go and pledge!