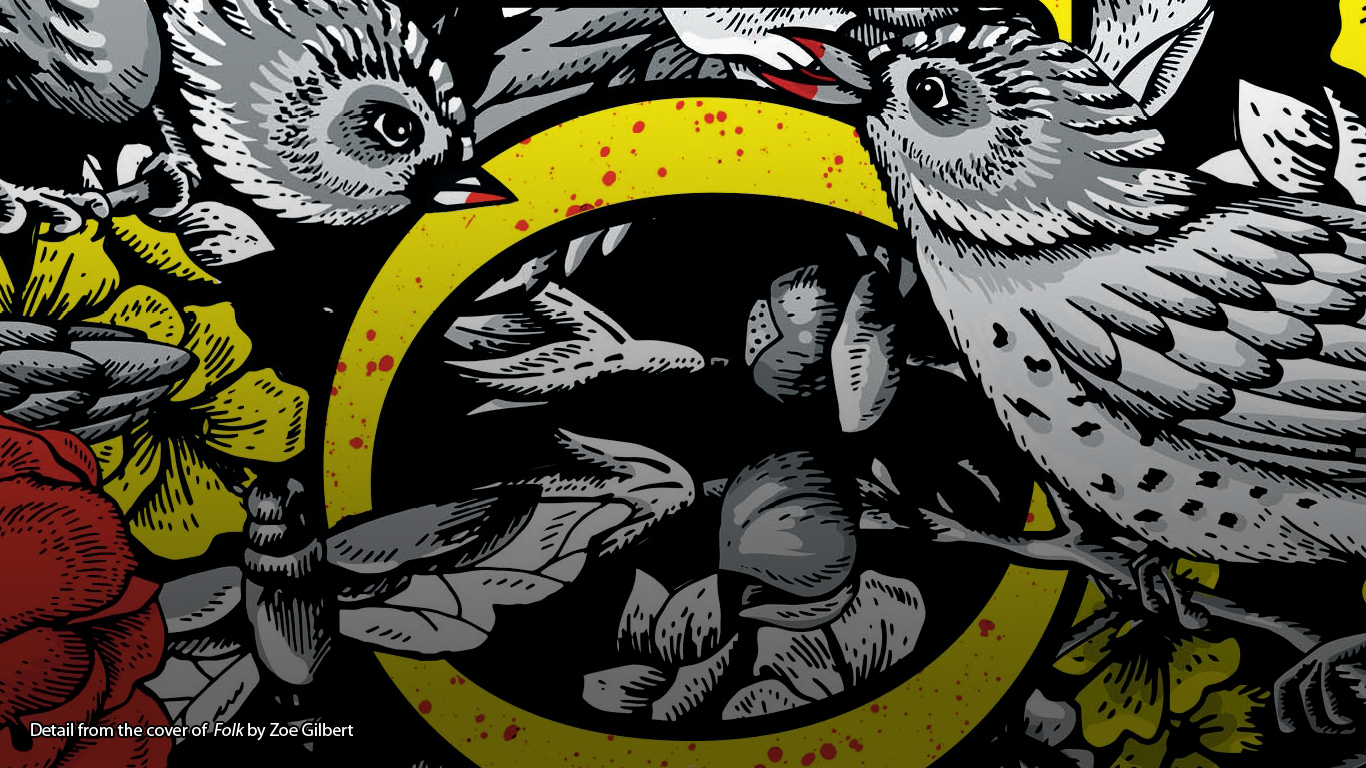 Writers have long retold folk tales just as musicians have reinterpreted folk songs. But when writing Folk, I aimed not to tell old tales but to imbue the world of the novel with folklore, both real and imagined.

Composer Béla Bartók was a great stealer of folk music. He describes three ways in which folk song –  or ‘peasant music’ as he calls it – may be taken up and re-spun by musicians like himself. An old song might be used whole, enhanced with a suitable accompaniment or embellished so much that it becomes little more than a motto. Alternatively, a composer might invent his own folk tune within a piece of music, a kind of imitation of traditional melodies. Finally, he might neither reproduce nor imitate a folk song, but create a piece “pervaded by the atmosphere of peasant music”. Bartok writes that in this latter case, the composer “has completely absorbed the idiom of peasant music which has become his musical mother tongue”.

These approaches to traditional music are mirrored in the way fiction writers steal from, and pay homage to, folk tales and wider folklore. From famous retellings, such as Carter’s rendering of Bluebeard in ‘The Bloody Chamber’, to stories and novels that embroider folkloric threads into modern narratives (such as Eowyn Ivey’s The Snow Child), writers love to steal – and brazenly – from the folk canon. But what of Bartók’s last category: music, or fiction, created by someone who has absorbed the idiom of the original material? What does this mean for a writer, and can we ever truly achieve it?

The orality of the traditional folk tale might make the written word seem a blunt needle for re-broidering such threads. As Bartók puts it, “in the process of notation that very essence of peasant music is lost”. But folklore itself, and the associated mindset that permits us to go beyond the ‘what-if’ to the place of really believing, might provide just the right fabric. Writers, after all, ask the reader to suspend their disbelief. When a character believes that a maiden must cross water to escape capture by a water bull, you better not snigger. You better believe it too.

As I wrote my novel, Folk, I absorbed as much folklore as I could from around the British Isles. Not just stories, but snippets: those raggedy pieces that might go to waste if they weren’t stitched into a patchwork, to be dragged from under the bed on the coldest nights. I tried not to retell tales but to create a world pervaded by lore such that, to see and feel as the characters do, the reader must shed their twenty-first century scepticism and, if not believe in fairies, at least see the world through a folkloric lens. For me, that is an enchanted place to be, and is the closest I can come in the written word to the enchantment of a true folk tale.

So, what did I steal? I love the lore of useful things – be they found or crafted. In Folk, there is a fowlmonger who knows the uses of bird skins: a wren’s for luck at sea; a rook’s for stealth; a swallow’s to dry a drunk. All true, and so true for him. He falls under suspicion when a neighbour finds flight feathers stuffed inside a pillow – she knows these can prevent sleep, and so must have been placed there deliberately. Insomniac readers, take note. There is a fiddle-player who builds her new instrument from bones hauled out of the river. Her mentor knows that such instruments tell their own stories, and dozens of British (and other) folk songs warn us of this. Objects hold memories, and those memories can surprise us. A wise woman collects sticks for witching purposes, choosing those with a sunwise (clockwise) coil for merry-weather work, and an anticlockwise twist for darker doings. It’s obvious, when you think about it.

Folk practices can seem eccentric to the point of hilarity. I couldn’t resist borrowing a custom from Trotternish, in the Isle of Skye, in which members of a certain family would stitch themselves into an ox-hide and lurk behind a waterfall, to tell the fortunes of those brave enough to enquire through the rushing water.  What larks! But then, you’d have to be taking it all quite seriously to go through such a palaver. It can’t be easy getting into an ox-hide and manoeuvring yourself behind a waterfall, and it can’t be a very comfortable place to spend an afternoon. It would have to matter, then. Writing this ritual into a story means taking it seriously too, and exploring what it is like to imitate an oracle ox when your pride depends on it. This is one way of absorbing folklore, and writing it into fiction.

Folklore can function as explanation, warning, convention-keeper, gossip, guide. Once we are writing a world – like that of Neverness, in Folk – that has this tradition woven tight into its social fabric, new lore arises. Burning off gorse, as they still do in the Isle of Man, Dartmoor and elsewhere, is such an ancient practise, and so associated with regrowth, new life, and fertilising the earth, that I was surprised not to find a gorse goddess in my research. Though I did discover the belief that gorse harbours witches, to be flushed out by burning. From these ideas, the ‘Gorse Mother’ in Folk rose like a lustful phoenix. Imagine my delight when some readers claimed to have heard of her before they read the book! Had I remade an old myth, or absorbed enough folklore that I could now plausibly write my own? I make no claim to either, but I hope that my own enchantment with folklore might take readers to a place where they can believe beyond the seeming surface of things, and be enchanted too.

Win a copy of Folk by Zoe Gilbert

The wonderful folks over at Bloomsbury have offered a copy of Zoe’s amazing new novel, Folk, for a lucky #FolkloreThursday newsletter subscriber this month!

‘The remote island village of Neverness is a world far from our time and place.
The air hangs rich with the coconut-scent of gorse and the salty bite of the sea. Harsh winds scour the rocky coastline. The villagers’ lives are inseparable from nature and its enchantments.
Verlyn Webbe, born with a wing for an arm, unfurls his feathers in defiance of past shame; Plum is snatched by a water bull and dragged to his lair; little Crab Skerry takes his first run through the gorse-maze; Madden sleepwalks through violent storms, haunted by horses and her father’s wishes.
As the tales of this island community interweave over the course of a generation, their earthy desires, resentments, idle gossip and painful losses create a staggeringly original world. Crackling with echoes of ancient folklore, but entirely, wonderfully, her own, Zoe Gilbert’s Folk is a dark, beautiful and intoxicating debut.’

Folk, by Zoe Gilbert, is available from Bloomsbury books, or as a special edition with sprayed edges from Goldsboro books.

Zoe Gilbert’s first novel, Folk (Bloomsbury 2018) was shortlisted for the International Dylan Thomas Prize and adapted for BBC Radio. Her second novel, Mischief Acts (Bloomsbury), is published in March 2022. Her short stories have appeared in anthologies and journals in the UK and internationally, and won prizes including the Costa Short Story Award. She is the co-editor with Lily Dunn of the recovery anthology, A Wild and Precious Life (Unbound, 2021), and is also co-director with Lily of London Lit Lab, where she teaches and mentors writers. She also teaches courses for other organisations, such as Arvon Foundation and Writers & Artists, and is a Visiting Senior Fellow in creative writing at the University of Suffolk.