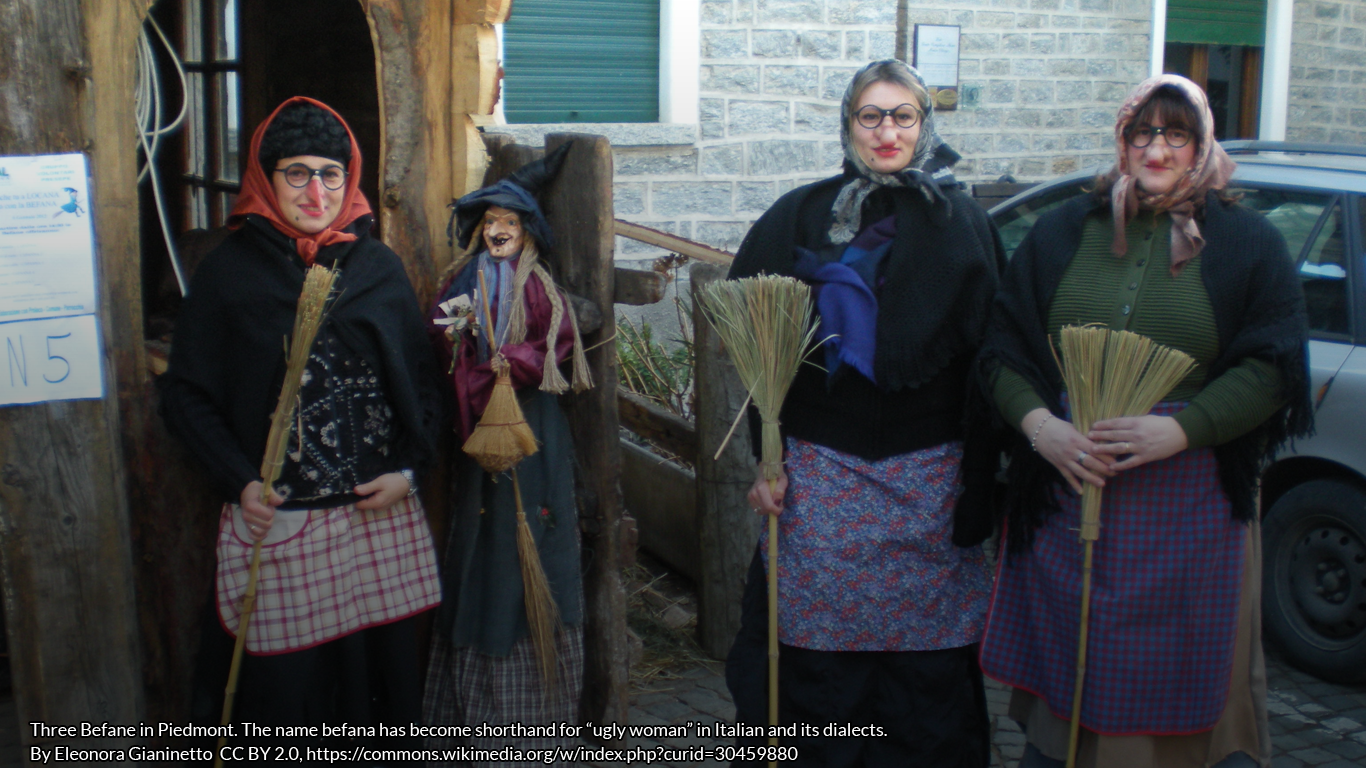 Picture this, if you will: it’s early January and you just spent a wonderful Christmas vacation touring around Italy. You visited a lot of very old buildings and ate a lot of very good food, and you’re torn on which of the two was the best experience. Now what?

Now that new year’s celebrations are over, you’re spending your last day checking out the street markets, and you keep noticing witches popping up all around town – a specific witch, in fact, old and ugly and wearing a scarf.

Odd, you think, because you’re an expert in folklore minutiae and know that Halloween is long past. You stop at a stand to grab some caldarroste, and ask about that witching figure. You’re quite surprised when, with a broken but at least intelligible English, the paisano invites you to head to the central piazza tomorrow so you can celebrate… the coming of the witch?

You’ve just been introduced to the Befana.

It is quite hard to pinpoint the origin of this belief, for the usual reasons – it’s local folklore, it’s exceedingly old, it’s not a Christian tradition so nobody cared about it. Today’s topic is a weird example of folkloric and religious syncretism, mixing pre-and paleo-Christian regional traditions with the Catholic rewriting of local beliefs, resulting in a frankly confusing fictional figure of fairly fundamental importance.

And now that all the big boring words are out of the way, what is La Befana?

The Befana is a witch who roams the world (which seems to consist only of the Italian peninsula, South Tirol excluded) in the night between the fifth and sixth of January. She climbs down the chimney and fills the socks of good children with sweets and small toys, while leaving bad kids empty-handed and sadly staring at a lump of coal. Yes, like that other guy. I told you this would get confusing.

Christmas stockings have never been a thing in Italy, as far as I remember – at least going off both my memory of growing up there and the fact there’s no Italian Wikipedia page on the topic – and neither has Christmas coal. It’s an interesting thing, as it seems like the role of moral arbiter for tiny humans was absorbed by this figure, rather than ending up like the telephone game with Saint Nicholas that is American Christmas. But folklore is weird like that, and things get mixed up and mashed together pretty often. It’s a peculiarly Italian thing too – I remember my nonna telling me to be a good kid so Child Jesus would bring me toys for Christmas, and feeling puzzled that the priest never mentioned such an important topic during Mass. 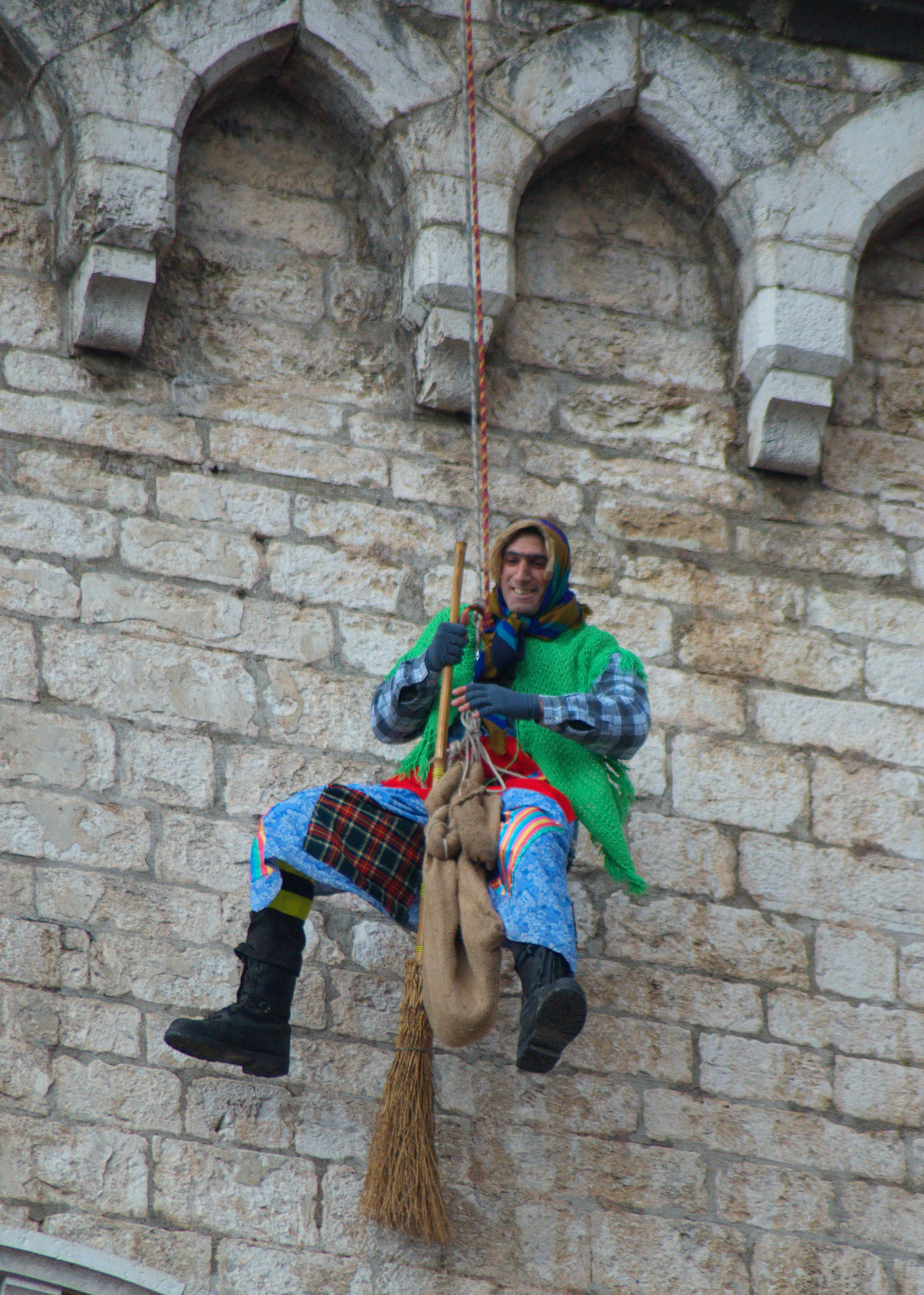 An Italian firefighter dressed up as the Befana descends from Gubbio’s medieval buildings. By Beatrice – Own work, CC BY-SA 3.0

Nevertheless, people really love the Befana here. The name itself is Christian in origin, a corruption of Epifania – the celebration of the Epiphany, which happens to be on the sixth of January and is celebrated to remind people about that time the Magi did the thing with the child and the gifts, which symbolized God revealing himself to the gentiles.

Good old Italian folklore historian Carlo Ginzburg (remember him? We met him when we talked about male-witches and the Benandanti) wrote on the topic, interpreting the Befana as an evolution of Perchta (The Bright One), an Alpine goddess from the pagan age with a thousand different names. She’s traditionally represented with two forms: a beautiful woman pale as snow, or more often as a horrible-looking hag. It doesn’t take a brilliant academic mind to figure out the connection with the Befana there, but confirming it is tough.

Time went on, and then came the middle ages, when replacing pagan idols with Christian gaslighting was all the rage. And not even the Befana was spared this fate: in a quite hilarious turn of events, which we modern readers would call an example of fan fiction gone horribly wrong (or right), a legend “spread” about the Befana that saw her being inserted inside the Gospels, directing the Magi to the place where Jesus was born – that is to say, the topic of the Epiphany in the Christian rites. Quite the interesting retcon, if you catch my drift. 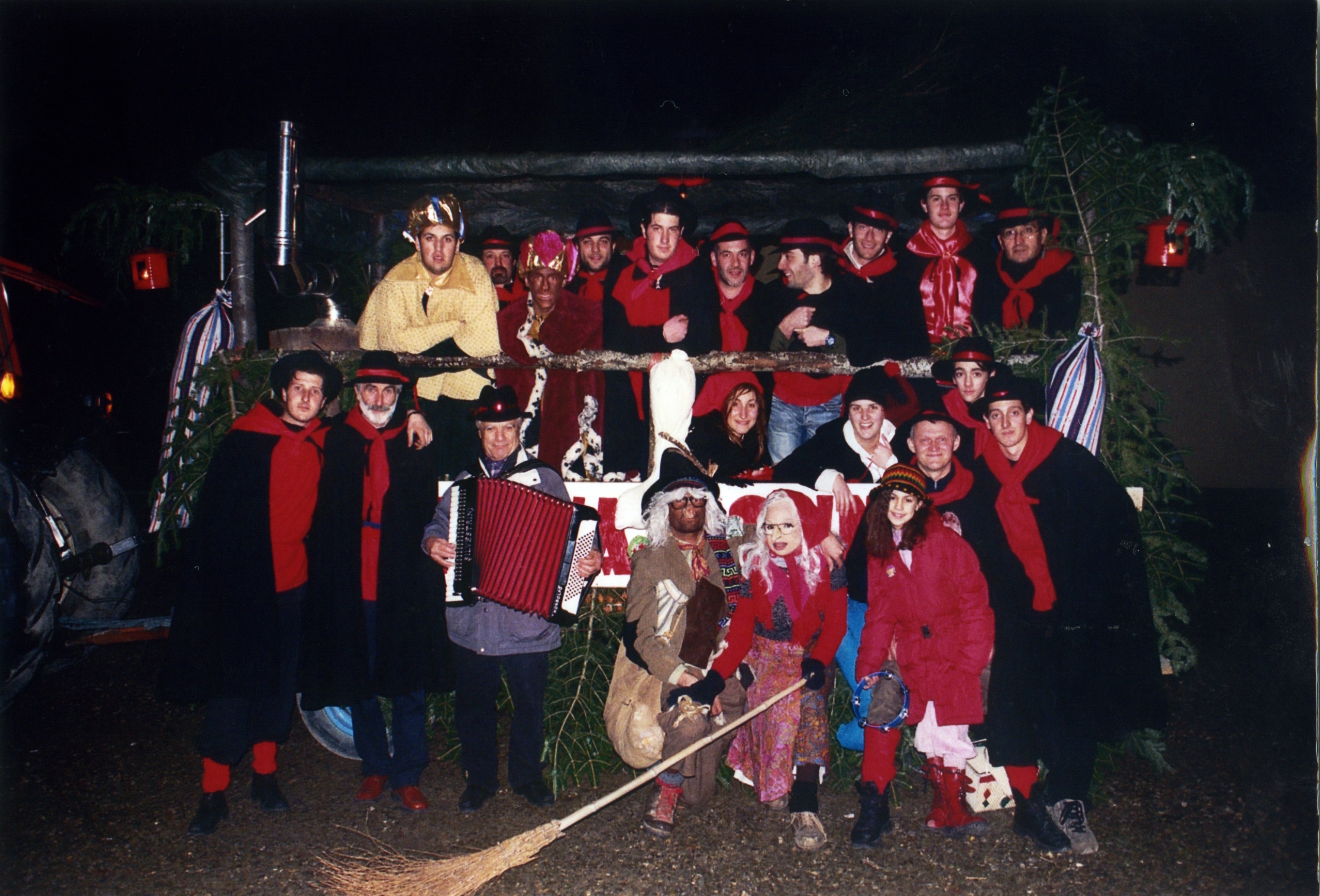 A group of friends and families celebrating the Befana in the Romagna region. Di Cristian Crociani

There are other connections – to Epona, Celtic goddess of horses and other Celtic things often represented spreading gifts with a cornucopia, or Diana, Greek goddess of the hunt. But I’ll be honest, this one’s a tough one: sources are scarce, and during the twentieth century the Befana spread throughout the entirety of the peninsula with people being more concerned with celebrating and creating recipes and…

I’ll be honest, the topic is messy. Folklore experts find it tough to navigate, so I decided to stop here unless there are new developments – but I find it a very remote possibility. Leaving the books aside, it is still incredibly felt by the population of Italy, one of a handful of celebrations that have been inherited from pagan times. You can find local events regarding this odd, curious witch almost everywhere, and some are quite spectacular, involving cables and sometimes even helicopters and extreme sports. Yeah, it gets pretty crazy – and definitely worth seeing at least once.

Fire and Fur: The Many Guises of the Grimms’ Fairy-Tale Witches