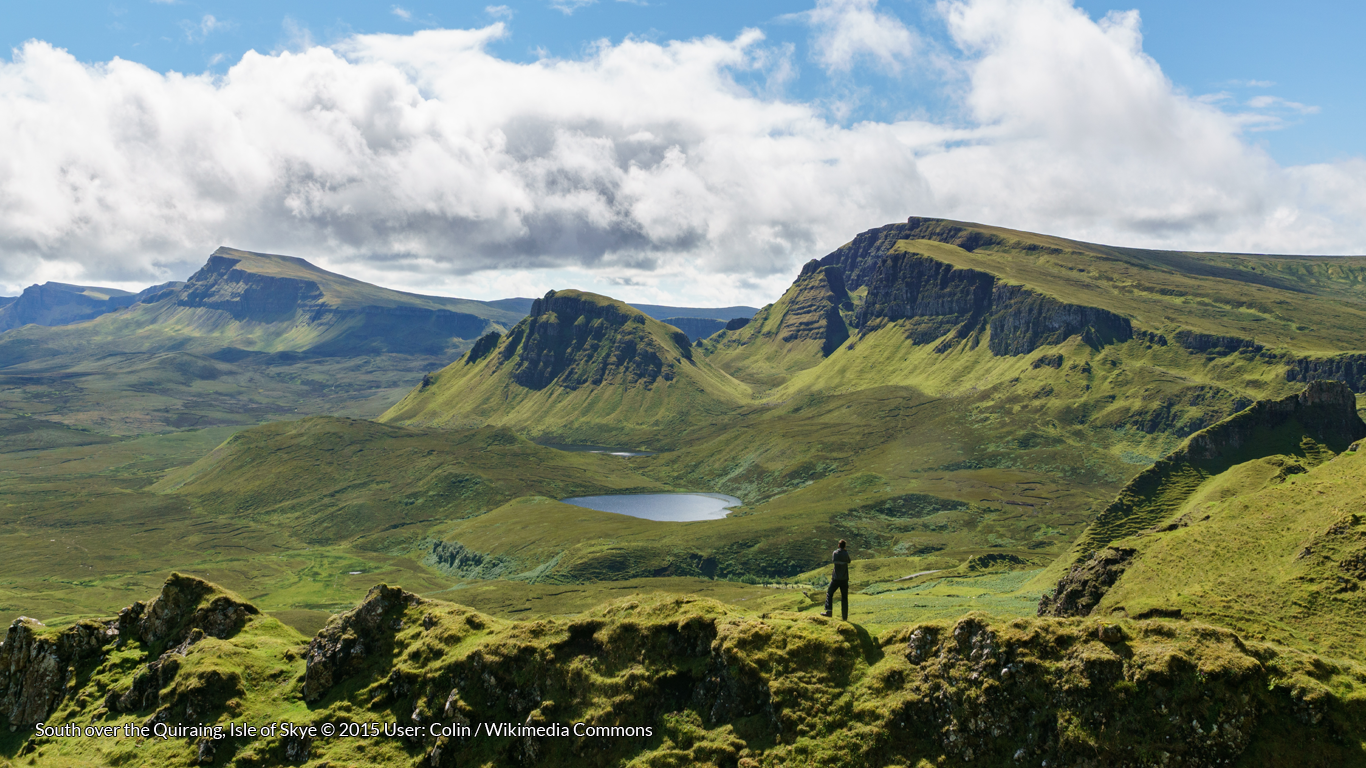 With soaring landscapes, bloody history and passionate politics, it’s little wonder that Scotland has such a vibrant folklore. Tales range from ghostly armies fighting it out in the skies above historic battlefields, carnivorous monsters lurking in lochs, child snatching fairies, love-lorn green ladies, peat throwing poltergeists, protective gruagachs and witches at war with the neighbours.

And these tales aren’t exactly a thing of the past. Scotland’s folklore is alive and well as a living social phenomenon. The Loch Ness Monster as we know it began back in the 1930s, with sightings of and hunts for the cryptid just as popular as ever. Over in Edinburgh, a haunting with links in centuries old local lore blasted into the modern era in the late 1990s in the shape of the Mackenzie Poltergeist, with people still reporting it attacking them on a regular basis. And Mary, Queen of Scots still puts in regular ghostly appearances at the numerous castles and ancient houses that she is reputed to haunt. The fairies haven’t quite disappeared either – offerings are left to them on at the tree supposed to be haunted by the spirit of Robert Kirk and local legend has it that back in the 1960s, a young lad was snatched by the fairies whilst walking down Govan Road in Glasgow.

One interesting aspect of Scottish folklore is that it isn’t uniform, but has some highly distinctive regional variations. The lore of the Highlands and Islands follows a distinctively Celtic tradition (Lamont-Brown 1996: 8), with tales of each-uisge, the water horse with a penchant for human flesh, witches, ghosts, one one-upmanship, inter-clan murder, war and Jacobites. Meanwhile, the Lowlands are no less tumultuous, thanks to the influence of economic difficulties, war and Reivers to name but a few (Lamont-Brown: 7). But thanks to the cultural influences of the different ethnic groups settling in different parts of the country, the folklore in these areas can take on characteristics unique to each area. One of the main causes of the variation is down to the different languages spoken in each region: Gàidhlig is the tongue of the Highlands and Islands, Scots in the Lowland and Norn in the Orkney and Shetland Islands. The strong Scandinavian influence gives the folklore of Orkney and Shetland a particularly distinctive character (Kingshill 2009: xii).

Scottish folklore isn’t just a form of fantasy and escapism. Sophia Kingshill writes that the violence of Scottish lore is strongly reflected in the landscape. She adds that it also had an instructive intent, for instance, being used as a way of ensuring children kept away from bodies of water by telling them a scary monster might eat them if they went near the local loch. Also, in the Pre-Enlightenment age, tales of why certain things happened, such as bad weather, explained things like the power of nature in a way in which the folk would understand them (2009: ix). Kingshill also notes that folklore provides a way of understanding history, Scotland’s own violent past heavily influencing folktales (2009:x) –several of which can be read in the gleeful retelling characteristic of Otta F. Swire’s work. Folklore also strongly represented what is seen as the folk culture of the Pre-Enlightenment era, such as cunning healing (Miller: 2000).

Great minds of the 19th century thought that it would be a good idea to preserve what they believed to be the dying culture of the common people, and Scotland was no exception. Whilst the hindsight of the 21st century mind sees the attitude of these earlier folklorists as somewhat paternalistic, it can’t be argued that they carried out some amazing work, without which, we might have lost a lot. Amongst the great Scottish folklorists of that time were John Gregorson Campbell, whose works include Superstitions of the Highlands and Islands of Scotland, and Witchcraft and Second Sight in Scotland, and also John Fraser Campbell of Islay, who wrote the four volume Popular Tales of the West Highlands. Slightly further down the country, James Napier produced Folklore: Superstitious Beliefs in the West of Scotland within this century. John Spence wrote Shetland Folklore in 1899, and County Folklore Volume III, produced by the Folklore Society in 1903 documented Orkney and the Shetland Islands, collected by G F Black and edited by Northcote W. Thomas.

The twentieth century also saw some great folklorists, including John Lorne Campbell and his wife, Margaret Fay Shaw, who collected a lot of Gaelic lore. Their extensive library of recordings and literature is now under the care of the National Trust for Scotland on the Isle of Canna. Otta F. Swire might not be so well known, but she makes for an excellent introduction to the first time reader of Scottish folklore, with her gripping writing style. Neil Gaiman just happens to be a big fan – one of his most popular novellas of recent years, The Truth is a Cave in the Black Mountains, was directly inspired by Swire.

Essentially, delving into Scottish folklore is a bit like the cheesy adage about life being like a box of chocolates from Forest Gump – you don’t know what you’re going to get.

City of the Dead Tours. The Mackenzie Poltergeist. http://www.cityofthedeadtours.com/the-mackenzie-poltergeist/ (Accessed 14/1/2016.)