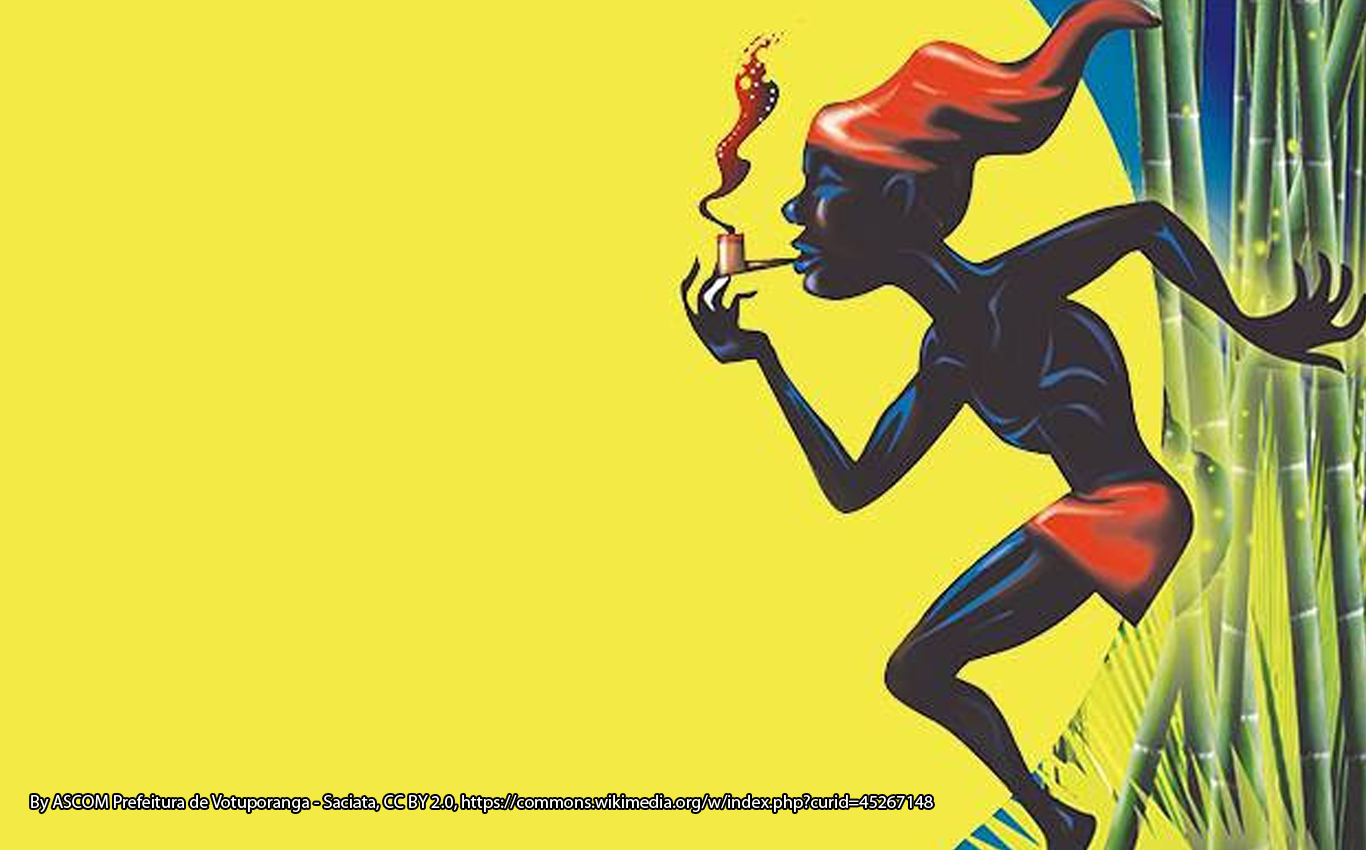 We’ve got many different characters in the Brazilian Folkcloric scene and they are related to all aspects of the land, weather, traditions and beliefs. Due to the territorial size of Brazil, some characters and legends are exclusive in some areas, while others change in order to adapt to different locations. However, there is one single name which is known all over the country and that fascinates — and sometimes scares — everyone, from children to adults. He is Saci-Pererê, the Brazilian folklore superstar.

Saci-Pererê /sassy-perere/ is a kind of Saci. Yes, there are many kinds of Sacis out there. The “Pererê” specimen is usually a single-legged very dark-skinned boy who smokes a pipe, wears a red hood and transports himself on a mini hurricane. This description can sometimes change, and Saci-Pererê can also be described as an old man instead of a boy. Nevertheless, he is always single-legged and dark-skinned.

Some say that his name comes from the Tupi Guarani language: çaa cy means “evil eye” and pérérég means “leaping”¹, so Saci-Pererê could be interpreted like “The leaping evil eye”.

Although his name suggests something evil, Saci-Pererê is not a monster and most of the time he is not evil either. In some of his stories, we may consider that he behaves like a spoiled child who wants to have everything done their way, otherwise they get aggressive. Saci-Pererê can appear to you asking something — usually tobacco. If you refuse to give it to him, then you’ll face the consequences — just like tricks or treat for Halloween.

Every time someone starts talking about Saci-Pererê you can expect to hear some of his tricks, which involve:

Furthermore, if we go deep into Saci-Pererê’s archetype, we can conclude that he is the trickster of Brazilian folklore.

It is said that if you can catch a Saci-Pererê, he will make anything you wish, so he can be free again. Others point out that all you have to do is to steal his hood because it’s magical and it can make you rich. Anyway, I don’t know anyone who has ever caught a Saci-Pererê, he’s too fast in his hurricane. 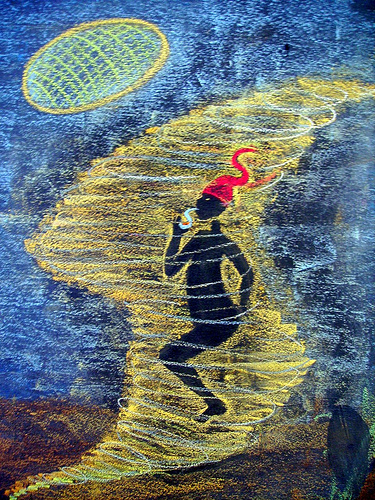 Representation of the character Saci. By Jean Marconi from Brasil, CC BY 2.0.

Although Saci-Pererê is presented as a funny character to kids today in a “prejudice free” context, when we look back into the history of Brazil’s colonisation, we find many of Saci’s traits in slavery.

When the Portuguese arrived in Brazil, they enslaved the native Indigenous people here. After some time, they noticed that those people were not “good workers”, so they brought African slaves.

By that time, big farms in which a white man called “Senhor” was the owner were very popular. Each Senhor had their own family and their own slaves, who could be sold or traded.

The image of a black man preparing a pipe to smoke may come from this time. The African slaves brought their own customs and traditions with them. And they were pretty familiar with this technique, but using herbs. In African mythology, there’s even a being who can be one of Saci-Pererê’s roots, and I’ll talk about him soon.

Another common piece of outdated thinking from that time was that slaves would always cause trouble and were always ready to steal and commit crimes. That’s why they should be kept under strict surveillance.

From this context, we have many of the prejudices and stereotypes against Bame communities — and surprisingly, a lot of people seem to carry these prejudices on today.

Saci-Pererê, before being a comical character with whom you could even play with, bears characteristics from a time we wish we could erase.

As folklore is always alive, the best part of this story is that Saci-Pererê overcame all those prejudices from which he was shaped and managed to become the most popular character in Brazilian folklore, a true superstar!

What made Saci-Pererê become so famous among all other well-known names and beings? The answer is Monteiro Lobato, a Brazilian writer.

In 1918, Monteiro Lobato published a book called Saci-Pererê: Resultado de um Inquérito (Saci-Pererê: The result from an Inquiry) in which he presented a compilation of Sacis he gathered from all over the country by mail. There were many variations and descriptions.

He was so fond of Saci-Pererê that he included Saci as a character in Sítio do Pica-Pau Amarelo (The Yellow Woodpecker Farm) released in 1920, among other Brazilian folklore characters.

Although Saci-Pererê was not one of the main protagonists of the chronicles, he played a special role causing mischief, playing pranks, and more.

The roots of Saci-Pererê may vary but one important reference that must be considered is that we have Arôni, a forest guardian who works for the Orisha Ossain in Yorubá mythology.

Ossain is the Orisha of healing, the one who knows all the secrets of the forests, the powers of the herbs and all kinds of natural magic. Arôni is his messenger and he wears a hood and carries a pipe in which he smudges herbs to release their magical properties.

By making this association, we can point a “hidden” skill of Saci-Pererê: Could he be able to use the magical powers of herbs? Was he able to use magic in general?

We’ll probably never know these answers unless we ask Saci-Pererê himself.