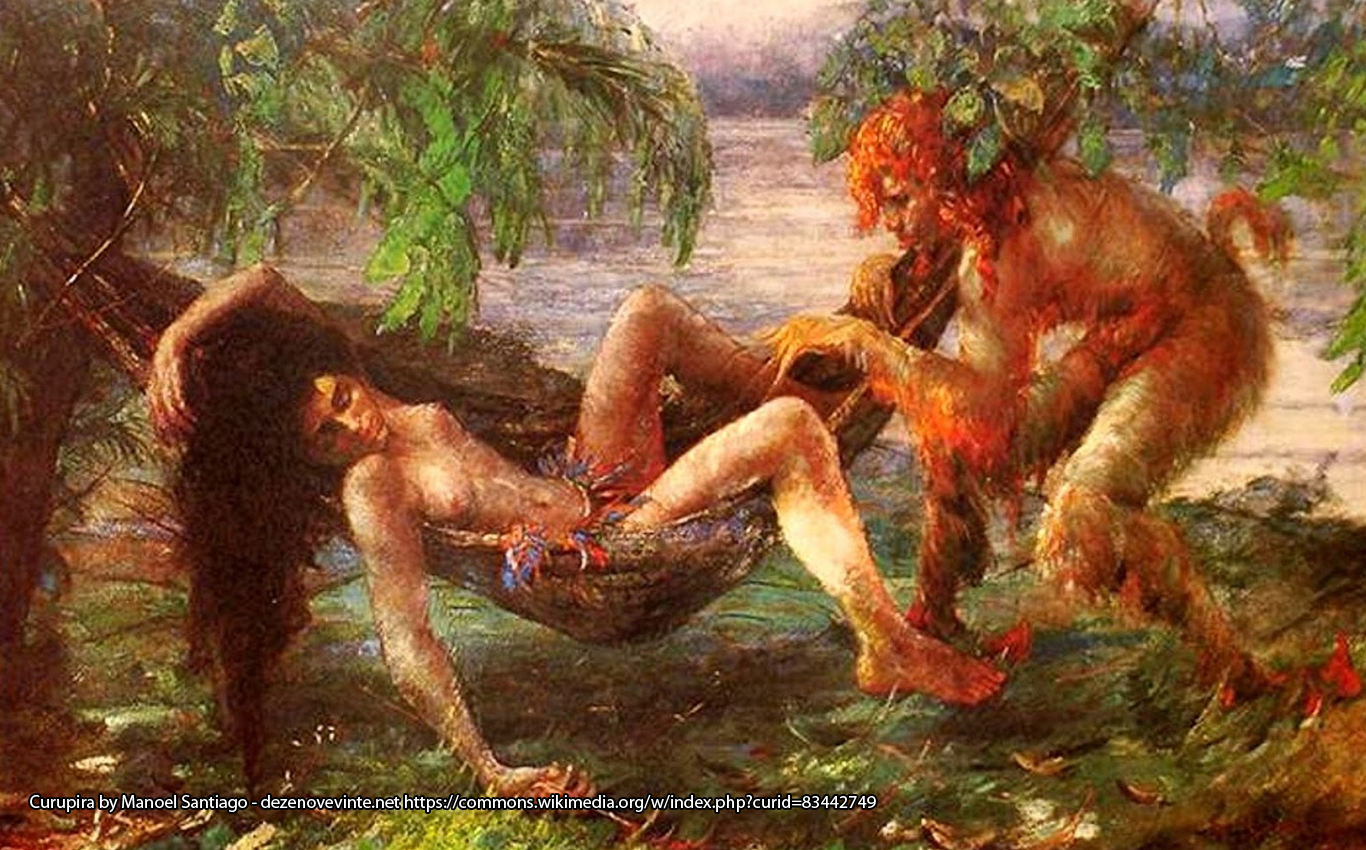 Brazil is full of folklore, myths and superstitions. Here in Brazil, we’ve got a fascinating and complex collection of stories and monsters that merge European, African and Native Indigenous Peoples’ cultures.

Brazilian territory comprehends 8.5 million km2 of land which is divided into five regions that have different climate and vegetation. We have, for example:

Just by this short description, we can see that, as the climate and landscape change dramatically, the way of living also changes. Hence, folklore can be unique to some regions and completely unknown to others.

In this post, I’ll bring to you five Brazilian monsters that are so scary that they managed to break the boundaries of localization and became popular all over the country.

Curupira is depicted as a man or a boy with red or orange hair. Sometimes he’s a dwarf, but he can also be a giant. Curupira’s most intriguing feature is his feet: They are turned backwards! By having his feet turned backwards he always deceives anyone who tries to find him or hunt him down.

Although Curupira can be dangerous and can kill people or drive them to madness with the sound he produces, he’s a nice guy. He lives in the forests, mainly in the Amazon forest. There he protects it and also its animals against hunters.

If a person decides to hunt for pleasure and not for necessity, or if a hunter kills a mother animal with offspring, Curupira will apply one of these punishments:

Now, if you are innocently walking in a Brazilian forest and then you notice Curupira around, there are some ways to avoid his tricks and get out of the forest safely. It seems that Curupira suffers from some kind of obsessive behaviour, so you can:

4. The Headless Mule: A Curse from God

The Headless Mule has a tragic and misogynistic backstory. Her tale is deeply linked to Catholic beliefs and it is said that it all started because a priest was having sexual relations with a woman. God wasn’t pleased with the situation, once Catholic priests had to live without having sexual relations. So he cursed the… woman! God and his “fair judgments”.

This first woman became the Headless Mule, a mule with fire coming out of her neck and tail. She ran around the city destroying everything in front of her and killing everyone that crossed her way.

Then, every woman who had sexual relations with priests would become a new headless mule, and be condemned to walk on every Thursday nights around their cities, causing havoc. On Friday mornings, they would become women again and suffer severe pain in their whole body.

There are two ways to remove God’s punishment and “save” a Headless Mule. The task involves simply getting some blood from her. Another way would be removing her reins, which is virtually impossible for she’s got fire coming out of her neck.

After doing this, the woman would be taken to a church and a priest would curse (yes, curse) her seven times. This way she wouldn’t turn into the Headless Mule again.

Cuca is scary and she terrifies all babies around Brazil. I was really afraid of her when I was a kid, but today I admire her and I wish I could learn some things from her. Cuca is a hag who lives in a cave and makes all sorts of spells using her cauldron. She’s a humanoid crocodile-like woman with a very shrill voice.

Parents sing of Cuca to their babies in a dark and eerie lullaby which says:

Sleep, little baby
Cuca is coming to get you
Daddy went to the fields
Mommy went to her job

Even when I was a kid I felt that there was something strange with this lullaby. If daddy has gone to the fields and mommy went to her work… Who is singing?

The truth is that Cuca is able to enter everywhere and she kidnaps children and eats them, absorbing their vital energy and prolonging hers.

Cuca became extremely popular after Monteiro Lobato’s books narrating the chronicles of Sítio do Pica-Pau Amarelo (The Yellow Woodpecker Farm), released between 1920 and 1940. In these books, Cuca is the main villain and she works alongside other Brazilian folklore creatures.

Similarly to Cuca, Bicho Papão (something like The Eater Monster) terrifies kids who have trouble for sleeping. When a kid can’t sleep, parents say that Bicho Papão is going to appear from below the bed and eat them. Simple as that.

Bicho Papão, however, has no defined appearance. No one can describe what he looks like. In fact, he represents a sum of all the night terrors into one single being:

As far as I know, the only way to protect yourself against him is by sleeping. You may be scared to death, but the moment you sleep the terror will be over.

The Chupa-Cabra (The Goat Sucker) is a relatively new monster in the Americas and mainly in Brazil. In the mid-1990’s, there were a series of strange events happening around South, Central and North Americas in which bloodless goats appeared dead with two holes on their necks.

The media made a scandal about this phenomena and it was rapidly transformed into an urban legend called Chupa-Cabra, in which an alien-like monster with glowing eyes was responsible for sucking the blood out of these poor goats during the nights.

True or false, the Chupa-Cabra legend became some sort of mass hysteria and for some months, everybody started talking about it, describing an encounter with it.

Until today, for those who live in the fields or farms, Chupa-Cabra still poses a threat to their living stock and to themselves. Inexplicable noises heard during the night are frequently attributed to the Chupa-Cabra.

So these are 5 Brazilian monsters that are popular all over the country. Have you heard of any of these before? Do they look familiar to you?

Next time you visit Brazil, ask someone about one of these names and I’m sure you’ll listen to many interesting stories!