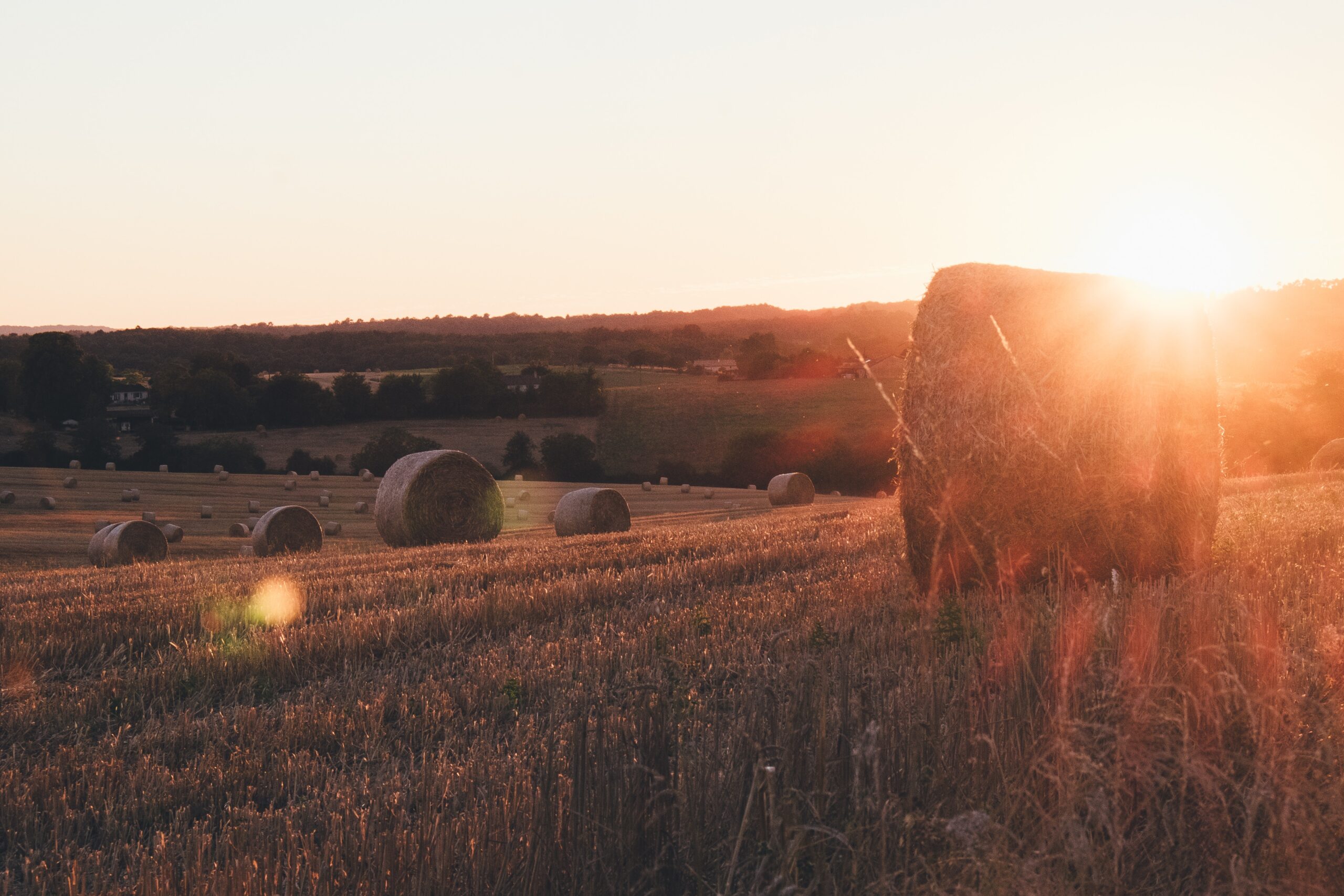 British regional folklorists of the 19th century remain, in many cases, rather obscure figures. This is at least in part because those writing about folklore sometimes came from humble backgrounds, and several were women; indeed, along with romantic fiction, folklore was considered a suitable subject for Victorian women to write about. Margaret Helen James (1859–1938) deserves particular attention for using her writing about folklore to give a voice to ordinary women and critique a patriarchal society, but until 2017 James was completely forgotten.

The sole book James wrote, a collection of East Anglian folklore entitled Bogie Tales of East Anglia (1891) is held by only a handful of libraries in the world, with copies selling privately for hundreds of pounds. The tiny number of copies of the book that survive today suggest that it was a complete flop as far as the publisher was concerned. Either the print run was very small, or the book sold so poorly that most copies were pulped by the publisher (a common practice at the time).

Yet Bogie Tales of East Anglia is hugely important to British regional folklore, as the first book devoted to East Anglian folklore. Because Margaret James wrote under the name ‘M. H. James’, the book contained few clues as to the author’s identity. Worse still, M. H. James often declines the reveal the true names of the places whose folklore she reports, out of consideration for inhabitants who did not wish to be perceived as backward or superstitious. Perhaps unsurprisingly, James’s surname gave rise to speculation about a possible connection with M. R. (Montague Rhodes) James, another writer fascinated by East Anglian folklore – some people even going so far as to make the bizarre suggestion that M. H. James was M. R. James, writing under a pseudonym.

Finally, in 2017, two researchers (Andrew Lohrum and Rosemary Pardoe) traced the identity of M. H. James to a 1939 obituary, and thus laid to rest the question of the authorship of Bogie Tales of East Anglia. M. H. James was Margaret Helen James, a professional indexer who worked on books by M. R. James, Winston Churchill and other celebrated authors of the early twentieth century – and there was indeed a connection with M. R. James, because Margaret James was his cousin: her father Henry Haughton James (1827–85) was a younger brother of M. R. James’s father Herbert James (1822–1909), Rector of Great Livermere. While Margaret James has sunk into obscurity, her younger sister Minnie Stewart Rhodes James (1865–1903) achieved renown as the first woman to run a major national library, and the foremost advocate of women as librarians.

The James sisters were brought up in Aldeburgh on the Suffolk coast, where the family were living by the time Minnie was born in 1865. Aldeburgh was the James family’s ancestral home, and one of the places (along with Dunwich) that inspired M. R. James’s famous ghost story ‘Oh Whistle, And I’ll Come To You, My Lad’. However, it was also the home of the Garrett family. Newson Garrett (1812–93), as a maltster, pursued the same profession as Henry Haughton James. His daughter Elizabeth Garrett Anderson (1836–1917) became Britain’s first woman doctor while another daughter, Millicent Garrett Fawcett (1847–1929), led the Suffragist movement for women’s right to vote. Margaret James became lifelong friends with Millicent Garrett Fawcett, later indexing some of her books.

By the early 1880s the James family was living in Woodbridge, but Aldeburgh clearly held a special place in Margaret James’s heart, since many stories from the town (thinly veiled as ‘Shingleborough’) feature in Bogie Tales of East Anglia. James seems to have done most of her folklore collection on the Suffolk coast, while an unnamed male collaborator collected folklore from the eastern Waveney Valley around Beccles and Bungay (from villages in both Norfolk and Suffolk). As the title of her book suggests, James focussed on ‘bogies’ – frightening apparitions such as ghosts, shape-shifting churchyard beasts, imps and Black Shuck, East Anglia’s famous demon dog (although James never calls this entity Shuck). However, James also collected charms and traditional cures, and the book opens with the remarkable story of a young woman who escaped the fate of succeeding her mother as the village witch of Loddon, Norfolk. Much of James’s material was reported to her by women, and is told in the words of, or from the perspective of, ordinary rural women – something that was still unusual at the time.

In addition to the supernatural tales, James included some narratives without supernatural elements, several of them featuring heroic women acting independently. Yet the most politically subversive story in the book is surely ‘The Beach King’. This story begins as a conventional tale of romance between an Aldeburgh beachman (someone who looked after bathing machines) and a lady’s maid, but the story ends with the young woman being sold into marriage to another man by her father in order to pay a gambling debt. The story was clearly an attack on a society in which a father could still draw up a legally watertight contract to sell his daughter into marriage, provided she was under twenty-one years of age. We do not know whether Margaret James was a Suffragist, but her friendship with Millicent Garrett Fawcett might suggest that she shared her friend’s cause. In later life, after the apparently unsuccessful publication of Bogie Tales, Margaret James became a renowned indexer of long and complex books, working on her cousin M. R. James’s Suffolk and Norfolk (1930) as well as books by Winston Churchill, Millicent Garrett Fawcett, and others. She died of pneumonia, aged seventy-nine, on 9 December 1938.

Margaret James pioneered folklore collection in the field in East Anglia, and her work did not go entirely unnoticed. Unfortunately it received the wrong kind of attention, and the journalist Morley Adams extensively plagiarised Bogie Tales of East Anglia, without any kind of acknowledgement, in his book In the Footsteps of Borrow and Fitzgerald (1914). Because James’s book was so hard to access or obtain, subsequent folklorists took Adams at his word that he personally collected the garbled versions of James’s material that appeared in his book. It was not until I began working on a new edition of Bogie Tales of East Anglia that I spotted Adams’s plagiarism, which has deprived James of the recognition she deserves.

Margaret James’s Bogie Tales of East Anglia is now finally in print again, in a completely new edition with an introduction in which I seek to set James in the context of East Anglian folklore studies. I have also been able to identify most of the places that James declines to name in the text, or for which she gives false names, and the volume is now thoroughly indexed. These features will, I hope, make it much easier for readers to see the usefulness of James’s book as a source of local folklore – and will perhaps finally restore to Margaret James the recognition she deserves as the author of the first book dedicated to the folklore of Suffolk and Norfolk.

The new edition of Bogie Tales of East Anglia by M. H. James, with an introduction by Francis Young,

can be purchased here. 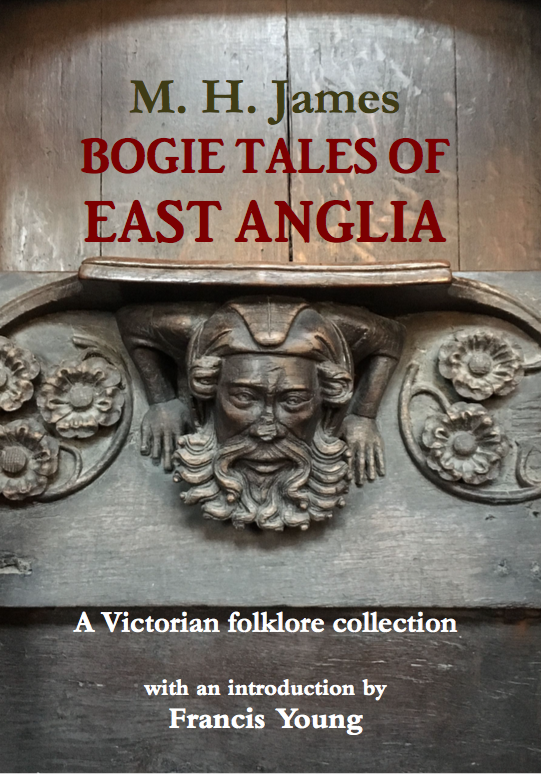 Adams, In the Footsteps of Borrow and Fitzgerald (London: Jarrold & Sons, 1914)