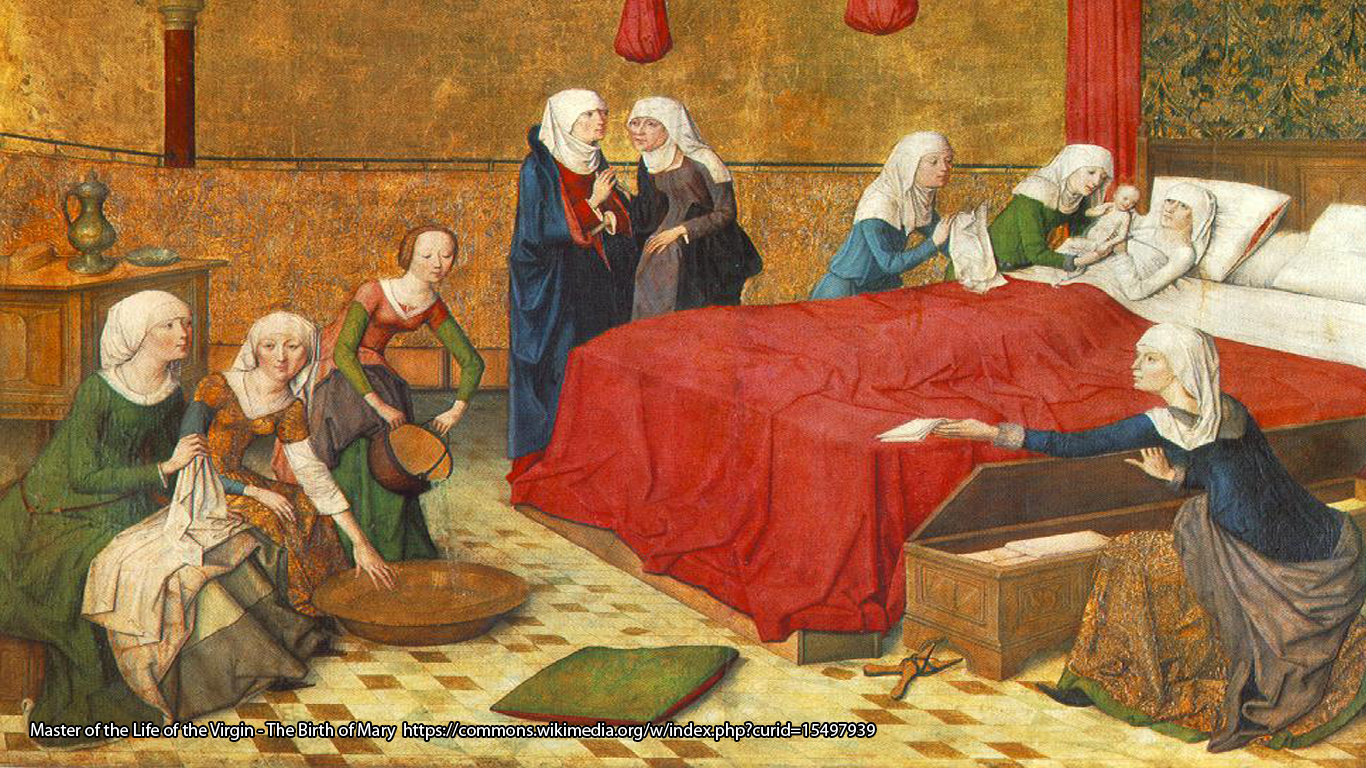 In the great wealth of witch-related lore, the image of the persecuted local midwife is one of the most enduringly popular. Punished for the accidents of nature or daring to transgress the bounds of patriarchal dominance, midwives Europe-wide are frequently cited as high on the list of targets in the infamous witch hunts of the 16th and 17th centuries.

The Malleus Maleficarum, the ultimate witch-hunting manual, spoke out against midwives and their terrible acts. In the guise of delivering children, the midwife-witch was responsible for any number of heinous crimes. They killed infants either before or during birth, often stealing and dismembering the un–baptised child to use to make unguents for their devilish spells. If they didn’t kill the child, the Satan-inspired midwife took it out of the room on the pretext of warming it, only to offer the baby up to the Devil before the kitchen fire. Within the text, confessions are related of midwives being responsible for the deaths of numerous infants, in one case of upwards of forty children. The midwife-witch was a deadly and wide-spread terror across Europe.

It would therefore be assumed that there would be numerous examples of midwives being prosecuted for witchcraft in the historical record. Amongst this plethora of maligned birth professionals, Ursula Kemp from St Osyth, Essex, is one of the most oft related English examples. Unfortunately for the tradition however, although Ursula was known to assist or support women giving birth in the local area, she was in no way a registered midwife, and there is no record of her having worked in that capacity. Despite an instance of Ursula falling out with a woman she was meant to attend, the accusations against her were linked to claims that she had caused lameness in her victims and the death of a child; Ursula was known for cursing those who displeased her, but the fact she was linked to births is only mentioned in passing in the account of her downfall.

Other English cases involving supposed midwives are suspiciously thin on the ground: there is actually only one verified case of a midwife in England being before the courts on accusations connected to witchcraft. On 5th February 1665, the wife of Robert Pile from Newcastle told how her husband had been greatly unwell, ‘having a pain in his head and a faintness in his stomach.’ A local midwife, Mrs. Pepper, was known to be skilled at reading signs in a person’s urine, and so a sample was duly sent to her. From the rest of the ‘evidence’ given, it appears that Mrs. Pepper, after declaring the man to be both possessed and bewitched, resorted to several charms and counter-magical practices in an attempt to help Robert Pile. Amongst the cures tried, holy water was thrown at the sick man, and some was also applied to a hot spot on his hand. A silver crucifix was then pressed to the same spot, before being put in his mouth. This rash reliance on superstitious and decidedly Catholic remedies, however, appears to have left Mrs. Pepper in hot water when the family decided that she was actually to blame for the man’s suffering all along.

It is not known what became of Mrs. Pepper after she was accused, but it is clear from the depositions against her that it was not her role as midwife that lead to her being suspected of witchcraft, but her Popish leanings that raised alarm. Indeed, it was concerns regarding midwives using superstitious practices in their work, rather than the potential for malevolent magic that might lead to a midwife being censured. Thus the idea of the midwife witch, whilst attractive for a whole host of reasons, is, in England at least, unsupported by the evidence available.

What of the rest of Europe? There are sweeping references made to such persecution, it is true, and such statements appear at a first glance promising on the quest to find the witch-midwife. Such references, however, tend to be made in general terms, and when it comes to names or evidence, there is again a surprising dearth of hard information. In Scotland, cited as having the highest execution rate for witchcraft out of the Protestant countries of Europe, it is possible to identify as many as fourteen midwifes who were accused of witchcraft, but, as David Harley points out in his article on the subject, this constitutes one percent or less of the total accused in the country, and this was in turn low in comparison with other groups such as ministers, teachers and craftsmen. Across the rest of Europe, where midwifes do appear in witch trials as the accused, they are in sensational exceptions to the general rule. Walpurga Hausmannin of Dillinger is one of the best examples of such a case; under torture, the German midwife confessed to making a pact with the Devil and murdering 41 infants along with two women whilst they were in labour. She was found guilty, tortured, and burned at the stake. Such instances however are in the minority, though their existence helps perpetuate and lend erroneous weight to the myth.

Where midwives more often enter the narratives of the witch trials is on the side of the accusers and those in authority. Along with being used as witnesses in cases of infanticide, midwives were often called to perform the role of ‘searching’ a suspected witch, examining her body for signs that the accused was guilty. Such evidence could take many forms; teats concealed in an armpit or private parts were evidence of feeding imps or familiar spirits in return for their evil work. A mole or birthmark was likewise proof of a demonic pact made with the Devil. Midwives were trusted and respected members of a community, working to help restore order, rather than disrupt it, and although as time went on it was clear that concern existed regarding their authority, the profession was never persecuted wholesale as witches.

With infant and maternal mortality rates so high during the period in question, the question that should perhaps be asked is why more midwives weren’t before the courts on charges of malefic magic. Some light can be shed on the answer by examining the factors that led to accusations and prosecutions for witchcraft. Perceived sexual immorality, a quarrelsome, loud or “unwomanly” nature, the lack of protection from either a husband or family network and economic instability, along with social, political or religious differences were just some of the factors in common between many accused witches. In most cases, a combination was necessary before formal accusations were made, and, from the available evidence, most midwives did not fit the bill.

So it can be seen that the myth of the midwife-witch is, just that, a myth. Despite this, the idea remains popular to say the least, the image of witch and midwife entwined in legend where they were not in history.

Harley, David, ‘Historians as Demonologists: The Myth of the Midwife-witch, ‘ Social History of Medicine 3, 1990