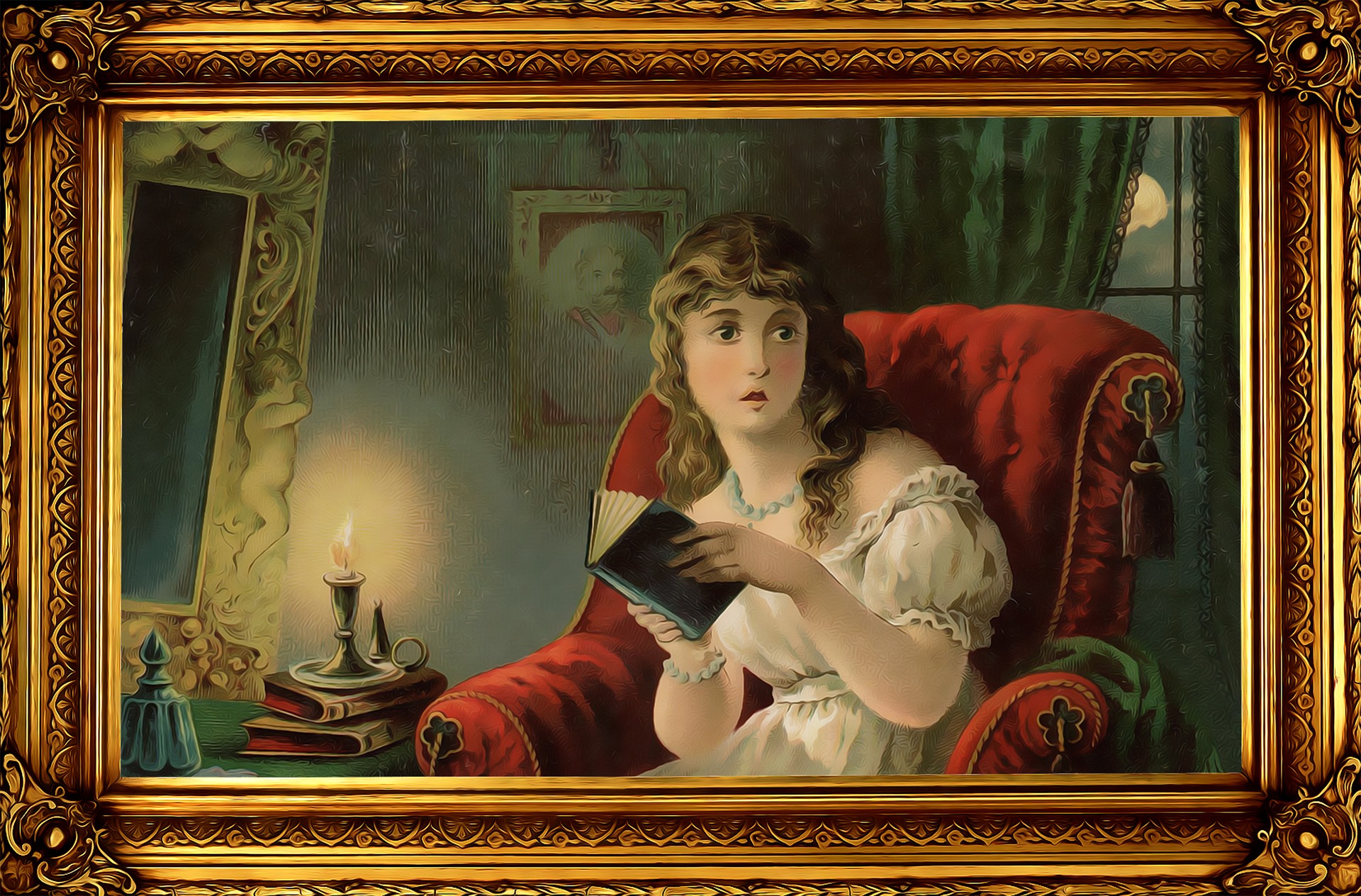 In February 1862 a riot broke out in a Suffolk churchyard over a ghost story. Margaretta Greene, the story’s author, originated an enduring legend of the ghost of a nun, Maude Carew, who haunts the ruins of the Abbey of Bury St Edmunds. But the story of Maude Carew, and the riot she inspired, raises intriguing questions about the origins of folklore and beliefs about the supernatural.

Ghosts are mass entertainment in 21st-century Britain (and beyond), with reports of ghost-sightings regularly featuring in the tabloid newspapers as well as TV shows and even YouTube channels dedicated to ghost-hunting and the paranormal. But it may come as a surprise to some that ghosts have been mass entertainment in Britain for centuries. The huge population movements of the late 18th and early 19th centuries, in particular, concentrated larger communities than ever before in Britain’s cities, where rumours of ghost sightings often drew large and rowdy crowds. When a crowd gathered and no ghost was forthcoming, tempers sometimes flared and there are a number of contemporary newspaper reports of riots initiated by disappointed ghost-hunters.

One such riot occurred on the night of 24 February 1862 in the Suffolk town of Bury St Edmunds, in the Great Churchyard, a sprawling area of burials between the churches of St Mary and St James which also included the massive ruins of the west front of the town’s medieval abbey. In an era before much public lighting, the Great Churchyard was a notorious hotspot for crime – even murder. However, the Bury St Edmunds ghost riot was unusual because it was inspired not by a rumoured ghost-sighting but by a sensational book. The Secret Disclosed: A Legend of St. Edmund’s Abbey, a short novella, had been published in 1861 by Margaretta Greene, the 23 year-old granddaughter of Benjamin Greene, the founder of the town’s famous Greene King Brewery. The Greene family lived in one of the houses built into the ancient abbey’s west front, and in the book Margaretta claimed to have discovered a medieval manuscript hidden in a recess in the wall which told the tragic story of a nun named Maude Carew. 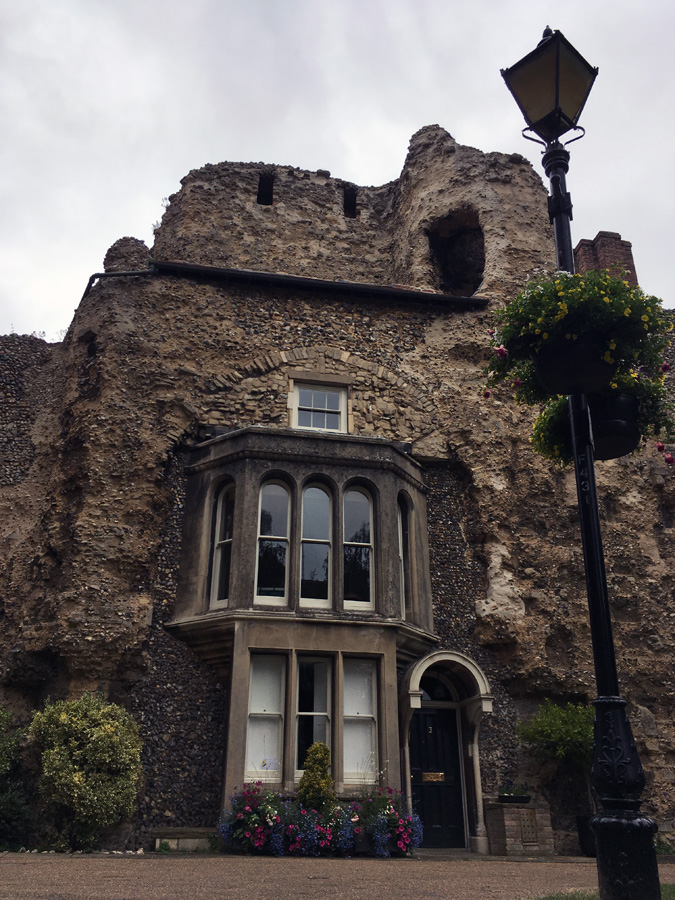 Maude Carew, according to Margaretta Greene, had fallen in love with a monk of St Edmunds Abbey called Roger Drury, and when she heard that the king’s uncle, Humphrey Duke of Gloucester, was proceeding against the monk for sorcery, she was persuaded by the queen, Margaret of Anjou, to assassinate Duke Humphrey with poison, before herself dying from exposure to the toxin. This was fiction, but Margaretta Greene skillfully interwove her narrative with real events. Duke Humphrey did indeed die in Bury St Edmunds in 1447, and in mysterious circumstances. Greene finished off her story by declaring that, at eleven o’clock on the night of 24 February (the day and time of Maude’s death), the ghosts of Maude Carew and Queen Margaret are condemned to walk the abbey ruins and the Great Churchyard.

Although Margaretta Greene’s book was privately printed and intended for circulation only among family and friends, the book soon became very popular with the whole town. Accordingly, on the evening of 24 February 1862 a large crowd gathered, hoping to see the ghosts. When some in the mob claimed to have seen the ghosts, but others disputed their claim, a scuffle ensued; and when Margaretta’s brother unwisely dressed up in a sheet to impersonate a ghost, he was set upon and narrowly escaped without serious injury. It is understandable, perhaps, that Margaretta Greene never wrote another book; she was probably horrified by the disorder occasioned by her writing, and appalled that an ingenious work of fiction had been taken quite so literally.

Nevertheless, when Greene died in 1889 the story she had created about the abbey ruins was still remembered as her foremost achievement. Indeed, to this day people still gather in the Great Churchyard and the abbey ruins on the night of 24 February. Although the details of Greene’s story of Maude Carew have largely been forgotten, the idea that a ‘Grey Lady’ (sometimes named as Maude Carew and sometimes left nameless) haunts the abbey precincts has become a resilient one in the local imagination, and sightings of the Grey Lady of Bury St Edmunds continue to this day. Folklorists have long since recognised the importance of printed sources as origins of local legends, and A Secret Disclosed is a classic case of a story that began as a work of fiction yet became folklore owing to the literal interpretation adopted by its early readers.

The Secret Disclosed was out of print for almost 160 years until earlier this year, when a critical edition of the original text was published, making available once more this notorious ghost story that caused a riot. Yet perhaps the most intriguing question surrounding the book remains unanswered. Margaretta Greene clearly invented Maude Carew, but she invented her and her story for a reason. At the start of the book Greene commented on unexplained phenomena experienced by her and her family in their house built into the west front of the abbey. Did the Grey Lady of Bury St Edmunds pre-date The Secret Disclosed, and did Margaretta Greene simply give the Grey Lady a name and a supporting narrative? Did the story emerge from local folklore, as well as spawning it? Were there pre-existing traditions of ghosts in Bury’s abbey ruins? We may never know.

Margaretta James unwittingly caused a riot with a cleverly constructed ghost story that mingled just enough historical fact with fiction to pique considerable popular interest in her ‘ghosts’. The Bury St Edmunds ghost riot of 1862 raises intriguing questions about the relationships between fact and fiction, between print and folklore, and between a genteel culture of literary ghost stories and a popular tradition of seeking direct experience of the supernatural. 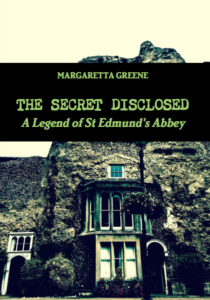 Do check out The Secret Disclosed by Margaretta Greene,

In 1860, 23 year-old Margaretta Greene was inspired by unexplained phenomena in her family home (which was built into the ruins of the Abbey of Bury St Edmunds) to write a historical novella which gave a narrative to Bury St Edmunds’ best-known ghost, the infamous ‘Grey Lady’ who haunts the ruins of St Edmunds Abbey. Greene told the story of Maude Carew, a nun whose desperate love for a monk of St Edmunds Abbey leads her to conspire with Queen Margaret of Anjou and murder King Henry VI’s uncle, Humphrey Duke of Gloucester. The novella proved so sensational in Victorian Bury that it even provoked a riot, but until now it has never been republished and has remained a scarce and elusive work. This edition reprints the original text of Greene’s novella along with an extensive introduction by historian Francis Young. Fully referenced with an index and bibliography, this is an authoritative study of Greene’s novella as well as an edition of the text.