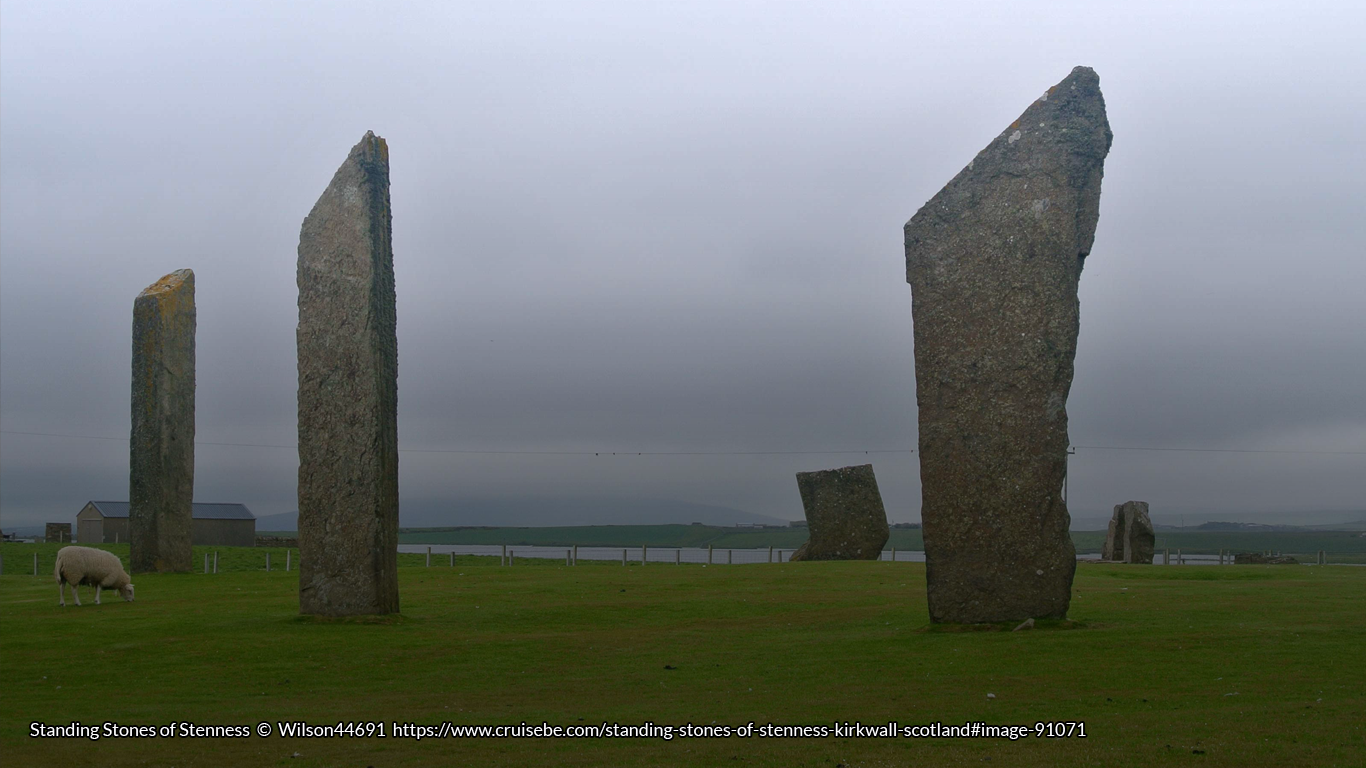 William Leask was born in Kirkwall in 1812 and in 1834 moved to Edinburgh, eventually becoming a minister in the Home Counties.[1] His autobiography “Struggles for Life or the Autobiography of a Dissenting Minister” was published in 1854, but it has featured little in Orkney histories, despite a fascinating first chapter on early nineteenth-century Kirkwall.  There are two principal reasons for the book’s slight impact in Leask’s home islands: first, Struggles was brought out anonymously;[2] and, second, Leask replaced all proper names with names of his own invention, so, for example, Kirkwall becomes ‘Churchbank’, while the word ‘Orkney’ never appears.[3] In this short note, I wish to bring attention to Leask’s valuable descriptions of supernatural beliefs on Orkney in the early 1800s and particularly the insights he offers into trow- and changeling-lore.

Leask begins his discussion of the supernatural on Orkney with an irritated polemic (as might be expected from a dissenting minister) about the influence of the ‘old mythology’ there.

Churchbank, and the country of which it is the chief town, were at that time [Leask’s birth and childhood] overrun with superstition… The old mythology, with its invariable concomitants, gross ignorance and gross immorality, exercised a far more potent influence over the so-called Christian people than the Gospel, with its light and virtue… Three fourths of the population were unquestioning believers in witchcraft, not merely as an historical mystery, but as an existing power dwelling among them – crossing their path, blighting their fields, wounding their cattle, wrecking their fishing boats, thwarting their purposes, and crazing their offspring! Unlucky days were more numerous than saints’ days in the Romish calendar. Black cats standing in the road, leaping a wall, running as if pursued, or, in fact, in any other possible or impossible feline position or act, were specially to be avoided by the spectator as ominous of some undescribed evil, which, from the utter impossibility of guessing what it might be, filled the mind with gloomy forebodings. Whether those cats which had the good fortune to wear sable livery understood their power, and entered into a conservative league to preserve their profitable monopoly, I shall not say; but it is certain the colour paid well. The man or woman who occasionally had the hardihood to refuse a slice of his or her best to any puss in ebony that might choose to look in about dinner time was considered an infidel person, doomed to some dread catastrophe. Of course, every kitten of the privileged colour was exempt from the terrors of the hydropathic cure; and, of course black cats were a well-fed public nuisance. But I need not lengthen the catalogue of their immunities.[4]

Suspicions involving black cats are, of course, well established throughout Britain, and, indeed, Europe. But I can find no trace elsewhere of the notion that black cats must be fed by any humans they happen to meet.[5]

The most interesting supernatural material in the chapter concerns ‘trows’. Note that Leask used the term ‘fairies’ in his autobiography, but this was clearly in line with his policy of removing all geographically distinguishing references from his writing. ‘Fairies’ and ‘trows’ were, in any case, frequently used as synonyms in writings about Orkney and Shetland.[6]

Quarryton was a dreary, desolate-looking place, about two miles from Churchbank, and about one-third of a mile from the sea shore. It was covered with heath and stunted thorns; and a curious cave, which had been discovered in the centre of the heath some years before, was popularly believed to be the dwelling-place of a thriving population of little creatures called fairies. The habits [39] and customs of these mysterious beings formed the subject of many an incoherent fireside story on winter evenings in the neighbourhood. It seems they excelled in certain kinds of minute gymnastic exercises, such as leaping, vaulting and dancing. They were mischievously clever at throwing small stones, casting dust in the eyes of travellers, and similar pranks; and, what is not a little curious, they were immoderately fond of running away with snuff-boxes from the hands or pockets of persons who indulged in that dusty luxury.[7]

Quarryton is another of Leask’s invented names. I suspect that it is Quanterness, in which case the ‘curious cave’ would be a prehistoric tomb; a ‘Pict House’ was discovered there in the very early nineteenth century.[8] We have, in any case, a recently uncovered cave or perhaps a man-made mound with thorn trees around about: thorn trees were frequently, in the Gaelic world, associated with fairies, though I know of no evidence of that kind from the old Norse world.[9] If I am correct about Quanterness, then it is worth remembering that prehistoric mounds were also frequently visited by trows, and elsewhere in Britain by fairies.[10] The trows’ mischievousness, meanwhile, is absolutely normal for western Europe’s fairy populations. Surprisingly trows were sometimes reputed to be fond of snuff![11]

Interestingly the young Leask, who suffered from a pronounced case of encephalitis, was, at least in the mind of one Kirkwaller, intimately connected with the trows.

‘No’, said Zybil Moss, an elderly lady, whose perpendicular and circumference were three feet ten inches each – and who for the past quarter of a century had been suspected of the habit of promenading the hills and glades in grey cloak and hood, for certain mysterious purposes, when righteous persons were softly slumbering in bed – ‘no, [the reason for the baby’s poor health is] the Quarryton fairies.’

‘The fairies! Say ye so?’ eagerly inquired Mother Bot, a personage who always pretended to reject Zybil’s doctrines as worthless heresy, but who was, nevertheless, charged by knowing gossips with being an accomplice of the mysterious Zybil. ‘The fairies, – the Quarryton fairies, – say ye, Miss Moss? Nay, nay, the bairn’s safe enough frae them. This is one o’ yere tricks – fie!’

‘Ye know a great deal, Miss Moss; some say more than ye ought, but –’

‘Whoorp!’ interrupted Zybil – a sound and pronunciation  which it is impossible to describe on paper, but which had the effect of instantly silencing and dispersing even the most garrulous group of idle dames that might gather around her. After that positively alarming utterance, which I have often heard with dismay in my youthful days, no one ventured to continue the conversation. And many persons affirmed that as soon as it escaped her lips, or throat, or whatever other organ she employed to give birth to it, a curious rustling sound was heard, as if a flock of bats had suddenly whirled around the heads of the party.[12]

There is, of course, a tradition in western Europe of young children with medical issues being declared changelings, that is imperfect seconds, placed in a crib by fairies, trow, trolls or other supernatural agents who steal the ‘real’ baby.[13] Long into the nineteenth century there were cases where local cunning man tried to rescue the real baby from those who had stolen it in Scotland, Wales, Cornwall and, above all, Ireland.[14] Zybil is placing herself here in this role. Some time later a Mrs Goring relays to Leask’s mother the conditions for a cure.

‘That wise woman, Zybil Moss, called on me to say, that she had discovered the cause of this poor child’s illness. It seems the fairies of Quarryton took a fancy to your infant, and managed to elope with it, leaving this afflicted one in its stead, which originally belonged to –’

‘Zybil is silent on that point, but she is prepared to arrange the matter with the fairies, on condition –’

‘Not exactly that, but something far more ridiculous, from which, however, she hopes to reap substantial benefit. Shall I tell you what it is?’… ‘She proposes that on three successive Friday nights, as the town-clock strikes twelve, you lay at the root of the bloody thorn at the mouth of Quarryton Cave, a parcel of tea, sugar, and snuff, and a bottle of spirits, saying at the same time, ‘Lal, tal hal, bam, bat, rip, ro, bat’. You must be alone at the time and you must not, on any account look behind you as you return.’[15]

Some of this is curious. Why is the thorn ‘bloody’? Where does the incantation come from? But perhaps most exceptional is the idea that the changeling ‘originally belonged’ to someone else. Unless this is a generic reference to the trows I cannot situate this within the European changeling tradition. Possibly Leask is retelling a family story, which he himself had not grasped properly?[16]

As it happens all ends well. A coalition of villagers work together against Zybil Moss. A pit is dug at the thorn and the payment of tea, sugar, snuff and spirits is placed on top of it. Zybil Moss arrives at the cave after nightfall, gives a cry so that a black cat emerges from the cave and then falls into the trap as she tried to take the trows’ bounty and becomes a laughing stock among the folk of Kirkwall.[17] Zybil  is an interesting case study of the wise woman, so well attested from Britain and Ireland in the same period: half mystic, half swindler.[18] Note too that the strategy of asking for foodstuffs for the fairies rather than money is often found in Ireland in the same period.[19]

[3] Anon, Struggles for Life or the Autobiography of a Dissenting Minister (Philadelphia: Lindsay & Blakiston, 1854), viii: ‘With one or two exceptions, the names of the places and, without exception, the names of the persons, mentioned in the book are fictitious’.

[8] George Barry, History of the Orkney Islands (London: Longman, Hurst, 1805), 98-9 where Barry describes the tomb as being ‘lately’ discovered.