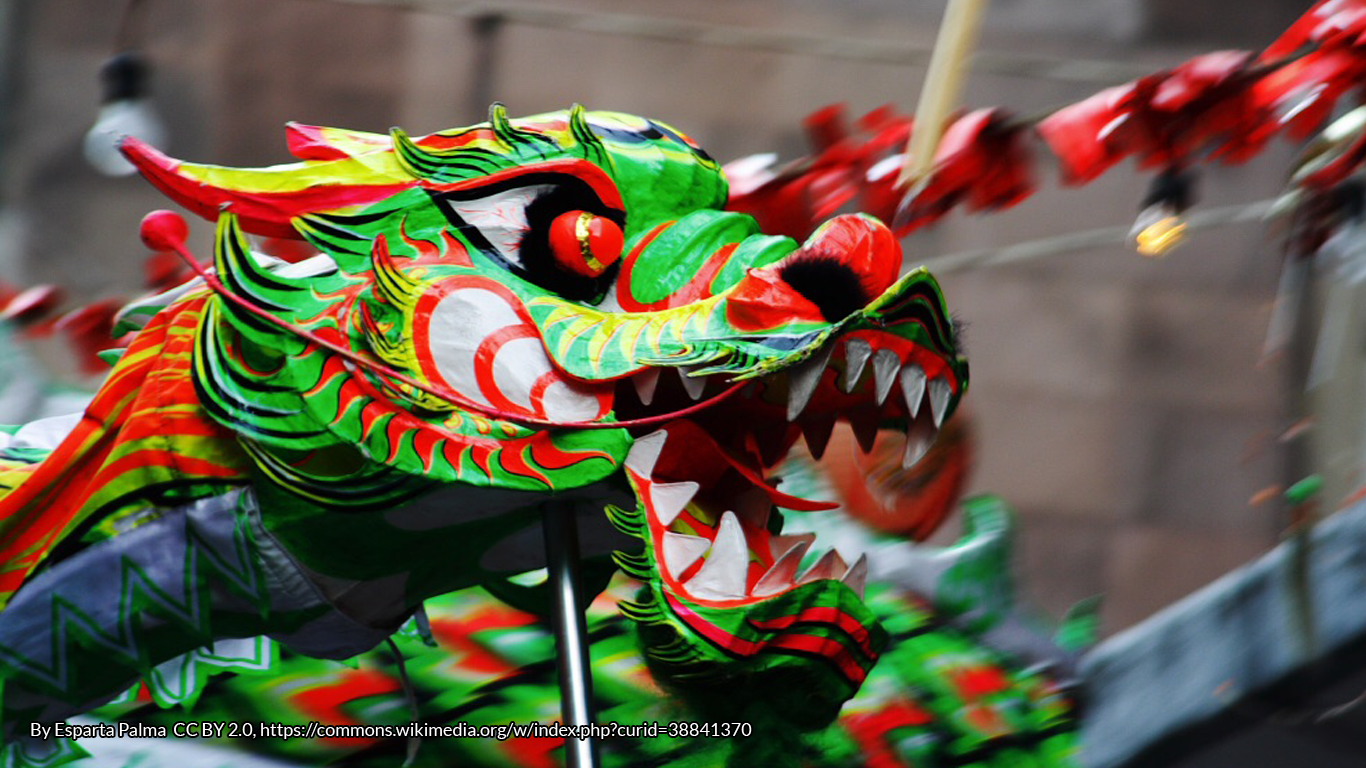 When I am typing this paragraph down, the shops close to where I live are starting to play the familiar Chinese New Year songs, replete with lion dances and children in colourful new clothes… in the middle of December!  Considering that Chinese New Year holidays fall on the 28th and 29th of January 2017, I am not surprised that preparations are starting early. In fact, my mom has reminded me to “buy New Year clothing”. We are going to celebrate the Spring Festival once more. It is Spring in Southeast Asia!

Here are a couple of folklore and stories associated with Chinese New Year. I have grown up with these stories as they are part of tradition and culture.

Chinese New Year (or Lunar New Year) is celebrated by the Chinese diaspora across the globe. Festivities take about fifteen days and end on Yuan Xiao or Lantern Festival on the fifteenth day, when the moon is full. It is a major holiday for the Chinese with the focus on family reunion, new clothing and new things, feasting and prosperity.  In some countries with a significant Chinese population, celebrations are loud and festive with lion and dragon dances to bring in good luck. People would embark on spring cleaning sprees to clear away bad luck, decorate their houses with fresh flowers and buy delicious goodies so that they could also welcome guests visiting them during the fifteen days of the New Year. For parents and married couples, Chinese New Year can be quite stressful, as they are expected to give red packets (ang paos or hong baos) filled with money to children and unmarried relatives or friends!

As a child, I always greeted the coming of Chinese New Year with gleeful anticipation. Even as an adult, I love the idea of having the reunion dinner with loved ones and meeting up with relatives whom I see once or twice a year. I love visiting the nurseries to buy fresh flowers and pussy willows. Chinatown would be bustling with throngs of tourists and patrons buying decorations and sampling the sweetmeats. In the early days of Singapore, firecrackers would be let off, the loud noise at once festive and to scare away the evil Nian.

Now, who was/is the Nian? This folklore is a Chinese New Year origin myth that I grew up listening to my parents’ stories. There is an creature called the Nian (which coincidentally sounds like “year” in Mandarin Chinese) who gobbles up villagers, including innocent children. The villagers decide to flee from the rapacious beast. However, a strange old man tells the villagers that he would stay and take revenge on the Nian. The villagers all think he is mad. The old man pastes red paper everywhere and lets off firecrackers. Frightened by the sound of firecrackers and the sight of red, the Nian flees instead. The villagers return back to find that their homes are still intact. The old man was a deity sent to save them. When the new year is about to arrive, the villagers all wear red and paste red paper on their windows and doors. They also light firecrackers. The Nian dares not step foot in the village anymore. The Nian eventually gets captured by a Taoist monk who uses it as his steed.

Of course, there are stories and folklore linked to the end of the Chinese New Year celebrations too. Chap Goh Meh is the Hokkien name for the fifteenth day of the Chinese New Year. Diasporic Hokkien Chinese will celebrate this too with elaborate food offerings on the family altar. The fifteenth day also coincides with the day when young eligible women were allowed to leave their homes, escorted by their servants and ferocious aunties. Young men would admire them, hopefully, from afar. These young girls would throw oranges into the sea with the hope that they could wed good husbands. If you visit Penang, Malaysia around this time, you might get to see such celebrations. The fifteenth day is also called Yuan Xiao or the Lantern Festival where beautiful lanterns are lit. Families gather to eat tang yuan or glutinous rice balls symbolising family reunion and togetherness.

Since I am Hokkien (dialect is determined by dad’s side of the family), the Hokkien New Year is celebrated on the ninth day of the Chinese New Year. There is a reason behind this and it is also folklore for us.  The story goes that the Hokkiens were hiding from either bandits or clan war for the first eight days of the New Year. My dad says that they were hiding in sugar cane plantations. On the ninth day, the day of the Jade Emperor’s birthday, the Hokkiens emerged from their hiding place. Thee Kong (or king of heavens) protected the Hokkiens from being caught. That is also why the sugar cane is important to us. On the ninth day, you will see women buying stalks of sugar cane so that they could then be placed next to the altar (and are then burned).

Chinese New Year is fascinating, because you get to see how the different dialect groups celebrate this significant holiday as well as how diverse the traditions are, pertaining to each group. Likewise, the prerequisite yu sheng (a Teochew tossed raw fish salad) or lo hei (tossing for prosperity) is only particular to Singapore, Malaysia and Indonesia. Lo hei is traditionally celebrated on the seventh day of the Chinese New Year known as ren re/ri (literally “everybody’s birthday”: you grow a year older on that day!). Lo hei sets with carefully prepared condiments and sliced raw fish are now commercially available throughout the entire fifteen days and families could have many lo hei sessions with one another or friends. You can also celebrate lo hei at your workplace.

Most of all, the Chinese love word puns. As you have read in the essay, many words sound phonetically the same, thus making word play fun and meaningful. Even fruits and vegetables are lucky. Pineapples, fish and even a humble hair-like moss are eaten for prosperity and luck. Fa cai looks like a mass of black hair and tastes slippery smooth in the mouth. Yet it is placed on family altars and cooked in savoury stews during the festivities, because the phonetic words sound like “striking it rich” in Mandarin Chinese and Cantonese (fatt choy). Indeed, the Chinese’s fascination (or I dare say “obsession”) with good luck has even seeped into language and linguistics!