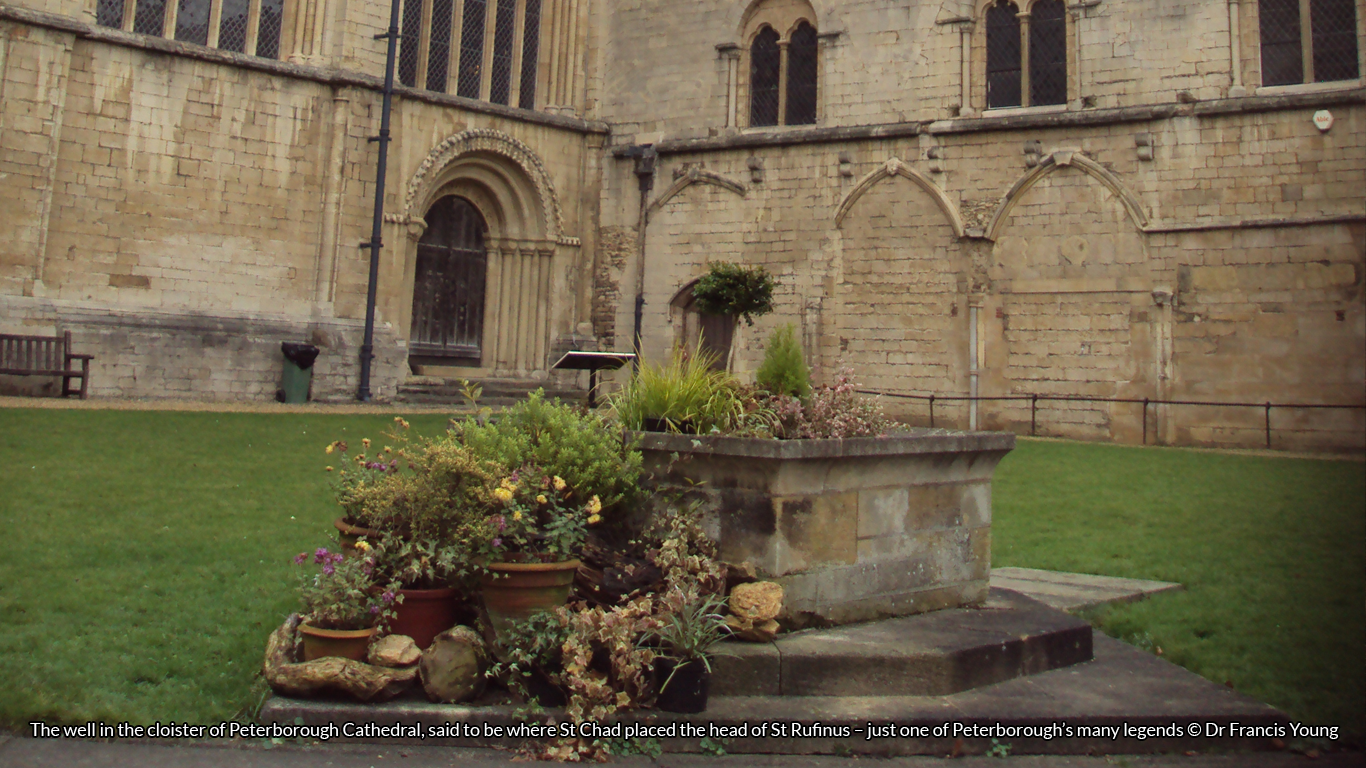 Peterborough: Folklore from a Neglected Corner of England

The city of Peterborough in the east of England and its surrounding region is one of the few English areas that has not previously benefitted from a thorough study of its folklore. This post suggests some reasons why Peterborough might have been overlooked, discusses the process and challenges of writing regional folklore, and gives some examples of important folklore from the region.

Search in a library for books about the folklore of any English region or county, and you are likely to find a handsome (albeit unreliable) Victorian or Edwardian tome on the subject. Failing that, the folklore of the area is likely to be covered by a Batsford guide from the 1970s. It is unusual to discover a geographical area in England whose folklore has received little attention, so when I discovered that Peterborough’s folklore had so far been neglected I was unable to resist the opportunity to furnish the region with a dedicated study.

Peterborough is a city of around 184,000 people 86 miles north of London, but it is also a region of over 130 square miles. Traditionally, the Soke of Peterborough (a boat-shaped tract of land between the River Welland to the north and the River Nene to the south) was considered part of Northamptonshire, but it is often excluded from (or given short shrift in) accounts of Northamptonshire folklore because the Soke was considered a place apart, cut off from the rest of the county by the great Forest of Rockingham. In 1889 the Soke finally became a county in its own right, but it was absorbed by Huntingdonshire in 1965 and then by Cambridgeshire (of which it remains part) in 1974. The Cambridgeshire Fens, which shade into the Peterborough region, are renowned for their rich and frightening folklore, but folklorists of Cambridgeshire have often ignored Peterborough. In this respect, the region has been a victim of the frequent local government boundary changes of the twentieth century, always ending up as neither one place nor another.

Ironically (given its subsequent neglect) the Peterborough region witnessed the first systematic collecting of local folklore in English history. The poet John Clare (1793–1864), who was born at Helpston in the Soke of Peterborough, began collecting the folklore of his native village in the 1820s, twenty-five years before the word ‘folklore’ was even coined. Others, such as John Aubrey, had collected folklore in a haphazard fashion long before, but Clare was the first in England to focus on the customs and lore of one place. Clare then incorporated much local lore into his poetry. That poetry is now studied by scholars of English literature the world over, but few of them are interested in the specifically regional context of the folklore Clare records.

My interest in Peterborough was triggered by discovering a collection of handwritten notes and newspaper cuttings in Cambridge University Library that once belonged to Charles Dack, an honorary curator of Peterborough Museum in the late nineteenth and early twentieth centuries. I was aware that Dack had published one short pamphlet on Peterborough weather lore, as well as a single article on Peterborough customs, but this volume turned out to be a treasure trove of unpublished notes and obscure articles that Dack and others had written for local newspapers on folklore-related themes. Dack seems to have gathered this information from people who visited the museum, often to show or give him objects of significance.

Peterborough is especially important when it comes to the study of English folk drama, since no fewer than four versions of a local mummers’ play survive from different places in the locality (Helpston, Peterborough, Yaxley and Milton). This gives an almost unique opportunity to study the variations in the traditional drama in adjacent villages. The full accounts of the plays and their scripts have never been published before, but are included as an appendix in my book Peterborough Folklore. The Peterborough area can also claim two important ‘firsts’ in recorded folklore. In 1127 the Peterborough Chronicle recorded an incident that has long been identified as the earliest example of the ‘Wild Hunt’, a recurring theme in European folklore in which a divine or semi-divine figure leads a frightening troop hunting the souls of the dead. The sighting of the Wild Hunt in the woods around Peterborough took place after the appointment of a particularly corrupt Norman abbot, Henry de Angeli, to run the monastery:

Soon thereafter many men saw and heard many hunters hunting. The hunters were black and large and hideous and their hounds all black and broad-eyed and hideous, and they rode on black horses and on black bucks. This was seen in the park itself in the town of Burgh and in all the woods that stretched from the same town to Stamford, and the monks heard the horns blowing that they blew in the night. Trustworthy men, who noticed them at night, said from the way it seemed to them that there were probably about twenty or thirty horn-blowers. This was seen and heard from the time [Henry de Angeli] arrived there all spring up to Easter.

The Peterborough Chronicle’s account of the Wild Hunt is very well known to folklorists, but no-one seems to have taken the trouble to locate this story within its specifically local context, looking at other stories about the same woods between Peterborough and Stamford. Peterborough’s other ‘first’ is England’s earliest account of the near-universal folk magical practice of using an effigy of a person to cause harm to them. In 948 an unnamed woman and her son from Ailsworth, a village a few miles west of Peterborough, stuck iron pins into an effigy of their landlord, Ælfsige. The woman was drowned from London Bridge (perhaps the earliest English example of ‘swimming’ a witch) and her son escaped and became an outlaw. 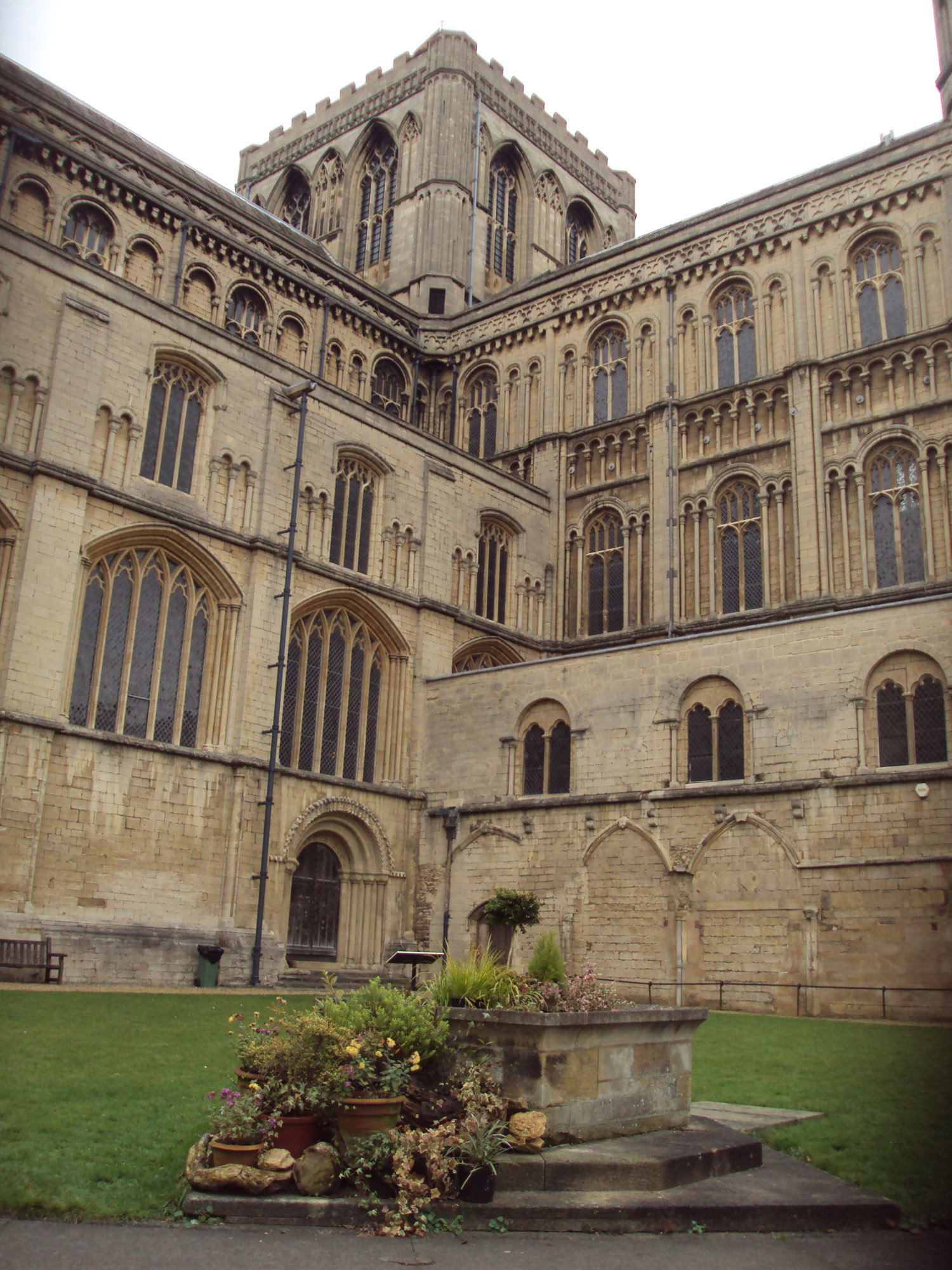 Since 1968 Peterborough has grown rapidly from a small town with a rural hinterland to one of the largest cities in eastern England. The city’s once rural surroundings are now largely built-up areas, some of them recent developments on top of brick works that themselves ripped up an earlier landscape. Against this background of radical change, the city’s inhabitants might be expected to take no interest in folklore, but this summer I have been involved in a project with a local theatre company whose aim was to spark the creation of new folktales in one of Peterborough’s newest communities. The folklore of a place or region can never be truly ‘recorded’, because folklore is a living, evolving reality that belongs not to folklorists but to the people themselves. Folklorists should never doubt that the appeal of folklore is enduring for all people – even in the most urban areas that seem the most cut off from the land. In England – and perhaps everywhere – every place was enchanted once.

The Peterborough region was the first place in England where anything like systematic recording of folklore took place, as early as the 1820s, but boundary changes meant the area was subsequently neglected by folklorists. Peterborough’s folklore is especially rich, producing the earliest account of the Wild Hunt in Europe and the first instance of effigy magic in England, as well as an exceptional collection of mummers’ plays. Now, at last the folklore of this forgotten English region will be accessible to both folklorists and local people, to continue to weave stories and develop traditions of their own.

Do check out Francis’ books!