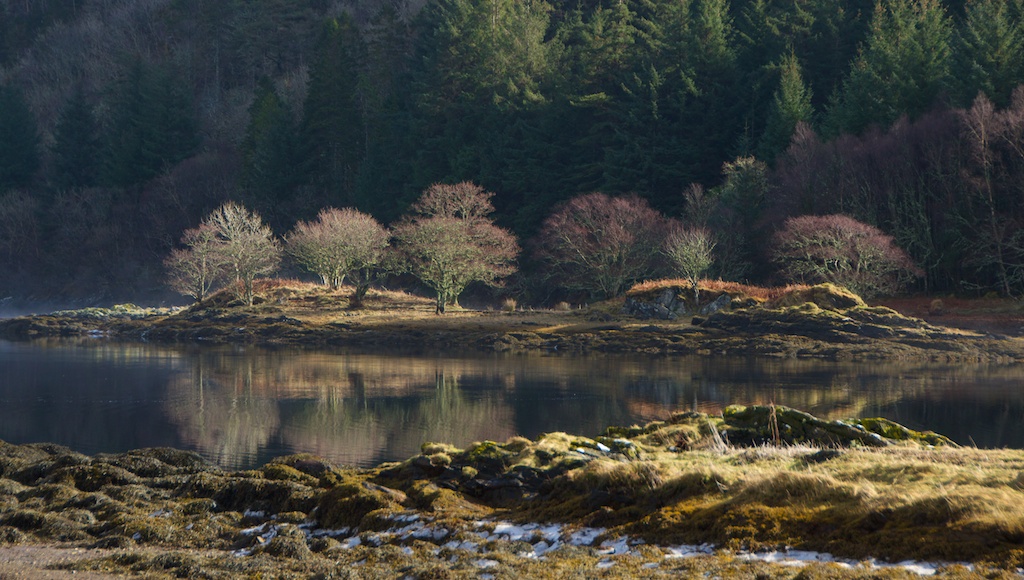 Every species of tree has its distinctive features and shape – an expression, if you like, of its own energy.   The birch has a particularly graceful, flowing habit that always reminds me of a stream of water, extending right to the tips of its delicate black twigs in a shower of leafy droplets that tremble, suspended, in their fall.

To me, birch is an essentially feminine presence within a woodland.   Pliant, expressive and graceful, she lends beauty without grandeur, whispering and bending with the wind, softening the hard edges of a landscape with gentle brushstrokes that blur the boundaries between earth and sky.

In Britain, the two main species of birch are Betula pendula (silver birch) and Betula pubescens (downy birch).   They have been here since the end of the last Ice Age, quickly moving into newly-exposed areas and colonising them with their wind-blown seeds.  The two species are often found together, along with a third, Betula nana or the dwarf birch, in the Scottish Highlands.

‘Beith’ or birch is the first symbol of the Ogham alphabet, representing the letter ‘B’, and ancient birch woodlands are immortalised in many Gaelic place names:  examples include Glen an Beithe, Allt Beithe, and Beith in Ayrshire;  the old name of ‘birk’ also appears in many parts of Scotland and England.  It’s interesting to note that a fungus known as witches’ broom (Taphrina betulina) grows on birch trees, causing dense clusters of short twigs that look like untidy birds’ nests.  Having stimulated this sudden growth, the fungus then feeds on the new shoots without inflicting too much harm on the tree itself.

Traditionally, birch is said to be full of the light of the warrior-god Lugh, and the old belief in its power to drive out evil is strong and persistent:  even in Victorian times, naughty schoolchildren would find themselves on the wrong end of a birch switch;  and ceremonies of ‘beating the bounds’, many of which have survived into the present day, involved the ritual tapping of local boundaries with staffs of birch or willow.  Cradles made from birch were believed to protect new-born babies from malicious spirits, and in the folklore of the Highlands, it was said that a pregnant cow herded with a birch stick would bear a healthy calf;  and if the animal was barren, she would become fertile.

In Norse mythology, the birch was sacred to the goddesses Frigg and Freya, who are believed by some scholars to share the same origin;  and in Welsh legend, the tree was linked with Blodeuwedd, the wife of Lleu Llaw Gyffes – interestingly, the Welsh equivalent of Lugh.   The Irish warrior Diarmuid and his lover, Grainne, slept on beds of birch twigs when they fled from the wrath of Fionn mac Cumhaill, to whom Grainne had been promised in marriage.

“The birch has always been associated with the spirits of the dead and with those that mourn, for, in sympathy with the sorrowing, ‘weeps the birch of silver bark with long dishevell’d hair’.”

Trees and How They Grow by G Clarke Nuttall, 1913.

Birch can mark the threshold between this world and the next:  in The Wife of Usher’s Well, an old ballad which appears in Scott’s Minstrelsy of the Scottish Border, a mother grieves for the loss of her three sons whom she had sent “o’er the sea” – perhaps to find their fortune in war.  Superstition decreed that the dead should not be mourned for more than a year and a day, or else their restless spirits might return to haunt the living;  but the woman took no heed of this advice, and in the depths of winter the ghosts of her sons appeared, wearing hats of birch to protect them from the physical world which they had left behind:

“It fell about the Martinmas,

When nights are lang and mirk,

And their hats were o’ the birk.

It neither grew in syke nor ditch,

Nor yet in ony sheugh;

But at the gates o’ Paradise

Birch wood is traditionally turned into small objects such as toys, tools, handles and bobbins, and the use of its bark as a water-resistant ‘paper’ goes back to ancient times.  For the same reason, birch was also the wood of choice for building canoes.  Birch tar played an important part in tanning and book binding, and in herbal medicine an infusion of birch leaves was used as an antiseptic.

“…before their new leaves appear in spring the twigs and buds exhibit a characteristic reddish-purple colour, which is especially apparent after rain.”

In the landscape, birch woodlands have a gentle presence that provides shelter for a whole wealth of wildlife, from roe deer to siskins.  Birches rarely grow to an impressive height or girth, but in the soft, moist air of the west coast they are often festooned with silvery lichen, giving them an air of wisdom like a bearded sage.   They are among the most resilient of trees, bending with the strongest of gales and flexing – but rarely breaking – with the weight of freshly fallen snow.  They have a special beauty in autumn, when each fluttering leaf turns into a pennant of brilliant yellow. 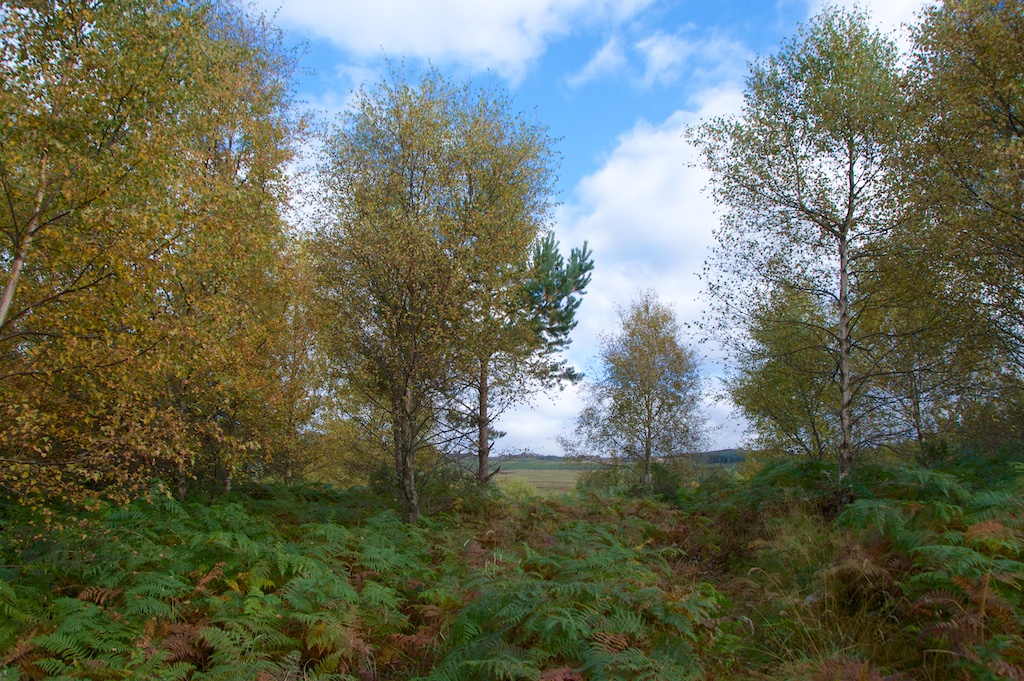 Tree Wisdom – the Definitive Guidebook to the Myth, Folklore and Healing Power of Trees by Jacqueline Memory Paterson.

Trees and How They Grow by G Clarke Nuttall.