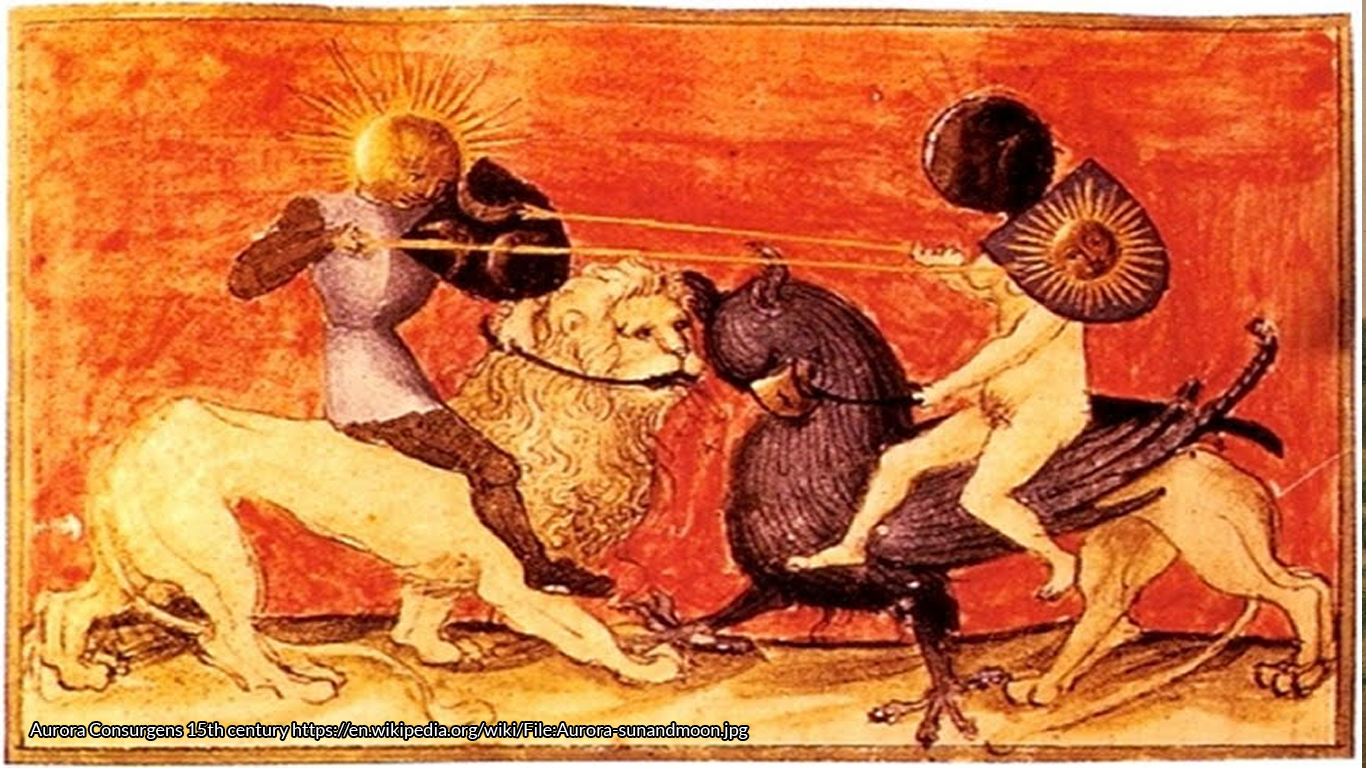 Archaic Living Religion: Mythology’s Residence in the Dark Hinterland of the Collective Psyche

Quoting Jung, the founder of Analytic Psychology: ‘The collective unconscious… appears to consist of mythological motifs, or primordial images for which reason the myths of all nations are its real exponents’. This piece aims to present the inter-connection between folk tales and myths, and psychology. I then show how this connection is used in psychotherapy and helps towards personal development. First of all, though, I will briefly talk about what makes folk tales and mythology fascinating to humans. Then I will introduce Carl Gustav Jung and his works by describing the importance of folk tales and mythology to his work.

Mythological tales and folklore have fascinated humans since time immemorial. The reason for this is that human beings have a deep need to understand where our cultural heritage comes from; psychological and socio-cultural factors found in myths and folklore tales are described and explained, which helps us to understand our socio-cultural practices.  For example, where do traditions such as Christmas decorations come from, or why do we celebrate love and birth through weddings and Christening in the way that we do? Folk and mythological tales have and are still used in a ‘hidden’ way to challenge social injustices such as the impact of patriarchal beliefs on women and their rights. They also help us understand how the countries we live in influence, as they always have, some of these beliefs. 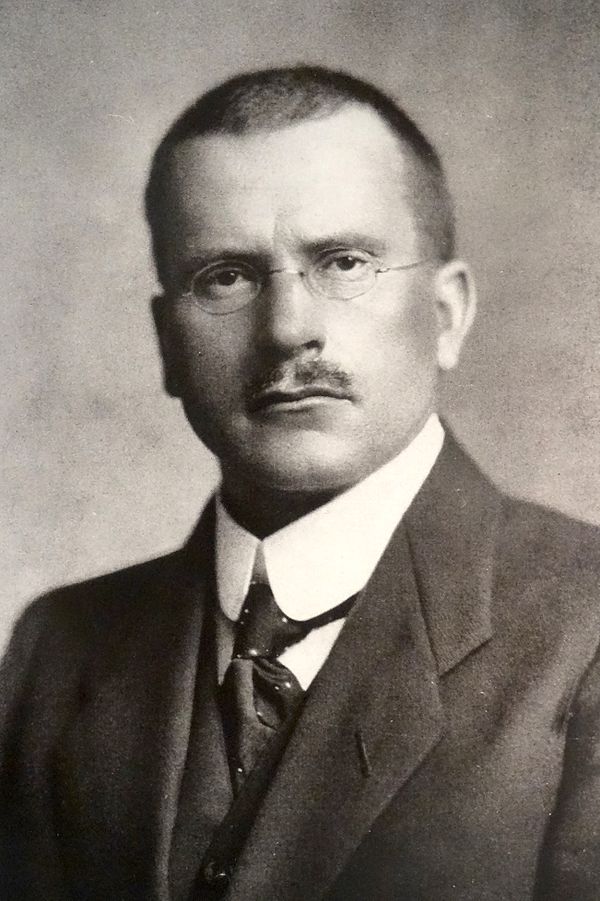 Carl Gustav Jung (1875-1961), was a Swiss psychologist and psychiatrist and a former student of Freud’s.  While starting out as a psychiatrist and psychotherapist, Jung noticed in himself and his patients what he identified as the reality of the human ‘conscious mind’ — the ‘reality of the psyche’ as Jung called it. This ‘reality of the psyche’ made its presence known to every human being through the use of symbols. This discovery of his led Jung to explore the meaning of symbols for humans. What he found was that they were very important to our sense of identity.

What is meant by the word ‘symbol’?  The answer to this question might seem ‘obvious’ — that it means the same thing as a sign.  Even though Jung believed that human beings need both signs and symbols, he thought there was a difference. A sign is an evidence of meaning; something that is known. For example, language is a group of signs, not a group of symbols. A symbol represents something that is unknown, an enigma.  Astrological birth signs are portrayed by specific symbols, as are also Jungian archetypes.  A symbol stands for living — more specifically, a personal and unique kind of living. A symbol has a powerful personal strength that is very attractive to a person.

Through his investigation into symbols, Jung developed a radical theory of the unconscious that included the notion of archetypes. Jung believed all humans have two kinds of unconscious — he did believe in a ‘personal unconscious’ that all people have and that is found in our dreams, with a meaning being very specific and individual. However, Jung’s psychological work led him to identify another kind of unconscious held by all humans. Namely, the ‘collective unconscious’. According to Jung, every person shares a ‘universal unconscious’ that persists throughout generations. The ‘collective unconscious’, Jung went on to say, is made up of archetypes that a person becomes aware of as involuntary manifestations of unconscious knowledge that refer to the prehistoric world of humans.  Jung added that these archetypes intrude on our psyche — the conscious mind, impulsively. These archetypes describe how the human psyche experiences the world in which we live.

When looking into the notion of archetypes more deeply, Jung identified four archetypes he felt were fundamental to the psychological make-up of all individuals. These were the ‘mother’ archetype and the ‘trickster’ archetype. The other two were the archetype of ‘rebirth’ and the archetype of the ‘spirit’. Even though, as mentioned above, he found these symbols to be very important to humans, believing that they influenced our ‘conscious’ behaviours, Jung added that their meaning was of a ‘hidden’ nature. It seems then, that Jung considered the exploration of man’s symbols to be equal to looking into the relationship between man and his unconscious. Therefore, the language of the unconscious is made up of archetypes and symbols which it presents via dreams.

As did a number of German thinkers during the 18th century, a German man of the church, Johann G. von Herder, identified in ancient myths and folk tales attempts to gain a deeper understanding of the puzzling essence of the human condition. Herder thought this mysterious centre was found buried deep below consciousness, in the human psyche.  In agreement, Jung’s increased exploration into archetypal elements led him to find these archetypes in mythological tales. Jung also noticed these archetypal patterns in folk tales and rituals performed during the earliest days of human kind. Jung was particularly interested in ancient Greek myths in which he identified archetypes such as the ‘child’ archetype, the ‘hero’ archetype, and the ‘mother’ archetype, among others. Some of Jung’s archetypes included animal symbolism — the ‘lion’ and the ‘cow’. Other archetypes included the ‘tree’ and ‘water’. From then on, much more of Jung’s work involved the study of Greek mythological archetypes which he used in his work as a psychologist.  This involved the identification and deep interpretation of/analysis into his patient’s psyche for the presence and meaning of symbols for each of his patients. However, Jung stated that because archetypes present themselves in metaphors, interpretations of archetypes can only be approximate and not definitive ones.  Due to the depth to which his work with patients went to, Jung called his therapy ‘depth psychology’ — more generally known as psychoanalysis.

Thinking a bit more about the link between Jung’s ideas and personal development, it appears that he felt it was only by a meeting between an individual’s conscious and their unconscious, that we obtain peace, become whole and experience happiness. It also seems as though our conscious and unconscious need to respect one another and achieve balance between each other.  Only then will a person become whole — what Jung named ‘individuation’. Reaching this state is done by going through a specific process, step by step. Also, each one of the phases in this procedure is concerned with our human need to find meaning.  The kind of meaning that is so important to humans is one that helps us experience subjective meaning; a very personal kind of meaning. This type of meaning that is very unique to us relates to an emotional state that is able to answer questions such as ‘Who am I?’, ‘What is the meaning of my life?’  Finding answers to these types of questions helps us achieve healthy psychological well-being.

Reflecting on the value of myths and folk tales as psychological tools, the development of Carl G. Jung’s psychoanalytic theory shows how beneficial they are to personal development. The introductory quote by Jung also emphasises the important influence that myths as types of implicit knowledge, which Jung thought was via symbols — in mythology, religion, folk tales, dreams, and art. The reason for this is that mythological tales have aimed, from human beings’ earliest past, to show the importance of finding meaning to our lives — having answers about our identity and role in the world.

Becker, U. The Continuum Encyclopedia of Symbols. New York: Continuum,  2000

Jung, Carl. G. A Science of Mythology: Essays on the Myth of the Divine Child and the Mysteries of Eleusis. New York: Routledge, 2002

Scrutton, Roger. The Ring of Truth: The Wisdom of Wagner’s Ring of the Nibelung. London: Penguin, 2017