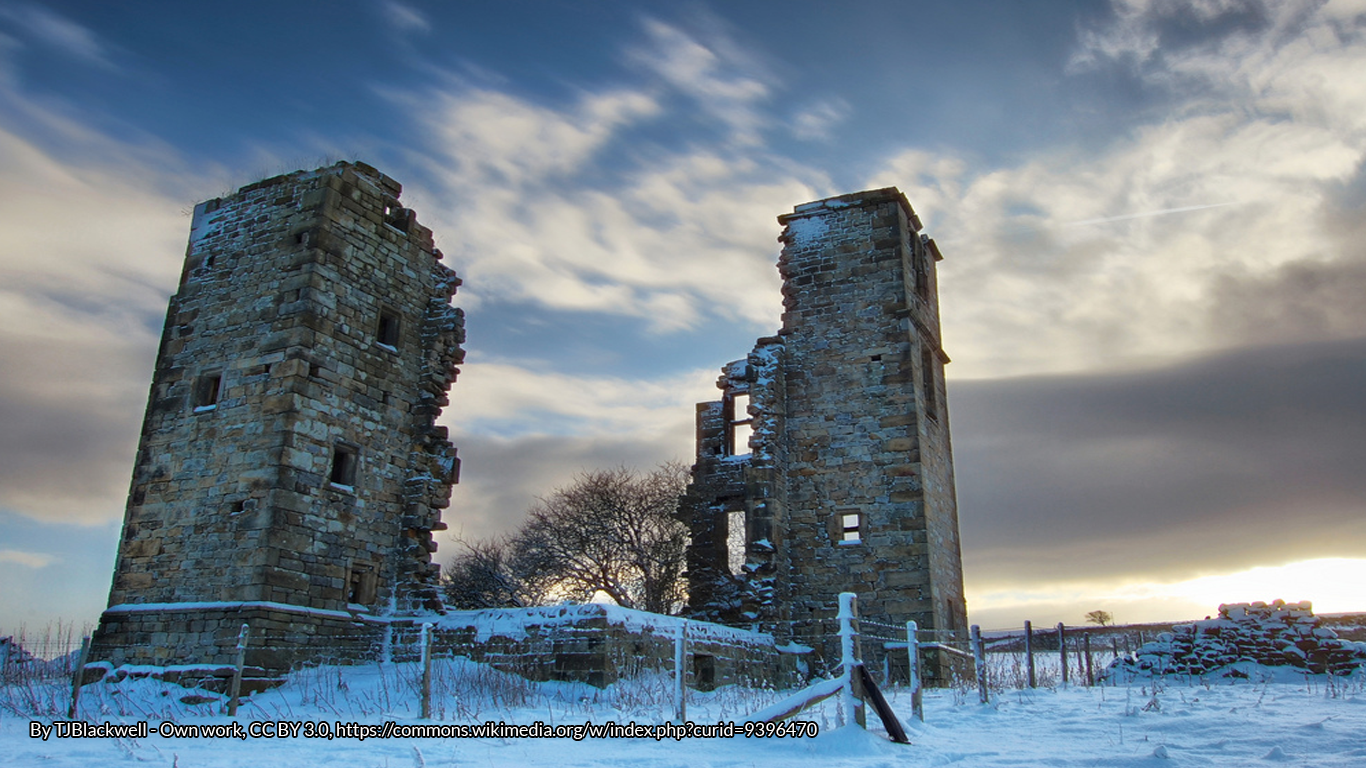 Like other types of more traditional ghost, reports of sightings of ghostly Black Dogs may be split into two distinct categories. The first of these is genuine eyewitness accounts. People see an apparition of a Black Dog, note it, and report it in a timely fashion. Names and locations are known and information of the sighting can be very detailed. The second may come under the more general term of folk ghosts. There are very few details as to names and dates, and the sightings may not have ever actually happened at all, but the themes of the report draw on folklore of the area and are just as important to the overall canon of the subject. These reports are more ‘legendary’ in their nature, but may still teach us a lot and can inform many general eyewitness accounts when we examine the psychology behind a report.

As a researcher in the field of Black Dog folklore, there are a number of key themes which I examine when reading reports of apparitions in order to try and categorise them. These themes apply equally to actual reported sightings and also to the folk motif of the Black Dog. They are covered in depth in my book Black Dog Folklore and in various other articles.

One of the aspects which may be taken into account are any auditory phenomena which are reported alongside the sighting itself. It is interesting to note that over the last 150 years, these reports of sounds associated with dogs have changed and developed. There is not the space to detail this now (although it may form the basis of a future article). Suffice to say that any sounds associated with the dog in older accounts were very rare; limited to the noise of footsteps or an occasional growl. In more modern reports they are much more common: Barking, snarling, or other more demonic noises. We may lay the cause for this within our changing cultural signifiers and, again, I will discuss this more in a future article.

Reports of Black Dogs that speak are incredibly rare in modern times and, in fact, very unusual in older accounts. But they do exist. These cannot, of course, be categorised in general eyewitness accounts but lie firmly within the category of folk ghosts. As with other folk tales, the misplaced ability to speak in an animal is there because there is some lesson to be taught, moral to be told, or information to be disseminated. In other words, misplaced attributes within folklore may be seen as symbolic. Folklore is full of symbols and motifs and symbolism which, as a form of language, must be decoded against an individual’s cultural norms in order to make sense of what is being said.

One speaking dog, a report of which was collected in Lincolnshire by Ethel Rudkin, is known as the Belle Hole Boggart (a Boggart being a mischievous shape-shifting spirit common in some of the northern areas of England). The district nurse had been visiting Belle Hole, a farm about a mile west of Kirton, where she had been tending to children. As she had been giving them their supper, the children had been speaking of the Boggart and asked the nurse if she was not scared of meeting the creature on her walk back to Kirton. The nurse’s response to questions about what she would do if she did was that she “shall put ‘im i’my pocket.” Later, on her way home, the Dog was said to have appeared and run around the district nurse saying, “put me in yer pocket, put me in yer pocket.” One theory suggests that the nurse was hearing a train passing on the line nearby, and the noise of the wheels on the gaps in the rails being carried on the wind blowing from the north or northwest made a sound with a similar rhythm.

In northern parts of Lincolnshire, the Black Dog is nearly always seen as a protector of travellers, especially on lonely or remote roads. Its purpose often appears to guard a person against would-be threats or robbers. It is likely that this story has developed from this trait. Rudkin published this account as part of an article in the Folklore Society journal Folklore in 1938. Stories of the Belle Hole Boggart are many and varied over time, and the Black Dog appears to be only one motif attached to this area.

Black Dogs often appear in folklore as treasure guardians. We find them in fiction, such as Anderson’s The Magic Tinderbox, in mythology from around the world, and also in more traditional folkloric accounts. One of these is the Black Dog of Dobb Park Lodge.

Dobb Park Lodge was a ruin of a house located in the valley of the Washburn. The exact date of the building is unknown, but it has been suggested that its foundations may have been sunk as early as 1311. There is also little recorded about either its occupants or the way that the building was used. An intriguing reference which is crying out to be tied into the following story comes from a Wharfdale historian named Shaw, who wrote that “there was a court held in it after it was dilapidated, called Dog Court (my italics), belonging to the Duchy of Lancaster.”

The only entrance to the house was by climbing a tower to the rear. At the foot of this tower was a doorway which led down to a dungeon. Local inhabitants were said to have reported hearing strange noises coming from these depths and one of them set out to explore and investigate. He found himself in a series of long winding passages, when he heard music coming from ahead of him. Following the sounds he came to a wide, high room as big as a church. A fire was burning in the room, making everything as bright as daylight. In front of the fire stood “a great, black, rough dog, as big as any two or three mastiffs.” The dog spoke to the man and said:

“Now, my man, as you’ve come here, you must do one of three things, or you’ll never see daylight again. You must either drink all the liquor there is in that glass; open that chest; or draw that sword.”

The chest was large and iron-bound and on top of it stood a glass with a long stem. The sword hung above these two from a peg. The man looked at the three and considered the drink to be the simplest of the tasks he was being offered. He picked up the glass and took one sip (which was as though he was drinking fire). As he did so the lid of the chest flew open and revealed large quantities of gold within. Above, the sword drew itself and flashed like lightening. The man threw down the glass which shattered, spilling the boiling liquid. At the same time the light went out and the music faded, to be replaced by the sound of dogs howling. The man fainted and, when he came to, managed to crawl out of the dungeon by the same route that he had come in.

In some versions of the Wild Hunt myth, we may also find an example of a dog which speaks.

In Teutonic lands, the Wild Hunt was often abroad during the Twelve Days of Christmas. This period, when the sun is at its weakest in the Northern hemisphere, represented a time of crisis to primitive man. It was a time when life failed, and elemental chaos rose from the surface of the earth (another landscape boundary we will give more consideration to shortly). For twelve days, monsters and ghosts roamed the earth. In some cultures, a different animal was dominant on each day.

Sometimes, as the Teutonic Hunt passed through a house on its dreadful route, it was said to leave behind on the hearth a little dog which howled until it woke the whole household.

“The people [in the house] then had to get up and brew some beer in egg-shells, whereupon the creature would exclaim: ‘Although I am as old as the Bohemian Forest, I never saw such a thing in my life before.’ Then it would jump up, rush off, and vanish. But if this charm was not applied, the people of the house were obliged to feed the creature well and let it lie upon the hearth for a whole year, until Wode returned and took it away with him.”

The Black Dog in Dreams

Of course, when we look to our dreams, we may find that things become more fantastical again. Anything can happen in the dream world but, if we accept the Jungian premise of a shared or collective consciousness of folk memory, we may also consider that our subconscious dreaming is drawing upon this cultural memory and informing us what happens in this state. Therefore, we find a number of recorded reports of Black Dogs appearing to people in dreams. Interestingly, these do indeed seem to run along the same attributes of the motif to which I alluded at the beginning of this article, and again, in rare cases, the dog may speak.

One lady, corresponding in 2006, described how she had experienced this phenomena with a Black Dog since the age of 6. In this initial dream, she was looking out of her window and saw two dogs fighting each other. One was brown and friendly-looking, and the other was black and appeared to be more evil. The latter appeared to be attacking the former. The girl (as she was at the time) shouted at the black dog to leave the other one alone and “pick on someone your own size.” At this point, the black dog looked up at the window and spoke to the girl, saying “OK, I’ll get you instead.” It jumped up at the window, which was half open in the dream, and attempted to get into the room and attack the girl. At this point she woke up terrified.

Space here allows for only a few examples of speaking Black Dogs within folklore. Although they are rare, there are more to explore. For me, as a researcher and collector of Black Dog folklore, new examples come to light all the time and I still receive contemporary reports from witnesses who experience the phenomenon. If you have your own examples, of speaking or other Black Dogs, please do get in touch using the details in the author biography below. 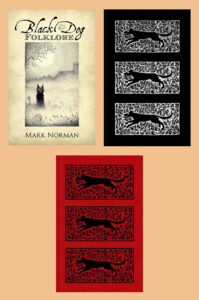