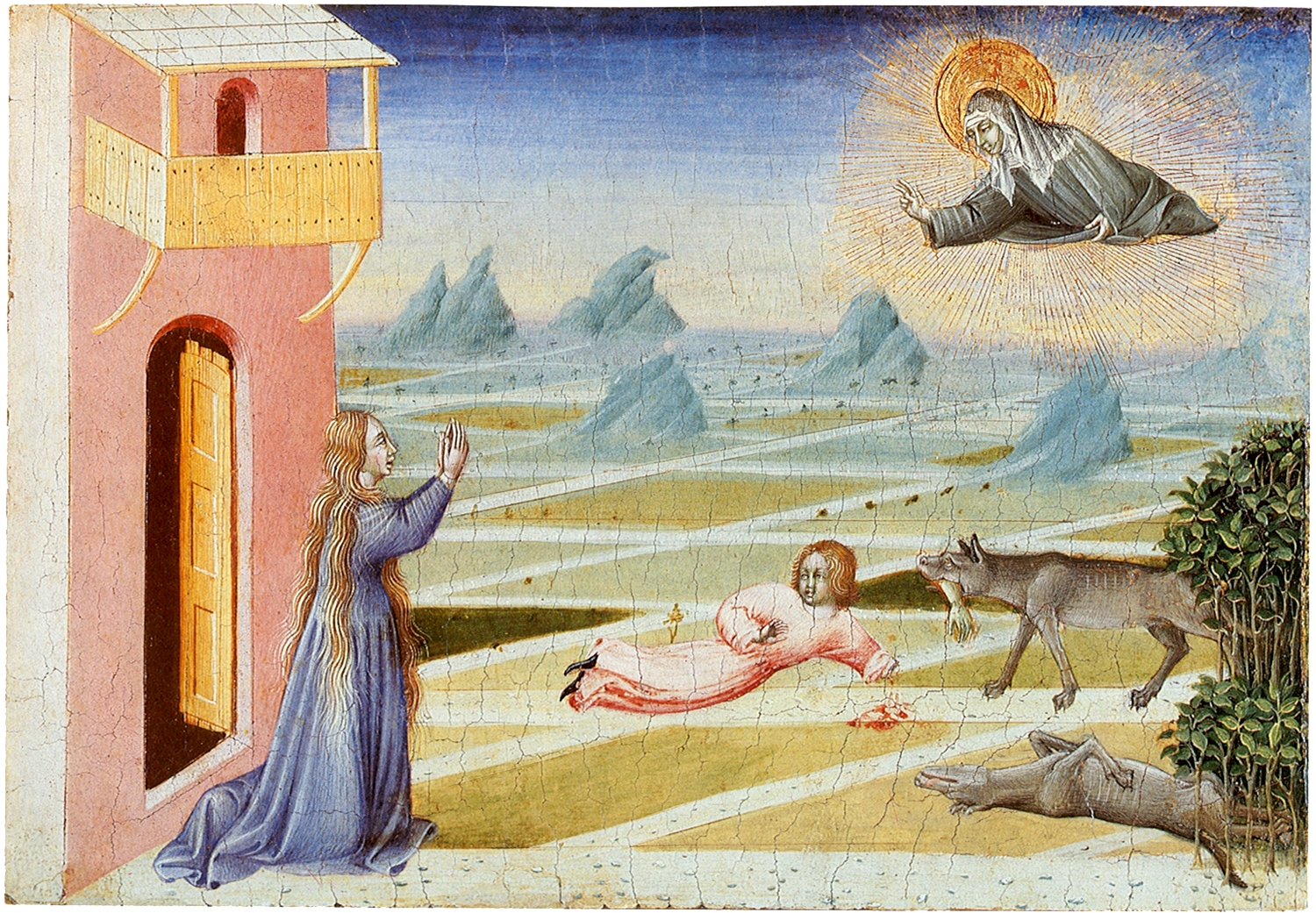 By their very nature saints are exceptional beings and none more so than the select few female saints. These were women who stood up against accepted norms, with many rejecting marriage in favour of service to God. It is little wonder that many female saints are today held up as feminist icons, their strength of character and resolve to follow their beliefs in a patriarchal society marking them out as unconscious trail-blazers of later feminist movements. The legends of saints have long been woven into our collective mythology, often incorporating existing pagan divines, folktales and local traditions, but apart from their familiar names, how many origin stories do we actually know? Let’s shine a light on some of these fascinating and fearless female saints:

Agnes was a beautiful 13-year-old girl from a wealthy Roman family, making her a prize many men wanted to win. She had numerous suitors but she refused each one, stating that her only husband was Christ. Agnes’ refusal to submit to marriage or to reject Christ in favour of the local deities went against the social norms and it was agreed that she should be punished. Many tales have been told of the humiliations heaped upon her, including that she was dragged into a brothel and stripped, however her hair miraculously grew to cover her nakedness. Ultimately Agnes was sentenced to die, becoming a virgin martyr. St Agnes is often pictured with a lamb at her feet; the symbolism linking both her youth and her name, which is similar to the Latin for lamb, agnus. Due to this link on her feast day (21 January) in Rome specially selected lambs are blessed and shorn. Their wool is then sent to St Cecilia’s convent in Trastevere where the nuns weave the wool into a vestment called a pallium which is presented to the newly appointed metropolitan archbishops.

It was said that Brigid’s mother gave birth to her with one foot inside her house and the other outside, as a result the child was thought to be a bridge between the Christian and the pagan worlds. Her name itself has its roots in Bríg, a pagan goddess associated with life, knowledge and fire. She was celebrated on 1 February on the feast of Imbolg – the first day of pagan spring. Brigid built her church in Kildare (the very first nunnery founded in Ireland) where for hundreds of years the cult of Bríg had been celebrated, further cementing the link between the pagan goddess and the saint. Brigid was known for her kindness and generosity and today people still weave ‘Brigid’s Cross’ from rushes, a form she originally wove to cure a pagan chieftain from sickness. Today the cross is hung in houses or barns on the eve of Brigid’s feast to guard against fire and ensure a healthy lambing season.

Etheldreda (also known as Aethelthryth and popularly as St Audrey) was an Anglo-Saxon princess. As an important political pawn she was married twice, but both marriages remained unconsummated at her wish. Etheldreda founded a monastery at Ely where she became abbess, living a strict and simple life – she ate only one meal a day, wore scratchy wool clothes and spent most of her time in prayer. Unfortunately Etheldreda contracted the plague and it resulted in a large tumour on her neck, which some say was punishment for her youthful vanity in wearing fine necklaces. In fenland Ely, St Audrey, as she became known, was celebrated with a fair on her saint’s day of 17 October. Cheap lace ribbons were sold intended to be worn around the neck in memory of the patron saint of Ely and these became known as ‘Saint Audrey’s laces’. Over time this became shortened and corrupted first to ‘taudrey laces’ and then simply to ‘tawdry’. It is from this root that we get our word ‘tawdry’ for cheap or tacky goods.

Born into an aristocratic family in Assisi, Clare refused to marry and instead, inspired by her contemporary Francis of Assisi, she turned to religion. In a dramatic and public repudiation of her aristocratic status she joined St Francis’ order and cast aside her fine clothes for a dress of sack cloth and had her hair hacked off. Clare set up her own order based on poverty and was the first female to write her own Rule. The rules were harsh with the nuns going barefoot, never eating meat and only speaking when absolutely necessary. In 1958, somewhat bizarrely, Clare was named the patron saint of television by Pope Pius XII. This is because Clare, one Christmas when she was ill in bed, was said to have seen a vision of Jesus’ crib and heard the singing of hymns.

Hildegard is best known today for her music, the hymns and cantata she wrote, which have ensured her name lives on. Hildegard became a nun at the age of just 8 and was later made abbess. She gained renown after her mystical visions were recorded and published in three volumes, this ensured her wisdom was respected and she frequently corresponded with popes and kings. Hildegard was something of a polymath and aside from her religious devotions she collected herbal remedies, developed a new language (an early pre-cursor to Esperanto) and wrote books on natural history and medicine. She even described, with impressive accuracy, the circulation of the blood around the body, some 500 years before William Harvey proved her to be correct.

Winefrede was the only child of a Welsh noble family. A young chieftain, Caradoc, requested her hand in marriage but she refused and fled to her uncle, St Bueno’s church to escape. Just as she was about to cross the threshold, a fuming Caradoc rode up and cut off her head. Bueno came running out of the church in great shock and cursed Caradoc who immediately melted as if made from wax. He then quickly scooped up poor Winefride’s head and stuck it back on her neck, praying all the while. Miraculously she returned to life and only a thin scar remained on her neck to reveal her terrible injury. A spring burst forth from where Winefride’s head had hit the ground and it is today known as St Winefride’s Well in Holywell. The shrine is thought to be the oldest continually visited pilgrimage site in Great Britain and numerous cures have been reported there.

This is just a selection of the many female saints celebrated by the Catholic Church but I hope that this article will inspire you to seek out the stories behind others. Each saint has often left a trace of their lives and deeds in the naming of local churches, schools and shrines or in traditions, festivals or feast days ensuring their stories transcend religion.

The Real McCoy and 149 Other Eponyms by Claire Cock-Starkey, Bodleian Library, 2018

Claire Cock-Starkey is a writer and editor from Cambridge. Her latest books are Lore of the Wild (Wide Eyed Editions) and A Museum Miscellany (Bodleian Library Publishing). Visit her website here.