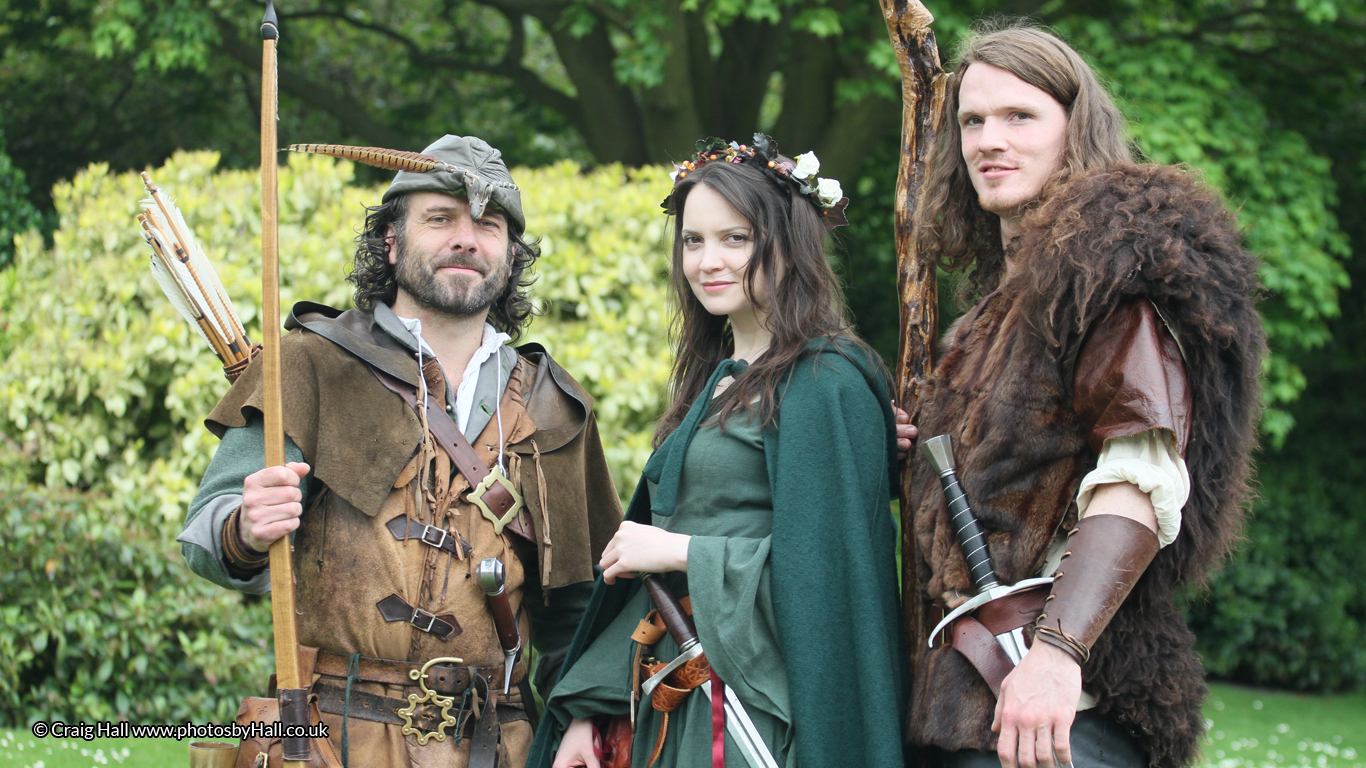 Ezekial Bone talks to #FolkloreThursday about how the spirit of the legendary Robin Hood is being interpreted — and reinterpreted — as a hero figure even today, and can be seen as a fitting symbol for the struggles many are facing in contemporary society. Ezekial believes the world needs heroes, and explains why the time has come to put Robin Hood on the pedestal he deserves.

‘Give ear and listen good gentlemen

that be of free-born blood,

and I’ll tell you of a good yeoman,

his name was Robin Hood…’

– A Little Geste of Robin Hood.

And so begins one of the greatest stories ever told. This son of Nottingham and hero of England is world famous and is a real draw for the City of Nottingham. But who was Robin Hood? Where is he? What does it all mean?

There are no specific details about this character. All we can glean are from historical evidence are generic details – he was an outlaw, a yeoman peasant and a Christian. The name ‘Robin’ and ‘Hood’ were very common as were combinations and derivations of those names. Some say variations were used as nickname and/or as a title to brand someone as an outlaw.

Some uphold certain candidates from the dusty pages of history as the original Robin Hood. The problem here is that conjecture is needed and this undermines historic validity. The general consensus is that Robin Hood is a composite hero – there wasn’t one, but many Robin Hoods. In the gossip in the market places of those who lived outside-the-law and in drunken tavern songs we have the roots of the legend. Why was he famous in the medieval period? Any person living in a cruel and brutal society would want a hero to come and save the day. Anyone who stood up against injustice would have been popular.

People who come to Nottingham seeking Robin Hood constantly express their surprise at the lack of his presence. Nottingham Castle is now a 17th century ducal palace. Sherwood Forest, after years of exploitation, is now a shadow of its former self. There is, of course, the statue. Ironically, this was a gift to the city in 1952 by businessman Philip Clay who was concerned there was nothing for visitors.

How could a city fail to make a success of a gift of a world famous character? If Robin Hood was from America then he’d be bigger than Mickey Mouse. Nottingham has a global brand with no product yet the realization of this brand could have brought great wealth to the city. But it’s not only financial wealth, it’s about cultural wealth… and the cultural health of the country. The deeper implication of this failure means that, through lack of care and attention, this famous son of Nottingham has become almost a cartoon figure.

This is a sad state of affairs. The concept of the common folk standing up against tyranny and injustice is a universal and timeless concept. In the hands of writers, the legend evolved as a reflection of society in different periods of history. He may have been gentrified later on but he is, at heart, symbolic of the common man fighting to make the world a better place – a symbol of hope.

The Robin Hood Town Tour, run independently of the city, was created to fight the good fight, right wrongs and put a credible character on the streets of Nottingham to celebrate the legend and the city. It leads the way in rescuing Robin from modern mediocrity and re-instates him as a figure head of culture and the environment. Its popularity as Nottingham’s leading attraction (TripAdvisor) testifies that people want to believe. It’s not about ‘exploiting Robin Hood’, as is often heard, it’s about harnessing his potential.

I herald, my clarion call,

tell your friends and spread the word,

that Robin Hood is with us now,

for he lives within us all!’

The world needs heroes and Robin Hood is a fit hero for the 21st century. Across all generations, world over, he has relevance. For kids, in these days of celebrity culture, too many of their heroes are image obsessed narcissists. The legend speaks of citizenship, about being a good and truthful person, looking after those around you and making the world a better place. Seeds of green living can also be sown in the soils of young fertile minds prepared by good storytelling. It is good news that there is more enlightened thinking from the storytellers of our day – the film makers. Marian has been portrayed in a more empowered role and characters are more ethnically diverse. This is a great example of Robin Hood being a reflection of the times.

Sometimes it seems like the story has never changed.  Capitalism and greed has brought the world to its knees. Present day politics and media is a farce of alternative facts and fake news. ‘Leaders’ pursue the interest of the wealthy and build their ivory towers as they cut benefits for the disabled, as people struggle on zero hours contracts and as starving families queue at food banks.

Robin Hood is the spirit of the common folk personified, united against tyranny and injustice. The time has come for us to unite against the hypocrisy which sees the rich get richer and the poor poorer, and the world being stripped of its resources in unsustainable ways. What sort of world do we want to leave future generations?

Consumer society is eating itself to death, brainwashed by false information on the internet and social media. The ignorance of the masses allows the people’s rights to be taken away, it allows the rich to steal from the poor. To paraphrase the American journalist Ed Murrow, a nation of sheep has begat a government of wolves.

As it was then, so it is now. The time has come for the spirit of Robin Hood to rise up in all good people and for us to fight the good fight to save the world from tyranny and injustice.  Education is the key. Words and ideas based on sound knowledge are our weapons in the 21st century. Through a celebration of Robin Hood we can work to restore order and instill hope. Robin Hood is, after all, an ideological hero.

Ezekial Bone is the alter ego of Ade Andrews. An historian, actor and storyteller, Ade works in the fields of heritage and cultural regeneration through a celebration of the past. Follow him on Twitter, or visit his website to find out more about the Robin Hood Town Tour.