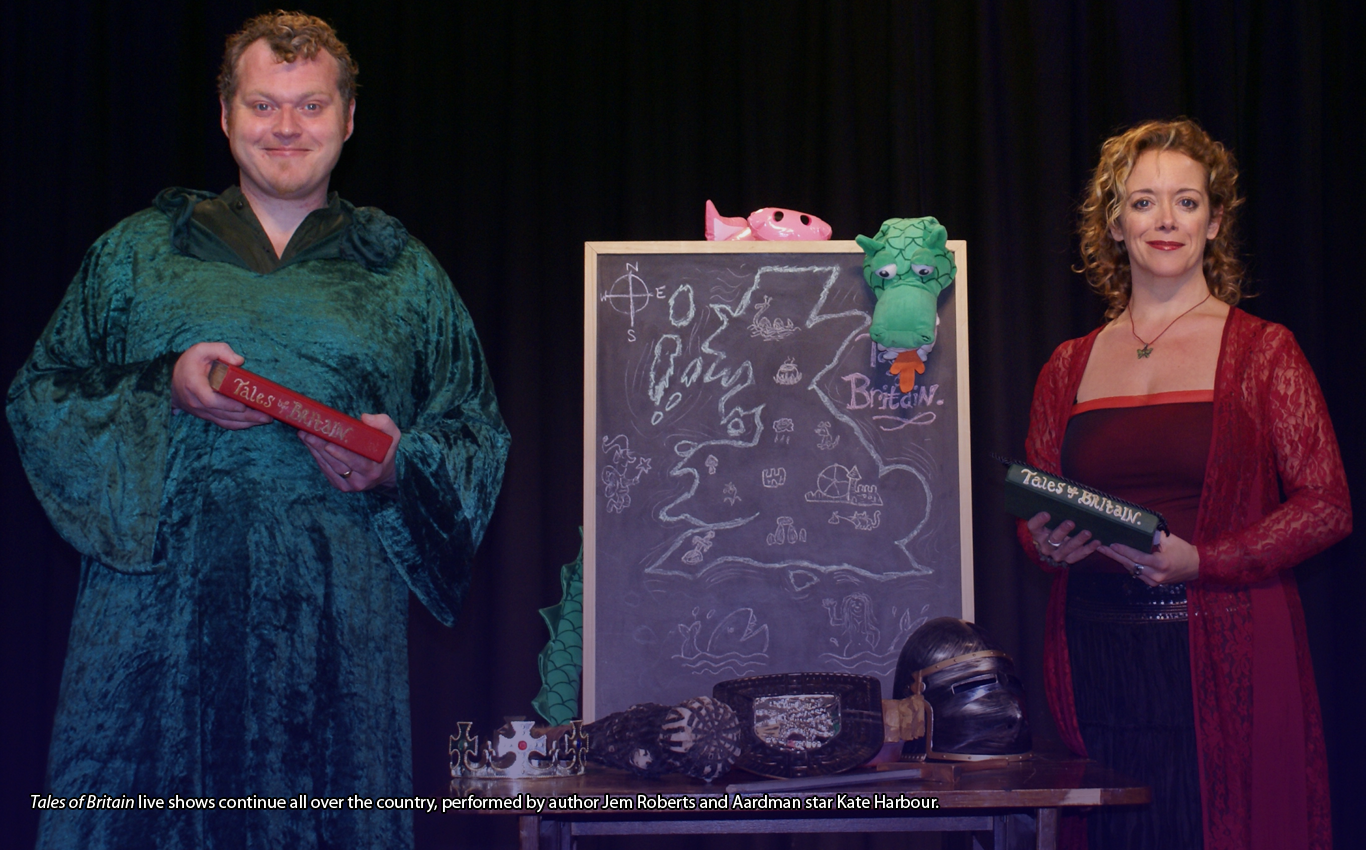 A year and a half after our call to action to support Unbound Publishing’s 21st century roadmap of British folktales, Tales of Britain, is finally available to buy — but it’s been a long and winding road, and the campaign continues…

In Glastonbury 2017, we kicked off the crowdfunder for Tales of Britain, which, as we carefully explained in our original #FolkloreThursday article at the time, is the first full collection of British folktales to be released in over thirty years! Yes, there are plenty of English, Scottish, Welsh and otherwise local collections, defined by the lines scribbled a few centuries ago. Yes, there are endless general books on lore – traditions and beliefs and suchlike, not stories with a beginning, a middle and an end, or at least you’d have to wade through a lot of identikit ghost stories and the like to find them. (Oh, and we of course recommend our friend Dee Dee Chainey’s British Folklore book above all others!) Yes, you can find academic studies of British legends aplenty. Yes, there’s the raw folktale material gathered by Katherine Briggs back in the mid-20th century available for a few hundred quid from the Folio Society, and yes, there’s also any number of collections themed to plants, or horses, or who-knows-what…

But all it comes down to is that when we simply wanted to buy a basic British folktale collection, packed with the best stories from Land’s End to John O’Groats – ideally written with respect for a 21st century readership – there simply wasn’t one to be had. Not a single option on the shelves, nor even on the internet.

This discovery absolutely knocked us for infinitely more than six, and so fifteen years of collecting, updating, performing and tweaking, and two years of crowfunding, has finally delivered this sweet wodge of folklore into our hands – Tales of Britain, published by Unbound, 77 tales from England, Scotland, Wales, Kernow and the Isles, rebooted for the 21st century, with small tourist guides to the location of every story.

The sheer necessity of a fresh anthology became obvious to us when we promised an old friend a retelling to mark the birth of twin daughters – as they were based in Cheshire, the tale of Long Meg & Her Daughters, a stone circle in the Lake District, seemed a reasonable enough ride away for them to enjoy exploring the real place having read the story together, and so we knuckled down to examine the source material… and were banjaxed at the realisation that the legend as it stood amounted to ‘women are turned to stone by God for daring to dance on the lord’s day!’ We mean, really? What a wonderful message for two young women born in the early 21st century! And yet the last thing we wanted to do was be seen to peddle whitewashed, PC-heavy revisionist versions of our national lore. But we found our answer – just the tiniest tweak of the tale’s fulcrum showed us the way for any of the 77 stories in need of a cultural or moral brush-up – we made it Long Meg’s own decision to escape prosecution by the followers of this new religion by turning herself and her daughters into stone. When you look away from the stones, they are still women, happily dancing to the tunes of nature, and one day they will be free to dance however they like, but in the meantime, they evade the clutches of the patriarchy on their own terms. So often, when ploughing through ancient stories, we come upon misogyny, Christian puritanism, and of course, racism of all kinds, and nobody wants to share that with the next generation. We’ve solved all those problems in this book – no woman is ever given away as a prize, and of course, by retelling the history of Albion as we do, from Brutus onwards, we show that Britain by its very nature was built by millennia of immigration, from Beaker people to the Windrush generation, people have come to his island to become British, to add to our treasury of storytelling, and to belong.

Lest this sounds too heavy, it’s also crucial that these tales raise a smile, if not a laugh – they are published in tribute to our friend, the great storyteller and Python Terry Jones, who was an early supporter of our campaign, and filled with the Grim tales spirit of the great Rik Mayall throughout.

We’re proud of the collection we have forged, but as the lack of a hardback edition (which is no problem for us) and lots of lovely illustrations (which we do regret, but this is early days) attests, it has not been an easy creation. The initial target set for the campaign was high – your author also published the official Fry & Laurie biography Soupy Twists this way, and only scraped to 100% after both Hugh and Stephen had tweeted to their millions of followers! Therefore, despite doing all we possibly could to spread the word as far as possible, everyone has their own online reach, and after a while we opted for a lower target, with a cheaper format and smaller distribution (This latter point means that to get copies in your local Waterstones or WH Smith’s, we’d be grateful if you’d please go to their counters and request them). However, we accepted this more realistic option simply to ensure that this horrific gap on the nation’s bookshelves could finally be filled! Every day, pointless books are thrust on the public which clog up the shelves, but there’s little rarer in publishing than a book which actually fills a void – at last, there is a British folktale collection you can buy, both in eBook and paperback form! We see this as ‘volume 1, edition 1’, and hope it’s successful enough to allow for further editions, fully illustrated and with all kinds of bells and whistles. For now, we’re just so proud to have reinvented British folktales for a new generation – indeed, many generations at once.

From the obvious heroes like Jack, Robin Hood, Arthur and Lady Godiva to all the woefully under-appreciated stars of British folklore, Molly Whuppie, Tom Thumb, Talisein, Rhiannon and many more, anything we can do to bring some pride back to this Brexit-beleagured island and its people, be they first generation British or 100th, uniting the Britons no matter what the current political mess does to tear the country apart, we are proud to have achieved.

Of course, there’s more to this ongoing campaign than one book, or indeed future editions and volumes, there’s also an audiobook-come-podcast in the offing, maybe a TV spin-off, and above all we have been performing live shows all around Britain for years now, featuring author Jem Roberts as Brother Bernard, often joined by beloved kid’s TV star Kate Harbour (Bob the Builder, Shaun the Sheep) as Sister Sal. From Tintagel to Edinburgh festival, the Ludlow Fringe to Glasto, Abergavenny to Islington, sharing these stories with folkies of all ages is a pleasure which we hope to continue forever more – please do get in touch to book a show for your own community, to add to our live calendar for 2019 and beyond!

This is Britain’s one and only one-stop British folktale collection. If anyone out there truly loves British folklore, we’d be so grateful for any help in alerting the country, indeed the world, about this brand new unique treasury – be it in print, on radio, podcast or TV, there’s just so much to discuss about the ways in which our ancient lore can bring us all together in difficult times – don’t hesitate to suggest ways of reaching new audiences, contact us on Twitter, Facebook or via email, on bernard@talesofbritain.com. If you like, we’ll just skip all the hard sell and share a story local to you! Or if you’re in America, Australia, Canada, anywhere with British roots to celebrate – or anywhere else, and you’re just intrigued by the British treasury of folktales – these stories are for you as well!

At last, we’re just so glad that anyone, at any time, who fancies a wallow in the heroic, frightening, daft, exciting, bawdy, spooky, funny, bedazzling folklore of Britain, can now download or buy a collection which brings them all together anew, affordable and ready to share with story lovers of all ages, shades, genders, inclines and creeds! That’s enough for us, even if the book is not a smash hit. But anyone who is proud to live on this scrag of green land in Northwestern Europe, and happy to walk the same hills as Meg, Robin, Arthur, Mollie and co, can show their love by helping us to spread the word to story-lovers the whole world over. This is just the beginning of THE 21st century campaign for British folktales, in all formats, and we’ll all be glad to have you on board for future developments.

Buy the Book: Tales of Britain

Tales of Britain is now available for eBook download, or in paperback, online and in independent book shops – why not ask for it in your local Waterstones of WH Smiths to help others join the journey?

“There are currently no books which bring together the ancient stories of England, Scotland, Wales and the Isles, and particularly none that aim, above all, to entertain the largest audience possible. There are lots of localised anthologies and expensive academic works, mythology-based books which remain ghetto-ised as `Special Interest’. But in this time of Brexit-based disunity, we believe that one thing which has always brought the people of this island together is our shared culture, and particularly our national treasury of tales, which have been retold afresh for each generation. Each one of the 77 stories to be found in TALES OF BRITAIN – from the folktales of Dick Whittington, Robin Hood and King Arthur to heroes who deserve to be better known, like Mollie Whuppie, Bran the Blessed and Jack O’Kent – has been forged in performance to find the 21st century retelling to grab today’s audience, no matter what their age, gender, sexuality or creed. Some tales are moving, some bawdy, some downright weird, but above all, they have been retold with a crucial sense of anarchic fun, while restoring the true root of every legend in a way which should appeal to every Briton, whether first generation or thousandth – or indeed, lovers of great stories all around the world, from any background. Inspiration for these Tales’ delivery comes not just from the magic of Dahl and Rowling, but the Grim Tales anarchy of Rik Mayall and Anthony Horowitz, the warmth of John Hurt’s Storyteller, and the enthusiasm of Tony Robinson’s Odysseus. What the Grimms did for German folklore, TALES OF BRITAIN will do for the British – with the added bonus that each story is rooted in the landscape, and so a tourist guide is provided for every tale, encouraging everyone to visit the places where each story `really happened’. Enjoy the tale on a Tuesday, and on Sunday afternoon, you can relive it.”