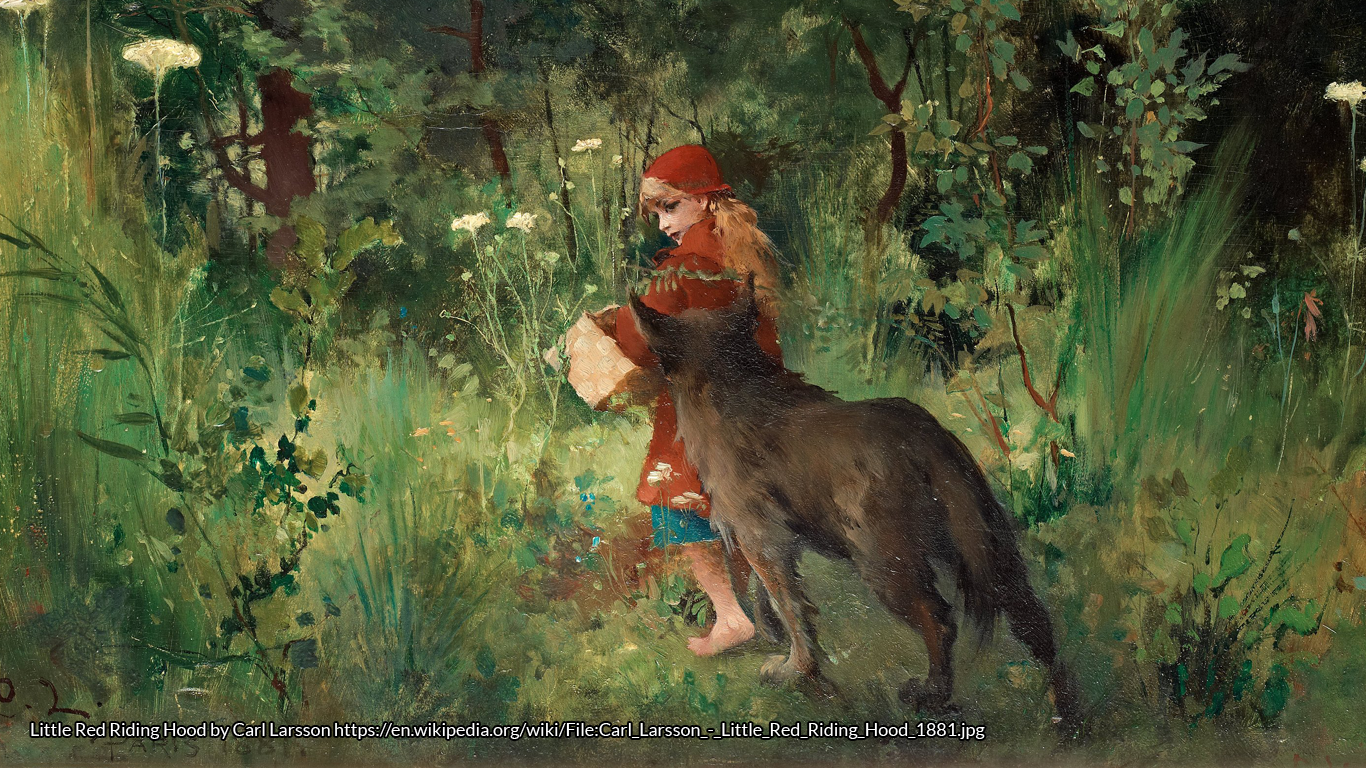 Folk and fairy tales have existed for as long as mankind. They once provided commentaries and informed the customs and practices of the communities in which they were told. While they were often shared to offer hope to the downtrodden and prepare listeners and readers for the trials and tribulations they would strive to overcome throughout their lives, they don’t all have happy endings. Some offer warnings and promise ill consequences for certain behaviour. According to folk and fairy tale scholar Jack Zipes, many of the folk and fairy tales we’re familiar with today emanate from ‘specific struggles to humanize bestial barbaric forces that have terrorized our minds and communities in concrete ways’[i]. Variations of familiar tales exist in many cultures throughout the world; the same stories told in different ways. They remain a relevant and powerful form of storytelling because of their ability to be reinterpreted and retold, making them relatable for every generation. And with each generation, the meaning of the tale changes and evolves to reflect current social attitudes.

Of all the folk and fairy tales known to us, the tale of Little Red Riding Hood is perhaps one of the most enduring and provocative. In its most basic form it is a tale of good vs. evil, and it is generally regarded as one of the most effective expressions of sexual curiosity and the ultimate loss of innocence. While it is impossible to trace its origins, folklorists suggest it first emerged in Africa or Asia. It is not clear when or how significant motifs such as the red hood, the wolf (in certain versions it is a werewolf, flesh-eating ogre, or some other geographically-relevant beast), and the suggestion of the girl’s sexual violation were added to the basic structure of the tale. According to psychoanalyst Bruno Bettelheim, an antiquated Latin story called ‘Fecunda ratis’ (1023) featured the basic components of the tale and tells of ‘a little girl […] found in the company of wolves; the girl wears a red cover of great importance to her, and scholars tell that this cover was a red cap[ii]. Many folklorists also suggest versions of Red Riding Hood existed in France in the tenth century, and variations including ‘La finta nonna’ (‘The False Grandmother’) were told in Italy during the fourteenth century. It is thought that during the early seventeenth century in southern France and northern Italy variations of the tale were told by older to younger women in sewing circles to warn of sexual predators. These variations frequently featured a young peasant woman who had ‘a natural, relaxed attitude toward her body and sex and meets the challenge of a would-be seducer’[iii].

As the oral tales were recorded and adapted, changes were made to their tone and content for various reasons. Some changes were at the behest of publishers, who associated such tales with peasant superstition. Other changes occurred when dialects were moderated, explicit content was toned down, and when authors imposed their own artistic preferences and moral inclinations. Tales continued to be told, retold, and written down, changing and evolving to embrace and demonstrate social changes; creating an unspeakably rich tapestry of oral and written histories and traditions. As more of these tales were recorded, they began to establish their own conventions, motifs, characters, and plots, largely based on those developed in the oral tradition but altered to appeal to a mainly aristocratic readership.

The literary history of Red Riding Hood really begins in 1697, with the publication of Charles Perrault’s ‘Le Petit Chaperon Rouge’ – the version most of us are familiar with. It has been suggested that Perrault removed the more vulgar aspects of earlier versions of the tale, such as unwitting acts of cannibalism (in one earlier version the girl with the red hood encounters a werewolf who serves her the flesh of her grandmother) and references to the girl relieving herself (the excuse the girl makes in order to escape the werewolf), as he was writing for the bourgeois audiences of the Palace of Versailles. A number of scholars have claimed Perrault’s adaptation of the tale robbed it of its original meaning. When he wrote the tale, Perrault’s intention was to instil a specific moral lesson – ‘girls who invite strange men into their parlours deserve what they get.’ By giving expression to her fancy, the girl in Perrault’s story brings about her own downfall and that of her grandmother. She is not rescued by a woodsman, nor does she have the sense to save herself as she did in many earlier oral tales. Perrault wanted to provide young female readers/listeners with a certain model of behaviour and by the girl’s negative example the reader/listener learns how a ‘good girl’ should behave. Critics have argued that Perrault ‘totally corrupted the perspective and import of the warning tale’[iv] and instead of warning girls of the dangers of predators, Perrault warns them against following their own sexual desire: ‘such a symbolic ritual expressed in the original folk tale about a strong young woman confused and irritated Perrault. His hostility toward the pagan folk tradition and fear of women were exhibited in all his tales’[v].

After Perrault’s tale had been translated into various European languages, other writers used it as a template and introduced new elements. Ludwig Tieck published ‘The Life & Death of Little Red Cap’ in 1800 and introduced the figure of the heroic huntsman who saves her life. Christian Schneller’s version in 1867 takes a turn for the visceral as the wolf becomes an ogre who replaces the latch on Granny’s door with the poor women’s entrails and puts her blood, teeth, and jaws in the kitchen cupboard. In 1812, the Brothers Grimm recorded ‘Rotkäppchen’ (Little Red Cap) and not only retained the figure of the huntsman introduced by Tieck and the salvation of Red Riding Hood, but actually afforded Red Riding Hood the opportunity to redeem herself and demonstrate a more proactive role. The versions of Red Riding Hood by Perrault and the Brothers Grimm were reprinted thousands of times in many different versions. They even became amalgamated with other oral and written variants to create yet more reinterpretations with many different meanings; a true testament to the malleability of the original tales and their continued relevance and ability to be retold, re-read, and reinterpreted. In more recent times, writers such as Angela Carter reinterpreted the tale to expose Perrault’s misogyny and celebrate women’s sexuality. It would appear the red-hooded girl will never truly be devoured by the wolf, nor her story ever forgotten.

Win a copy of The Company of Wolves by James Gracey

The wonderful folks over at Devil’s Advocates have offered a copy of James’s intriguing exploration of the Red Riding Hood fairy tale (as reinterpreted by Angela Carter and Neil Jordan in his 1984 film), The Company of Wolves, for a lucky #FolkloreThursday newsletter subscriber this month!

‘Co-written by Irish filmmaker Neil Jordan and British novelist Angela Carter, and based on several short stories from Carter’s collection The Bloody Chamber, The Company of Wolves (1984) is a provocative reinvention of the fairy tale of Little Red Riding Hood. Unraveling a feverish metaphor for the blossoming of a young girl’s sexuality and her subsequent loss of innocence, the film entwines symbolism and metaphor with striking visuals and grisly effects. Released in the early 1980s, a time which produced several classic werewolf films (including An American Werewolf in London and The Howling), The Company of Wolves sets itself apart from the pack with its overtly literary roots, feminist stance, and art-house leanings. The film’s narrative takes the form of a puzzle box, unfolding as dreams within dreams, and stories within stories, which lead further into the dark woods of the protagonist’s psyche, as she finds herself on the cusp of womanhood. This Devil’s Advocate explores all these aspects, as well as placing the film in the context of the careers of its creators and its position as an example of the “Female Gothic.”‘

Bettelheim, B. (1976). Uses of Enchantment: The Meaning and Importance of Fairy Tales. New York, Vintage.

James Gracey is the author of Dario Argento (Kamera Books) and a monograph on The Company of Wolves (Devil’s Advocates). He currently contributes to Exquisite Terror and Diabolique, and has also written for Paracinema, Film Ireland, Eye for Film, Little White Lies and The Quietus. For more information about his work, you can follow him on Twitter or visit his website.