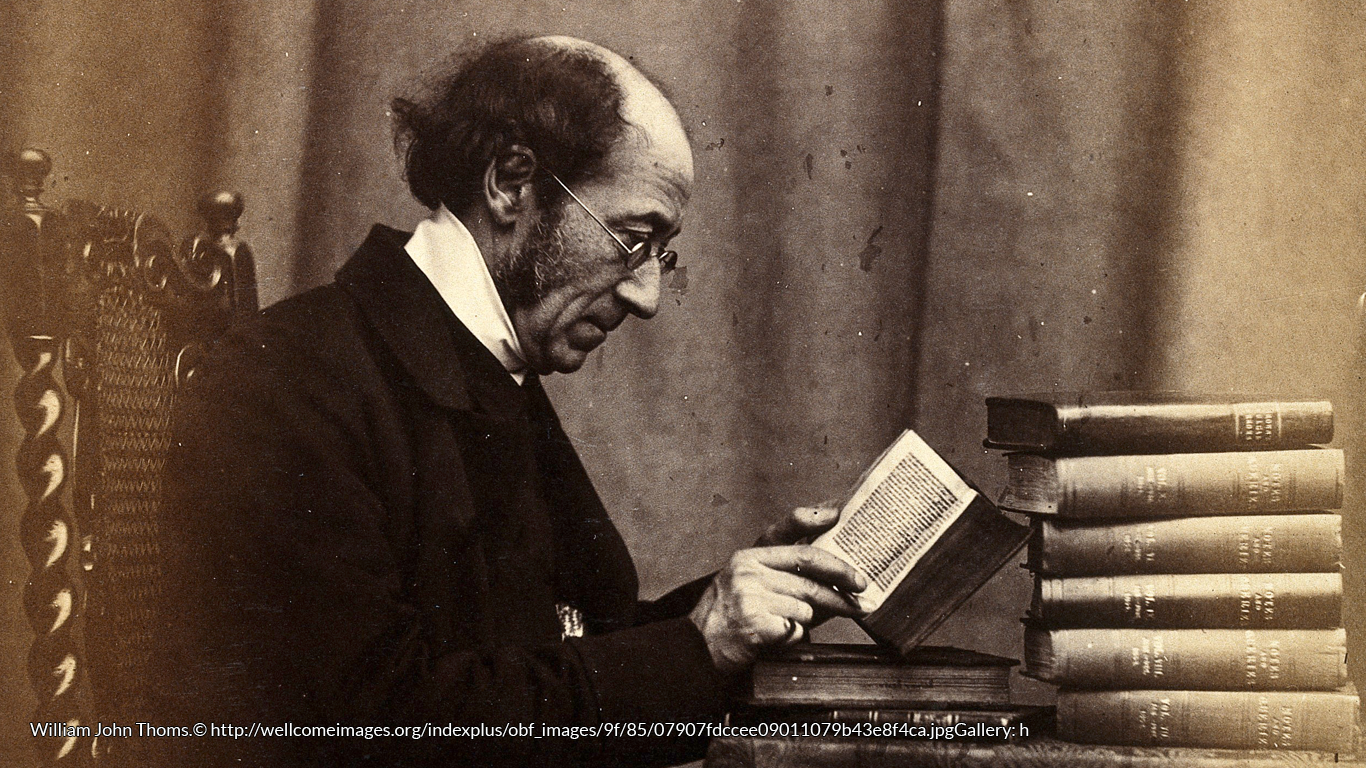 Academic folklore studies—or folkloristics—is a field of scholarship devoted to the classification, documentation, and interpretation of folklore and folklife. We’ve been around for over two centuries, and while we’re a pretty small discipline, we’re here to stay. In this post I’ll take you on a brief tour of our field and talk about what we do (and don’t do) as part of our work.

Folklore studies has roots in the Enlightenment, Romanticism, and philological studies in Europe. The word itself was coined in 1846 by British scholar William Thoms. The collection efforts by the Brothers Grimms, for example, happened as part of an intellectual wave sweeping Europe, characterized by fascination with the artistic forms of peasants (which were then thought of as remnants from ancient civilizations watered down, or corrupted transmissions from elite culture). Unfortunately, this means that the early documentation and interpretation of folklore materials happened through a lens impacted by ideas we would now consider racist, classist, misogynist, and ethnocentric.

In the late 19th and early 20th centuries, folklore studies blossomed into an independent discipline, though it’s still strongly allied with cultural anthropology. Early examples of the overlap between folklore and cultural anthropology include the culture reflector theory and the focus on language, worldview, and fieldwork. Different countries also developed their folklore programs at different paces and with different emphases; one common trend is that in nations or regions where people were colonized or otherwise oppressed, folklore studies often became a rallying cry for groups wanting to assert their shared cultural heritage.

Today, folklore studies thrives at a number of universities, sometimes as independent departments or programs, and sometimes under the title of another department (comparative studies, literary studies, and anthropology are common ones). Folklore degrees are available at the undergraduate and graduate levels, though few universities in the U.S. currently offer a PhD in folklore. And in the U.S. in particular, there is a divide between academic and applied or public folklore, or those who work primarily in university settings and those who work in libraries, archives, non-profits, governmental institutions, and others settings outside the ivory tower. But since I’m primarily trained as an academic folklorist, that’s what you’ll hear about from me.

One key difference between folklore in the academic sense of the word and its colloquial use is that we define folklore as a specific part of culture, expressive culture, which is traditional and informally transmitted. Folklore in our sense of the word doesn’t have any necessary relationship to truth value; we wouldn’t say “that’s just folklore” or “that’s just a myth”. Some folklore genres like folktale are understood to be fictional by their tellers and communities, where others like legend are told as though true. Their truth value (or lack thereof) isn’t what makes them folklore; rather, the way in which they’re the non-institutional parts of culture does, and the fact that we can trace tradition and variation over time.

So, what do folklore scholars do? Many of us work at universities, though some of us are alt-ac or have left the university in search of other work. Thus, either in the process of getting our degrees or at present, you’ll find many of us teaching college classes, doing research, publishing articles and books, and presenting at conferences (and wow, are folklore conferences fun!).

Our areas of study tend to revolve around folk group and genre. Some folklore scholars prioritize one over the other, such that you might encounter someone who studies Japanese folklore in general, or another who works on proverbs cross-culturally. Others pick and choose their areas, so you might find a scholar specializing in German folktales, or West African folk religion, or Italian-American holidays, and so on. There are still a few generalists out there (I’m kinda one of them), but most of us have a handful of specialties, including not only genres and regions but also time periods and methods or theories. And yes, we love to classify things, whether using the tale type index, motif index, or another of our classification tools.

In addition to grouping folklore by genre and region, we assert, on a broad level, that folklore has many functions in relation to the people transmitting and performing it; in other words, folklore exists for a reason, and we’re here to document those reasons. In this sense, folklore studies participates in broader academic discourse with the rest of the social sciences, since we’re attempting to demonstrate the links between expressive culture and society as a whole.

Our theoretical orientations vary. Some folklorists draw on literary theories to interpret their materials; others draw on feminist theory, and so on. We’ve got some home-grown methods and theories as well, such as the historic-geographic method, which was focused on determining the approximate origin of a specific folklore text. Today, however, most folklorists don’t care as much about the origins of a given text or genre, though of course there are those that do. Take, for example, the rousing debate about the origins of fairy tales, both individual plot types and the genre as a whole.

At the end of the day, most folklorists are keen observers of human behaviour. We like watching people doing creative things, and documenting and analysing those things. In doing so, we make major contributions to the understanding of culture and society, and clearly our subject matter and our insights resonate with people.

Jeana Jorgensen earned her doctorate in folklore at Indiana University. A member of the American Folklore Society and the International Society for Folk Narrative Research, she has published widely for both academic and popular audiences. She researches gender and sexuality in fairy tales and folk narrative, body art, dance, the history of folklore studies, digital humanities, feminist and queer theory, and sex education. You can visit her website here.