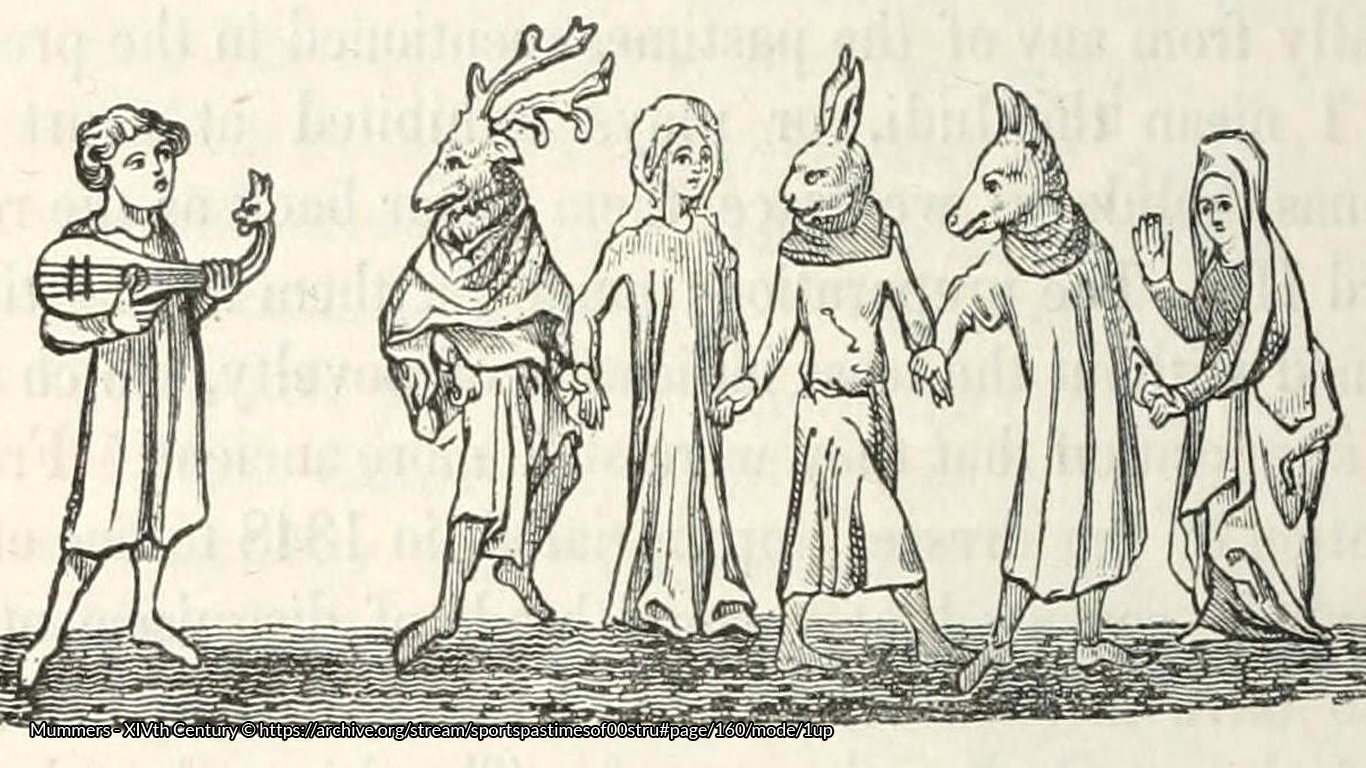 In this digital age, many institutions are dedicating time and resources to digitising important folklore books from bygone days. Here NeoPteridoMania gives us a rundown of some of the most important folklore texts now available on the web for free.

“Before Printing, Old-wives Tales were ingeniose, and since Printing came in fashion, till a little before the Civill-warres, the ordinary sort of People were not taught to reade.  Now-a-dayes Bookes are common, and most of the poor people understand letters; and the many good Bookes, and variety of Turnes of Affaires, have putt all the old Fables out of doors: and the divine art of Printing and Gunpowder have frightened away Robin-goodfellow and the Fayries.”  – John Aubrey

In his eloquent tribute to Andrew Lang, Andrew Lang as Man of Letters and Folk-Lorist, Joseph Jacobs cites Lang’s introductions to Grimm and Perrault as his most important contributions to the study of folklore. When contemplating the task of recommending indispensable books on folklore, and after casting about for a way through the literary landscape of works, Lang’s seal of approval offered a guide to the contenders and reprint editions. Richard M. Dorson’s classic, The British Folklorists: A History, offered a useful timeline of the development of antiquarian and folklore studies from the earliest collections of oral traditions though World War I. The period, the personalities, and the societies examined in Dorson’s literary history conveniently dovetail in with this effort to draw attention to works in the public domain, available to the #FolkloreThursday followers to read online or download in a number of formats via Internet Archive.  Additional considerations were brought to bear by D. L. Ashliman’s vast compilation of free folk texts and links, and the treasure chest of past issues of The Folk-lore Society’s quarterly publications. The following recommendations, arranged by original publication date, are merely a tale hunter’s offering of an enjoyable fellowship along the way, a glimpse of the path once followed in the long history of the antiquarians’ collecting and the folklorists’ retelling of the old fireside tales, the embers of society.

“Another way is, to Charm the Moon thus; At the first appearance of the New Moon after New-years Day, go out in the Evening, and stand over the Sparrs of a Gate or Stile, looking on the Moon and say,

I prithee good Moon reveal to me,

This Night who my Husband (Wife) must be.

You must presently after go to Bed. I knew two Gentlewomen, that did thus when they were young Maids, and they had Dreams of those that Married them”

“The magnificent pageants and disguisings frequently exhibited at court in the succeeding times, and especially in the reign of Henry VIII, no doubt originated from the ludi (plays) above mentioned.  These mummeries, as a modern writer justly observes, were destitute of character and humour, their chief aim being to surprise the spectators ‘by the ridiculous and exaggerated oddity of the visors, and by the singularity and splendour of the dresses; everything was out of nature and propriety.”

3. 1838 – Fairy Legends and Traditions of the South of Ireland, by Thomas Crofton Croker

“Dullahan or Dulachan signifies a dark sullen person.  The word Durrachan or Dullahan, by which in some places the goblin is known, has the same signification….The Death Coach or Headless Coach and Horses is generally regarded as a sign of death, or an omen of some misfortune. The belief in the appearance of headless people and horses appears to be, like most popular superstitions, widely extended.”

4. 1852 – A Dictionary of Archaic and Provincial Words: obsolete phrases, proverbs, and ancient customs, from the fourteenth century, by James Orchard Halliwell-Phillipps, Vol. 1 & Vol. 2

5. 1860 – Popular Tales of the West Highlands, by John Francis Campbell

“If you follow any study, even that of a popular tale, far enough, it will lead you to a closed door, beyond which you cannot pass till you have searched and found the key, and every study will lead the wisest to a fast locked door at last; but knowledge lies beyond these doors, and one key may open the way to many a store which can be reached, and may be turned to evil or to good.”

6. 1863 – The Book of Days, a Miscellany of Popular Antiquities in connection with the Calendar, by Robert Chambers. Vol. 1

“The great bulk of the Russian folk-tales, and indeed, of those of all the Indo-European nations, is devoted to the adventures of such fairy princes and princesses, such snakes and giants and demons, as are quite out of keeping with ordinary men and women, … typified in the combats between heroes of our popular tales and the race of giants, trolls, ogres, snakes, dragons, and other monsters. The air we breathe in them is that of fairyland; the conditions of existence, the relations between the human race and the spiritual world on the one hand, the material world on the other, are totally inconsistent with those to which we are now restricted.”

“There have been several English translation of the Household Tales, and yet this is, I believe the first which has aimed at presenting them precisely as given by the Brothers Grimm.  They wrote down every story exactly as they heard it, and if some of its details chanced to be somewhat coarse, or if sacred persons were introduced with a daring familiarity, which to us seems almost to amount to profanity, they did not soften or omit these passages, for with them fidelity to tradition was a duty which admitted of no compromise…”

(For the tales in English, The Fairy Tales of Charles Perrault, illustrated by Harry Clarke.)

“…In Perrault’s enchanted book they are all with us, figures out of every age, the cannibal ogre that the little Zulu and Ojibbeway children fear not unreasonably; the starving wood-cutter in the famines Racine deplored, the Princess, so like Mademoiselle, the Fairy Godmother you might mistake for Madame d’Epernon; the talking animals escaped from the fables of days when man and beast were all on one level with the gods, and winds, and stars.”

“There was a time when popular tales received scant favor. They were looked upon as ‘idle tales’ and ‘old wives’ fables’, fit only for amusing children and peasants. Labor bestowed upon them was regarded by not a few as labor wasted. All this has passed away. Men of light and leading recognize now the importance of these venerable relics of antiquity, and feel honored in having their names associated with them.”

“The Celtic folk-tales have been collected while the practice of story-telling is still in good vigour, though there are every signs that its term of life is already numbered. … I have endeavoured to include in this volume the best and most typical stories told by the chief masters of the Celtic folk-tale, and to these I have added the best tales scattered elsewhere.”

“To read the old Nursery Rhymes brings back queer lost memories of a man’s own childhood.  One seems to see the loose floppy picture-books of long ago, with their boldly coloured pictures.  The books were tattered and worn,  … Other children, who are little now, will read this book, and remember it well when they have forgotten a great deal of history and geography. Grandmothers have sung them to their grandchildren, and they to theirs, for many centuries.”

Exploring the vast realm of folklore, whether by subject, author, artist, or country, has never been easier with the tools available in the digital world of libraries, museum collections and social media available to us all.  The old way through the landscape is opening at a time when it is, perhaps, most needed.  May the wind be at your back!

NeoPteridoMania had the good fortune to live in the British Isles, Europe and Asia before settling along a river in the bear country of Northeast Pennsylvania. Happening upon #FolkloreThursday on Twitter has been a delightful opportunity for her to meet fellow travelers and connect again with cultures from around the world.