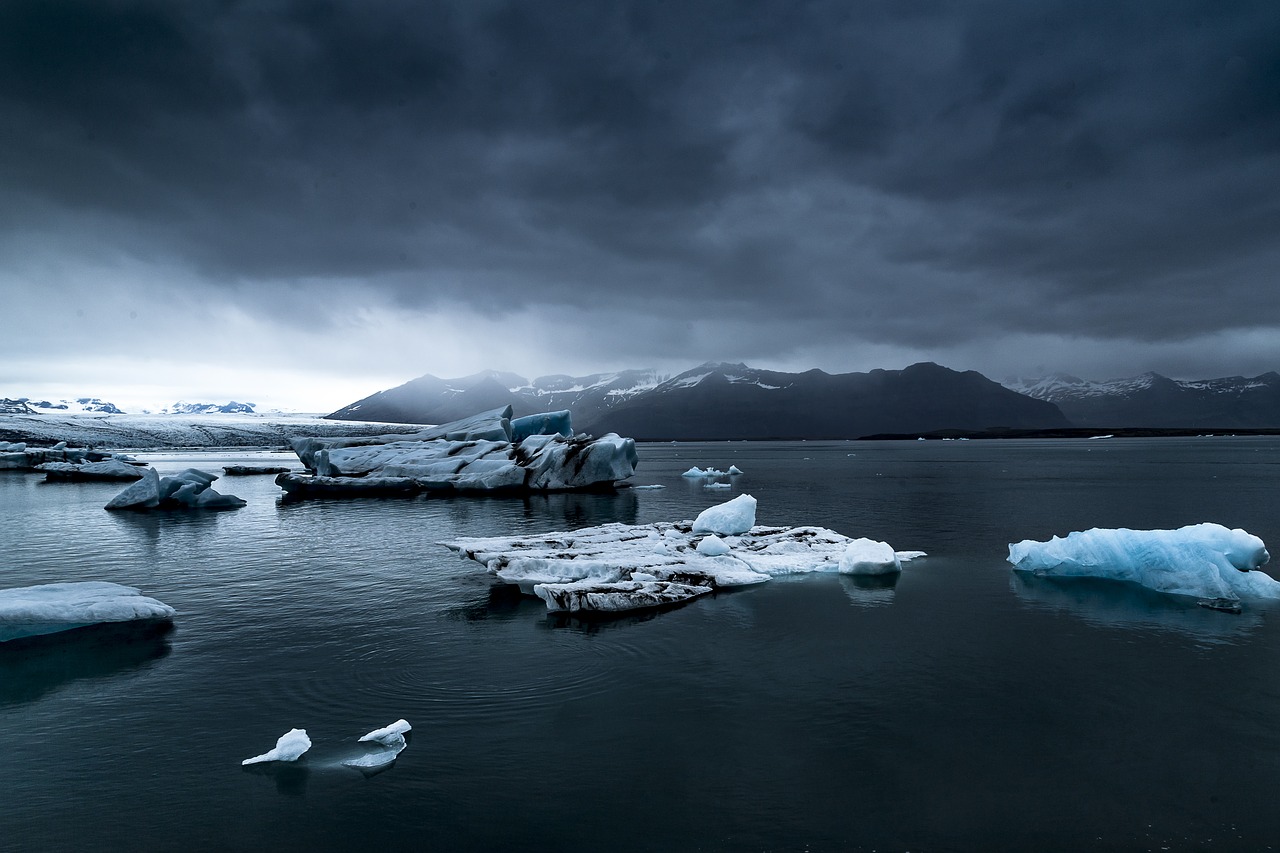 When you speak of Iceland, it is the majestic landscape people imagine: mountains and glaciers, geysers, volcanoes and lava fields. A land’s topography speaks of the forces that have formed it and how it has endured; in Iceland, the shape of people’s beliefs and the ways folklore bisects and enriches everyday life is as striking and memorable as the volcanic landscape. Mythology reflects and refracts the dangers of the natural environment.

Writing, like reading, emerges from empathy: how might I feel if…? Fiction involves reaching out, across time and cultures, to explore how we might react under certain pressures. It’s why reading a wonderful book is so transporting and why The Glass Woman was such a joy to write: I wanted to tell a story about a woman who becomes isolated in a small community, where rumours about death, murder, witchcraft and mythology abound. As I wrote, I found myself immersed in a shifting landscape, where the lines between truth and fiction were as blurred as the distinction between right and wrong. There’s a wonderful Icelandic proverb: a tale is but half told when one person tells it.  I used this as the foundation for a story set in a time where superstition rubbed shoulders with religion, and where the old belief, of magic influencing the living natural world, warred with accusations of witchcraft.

A well-known Icelandic belief is about the huldufólk, who inhabit hills and rocks; they’re believed to be helpful to people in danger, but malevolent towards those who interfere with the land: there are modern day accounts of successful petitions to alter the road construction because it might disturb the dwellings of the ‘hidden people’, who would retaliate. This might not sound markedly different to beliefs about fair folk in other European countries, except that over half of Icelanders claim to believe (or not to disbelieve) in the existence of the huldufólk – and even those who don’t think them real nevertheless know that it ‘doesn’t pay to piss them off.’[1]

Perhaps this is a reflection of the unpredictability of the landscape, the dangers it poses, and Icelander’s inextricable relationship with it. Elsewhere in Europe, and particularly in the UK, we’ve become urbanised and distant from our land: we build upon it, we drill into it, we subdue it. Barely tolerant of the creatures we share it with, we uproot the weeds that would sustain insects; we net the trees that would house birds. In contrast, many Icelanders work alongside nature: tomatoes are grown year-round, but are warmed and watered using the natural hot springs that web like arteries beneath the shifting Icelandic soil; there was an age-old tradition of wrapping food and burying it near a hot spring so that the earth slowly cooked it.

Icelanders might be close to their natural environment, but they’re also more threatened by it: 70-80 people have vanished without a trace since 1930[2] and historically, disappearances were not unusual. In The Glass Woman, one of my characters, Katrín, is haunted by the loss of her child: the girl simply wandered into a snowstorm and was never seen again. The land swallowed her. Katrín believes that the huldufólk kept her daughter ­– I wanted to explore how belief can be a source of comfort for grieving families. However, just as we tell children fairy tales to warn them of predatory men and jealous stepmothers, Icelandic stories warn against sleeping under a birch tree: a greedy troll will turn the leaves to gold and then, while you are gathering the treasure, the troll will feast on your soul. My Icelandic tour guide told this last tale to me; when I asked if he believed it, he laughed.‘It is a story for children. But all tales have some truth in them.’ Fascinated by the blurred line between belief and fact, I gave a similar line to Petúr in The Glass Woman, who mocks Rósa for following the old ways, while hinting that he also believes. Rósa herself, despite being the daughter of a reverend, recites three wishes to the grave of a famous Saga woman, Guthrun Ósvífrsdóttir, and believes wishes will be granted, as long as she can climb the hill of Helgafell without speaking or looking back. This ancient myth, which reminded me of Orpheus’s desperate attempt to rescue Euridyce, is still a practice undertaken by modern tourists – perhaps an example of the way a myth can feed upon itself, particularly in the age of the internet.

Rósa’s story is set against the backdrop of the Icelandic witch trials, which arrived later than in other parts of Europe and where more men were tried than women. Many of the accusations of sorcery focused on the use of runes; I was struck by the way that cultures crush any threat to the centralised power: this was at a time when Christianity was enjoying a revival, and the old traditions of runic readings and spells to rid a croft of misfortune would have come into conflict with the growing authority of the church. However, the fact that relatively few people were tried and burned for witchcraft (120, in contrast to the thousands that were murdered elsewhere in Europe) speaks volumes for Icelandic tolerance of difference, and how the same geographical isolation that makes it unique in terms of landscape, has also shaped its belief systems and its faith in myth and folklore, well into the 21st century.

One of the more disturbing thoughts I’ve had since writing The Glass Woman is how this unique and wonderful landscape is increasingly being subjected to the destructive forces of our modern world: climate change is melting the glaciers, causing the land to rise; this deglaciation is likely to lead to an increase in volcanic eruptions. Icelandic myths originated in a ruthless land, where life was short and dangerous, but nowadays, even as we explain the inexplicable and debunk myths, we may also be altering the environment to such an extent that the land will once again seem like a living, devouring force. And unlike the people in the past, who created narratives to explain these events, we will already know the cause: we’ve written this tale ourselves. The question is whether we will try to change the way this particular story ends.

And perhaps this is where mythology is often placed: at a point of longing. In the past, when life was brief and brutal, trolls and huldufólk were often seen to be feasting or basking by their warm fireplaces, delighting in warmth, safety and rich food: people saw them living the lives they wanted. Now, these mythological figures protect the landscape and live in free and easy harmony with it – a skill we lost long ago. The hidden people nurture the earth and express their disgust at human disregard for the living world. And they warn us to ignore them at our peril.

Win a copy of The Glass Woman by Caroline Lea

The Glass Woman, for a lucky #FolkloreThursday reader this May,

with another going to a #FolkloreThursday Patreon sponsor!*

‘1686, Iceland.
An isolated, windswept land haunted by witch trials and steeped in the ancient sagas . . .
____________
Betrothed unexpectedly to Jón Eiríksson, Rósa is sent to join her new husband in the remote village of Stykkishólmur. Here, the villagers are wary of outsiders.
But Rósa harbours her own suspicions. Her husband buried his first wife alone in the dead of night. He will not speak of it.
The villagers mistrust them both. Dark threats are whispered. There is an evil here – Rósa can feel it. Is it her husband, the villagers – or the land itself?
Alone and far from home, Rósa sees the darkness coming.
She fears she will be its next victim . . .’

Sign up for the #FolkloreThursday newsletter to enter (valid May 2019; UK & ROI only).

Caroline Lea grew up in Jersey and gained a first class degree in English Literature and Creative Writing from the University of Warwick, where she now teaches on the Creative Writing degree. The Glass Woman was published in February and is due to be published in 4 other countries. Her fiction and poetry have been shortlisted for the Bridport Prize, the Fish Short Story Competition and various flash fiction prizes. She currently lives in Warwick with her two young children and is writing her next novel. Follow Caroline on Twitter.