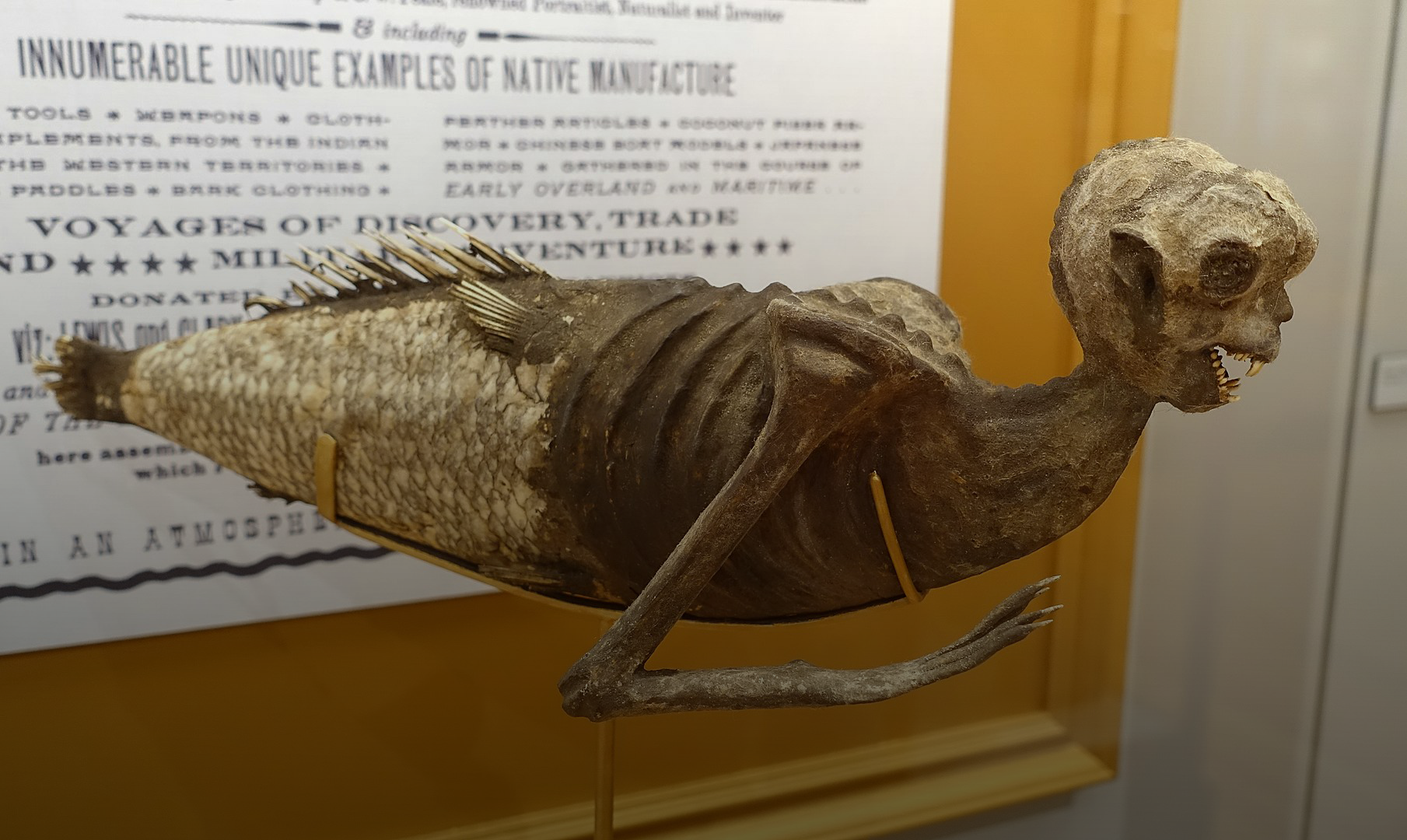 The early sirens, the ones Odysseus encountered, were not fish at all but bird-women, but they had those great siren qualities – bewitching songs and the will to lure the unwitting to a bad end. Fortunately the man himself was tied to the mast of his boat with his ears stopped to their enchantments or else Odysseus, for all his mettle, would not have had the willpower to resist. Brought up on Don Chaffey’s epic ‘Jason and the Argonauts’ film of 1963 and a household in love with Dolly Parton, I imagined these classic sirens as terrifying jerkily animated country singers. At some point the sirens dropped their feathers and grew tails and became Disneyfied. They never lost their songs but it all became a little sweet natured for me. The Hans Christian Andersen fairy tale, ‘The Little Mermaid’, variously and endlessly adapted, has light and darkness. The story is horrific. The mermaid gives up her watery world for love of a feckless prince, endures constant pain as a two-legged mortal and despite her sacrifice is betrayed by her beloved who throws her over for another girl. Instead of giving vent to some healthy revenge the broken-hearted mermaid dissolves back into her element to leave the love-rat prince and his new bride to live another day. The Little Mermaid may well win herself a soul through the goodness of her heart but what’s more interesting are the themes swimming through this and every brush with a mermaid; female power, betrayal and transformation. These are themes you might keep in mind when you meet the merrow, the elusive Irish cousin of the Little Mermaid. Unlike her fair cousin, the wild-hearted merrow that grew in my imagination doesn’t stint on revenge.

I first encountered the merrow in Thomas Crofton Croker’s Fairy Legends and Traditions of the South of Ireland, published in 1825. Cork-born Croker had a passion for poetry and folklore and superstitions, spending a lifetime rounding up and rewriting old tales.  In ‘The Lady of Gollerus’ we meet a baffled merrow who washes up to be claimed in matrimony by pipe-smoking, waterside loiterer Dick Fitzgerald. Dick instantly knows the merrow for what she is from her little enchanted cap that allows her to live underwater – which he instantly seizes so that she’s unable to escape back into the briny. She cries salt tears. He comforts her, stroking her webbed hand. After some initial doubts on the merrow’s part as to whether the man will kill and eat her, she agrees to marry him. She’s a catch: beautiful, with sea-green hair and a very rich father who is king of the waves. In this story the supernatural tips into the everyday with a down-to-earth discussion regarding material resources. The merrow may not understand what money is but has fishes that bring her whatever she wants. She says ‘oyster-beds’ he says ‘feather-bed’ – this can’t end well. But the priest agrees to marry them after being persuaded that man can marry fish, not by Dick’s love-struck argument, but by the promise of a cut of the merrow’s gold. Dick hides the merrow’s stolen magic cap, they have three children and she is an exemplary wife and mother. Then Dick goes off to Tralee on a jolly. The merrow finds her magic cap while dutifully cleaning the house. She remembers her family in the sea, kisses her children goodbye and goes down to the strand where ‘all her old ideas and feelings come flooding over her mind.’ The neighbours see her leave, ‘with a strange looking thing like a cocked hat in her hand.’ Dick waits a lonely lifetime for her return. I think of my own grandmother in rural Mayo whenever I read this story. Her dreams of being a schoolteacher put paid to by a handsome boy, marriage, eleven (surviving) children and years of hard graft to make ends meet. Was there ever a lull where her old ideas and feelings could come flooding over her mind? In Croker’s story the merrow’s free-spirited nature is subdued by marriage and domestic servitude. She’s kept in place by no more than a trick, a sleight of hand, a stealing away of the right to the freedom she was born with. The image of a woman transformed from a wild creature of the sea to a domesticated mortal is found in other shape-shifting folklores, such as the seal-skin-shedding selkie. This metamorphosis, in most cases, is not plain sailing.

My rewriting of the merrow myth brings Irish folklore to Victorian London during the time of the collector, the circus and a public clamouring for the spectacle. This was a time of grit and magic. A time of innovation and discovery but also crushing poverty, high mortality, no safety nets. To survive and avoid the dehumanising conditions of the workhouse some kind of a living must made. Science was making the miraculous, the fantastic, possible. 1863, the year my detective, Bridie Devine takes on her most challenging case, saw the first stretch of the underground built in London. Some said journeying on the Underground could age passengers by decades. Nothing changes. A merrow in this time and place can become more than a myth, she can become a curiosity, and therefore, a commodity. There was a fascinating traffic between the world of the showman and the world of the medical man (the running of circuses and the gathering of knowledge about the human, animal and natural world at this point being largely in the hands of men). The showman was apt to spin a fantastic reading, calling on the man of science to verify the ‘truth’ of their curiosity. The man of science scouted sideshows for case studies. To construct my Victorian merrow myth I drew inspiration from another remarkable siren and the furore around her. ‘The Feejee Mermaid’ was acquired by the captain of a merchant vessel, Samuel Barrett Eades, via Dutch and Japanese sailors, in exchange for a ship (not the captain’s own). The mermaid returned to London and Eades sought the opinion of respected anatomists. Back half being fish, front half being monkey, the experts were unable to give Eades the authentication he wanted. But the mermaid was exhibited in London nonetheless in 1822 to massive attendance. In response to disbelievers Eades pretended scientific support for his mermaid, was found out and the exhibit lost popularity. But the fake mermaid would live another life. Bought by legendary U.S. showman P. T. Barnum in 1842, she was certified by a spurious expert and touted about with a ‘real or not – you decide!’ billing. Real or fake, this variety of mermaid (there was more than one) would prove unforgettable. They seem to claw their way forwards on thin arms with their round rib cages and tapering tails and mouths full of teeth. More pike than sea princess. Research suggests that these creatures may have been made for processions or shrines in Japan. Paolo Viscardi, writing on the Horniman Merman, devised a step-by-step ‘recipe’ for the making of a merman, which involves clay, jaws, wire and a bit of skill. [1] But I’m happy with the ingredients that make up my own mermaid – a slither of merrow myth, a twist of London fog and a whole load of wrath.

Win a copy of Things in Jars by Jess Kidd

This winter, we have a copy of Jess Kidd’s excellent novel, Things in Jars, for one lucky newsletter subscriber, with one also going to one of our Patreon supporters!*

A BOOK OF THE YEAR IN DAILY EXPRESS, I AND IRISH INDEPENDENT

The case of the extraordinary child . . .

London, 1863. A strange puzzle has reached Bridie Devine, the finest female detective of her age. To recover a stolen child, Bridie must enter the dark world of medical curiosities. The public love a spectacle and this child may well prove the most remarkable spectacle London has ever seen.

Things in Jars is a Victorian novel unlike any other, one that explores what it is to be human in inhumane times.

*Sign up for the #FolkloreThursday newsletter to enter our competitions this month (valid January and February 2020; UK & ROI only). For an extra chance to receive copies of the latest books and folklore goodies, become a #FolkloreThursday Patron supporter!

Jess Kidd is the author of Himself and The Hoarder, also titled Mr. Flood’s Last Resort (U.S.), winner of the 2016 Costa Short Story Award. Jess’ debut novel, Himself, was published by Canongate in October 2016. The Hoarder, her second novel, hit the shelves in February 2018. Jess’s third book Things in Jars came out 4 April. She is also currently developing her own original TV projects with leading UK and international TV producers and is writing a children’s book and a novella. Visit her website or follow her on Twitter.