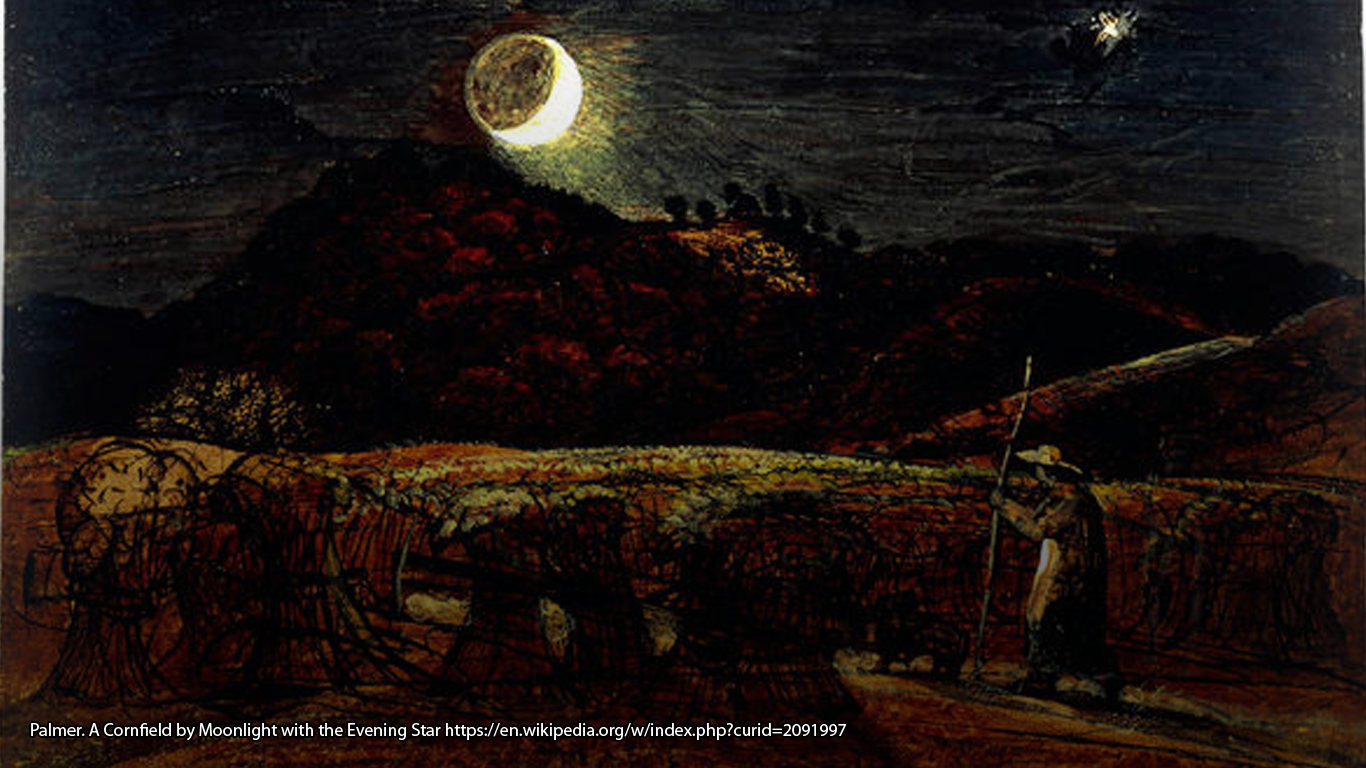 Incorporating folklore can add authenticity, richness and whole new layers of meaning to historical fiction. Novelist Melissa Harrison explores how traditional practices and beliefs around the harvest informed her creative process when she was writing her new book, All Among the Barley.

When I began writing my third novel I knew I wanted to set it on an English arable farm in the 1930s. It was a time of flux and transition, when horse power was giving way to mechanisation and folk wisdom and tradition were loosening their hold on a rural world shocked by war. Innovations in agriculture took a lot of the guesswork out of farming (though by no means all), and this meant that many of the old superstitions which had for so long been a way to create certainty fell away – sometimes in the space of a single generation. I wanted to explore what it must have been like to live in a world in which one belief system was giving way to another; to imagine a life governed both by magic and by science.

Wych Farm in the East Anglia, where All Among the Barley is set, is worked by a pair of Suffolk Punch horses, Moses and Malachi, but there’s also a Fordson tractor in the old, black-timbered barn, and an Albion reaper-binder. John, the farm’s horseman and a survivor of the trenches, is one of the last initiates into the old tradition of ‘horse magic’ with its rituals involving toads’ bones and fern seeds, and hag-stones hung over the stable door; he’s also now required to keep the tractor and other ‘modern’ machinery in good repair.

The book’s climax coincides with the arable harvest. A visitor from London, Constance, is disappointed to find that they do not ‘cry the neck’ and that there’s no longer a Harvest Home celebration (“But we’re not peasants now, Connie, harvesting all the fields together for the local squire. The farmers all finish at different times these days; it wouldn’t work,” 14-year-old Edie, the farmer’s daughter, explains). Echoes survive, though, of some of the old traditions: “Father would cut two stalks of wheat for each of us and twist them together, ‘Like a man and a maid’, the saying went. The men would wear them in their waistcoat buttonholes until the very last load was in… It was bad luck to lose yours while there was still corn to cut, though I suppose it must have happened to one of us at some time, and been quietly replaced.”

In many cultures folk beliefs abound concerning the cutting of both the first, and most particularly the final sheaf of the crop, and its preservation for the following year, for in it abided the spirit of the corn – or at the very least, good fortune for the next harvest. In some areas, sickles were cast at the last stand of wheat from a distance (and sometimes backwards!) so that none should be blamed for capturing the corn spirit; usually, once cut it was kept, plaited into a ‘kern dolly’ (also called a ‘maiden’, a ‘mell’ or sometimes a ‘widow’), dressed in Kent in paper cut like lace, or bound with red, witch-repellent thread. But ‘crying the neck’ (or the ‘knack’, or sometimes ‘mare’) was one of the most haunting harvesting traditions I came across; it mainly took place in the south-west of England – which is why, in my book, young Edie is confused when the older woman asks her about it.

In the final field left to be harvested (which was often the one on highest ground), the oldest or most experienced reaper bound the final stalks of wheat into the figure of ‘the neck’ – a roughly female form with a small waist and wide skirt – which was then held close to the ground. All the harvesters formed a circle around it, stooped and bareheaded; as it was raised, everyone cried “the neck!” three times, and hats were thrown into the air; some records tell of other chants and rhymes, which varied by region. The neck would sometimes be kept at the farmhouse until the following harvest, when it was burned and replaced with a new one, but in some places was ploughed into the soil on Plough Monday, the day farm-work resumed after Christmas and New Year.

“On a fine, still autumn evening the crying of the neck has a wonderful effect at a distance,” wrote one gentleman-farmer in the early 19th century. “I have once or twice heard upwards of twenty men cry it, and sometimes joined by an equal number of female voices. About three years back on some high grounds, where our people were harvesting, I heard six or seven ‘necks’ cried in one night, although I know that some of them were four miles off. They are heard through the quiet evening air, at a considerable distance sometimes” (North Devon, recorded by William Hone in The Every-Day Book, 1826). It is typical that the ‘magical’ element of the ritual coexisted with healthy pragmatism, for there was often a great deal of rivalry between neighbouring farms and crying the neck from an elevated spot was excellent proof of who had finished first.

Edie is right that a real Harvest Home – a celebration for the whole community – only made sense under the feudal system, but many farms held a harvest supper (sometimes called the ‘feast of ingathering, or ‘mell-supper’ in the northern counties of England), once the last load had been brought in from the fields. This was an event for everyone from farmer to hired hands, with beef and beer, singing and dancing, toasts to the master and mistress, drinking games, and previous harvests recollected and discussed.

Even after these suppers dwindled away the tradition persisted in some places well into the middle of the 20th century of driving the final load of the harvest, decorated with boughs and bunting, through the village or town so that local people could come out and cheer, and join the swelling procession as it called at the various public houses. That it clung on for so long was due to one most powerful effects of folk traditions: that of binding people together in common practice, forming bonds and creating shared memories; a way of linking a community no longer much involved in the harvest to the once-crucial high point of the agricultural year.

All Among the Barley by Melissa Harrison is now available from Bloomsbury.

Win a copy of  All Among the Barley by Melissa Harrison

The wonderful folks over at Bloomsbury have offered a copy of Melissa’s amazing new novel, All Among the Barley, for a lucky #FolkloreThursday newsletter subscriber this month, and another as a gift for one of our kind Patrons*!

‘The autumn of 1933 is the most beautiful Edie Mather can remember, although the Great War still casts its shadow over the fields and villages around her beloved home, Wych Farm. Constance FitzAllen arrives from London to document fading rural traditions and beliefs. For Edie, who must soon face the unsettling pressures of adulthood, the glamorous and worldly outsider appears to be a godsend. But there is more to the older woman than meets the eye. As harvest time approaches and pressures mount on the entire community, Edie must find a way to trust her instincts and save herself from disaster.’

(*For an extra chance to receive copies of the latest books and folklore goodies,

Melissa Harrison is a novelist, nature writer, critic and columnist whose previous books include Clay, At Hawthorn Time and Rain: Four Walks in English Weather. She lives in Suffolk and London, and can be found on Twitter at @m_z_harrison.